Although they belonged to the highly developed civilizations of ancient Greece and Rome, the ancient Epicureans were fascinated by the recognition that human beings had not always lived in cities or practiced farming, industry, and commerce. They were aware that their ancestors had formerly lived in families and tribes with little political organization. They understood that they had only later come together into federations, empowered kings and magistrates, and enacted laws and systems of punishment for offenses and crimes. Relying on the manuscripts of Epicurus, as well as on the knowledge of his contemporaries about the distant past, Lucretius thought deeply about the origins of civilization, and in the fifth book of On the Nature of Things he narrated the story of humanity, drawing important conclusions about technological progress, human happiness, and political oppression that deserve our continued attention.

Lucretius describes the earliest phase of human life as dangerous but in many ways attractive. Adults lived as solitary foraging animals (presumably carrying or followed by their children). Many were “caught by wild beasts and provided them with living food for their teeth to tear,” while others died of their wounds “as no one knew anything of medicine.” But, says Lucretius pointedly, “Never in those times did a single day consign to destruction many thousands of men marching beneath military standards; never did the boisterous billows of the ocean dash ships and sailors upon the rocks.” People died of famine, but not of surfeit; they got poisoned accidentally from eating the wrong thing, whereas “nowadays they make away with themselves more expertly.” 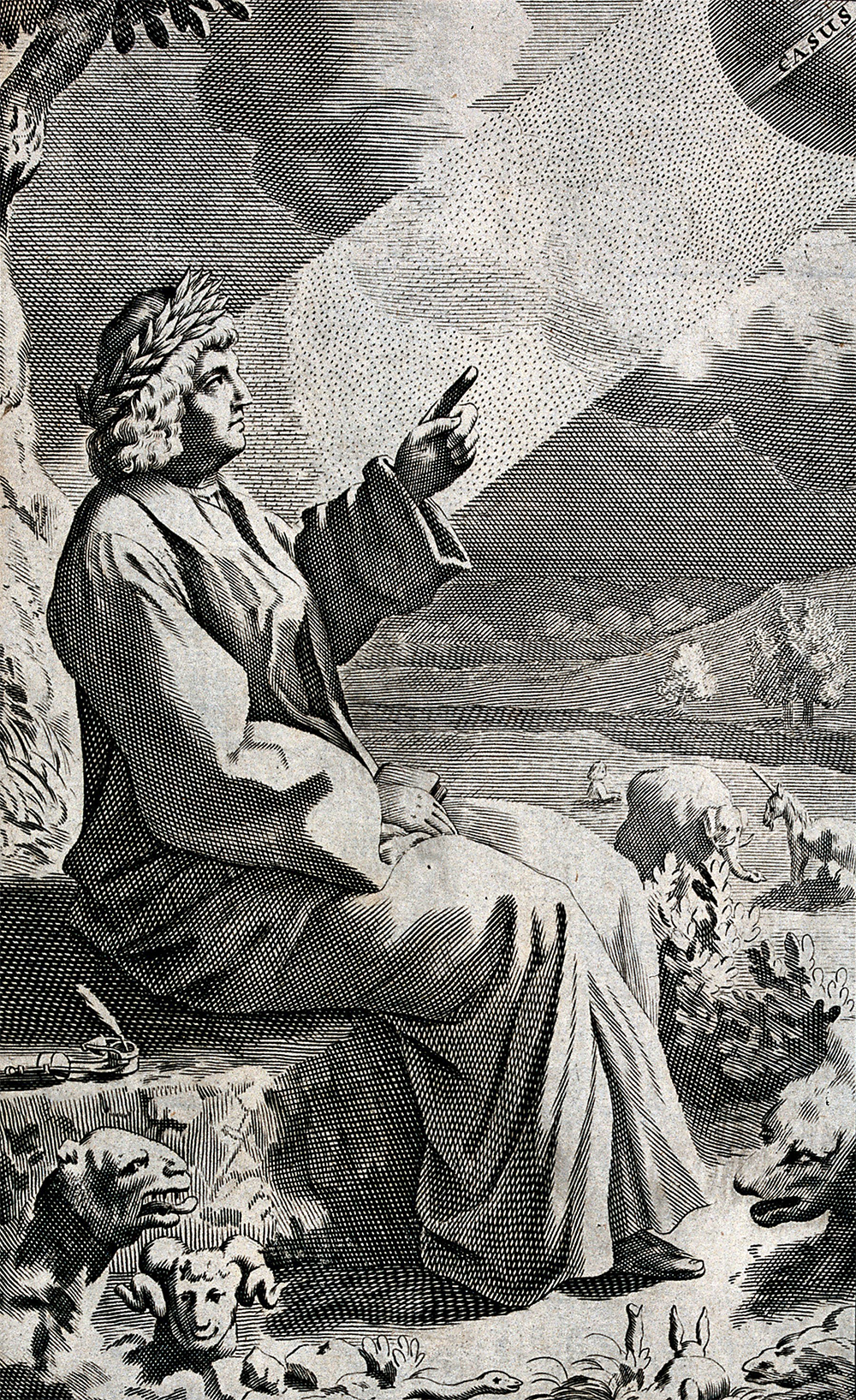 Fire was not stolen from the gods, as the Greek myth of Prometheus had it, nor was it a divine gift. Rather, Lucretius explains, forest fires were frequent in those early days, caused by lightning or the friction of tree branches rubbing against one another. People figured out how to capture, control, and preserve fire, and this marked a turning point. They grew used to warmth and drew together to live as families in huts. They learned to cook their food, and living with women and children made men gentler and more obliging. Human language, which Lucretius saw as just another form of animal language, was invented, along with crafts such as plaiting and weaving. Although they fought with stones and clubs, early humans could not do each other much damage. There was relative equality and relative freedom without priests and judges to lay down the laws and threaten punishment.

Lucretius’ reconstruction has been largely validated by archaeologists and students of the few remaining hunter-gatherer societies. Anthropologists have noted the “preference for equality” in small and simple societies and the resentment of anyone who begins to act in an aggressive manner. There may be a headman in larger tribal societies, but his main function is to negotiate with outsiders, not to make rules for insiders, and he does not normally distinguish himself in dwelling or dress. How, then, did human beings make the transition from living in small, relatively egalitarian groups to oligarchies and imperial bureaucracies? In these political structures, wealth and power are concentrated in a small number of hands, and a very few rulers make decisions affecting the experiences and even the survival of millions of their subjects. For, as Lucretius emphasizes, though he perhaps exaggerates the uninterrupted harmony of archaic life, warfare was unknown. All motivation to attack the neighbors was lacking, as well as effective weapons for doing so.

Lucretius is vague about how this happened. He supposes that “those endowed with exceptional talents and mental power” invented new and admired practices and that kings appeared who rewarded their favorites and built cities. The invention of money brought in a new political era. “Later, wealth was invented and gold discovered, [which] robbed the strong and handsome of their prestige; for as a general rule…people…follow in the train of the rich.” 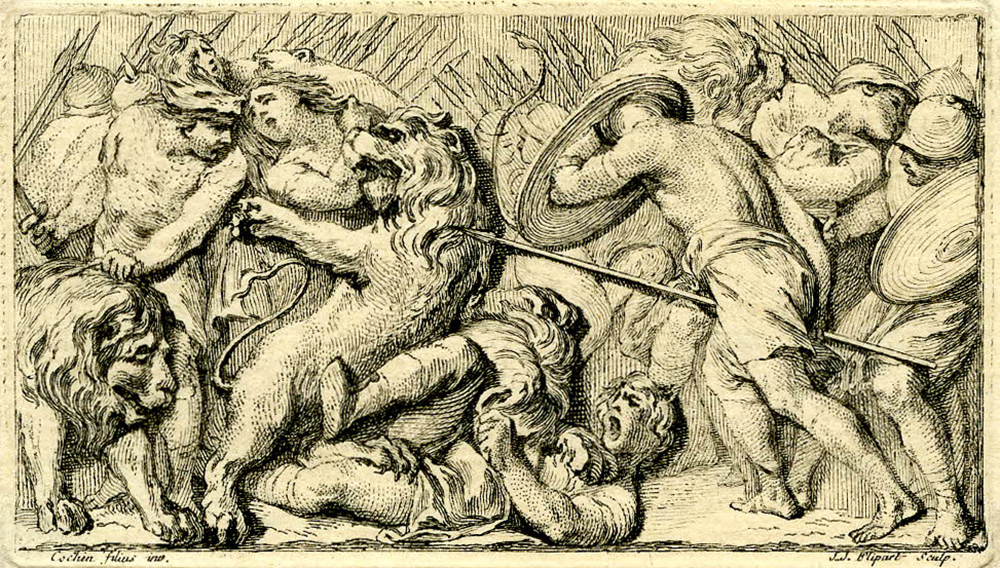 In Lucretius’ account, archaic society came to an end with a chance discovery, the discovery of the metals: copper, gold, iron, silver, and lead. People observed how, in the immediate aftermath of a forest fire, metals oozed and ran out of rocks and solidified in new shapes. Here was a material that was far harder and more durable than wood and that, unlike stone, could be formed as one wished. Human ingenuity took over, and with metal technology came agricultural slavery, class divisions, and brutal conquest. “With bronze they tilled the soil, and with bronze they embroiled the billows of war, broadcast wide gaping wounds; and plundered flocks and fields; for everything unarmed and defenseless readily yielded to the armed.”

Contemporary archaeology bears out Lucretius’ view that cities, trade, and warfare evolved rapidly with the introduction of metal technology. With the plow and draft animals, human beings could now till vast fields and grow, store, and trade grain, the new staple of the diet of the poor. With saws and hammers they could build houses, walls, and fences to keep people indoors and livestock segregated. Carts for trade and travel could be furnished with wheels and drawn by domesticated animals. Tools applied to mining brought up precious metals and gems. With the new abundance of food wrested from the soil, populations grew and markets expanded. The art of shipbuilding made long-distance travel possible. A vast gap began to open up between rich and poor. The rich were those who persuaded or forced others to work for them in the fields, to manufacture tools and ornaments, to build dwellings for them, and to fight their battles. The poor were those who had no choice but to enslave themselves to the rich.

This process involved gains and losses. Life became safer in some ways, and the countryside was beautified, “attractively dotted with sweet fruit trees and enclosed with luxuriant plantations.” Village life remained idyllic, Lucretius thought. People would lie in the grass in friendly company and “there would be jokes, talk, and peals of pleasant laughter.” Bedecked with garlands of flowers, they amused one another with simple, rather clumsy dances. Singing was a good remedy for insomnia. 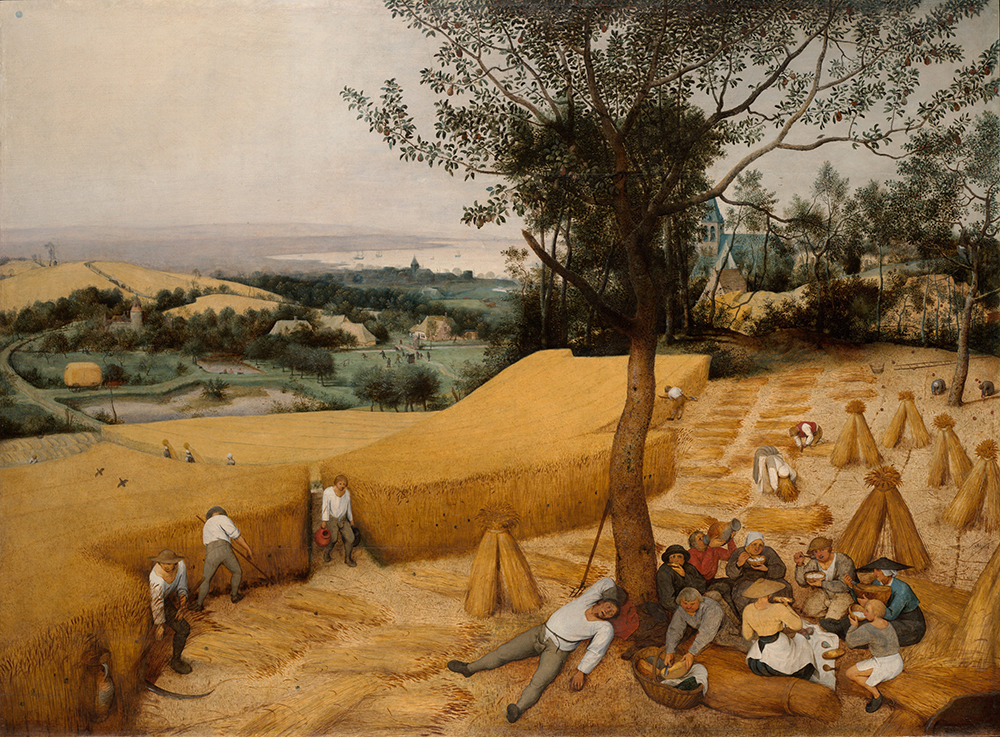 At the same time, everything got worse in other respects. Shipbuilding made long-distance warfare possible. Iron spears were far deadlier than Stone Age weapons, and there was now more to fight for. In the cities, the rich began to vie among themselves for wealth and power, and a period of bloodshed and chaos ensued.

The situation sank to the lowest dregs of anarchy, with all seeking sovereignty and supremacy for themselves. At length some of them taught the others to create magistracies and established laws…The reason why people were sick and tired of a life of violence was that each individual was prompted by anger to exact vengeance more cruelly than is now allowed by equitable laws.

If humans had not invented law and bureaucracy, that would have been an end to our species. But they did. Criminality was suppressed, enabling wealthy civilizations to advance further with the building of roads, the erection of palaces, and the creation of artworks.

As we now know, ancient artisanship produced objects of utility and beauty for trade and domestic use, but only by making use of slave labor in huge urban workshops. The concentration of settled populations fostered learning in mathematics, astronomy, philosophy, and other sciences, as well as the great feats of ancient engineering. It also produced a parasitic upper class that lived from the hard labor of others, enjoying their rents, tax revenues, and inheritances, but at the same time gnawed by anxiety over managing and retaining their wealth. Whether rich or poor, Lucretius observed, “human beings never cease to labor vainly and fruitlessly, consuming their lives in groundless cares, evidently because they have not learned the proper limit to possession, and the extent to which real pleasure can increase.” Ambition, aggression, and corruption render societies that appear externally to be flourishing internally rotten.

One of the most important insights to take away from Lucretian prehistory and its reworking is that the purpose of political authority is to reduce interpersonal violence and to make life secure for all. A second insight is that our political and legal systems have been shaped by chance discoveries and new technologies. A third is that while life under civilization offers a range of marvelous goods and experiences, uncontrolled and concentrated wealth and ambition make exploitation, warfare, and corruption inevitable.

There is no cosmic plan in history, no destiny toward which we are inevitably traveling. No divinity is guiding us or watching out that we do not make mistakes that unleash nuclear war or that render most other species extinct and the earth uninhabitable. Chance discoveries are still possible, and human ingenuity is seemingly inexhaustible. But the search for power and gratification by the few at the expense of the many is an inevitable feature of civilization that could be better controlled than it is, even if it can never be banished once and for all.

Excerpted from How to Be an Epicurean: The Ancient Art of Living Well by Catherine Wilson. Copyright © 2019. Available from Basic Books, an imprint of Hachette Book Group, Inc. 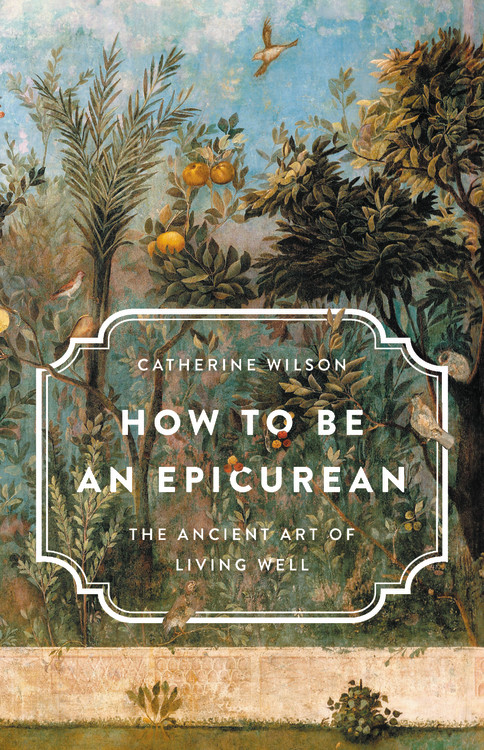 Catherine Wilson received her PhD in philosophy from Princeton University and has taught at universities in the United States, Canada, and Europe. She has published more than one hundred research papers and eight books, including How to Be an Epicurean, A Very Short Introduction to Epicureanism, and Metaethics from a First-Person Standpoint. She is currently visiting presidential professor of philosophy at the Graduate Center, CUNY.