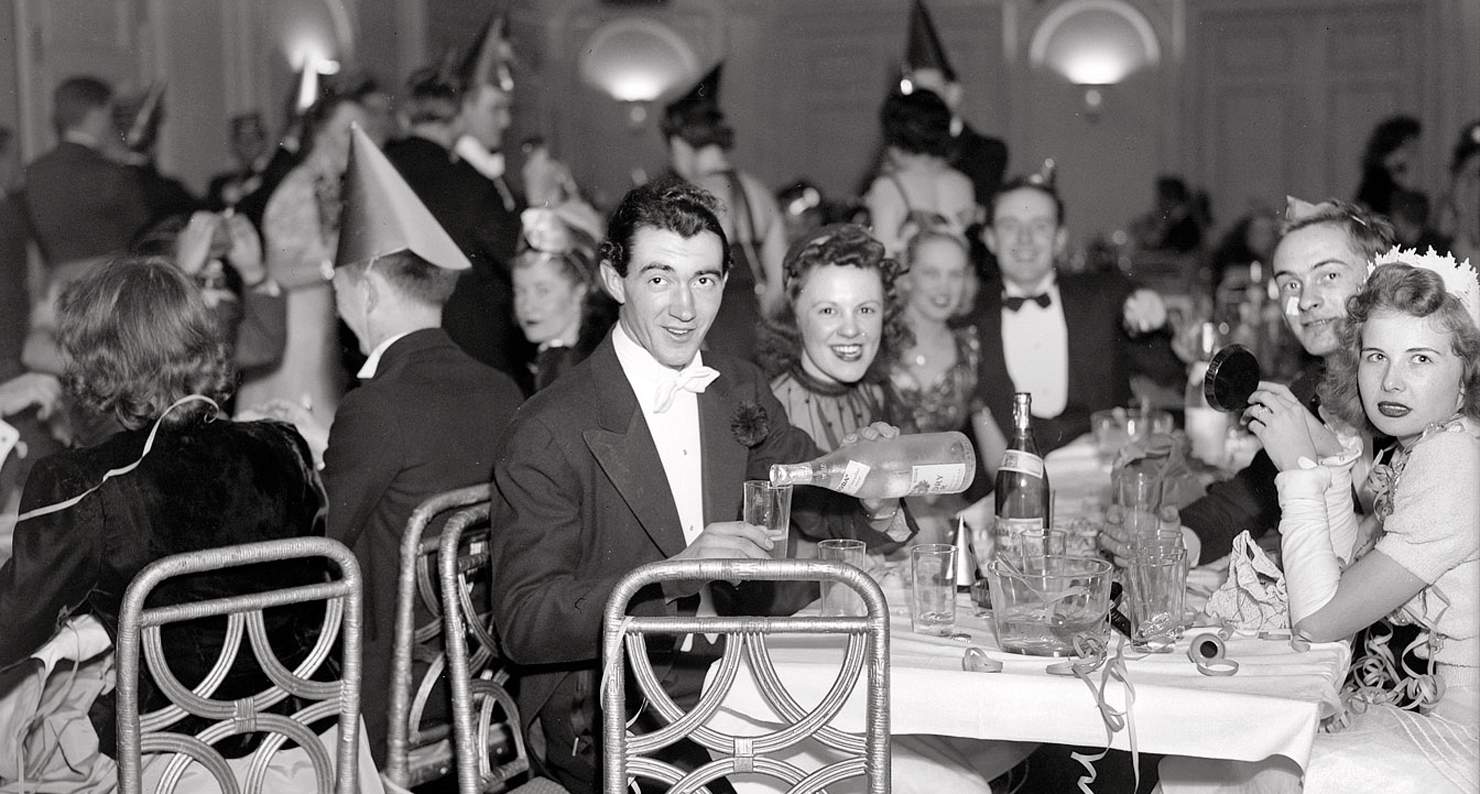 Zakhar Kuzmich Diadechkin was having a New Year’s party. The idea was to celebrate both New Year’s Eve and the birthday of Malania Tikhonovna, his wife and the mistress of the house.

Many people were there. All of them were serious, respectful and sober; not one scoundrel among them. All wore pleasant expressions and held respect for their own dignity. Some were sitting in the living room, on a long sofa covered with cheap vinyl. The landowner, Gusev, and the owner of the nearest grocery store, Razmakhalov, were there. They spoke about bribery and drink.

“And the most important thing, Alexei Vasilievich, is law and order.”

“There must be law and order. Right here at home, so many bad things are happening. How can you establish law and order?”

Three old women were sitting in a half circle around them, looking at the men’s mouths with amazement. They looked, astonished and awed, at the two men talking about such clever things. Gury Markovich, their in-law, was sitting in the corner of the room, looking at icons. Suddenly, a soft noise came from the lady’s bedroom. There, some younger boys and a girl were playing bingo. The bet was one kopeck. Kolya, a first-year high school student, was standing next to the table, crying. He wanted to play bingo, but the other children would not let him. Why should a young boy play if he did not have a kopeck?

“Don’t cry, fool! Why are you crying? I think your mother should beat you.”

“I have beaten him enough,” sounded the mother’s voice from the kitchen, “you bad boy. Varvara Gurievna, pull him by the ear.”

Two young girls in pink sat on the mistress’s bed, which was covered with a cotton blanket that had lost its original color. A man, twenty-three years old, sat in front of them, a clerk from the insurance company. His name was Kopalsky, and his face reminded one of a cat. He was flirting with them.

“I am never going to marry,” he said, looking dashing and adjusting the tightly fixed collar on his shirt. “A woman is a wonderful thing for a man, but at the same time she can ruin him!”

“You are so naive! I don’t want to be cynical, but I happen to know that men stand much higher than women when it comes to love.”

Mr. Diadechkin and his elder son Grisha were pacing from one corner of the room to another, looking like two wolves in a cage. They were burning with impatience. They had already had a couple of drinks at dinner before, and now, they wanted another. Diadechkin went to the kitchen. There, the mistress of the house was covering a pie with powdered sugar.

“Malania, the guests would like some more snacks to be served,” said Diadechkin.

“They’ll have to wait. If you eat and drink everything now, what am I going to serve at midnight? You can wait. Get out of the kitchen and don’t get in my way.”

“Can I have just one small shot, Malasha? You won’t even notice it.”

“What a man! Out of the kitchen! Out! Go talk to our guests! You’re not wanted here, in the kitchen.”

Diadechkin went out and looked at the clock. It showed only eight minutes after eleven. There were fifty-two minutes before the long-awaited moment. The waiting was terrible! Waiting for a drink is one of the worst things. It is better to wait for a train for five hours outside in the snow than it is to wait for a drink for five minutes. Diadechkin looked angrily at the clock, took a few steps across the room, and moved the big hand five minutes ahead. And what about Grisha? Grisha was thinking that if he did not get a drink then he would have to go to the pub and drink by himself. He was not ready for that.

“Mother,” he said, “the guests are upset that you’re not serving them any treats. This is no good. You want to starve them to death? Give them a shot.”

“Wait for it! It’s coming soon! Don’t hang around in the kitchen!”

Grisha slammed the kitchen door noisily and went to look at the clock for the hundredth time. The big arm was merciless; it was almost at the same spot.

“This clock is slow,” Grisha said to himself, and moved the big hand seven minutes forward.

Later, Kolya was running past the clock. He looked at it and started to calculate the time. He was waiting for the moment when they would start crying “Hurray,” but the hand of the clock seemed to be motionless. He got very upset; he climbed the chair, looked around furtively and stole five more minutes from eternity.

“Do you want to see what time it is now? I am dying with impatience,” said one of the young ladies to Kopalsky. “The New Year is approaching, and it brings us new hopes and new happiness.”

Kopalsky made a bow and ran to the clock.

“Oh my goodness,” he murmured, standing by the clock. “It is such a long wait, and I am so hungry. I can’t wait to kiss Katya, as soon as they cry ‘Hurray!’”

Kopalsky came back, then returned to the clock and shortened the old year by ten minutes. Diadechkin drank two glasses of water, but the burning inside did not stop. He paced around all the rooms. Every time he went into the kitchen, his wife pushed him out. The bottles standing on the window were tearing his soul apart. What should he do? He had no power to resist. He jumped at his last chance.

He went into the children’s room to the clock, but he saw a scene that disturbed his heart. Grisha was standing in front of the clock moving the minute hand.

“There, now there are eleven minutes until the New Year.” Grisha and his father went to the hall and started setting the table.

“Malania, the New Year is coming!” Diadechkin cried to his wife.

Malania Tikhonovna came out from the kitchen to check the time. She looked carefully at the clock. Her husband had not lied to her. “What am I going to do?” she whispered. “The peas for the ham are still sitting in the oven raw. What am I going to do? How can I serve it?”

Then, after a short pause, Malania Tikhonovna moved the clock backward with a trembling hand. The old year received another twenty minutes back.

“They can wait,” said the woman, and returned to the kitchen.

“The Intentional Deception” is excerpted with permission from A Night in the Cemetery: And Other Stories of Crime and Suspense, by Anton Chekhov. Reprinted by arrangement with Pegasus Books. All rights reserved.

While studying medicine at Moscow University, Anton Chekhov supported his family by working as a journalist and a writer of comic sketches. By 1888 he had produced a larger body of work than he did during his subsequent literary career as the author of such works as “Ward No. Six,” Three Sisters, and The Cherry Orchard.