In the spring of 1923, fourth-grade student Leopoldine Eichberger was practicing her grammar lessons and noting which words were giving her trouble under the watchful eye and strict guidance of her elementary school teacher, Ludwig Wittgenstein. She was one of many primary school pupils that Wittgenstein taught between 1920 and 1926 in a series of small villages in Austria. The years when this influential philosopher dedicated himself to teaching young pupils are not well understood—and the dictionary that he authored during this time even less so.

For six years, Wittgenstein instructed the children of farmers and factory workers in the rural communities of Trattenbach, Puchberg am Schneeberg, and Otterthal in Lower Austria. He was responsible for teaching students in grades four through six all subjects, from writing to mathematics, science to music. His service in World War I and his long struggle to publish the Tractatus Logico-Philosophicus—a work he considered to be a conclusive answer to the extant questions of philosophy—had alienated him from academic philosophy. Having grown up in one of the wealthiest families in Europe, he had renounced his significant inheritance a few years earlier: he sought an ascetic life. His self-imposed exile from the world of philosophy and Cambridge (where Wittgenstein studied and taught before and after this period) thus rendered his years as a schoolteacher an “entirely rural affair.”

Throughout 1925, he worked on putting together a small dictionary of German words for his students, which would become known as the Wörterbuch für Volksschulen (Dictionary for Elementary Schools). It was published by a Viennese press in the fall of 1926. This was a few months after a harrowing corporal punishment incident in which Wittgenstein struck a student, causing the student to collapse. He abruptly abandoned his teaching career and moved back to Vienna. The dictionary Wittgenstein produced would become the second of only two works that was published in his lifetime. The original volume of forty-two pages and nearly six thousand word entries was meant to fill a pedagogic need for his students. The two dictionaries available at the time were not up to the task: “One was too big and too expensive to be used by children…The other was too small and badly put together, containing many foreign words which the children were unlikely ever to use, and omitting many words commonly misspelt by children.”

However, as one of the most eminent philosophical thinkers of the twentieth century, he could not leave behind his insatiable fascination with language and meaning in his new career. Beyond practical needs, Wittgenstein’s keen interest in how his students were learning the use of words and their spelling becomes clear through his justifications and explanations provided in the dictionary’s preface. His meticulous choices and attention to detail in how to construct the book helped to “guard [the student] against confusions in the best way possible.” How does a young student learn a new word, idea, or concept when previously they were unable to use it themselves? An adult can often rely on prior concepts in relation to which a new concept makes sense, but a child learning a word or concept for the first time often does not have such prior understanding to bring to bear on a new idea. Instead, a child needs to practice and have the chance to use the word in new contexts. This lesson stuck with Wittgenstein many years later, when he wrote that “the usefulness of this sign must emerge from experience.” And the dictionary was a means for his students to gain just that. 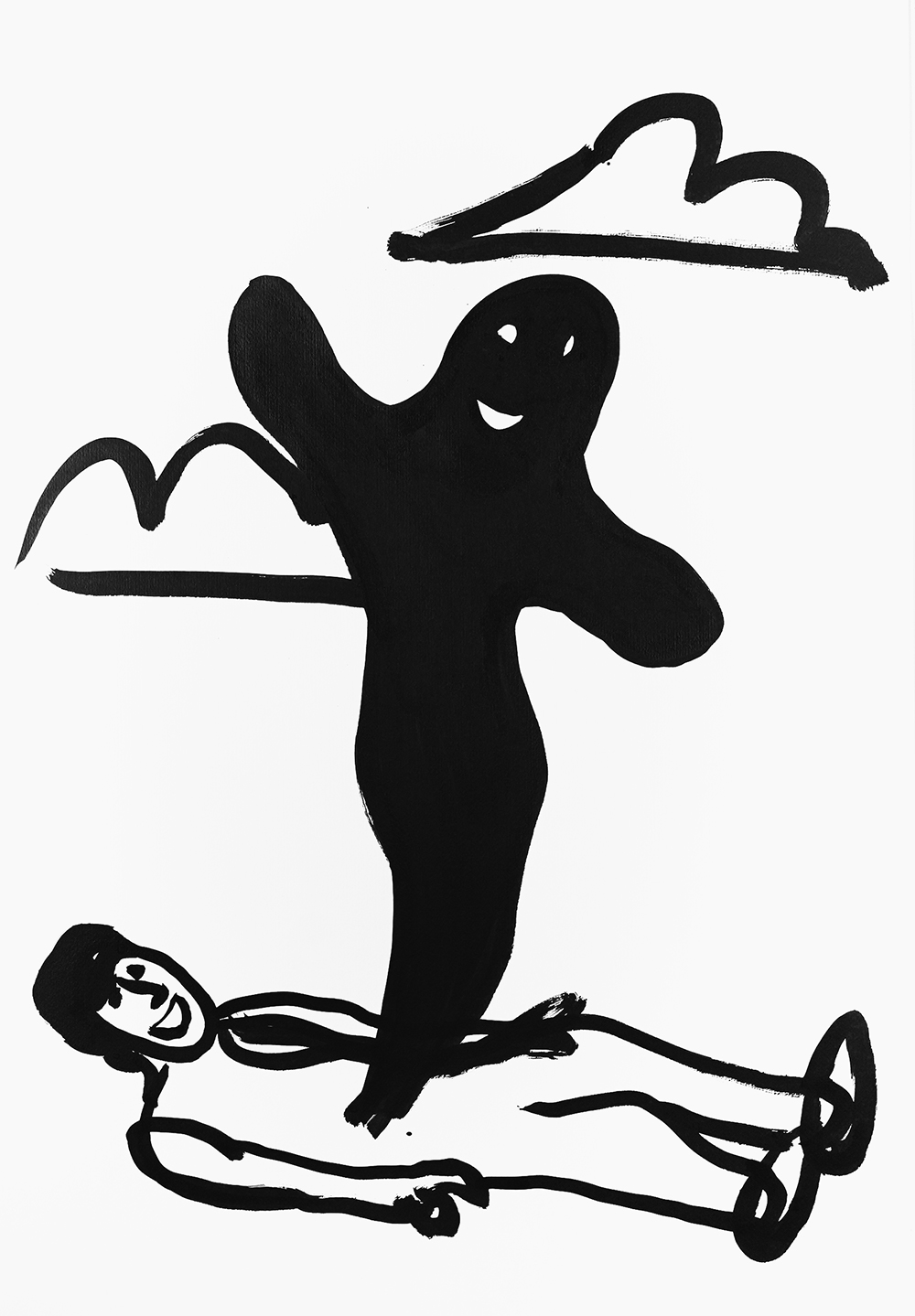 Wittgenstein’s understanding of how children learn to use language through experience relies in turn on his experiences teaching them to use language in the first place. This process of teaching and learning—a complex interaction between ourselves and others—is central to being able to create and understand meaning. The ability to communicate also requires established patterns of meaning and the possibility of trusting in that shared meaning—in its certainty and solidity, its repeatability and shared character. This complex interaction of meaning, practices, and language use that we are all brought into is the same process that allows us to be certain about anything at all. As Wittgenstein explains, the phrase “ ‘We are quite sure of it’ does not mean just that every single person is certain of it, but that we belong to a community which is bound together by science and education.” It is the community of language speakers which participates in using language that at once reaffirms what is understood as certain and in so doing functions as the fragile guarantor of community itself.

This contextual, intersubjective understanding of how meaning functions—and indeed Wittgenstein’s experience with teaching young students—is at the heart of his later thinking. In the Philosophical Investigations, the major work of his later period, Wittgenstein examines how language works despite its not resting on any universal foundations or certain referents that could be thought to underwrite meaning as such. And in so doing, he returns again and again to examples involving students because they illustrate the complex, iterative, and communal ways in which meaning is established and used. This is a departure from his pre-1920s thinking, where his method for discovering how language relates to the world was austere, axiomatic, and couched in the structures of logical formalism.

In this light, the Wörterbuch is not just an artifact of Wittgenstein’s time as a teacher, but one that gives insight into his thinking about language during the years in which he had all but given up doing philosophy as a vocation. His new professional obligations as a teacher and his long-standing scholarly interests in how the uses of language intertwine with our forms of life are themselves interwoven in this slim volume.

Within the pages of the word list, the students in Wittgenstein’s classroom coalesce into a community of language learners at the same time as they also become part of the wider community of Austrian and other German-speaking language users. In a letter to his editor that later became the preface to the work, he explained that he excluded most foreign words and included colloquial and dialect-based words commonly used in rural Austria. He followed several principles for the selection of words: “Only those words that students of Austrian elementary schools are familiar with should be included in the word book.” Additionally, any foreign words that were included “should be…translated into German if this is not too difficult.” Wittgenstein’s decisions about which words to include anticipate in detail how his students’ specific language use would best be aided by the dictionary.

Wittgenstein took care to include words that were appropriate not only to the grade level but also to the geographic region in which he was teaching and the particular use of words in the regional dialect of Lower Austria. For the most part, he left out more advanced words, as well as some words used primarily in Germany that were not prevalent in rural Austria. Wittgenstein included many words that relate to the alpine terrain, common occupations in the region at that time, and colloquial descriptions of people (even insults). For example, he included words like Sennerin (alpine shepherdess), which not only reflects a typical, geographically specific occupation but is also a word used specifically in Austria that is rare in other German-speaking areas. Similar examples of such words are Ribisel (red currant) instead of Johannisbeere and bähen (baking or toasting) instead of backen. 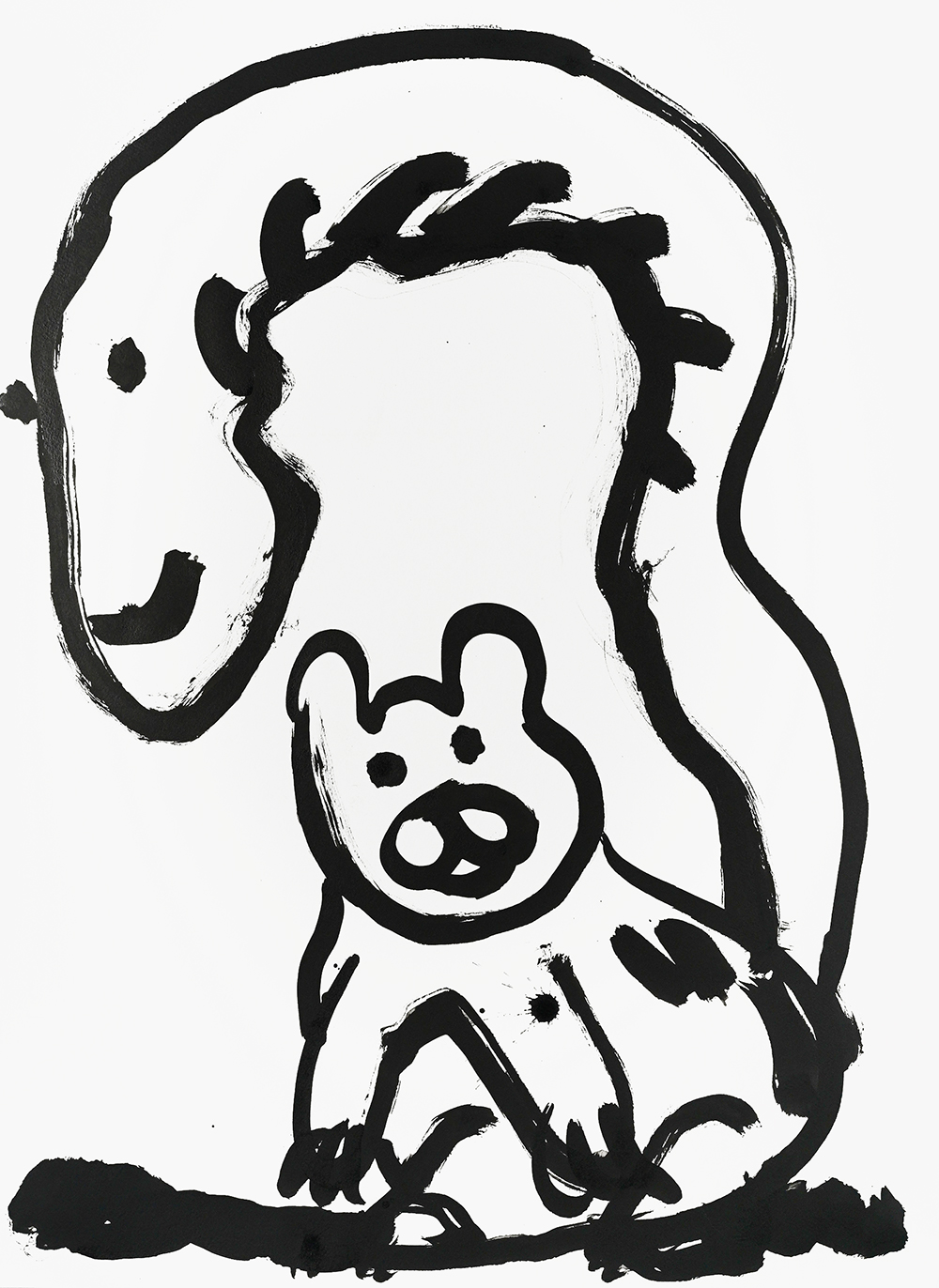 At times, Wittgenstein also included the regional or dialect variation in addition to the standard German, such as the entry for the word squirrel, which reads: “das Eichhörnchen, Eichkätzchen.” The meaning of some words in the dictionary is elucidated with reference to more idiomatic expressions and how the word would have been used in the regional dialect. Wittgenstein uses pertinent examples, instead of just the proper definition or grammar rules, to elucidate the use and meaning of words for his students.

Some words that Wittgenstein included illustrate his attention and sensitivity to the regional context of a word’s usage in a different way: they indicate specific habits or social practices that were common at the time in rural Austria but few other places. One of those entries is Schnaderhüpfel, an improvised spoken-word performance that consists of at least two singers or speakers who take turns exchanging four-line stanzas. The lines are addressed from one performer to another and are often celebratory, comical, or insulting. These exchanges, set to well-known musical refrains and performed at gatherings or celebrations, have been analogized to the Alpine version of rap battles—and are a resurgent cultural form in Austria today. Wittgenstein thus captured not only the specificity of the rural Austrian dialect with which his students were familiar but also a sense of the words that pertained to their community’s cultural lexicon.

Wittgenstein carefully prepared his students to enter into the community of language as active participants. He emphasized learning through direct experience, taking responsibility, and honing their judgment in creating and discerning meaning. Instead of having students simply memorize words and their usage as though they were akin to multiplication tables, Wittgenstein insisted that students needed to build up their familiarity and make correct inferences about the relationships between words and meanings for themselves. He connected this pedagogic need to the volume he published: “Only a word book makes it possible to hold the student responsible…because it provides them with a reliable tool for finding and correcting their mistakes…It is absolutely necessary that the student can correct their own mistakes. They should feel confident that they are the only author of their work and they alone ought to be responsible for it.” One’s authorship in using language and participating in the wider play of meaning in a community thus comes from the learned responsibility and judgment that experience with a language and its culturally contextual meanings furnish.

Désirée Weber is an assistant professor of political science at the College of Wooster. She is working on a monograph about the role of teaching and learning in Ludwig Wittgenstein’s biography and later work.