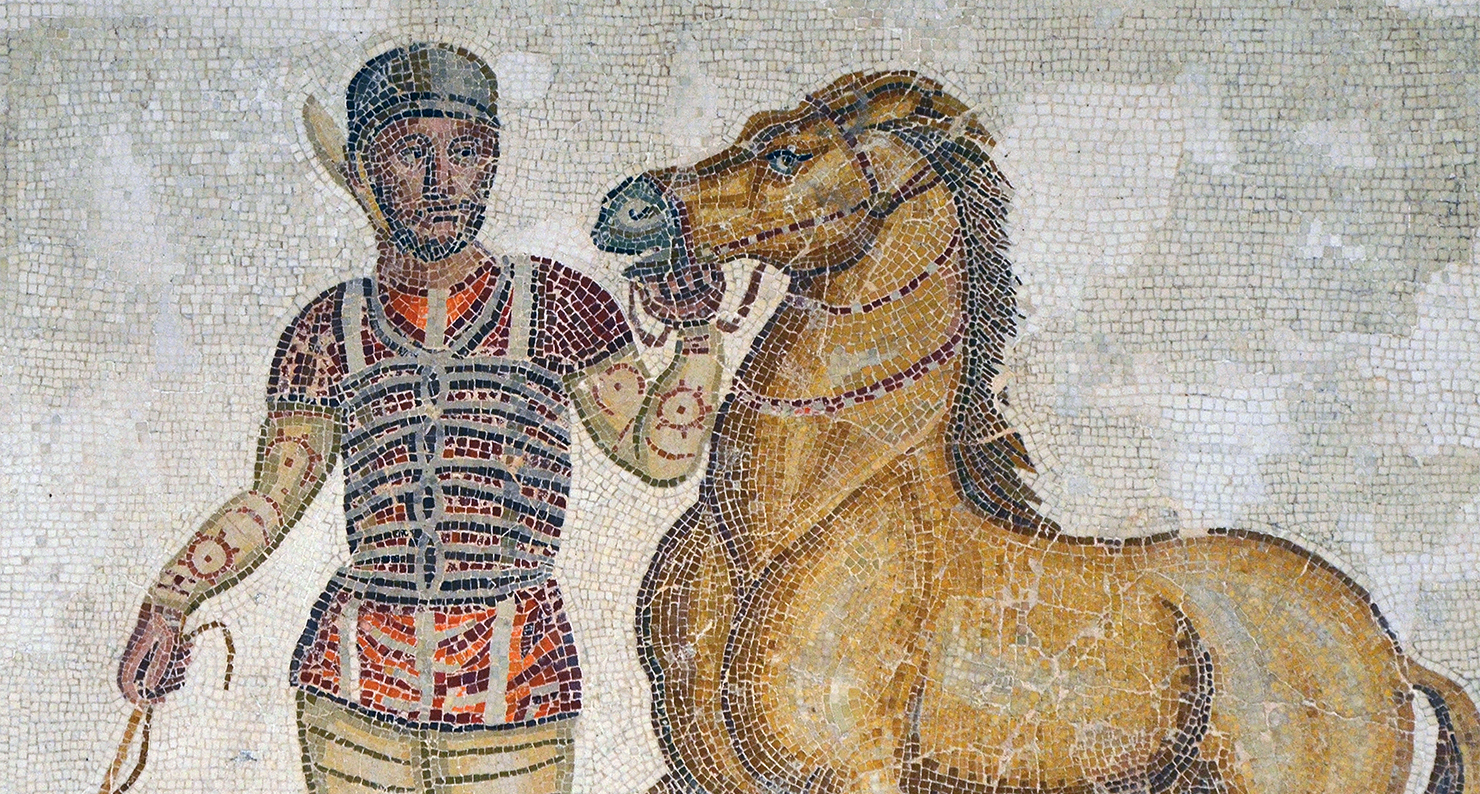 Last fall, Forbes magazine was all atwitter as Tiger Woods closed in on becoming “the first athlete to earn over $1 billion” in the course of his career. Presumably his fortunes will now start to droop, but Forbes missed the mark—taking the long view, Tiger was never all that well paid to begin with when compared with the charioteers of ancient Rome.

The modern sporting spectacles we manage to stage—and on occasion be appalled by—pale by comparison to the common entertainments of Rome. The Circus Maximus, the beating heart at the center of the empire, accommodated a quarter million people for weekly chariot races. These outdrew stage plays (to the deep chagrin of the playwrights), the disemboweling of slaves and exotic carnivores in the gladiatorial combats of the Coliseum, and even the naval battles emperors staged within the city limits—real war ships with casts of thousands—on acres of man-made lakes they had dug out and drained the Tiber to fill.

For the races, spectators arrived the evening before to stake out good seats. They ate and drank to excess, and fights were common under the influence of furor circensis, the Romans’ name for the mass hysteria the spectacles induced. Ovid recommended the reserve seating as a good place to pick up aristocratic women, and he advised letting your hand linger as you fluff her seat cushion.

Drivers were drawn from the lower orders of society. They affiliated with teams supported by large businesses that invested heavily in training and upkeep of the horses and equipment. The colors of the team jerseys provided them with names, and fans would often hurl violent enthusiasms, as well as lead curse amulets punctured with nails, at the Reds, Blues, Whites, and Greens.

The equipment consisted of a leather helmet, shin guards, chest protector, a jersey, whip, and a curved knife—handy for cutting opponents who got too close or to cut themselves loose from entangling reins in case of a fall. They adopted a Greek style of long curly hair protruding from under their helmets and festooned their horses’ manes with ribbons and jewels. Races started when the emperor dropped his napkin and a hapless referee would try to keep order from horseback. After seven savage laps, those who managed not to be upended or killed and finish in the top three took home prizes.

The best drivers were made legends by poets who sung their exploits and graffiti artists who scrawled crude renderings of their faces on walls around the Mediterranean. They could also be made extraordinarily wealthy.

The very best paid of these—in fact, the best paid athlete of all time—was a Lusitanian Spaniard named Gaius Appuleius Diocles, who had short stints with the Whites and Greens, before settling in for a long career with the Reds. Twenty-four years of winnings brought Diocles—likely an illiterate man whose signature move was the strong final dash—the staggering sum of 35,863,120 sesterces in prize money. The figure is recorded in a monumental inscription erected in Rome by his fellow charioteers and admirers in 146, which hails him fulsomely on his retirement at the age of “42 years, 7 months, and 23 days” as “champion of all charioteers.”

His total take home amounted to five times the earnings of the highest paid provincial governors over a similar period—enough to provide grain for the entire city of Rome for one year, or to pay all the ordinary soldiers of the Roman Army at the height of its imperial reach for a fifth of a year. By today’s standards that last figure, assuming the apt comparison is what it takes to pay the wages of the American armed forces for the same period, would cash out to about $15 billion. Even without his dalliances, it is doubtful Tiger could have matched it.

Peter T. Struck is Professor and Chair of Classical Studies at the University of Pennsylvania. He received his AB at the University of Michigan and his MA in divinity and PhD in comparative literature from the University of Chicago. His primary research interests are in the history of ideas about the construction of meaning, with specialties in literary criticism, in divination through oracles, omens, and dreams, and in ancient notions of the organism. He is the author of Birth of the Symbol: Ancient Readers at the Limits of Their Texts and Divination and Human Nature: A Cognitive History of Intuition in Antiquity. Struck is a member of the Lapham’s Quarterly editorial board.