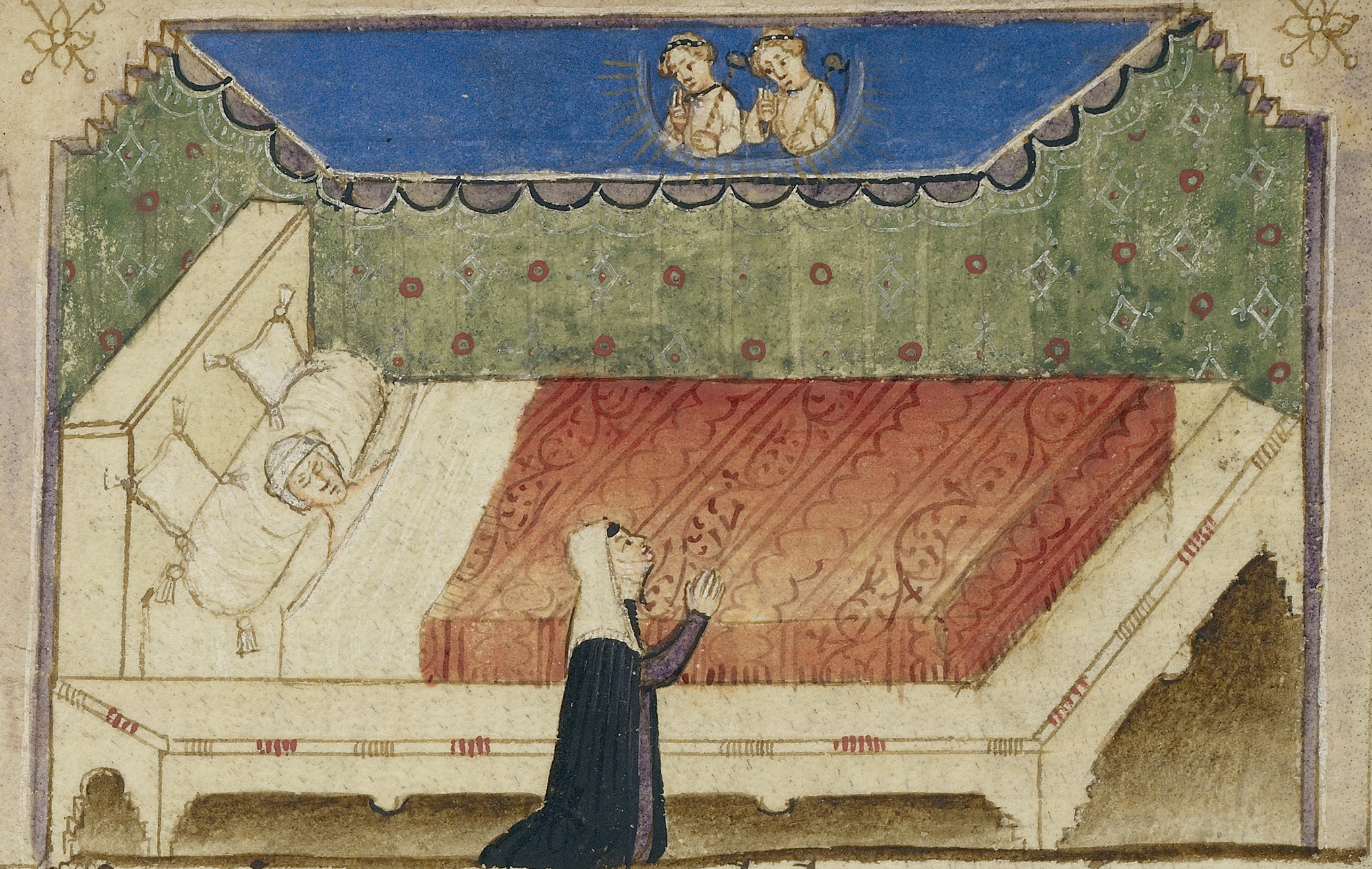 chikungunya: A mosquito-borne tropical viral disease marked by fever and joint pain of crippling intensity. Bantu, probably Makonde, in origin; compare Yao noun prefix chi-, and kunguna, to bend, stoop. The word is said to mean “that which folds up.”

cholera belt: A band of flannel or silk worn around the waist or abdomen as a supposed preventive against gastrointestinal ailments. First use, 1831.

choleraphobia: Extreme or irrational fear of contracting cholera. “Persons under intense nervous excitement imagine they are about to be attacked, when no symptoms whatever of the disease are present. These have been aptly called cases of choleraphobia.”—Austin Flint, A Treatise on the Principles and Practice of Medicine, 1866

coryza: The running of the nose that constitutes or accompanies a cold in the head; catarrh. 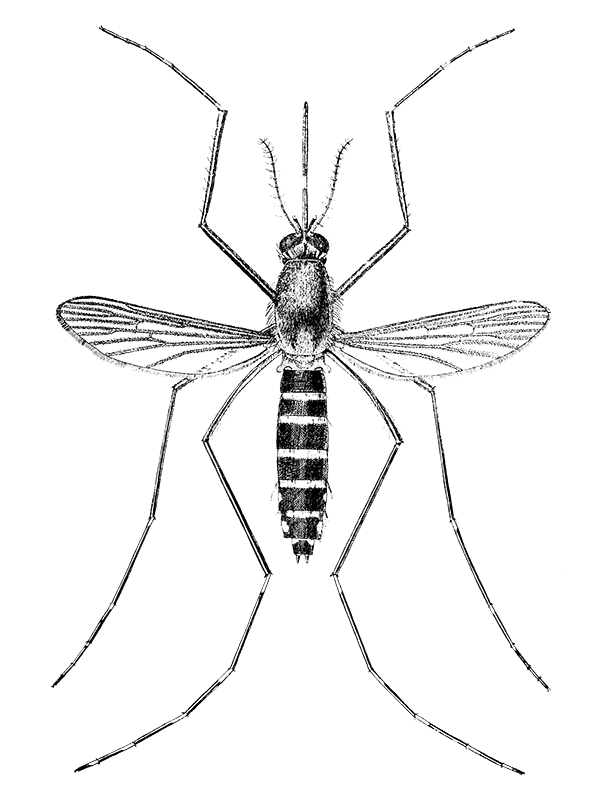 An acute, self-limited disease carried by the Aedes mosquito and characterized by fever, headache, myalgia, and rash. From Spanish dengue, fastidious, prudery; homonym for Swahili ki denga pepo, sudden cramplike seizure. In the British West Indies, the disease was known as dandy.

Disease X: The placeholder name provided by the World Health Organization in 2018 to designate an unknown (and hypothetical) pathogen that would cause a future epidemic.

epidemic: “Prevalent among a people or a community at a special time and produced by some special causes not generally present in the affected locality.”—The New Sydenham Society’s Lexicon of Medicine. “The endemic and epidemic diseases in Scotland fall chiefly, as is usual, on the poor.”—Thomas Malthus, 1803

feng cheng: (Mandarin) Lit. “sealed city.” On January 23, 2020, officials in Wuhan closed all transportation in and out of the Chinese city.

fever: Shortened form of fever in the South, a roll of two dice totaling five in the game of craps. Possible allusion to outbreaks of yellow fever that occurred in the southern U.S. throughout the 19th cent. For a parallel formation, compare Ada from Decatur, a roll of the dice totaling eight.

hmaou: (Middle Egyptian) An erysipelas-like disease treated with donkey feces. From the Ebers papyrus, c. 1550 bc.

lazar: A poor and diseased person, usually one afflicted with a loathsome disease, esp. a leper. From Latin lazarus, an application of the proper name Lazarus.

leprosaria: Hospitals for the isolation and care of people with leprosy, from Latin domus leprosaria, house of leprosy. The first was established in 1067 by Rodrigo Díaz de Vivar, aka El Cid.

lousy: Full of lice, infested by lice. “A very ordinary microscope shows us that a louse is itself a very lousy creature.”—Joseph Addison, 1710. Also, scurvy, sorry, mean, vile, contemptible. “I felt swell before you came, and now I feel lousy.”—Nathanael West, 1933

murrain: Death, mortality, esp. by infectious disease; the flesh of animals dead of disease. Also, an imprecation invoking pestilence; a contemptuous dismissal. “What the murrain have they to do with quality?”—John Vanbrugh, 1705. From Anglo-Norman morine, plague, pestilence, mortal remains, and Middle French morine, plague, epidemic, probably ultimately from Latin morī, to die.

Poison King: Nickname for the seafood merchant who infected medical staff in Guangzhou with SARS in 2003.

puke: To vomit; of a hawk, to pass food from crop to stomach. Of uncertain origin; perhaps imitative, or perhaps related to Dutch spugen, to spit, to vomit (1621 as spuigen; apparently a variant of spuwen, spew), or German spucken, to spew, spit. 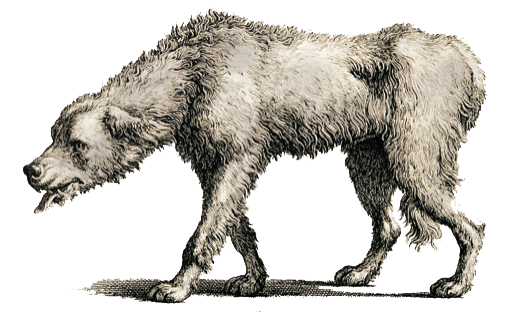 A disease of dogs (canine madness) caused by a lyssavirus (family Rhabdoviridae). From Latin rabiēs, savageness, morbid affection of dogs, from rabere, to rage, rave, be mad; of uncertain origin. Rage is derived from Latin rabia, an alteration of Latin rabiēs. “Rabies occurs in two main forms: furious rabies, in which unprovoked aggressive behavior is a prominent symptom, later progressing to muscle spasms, paralysis, coma, and death, and dumb rabies, in which the aggressive phase is absent.”—Oxford English Dictionary

Red Queen hypothesis: A theory proposed in 1973 by Leigh Van Valen positing the evolutionary necessity of constant adaptation; the act of running in place and not getting anywhere. From Lewis Carroll’s Through the Looking-Glass (1871): “Now, here, you see, it takes all the running you can do to keep in the same place.”

sick: Said of pigeons that have lost their young and have no recipient for the soft food they regurgitate.

sick man: A term frequently applied during latter part of the 19th cent. to the sultan of Turkey. Also figurative, originally applied to Turkey and hence to other countries, regions, etc. “I am not so eager about what shall be done when the sick man dies as I am to determine with England what shall not be done upon that event taking place.”—Tsar Nicholas I to George Seymour at St. Petersburg, Feb. 21, 1853

sneeze: To drive or emit air or breath suddenly through the nose and mouth by an involuntary and convulsive or spasmodic action. Apparently an alteration of earlier fnese, due to misreading or misprinting it as ſnese, after the initial combination fn- had become unfamiliar. Fnese apparently went out of use early in the 15th cent. The adoption of sneeze was probably assisted by its phonetic appropriateness.

sneeze guard: A plastic barrier designed to protect restaurant food on display from bacteria and other germs spread by sneezing. On March 10, 1959, Pennsylvania restaurateur Johnny Garneau patented the sneeze guard.

tularemia: An acute infectious febrile disease of man and domestic animals caused by the bacterium Francisella tularensis, endemic among wild rodents in North America and elsewhere, and transmitted to man by insect bite and other means. First reported in 1914, when a diseased squirrel was found in Tulare County, CA.

virus: An infectious, often pathogenic agent typically smaller than a bacterium that is able to function only within the living cells of a host and consists of a nucleic acid molecule (either DNA or RNA) surrounded by a protein coat. “A bit of nucleic acid surrounded by bad news.”—Peter Medawar. From Latin uncountable mass noun virus, poisonous secretion, venom; from the same Indo-European base as Sanskrit viṣa, poison.

Zika: A mosquito-borne flavivirus, originally identified in African monkeys. Named after the Zika Forest in Uganda, where the virus was first isolated in 1947. Transmitted by mosquitoes of the genus Aedes, Zika was rarely reported in humans until outbreaks in Micronesia (2007) and French Polynesia (2013). A major epidemic in the Americas and the Pacific began in Brazil in early 2015.