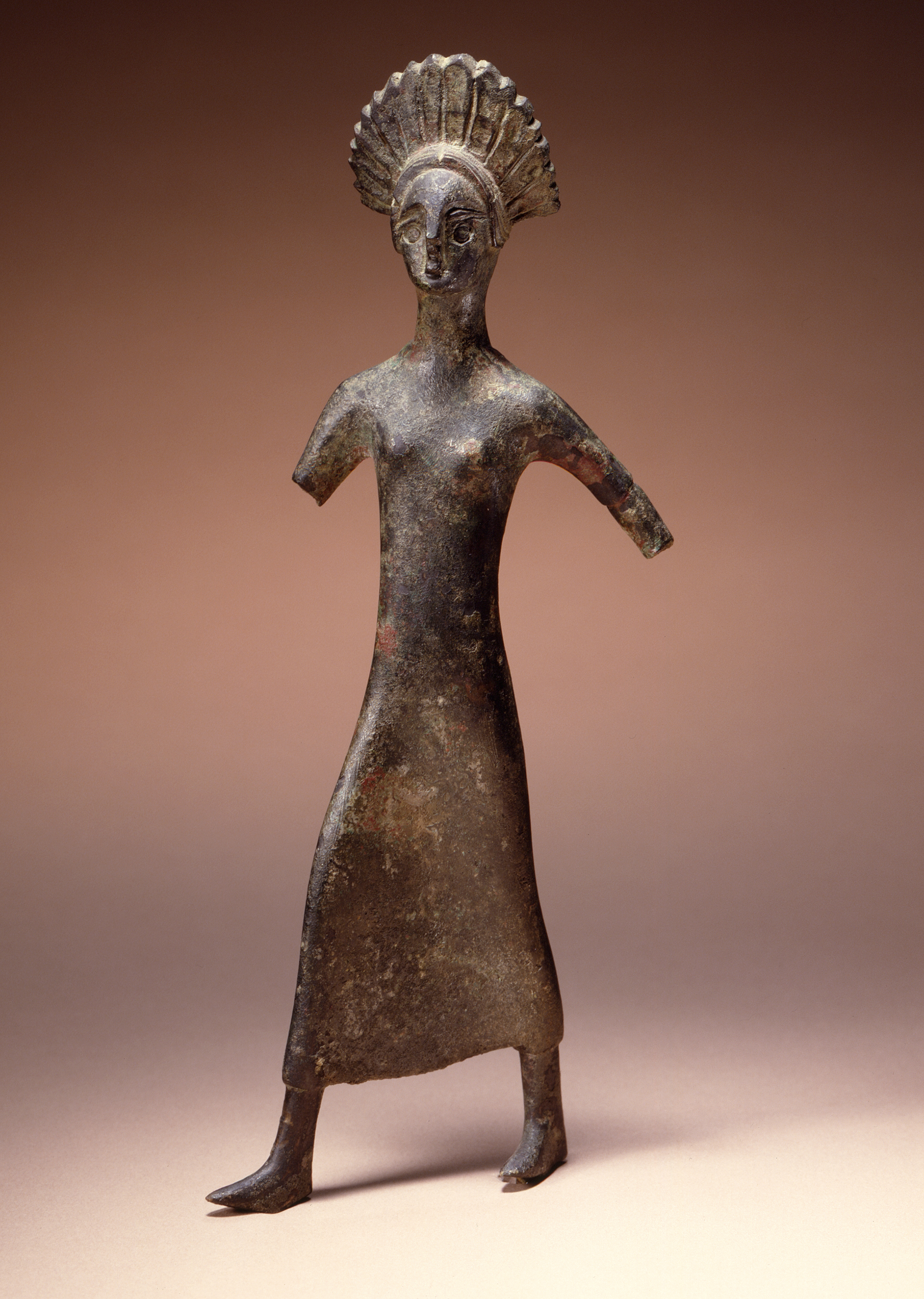 A poet praised for the pity his poems put in the heart of those who heard them, Simonides was also revered for his honesty and wisdom. Anecdotes abound. He spent the end of his long life in Sicily, friend of the tyrant Hiero of Syracuse, who asked the poet “what god is or what he is like.” Getting no immediate answer, the tyrant asked again the next day, and the next, until, exasperated with the poet, he asked why no response came. “Because the longer I think about it, the fainter become my hopes of an answer,” Simonides said. Other silences bear themselves out in the poet’s life. He considered paintings poems that stay quiet, and poems paintings that speak. He noted a wisdom passed down through ages, that “he had often felt sorry after speaking but never after keeping quiet.” The deeply human humility inside such notice unfolds in other realms. Thero (another tyrant of Sicily), angered at Hiero, went with his army to the river Gela to make war, but Simonides showed up before the battle and ended the conflict before it began—in the scholiast’s fragment where the tale is recorded, it’s suggested the poet brought his lyre. To Hiero and the Spartan king Pausanias he gave the same advice: to remember they were human.

Being human is a complex situation, even for the wise, even for the humble. Although Simonides was cherished for his fine qualities, other aspects of his character have been mocked for centuries. Simonides is known as the first poet to accept payment for his poems, and so found himself often in the company (employment) of tyrants, wealthy merchants, ancestral aristocrats. He lived a long life, perhaps into his early nineties, which instilled in him a worldliness that runs counter to romantic ideals of who and what a poet should be. Hiero’s wife, asking Simonides if it’s better to be wealthy or wise, is told “wealthy; for I see the wise spending their days at the doors of the wealthy.” All things grow old, he claimed, except moneymaking; and kind deeds grow old most quickly. Xenophanes called him a skinflint. A tale well-known has Simonides sitting between two boxes, one empty and the other full—the latter filled with money, the former filled with favors. Simonides even sold most of the gifts Hiero gave him for cash, keeping scant items for himself, “so that all may see Hiero’s magnificence,” he said, “and my moderation.”

The poet seeking payment finds himself under cruel roofs. Scopas, a nobleman from Thessaly, hired Simonides to write a victory ode. Scopas held a lavish feast and ordered Simonides to read his ode out loud. The poem extolled the heroes Castor and Pollux, whose praise took more lines than the praise of Scopas, whose victory the heroes were meant to garland. Before all at the banquet Scopas refused to pay in full the promised fee, saying he would purchase only those lines that mentioned him, and the gods could pay their own debts. Cast to the side of the festivities, last to take food from the bowls passed around, Simonides was told by a servant that two young men waited for him in the street. Simonides stood up and walked out the large room, wandered through the house to the door, but when he opened it, no one was there. Just then, as he looked at that emptiness that called him out from the party, the roof of the house collapsed and killed everyone at the feast. The bodies were crushed beyond recognition and could be returned to their mourning families only by the help of Simonides, who remembered where each person was sitting. For the poet who said, “The word is the image of the thing,” it must have been simple to see, as if hovering above the rubble, the names of those underneath it. So the poet founded a system of memory, associating word to place, and he’s credited with creating the art of mnemonics.

Though sources disagree, Simonides was born around 540 bc and died during the seventy-eighth Olympiad (468 bc–464 bc). His life spanned the glory of Athens, where he first lived in the court of the tyrant Hipparchus, and to which he returned during the Persian Wars. He was born in Ceos, but we know little of his death, save what the poet Callimachus mentions in a sepulchral epigram. The people of Acragas, a town on Sicily’s southern coast, built a large burial mound outside the city, stone piled on stone. Phoenix, a general of the city, took apart the mound and used the stones to build a tower. It is a sad but fitting last image, testament to the poet who offered such humane advice to the mighty, praising simple goodness even as he recognized wealth’s force, that his humble final home, dedicated to Zeus, guardian of strangers who wander the earth (and who isn’t in the end just such a stranger), should be pulled apart and turned into the pillar of another man’s pride. The powerful are deaf to the poems they commission; the vicious live inside the deaths they do not honor.

Mother and Child, Cast Out to Sea
—for Cedar, Mark, and Silver

When in the coffin
intricately carved
the wind made the wood tremble
and the horrid sea crashed
down, with wet cheeks wetter yet,
around Perseus she threw her loving arms
and said, “Child, what suffering I hold.”

But you sleep, your
suckling heart slumbers
on somber planks bronze-bolted
in this no-star-shining night, you
drop down in the deep mourning-veil dark, of the sea-spray’s thick mist above
your hair as by a wave covered
you are careless, careless of the wind’s
keen howl, lying
within my purple shawl, your lovely face.
If this terror was terror for you
you’d turn your small ears
to my hushed words.

I tell you, sleep as still in my womb, baby;
go to sleep, sea; go to sleep, my depthless trouble.

Out from your mind let some change appear, Father Zeus.
For what in my prayer is too bold or not just,

look aside, forgive me. 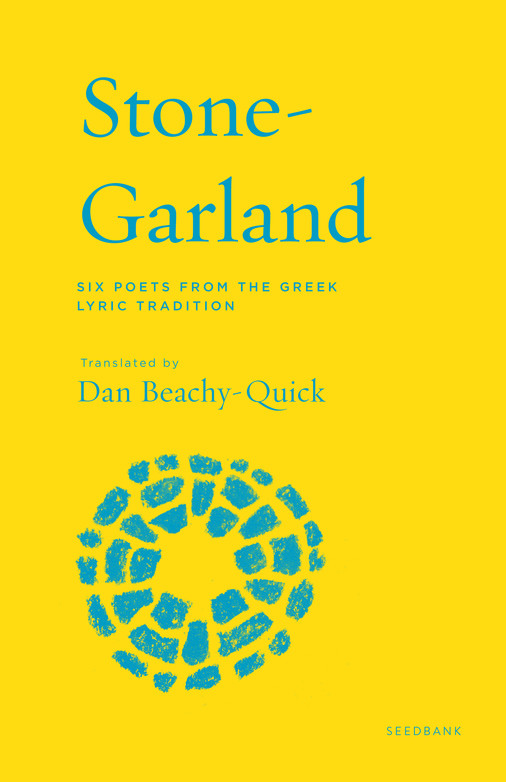 Dan Beachy-Quick is the author of A Whaler’s Dictionary, a book of interlinked essays on Moby Dick; Wonderful Investigations, a collection of essays, meditations, and tales; Of Silence and Song, a collection of fragments, marginalia, travel writing, and poetry; and Stone-Garland, with translations of poems by six poets of the Greek lyric tradition. He is also the author of six collections of poems, a novel, and other projects. He directs the MFA program at Colorado State University and lives in Fort Collins.