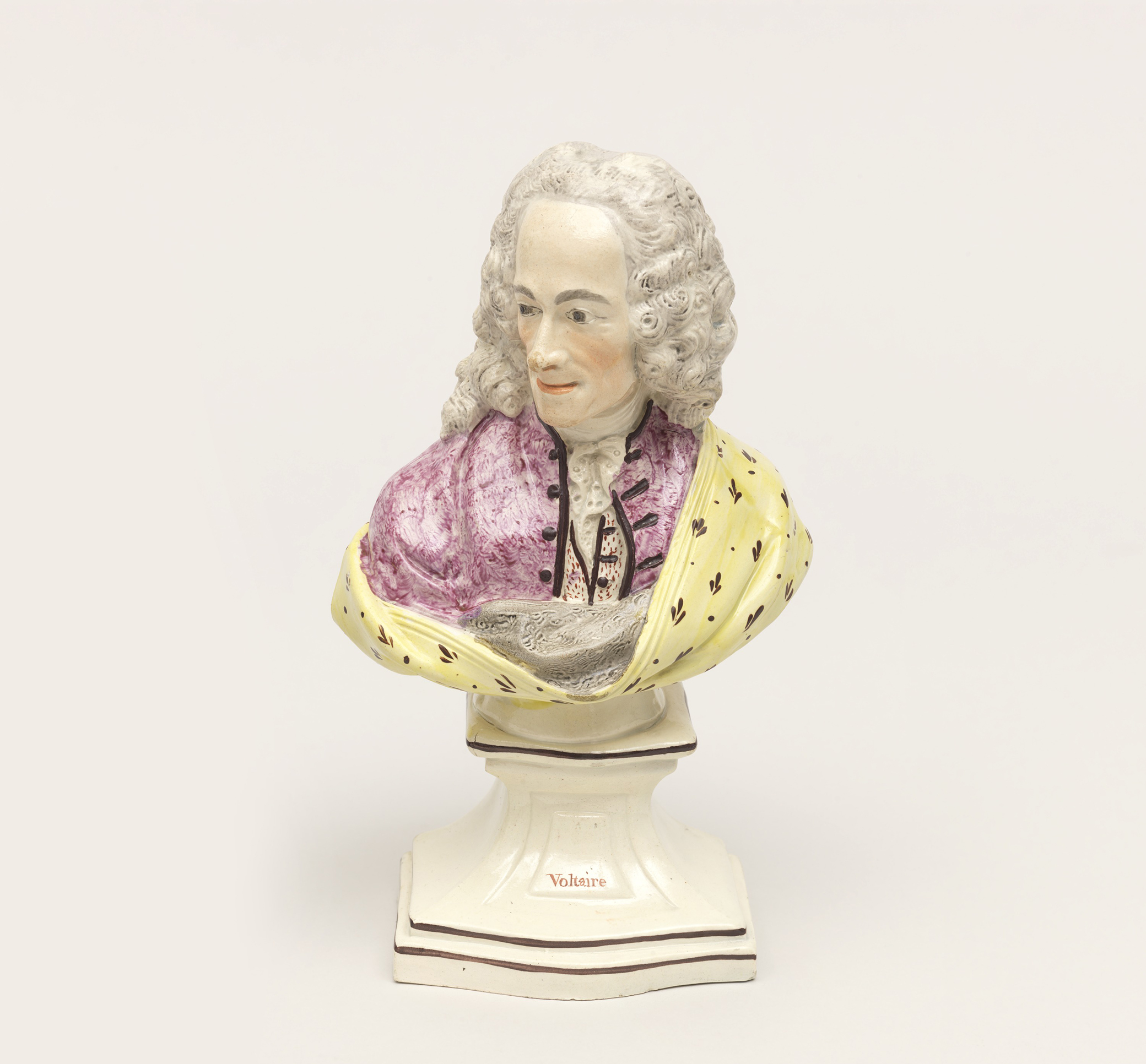 It looks as easy as shooting fish in a barrel. Take a book that is selling well, reprint it, package it, market it, and ship it out, then haul in the profit. Moreover, in most cases it was perfectly legal. No international copyright existed. Most pirates were respectable businessmen, and they went about their business by following what one of the directors of the Société typographique de Neuchâtel called “calculation, a demonstrative science.”

The STN was founded in 1769 in the Swiss principality of Neuchâtel by four local notables who sought to tap the demand for French books by reprinting those that they judged would sell best, both in France and throughout Europe. Frédéric-Samuel Ostervald, the leader of the enterprise, had no experience of publishing. Nor did his associates. They set up a printing shop in the summer of 1769. Ostervald consulted a few leading booksellers, some of whom he already knew and others he got to know by handling the STN’s commercial correspondence. The most significant of his advisers was Pierre-Frédéric Gosse, Junior, a bookseller in The Hague, who ran one of the largest businesses in the Low Countries and, after thirty years of experience, had acquired a profound knowledge of the book trade everywhere in Europe, especially in France. Gosse sent the STN orders as well as counsel. In return, it furnished him with books at a reduced price.

The STN’s edition of Voltaire’s Questions sur l’Encyclopédie offers a good case study, which can be examined in detail through the correspondence between Ostervald and Gosse. The Questions was Voltaire’s last great work and the biggest enterprise—nine volumes in octavo—undertaken by the STN in its first years. When he first announced it to Gosse, in March 1770, Ostervald indicated that he planned to put out an original edition printed from a manuscript to be furnished by Voltaire himself. Gosse replied with a letter that contemplated the prospect of a surefire bestseller: “It is an enterprise of solid gold…I will tell you right away that we commit ourselves to taking a large number…There are prohibitions to be feared, and one will not be able to sell the book openly, but that will only make it sell faster and better.”

The race to make a fortune from the book, however, turned out to be far less straightforward than Gosse had anticipated. He soon learned that Ostervald was not proposing an original edition but a pirated version of the original that Gabriel Cramer, Voltaire’s main publisher, was producing in Geneva. Hoping to snare Gosse’s business before Cramer got to him, Ostervald had avoided any reference to the Genevan side of the affair when he first dangled it in front of Gosse. But he was not entirely disingenuous. Early in March 1770, Ostervald had gone to Ferney in search of copy. Voltaire was happy to oblige, because by then he no longer cared about making money from his pen. After more than fifty years of experience with publishers, he knew every trick in their trade; he also had learned to put the tricks to use for a higher cause: the diffusion of Enlightenment, the campaign to écraser l’infâme. He therefore agreed to supply Ostervald with a copy of Cramer’s proofs, corrected and expanded, provided that everything took place behind Cramer’s back. Voltaire was happy, that is, to pirate himself. It was a way to multiply copies. Besides, he knew that the Questions would be pirated anyway. By cooperating with the STN, he could control that process, while touching up the text with additional audacities that he also could disavow. And to top it all, he proposed that the STN publish an expanded edition of his complete works in forty octavo volumes.

Booksellers often distrusted Voltaire, because by modifying his texts and multiplying the editions, he alienated their customers. No one wanted to pay good money for a slightly new version of a book that one had already bought. And some booksellers had become disenchanted with his endless variations on the same themes. As the bookseller Jean-Marie Bruyset wrote to the STN from Lyon, “I will tell you frankly that almost all the works produced by that author for the last six to seven years are roughly the same dish served up with different sauces.”

Ostervald followed Gosse’s advice and concentrated on producing the Questions sur l’Encyclopédie. Before his compositors started setting type, he asked how many copies Gosse would order in advance—a consideration that could determine the press run. Five hundred, came the reply. Only five hundred? Ostervald sounded disappointed, but he entered the order immediately in the ledger called Livre des commissions and wrote in August that he soon expected to receive the first volume “corrected by the author.” The STN’s edition would appear on the heels of Cramer’s and would be “far superior to it.”

Despite Ostervald’s efforts to make his sales talk sound attractive, it revealed that he had misled Gosse about a fundamental fact: the STN was publishing a pirated edition. Gosse shot back an indignant reply: “We were firmly persuaded that you would print this work from the manuscript. Now things look completely different. Cramer will get to the market first. It is absolutely crucial that you rush everything so that your edition arrives soon after his. If you fail to do so, it will be like serving the mustard after the dinner.” Nevertheless, Gosse did not cancel his order—perhaps because the STN edition cost much less than Cramer’s: 1 sou per sheet or 23 sous and 6 deniers for volume 1 as opposed to the 35 sous charged by Cramer.

Ostervald sent a reassuring answer. The STN could print as fast as Cramer and had the advantage of working on a text “reviewed, corrected, and augmented by the author, who has made fairly extensive changes on our copy.”

The Questions was one of the first major books undertaken by the printing shop in Neuchâtel, and the flow of work soon got caught in snags: paper did not arrive on time, workers quit in order to take jobs with better conditions in Lausanne and Geneva, and the foreman failed to coordinate operations effectively. Moreover, when the STN finally completed volume 1, after thirteen weeks of hard labor, it ran into difficulties with distribution. It shipped off Gosse’s five hundred copies in two large bales on December 9, 1770, instructing its agent in Basel, Luc Preiswerck, to forward them down the Rhine. The Rhine offered an excellent route to The Hague, despite its expensive tolls. But Gosse’s books had not reached him six weeks later, when volumes 2 through 3 of Cramer’s edition were already being sold in the shops of other Dutch dealers.

It may seem misleading to speak of a pirated edition in the case of the Questions, because Cramer did not purchase the text from Voltaire and he possessed no legal right to reproduce it. In fact, the consistory of Geneva would censor him for the book’s impieties in March 1772, while Voltaire dismissed the pirating with witticisms such as the following burlesque edict issued from Ferney: “It is hereby permitted to any bookseller to print my silliness, be it true or false, at his risk, peril, and profit.” Yet Voltaire felt morally committed to his publisher and refused to offend him by collaborating openly with the pirates. He even urged Cramer to fight back against them: “You won’t be pirated if you take the right measures, and you can put a notice in Volume II that will discredit the pirated editions.” In fact, Cramer knew very well that his Questions would be pirated. He merely sought to cream off the demand with a first edition by beating the pirates to the market.

From Pirating and Publishing: The Book Trade in the Age of Enlightenment by Robert Darnton. Copyright © 2021 by Oxford University Press. All rights reserved. Robert Darnton is Carl H. Pforzheimer University Professor and University Librarian Emeritus of Harvard University. He is the author of Pirating and Publishing, A Literary Tour de France, The Great Cat Massacre, and other works.