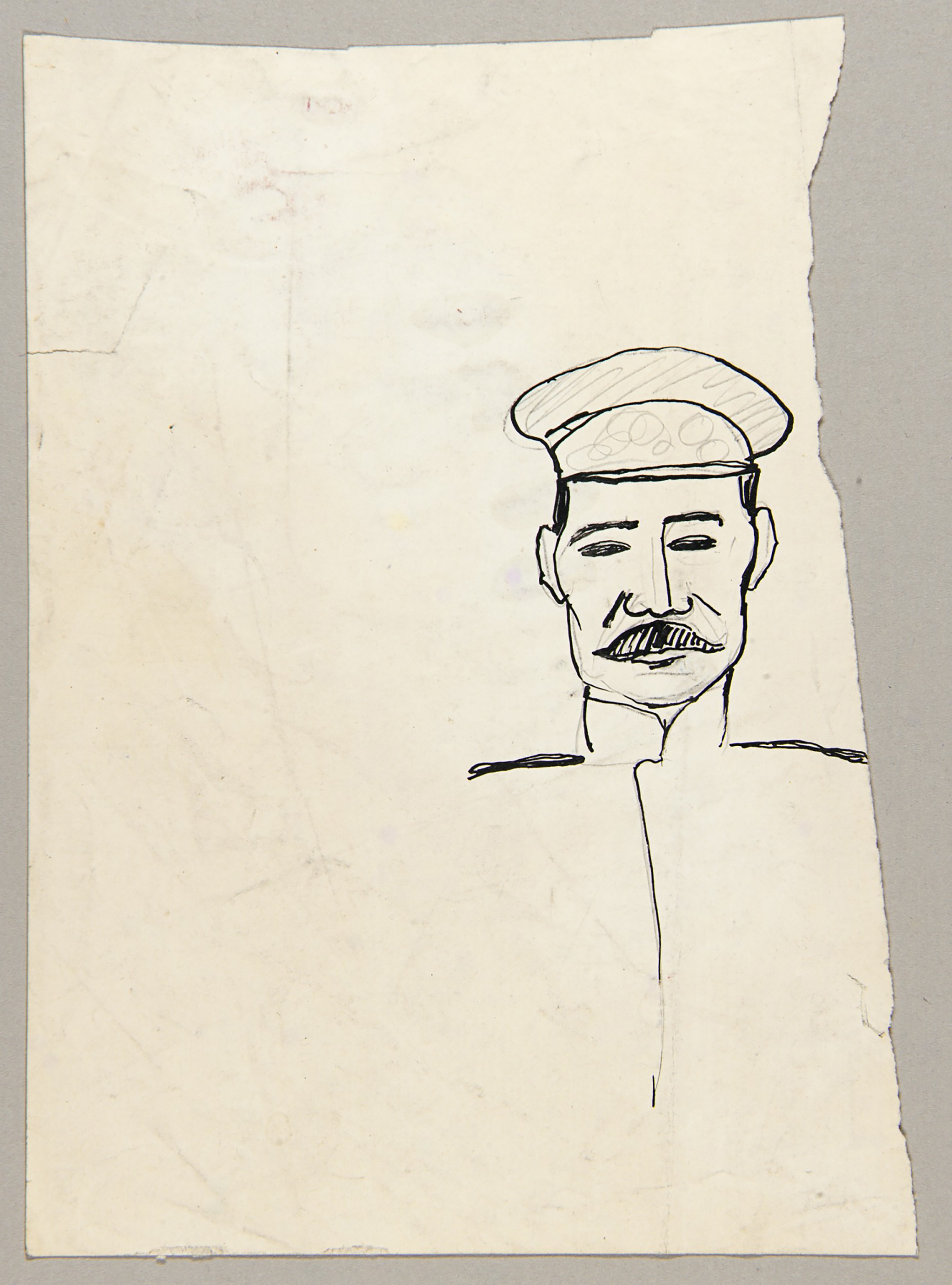 In May 1925 Joseph Stalin entrusted his staff with a highly important mission: the classification of his personal book collection:

My advice (and request):

s.          The History of Revolutions in Other Countries

2.        Exclude from this classification and arrange separately books by

3.         All the rest can be classified by author (putting to one side: textbooks, small journals, antireligious trash, etc.).

Stalin evidently had in mind a rather grandiose personal library, one that would contain a vast and diverse store of human knowledge—not only the humanities and social science but aesthetics, fiction, and the natural sciences. His proposed schema combined conventional library classification with categories that reflected his particular interests in the history, theory, and leadership of revolutionary movements, including the works of anti-Bolshevik socialist critics such as Karl Kautsky and Rosa Luxemburg as well as the writings of internal rivals such as Leon Trotsky, Lev Kamenev, and Grigory Zinoviev. Naturally, pride of place went to the founders of Marxism—Karl Marx and Friedrich Engels—and to its preeminent modern exponent, Vladimir Lenin.

Stalin read books in diverse ways—selectively or comprehensively, cursorily or with avid attention. Some he read cover to cover, others he merely skimmed. Sometimes he would begin reading a book, lose interest after a few pages, and jump from the introduction to the conclusion. Some books he read in a single sitting, others he dipped in and out of.

Most of the books in what remains of his collection are unmarked by him except for an autograph or the imprint of his library stamp, so it is impossible to know for sure how much of it he actually read. Historian Erik van Ree suggests that Stalin habitually marked the books he did read. But even the most inveterate of annotators do not write in all their books. Only those books or parts of books whose pages remained “uncut” can be safely eliminated from his reading life, assuming he didn’t read another copy of the same text.

It is rare for readers (unless they are educators) to mark fiction books, and Stalin was no exception. The texts he marked were nearly all nonfiction. Pometki, the Russian word for such markings, encompasses both the verbal and nonverbal signs that appear on the pages. The closest English word is marginalia, but Stalin’s marks are to be found between the lines and on the front, inside, and back covers as well as in the margins. Marginalia also implies annotation—the use of words—but 80 percent of Stalin’s surviving pometki consist of what British writer H.J. Jackson has called “signs of attention.”

Stalin marked the text of the pages, paragraphs, and phrases that interested him by underlining them or by vertical lines in the side margin. To add emphasis, he double-lined or enclosed the passages in round brackets. To provide structure he numbered the points that interested him—numbering that could reach into the high double digits and be spread over hundreds of pages of a single text. As an alternative or supplement to these signs of attention, Stalin wrote subheadings or rubrics in the margin. Indeed, much of his marginalia consists of repetition of words and phrases from the text itself.

His style of pometki is both normal and conventional, as anyone who marks their books will attest. As Jackson pointed out, readers marking books is a venerable tradition that stretches back to the dawn of the print era. For Erasmus, it was the essential study skill of a humanist education:

Carefully observe when reading writers whether any striking word occurs, if diction is archaic or novel, if some argument shows brilliant invention or has been skillfully adapted from elsewhere, if there is any brilliance in the style, if there is any adage, historical parallel, or maxim worth committing to memory. Such a passage should be indicated by some appropriate mark. For not only must a variety of marks be employed but appropriate ones at that, so that they will immediately indicate their purpose.

Virginia Woolf was not alone in complaining that marking books was an abomination, an intrusion designed to impose one’s own interpretation on other readers. In his classic riposte to this accusation, American thinker Mortimer J. Adler insisted that “marking up a book is not an act of mutilation but of love.” As an active process of reading, marking means that “your marks and notes become an integral part of the book and stay there forever.” But he was clear that the reader should only mark their own books, not those that belonged to others or were borrowed from public libraries. Stalin recognized no such distinction and freely marked any book that came into his possession, including those he borrowed from the Lenin Library and other state institutions.

As well as marking nearly nine hundred texts in his personal library Lenin filled notebooks with quotations, summaries, and commentaries on the books he read. Stalin’s research notes were solely marked in the texts themselves. To aid retrieval of the most important or useful material, he sometimes inserted thin strips of paper between the relevant pages. Some of these now yellowing and disintegrating bookmarks can still be found in the Russian archival collection of Stalin’s library books. As Jackson also points out, the next step up from nonverbal signs is to enter into a one-way conversation with the text in the form of a brief word or phrase. When so moved, Stalin could be highly expressive.

Charles Dickens may well have been among the writers read by Stalin. Dickens was studied in Soviet schools and his writings used to teach English. The Bolsheviks didn’t like all his novels (the antirevolutionary A Tale of Two Cities, for example), but they relished his bleak descriptions of nineteenth-century industrial capitalism. Appealing to puritanical Bolsheviks like Stalin would have been the complete absence in Dickens of any mention of physical sexuality.

As far as we know, Stalin never wrote Scrooge’s famous expletive “bah humbug” in the margin of any of his books, but he used plenty of Russian equivalents. Among his choice expressions of disdain were “ha ha,” “gibberish,” “nonsense,” “rubbish,” “fool,” “scumbag,” “scoundrel,” and “piss off.”

But he could also be effusive—“yes-yes,” “agreed,” “good,” “spot on,” “that’s right”—and pensive, which he sometimes signaled by writing m-da in the margin, a difficult to translate expression that indicates a combination of puzzlement and pondering what is being said. A free translation would be a polite “really?” or “are you sure?” Like Lenin, his most frequent annotation was NB (in Latin script) or its Russian equivalent Vn (vnimanie—attention).

Stalin’s pometki varied according to his mood and purpose. They were usually informational and highly structured and disciplined. Typically, he used colored pencils—blue, green, red—to make his marks. Occasionally, for no discernible reason, he would mark a book with two or three colors. Sometimes he used abbreviations, but mostly he wrote out words in full, though not always legibly. Stalin’s style of annotation did not change much over the years, except that as he got older he became less wordy.

In tracking Stalin’s pometki, it is tempting to be always on the lookout for deeper meanings and significant connections, both political and psychological. Yet sometimes Stalin just read for pleasure and interest, his markings signaling little more than his level of engagement with the text.

Librarian-archivist Yury Sharapov was one of the last people to view the bulk of Stalin’s book collection intact. It was his 1988 memoir that revealed the existence of the dictator’s library and Stalin’s habit of marking books. As he astutely observed, “Notes made in the margins of books, periodicals or any text…form quite a dangerous genre. They betray the author completely—his emotional nature, his intellect, leanings, and habits.” As the foremost interpreter of Lenin’s pometki, he knew what he was talking about.

It has also proved to be a dangerous genre for scholars searching the library for smoking-gun marginalia that would substantiate their various theories of Stalin’s psychology and motivation. One example is the graphic annotation of a couple of pages of a Russian edition of Anatole France’s Under the Rose, a series of humanist dialogues about the existence and meaning of God. But it turned out that these were made by Stalin’s daughter, Svetlana. Her style of annotation was similar to her father’s but more florid and irreverent, and harder to make sense of. Examining these markings, the perplexed Russian scholar Yevgeny Gromov concluded that “it’s hard to understand what Stalin wanted to express.”

Another example of the perils of overinterpreting Stalin’s pometki is his multiple scribbling of the word uchitel’ (teacher) on the back cover of Aleksey Tolstoy’s 1942 play Ivan Grozny. Stalin could be a bit of a doodler, and the word for teacher features among several other unrelated and barely legible words and phrases on the back cover. Yet some have chosen to take this as prima facie evidence that Stalin considered Ivan the Terrible his teacher and exemplar. Stalin did have a lot of time for the Terrible, but he looked down on all the tsars, even the Greats such as Peter and Catherine. His one and only true hero and role model was Lenin.

Another mountain made out of a molehill is Stalin’s underlining of this quotation in a 1916 Russian history textbook: “The death of the defeated is necessary for the tranquility of the victors”—attributed to Genghis Khan. Is that why Stalin killed all those Old Bolsheviks, asked two Russian historians. That Stalin might have been interested in Genghis Khan’s motivation for what the book’s author terms the “Tatar Pogroms” does not seem to have occurred to them.

Another apparently smoking gun spotted by some is the text written at the back of Stalin’s heavily marked 1939 edition of Lenin’s Materialism and Empirio-Criticism:

1) Weakness, 2) Idleness, 3) Stupidity. These are the only things that can be called vices. Everything else, in the absence of the aforementioned, is undoubtedly virtue. NB! If a man is (1) strong (spiritually), 2) active, 3) clever (or capable), then he is good, regardless of any other “vices”!

According to British academic Donald Rayfield, this was “the most significant statement” Stalin ever made: “Stalin’s comment gives a Machiavellian gloss to the credo of a Dostoevskian satanic antihero and is an epigraph to his whole career.” British historian Robert Service saw the inscription as “intriguing” and thinks that Stalin, in “communing with himself” and in using “the religious language of the spirit and of sin and vice,” was “reverting to the discourse of the Tbilisi Spiritual Seminary,” his early schooling having “left an indelible imprint.” Slavoj Žižek considered it “as concise as ever a formulation of immoral ethics.”

All very interesting, except the handwriting is not Stalin’s. Who wrote those words and how they came to be inscribed in a book in his library remains mysterious, as does their intended meaning. Geoffrey Roberts is emeritus professor of history at University College Cork and a member of the Royal Irish Academy. A leading Soviet history expert, his many books include the award-winning biography Stalin’s General: The Life of Georgy Zhukov; the acclaimed Stalin’s Wars: From World War to Cold War; and Stalin’s Library: A Dictator and His Books.