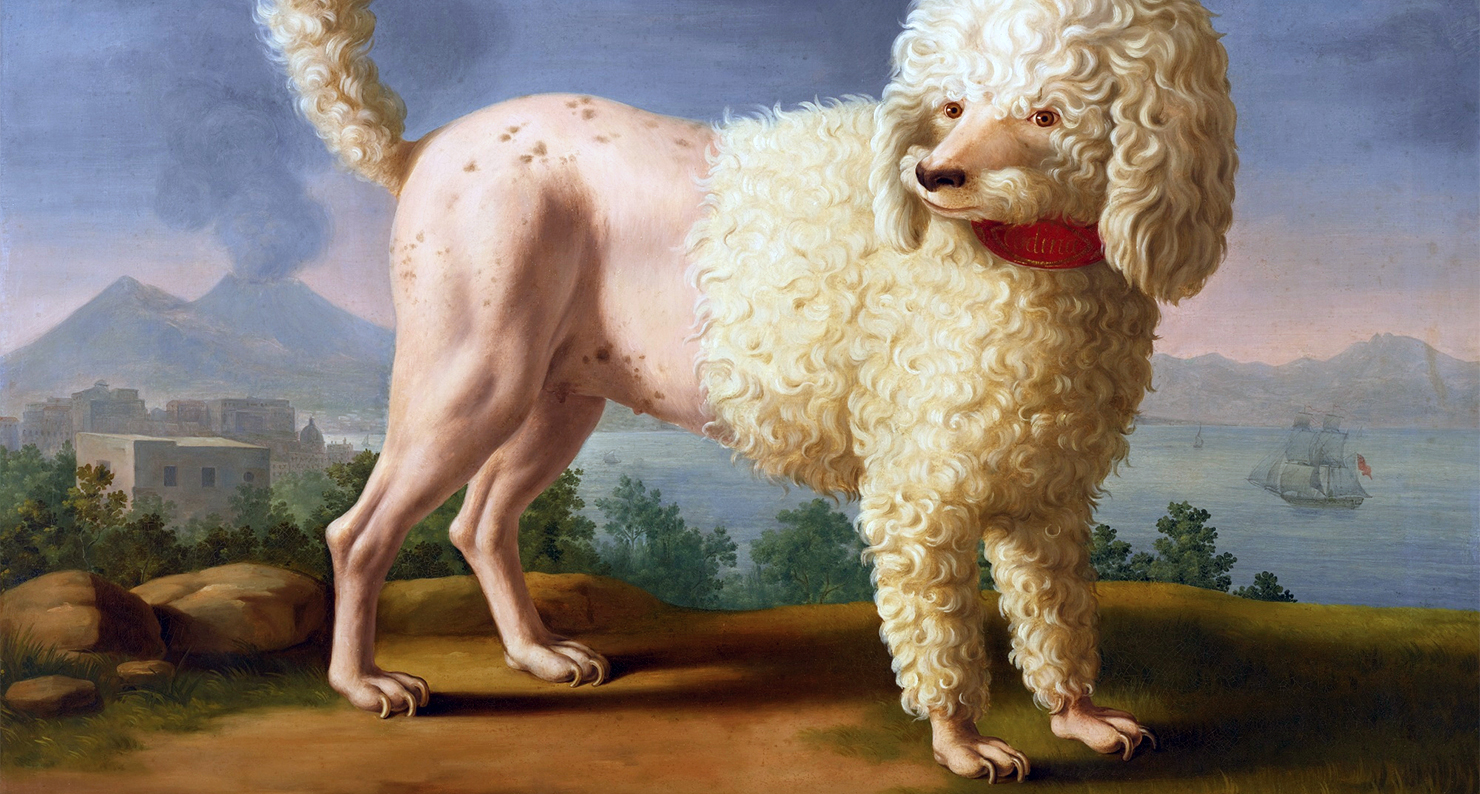 “I remember when he asked to take Charley Dog,” Elaine Steinbeck once said of her famous husband. “He said rather meekly, ‘This is a big favor I’m going to ask, Elaine. Can I take Charley Dog?” Thinking it might benefit John Steinbeck, who had just suffered several small strokes, Elaine said that it was a wonderful idea for her husband to take the family dog on his cross-country journey in a pickup truck to, as he said in a letter to Frank Loesser, “learn about” and “rediscover” the America he loved so much. She gave her husband permission, saying that if John got into any kind of trouble, Charley could help him out.

Charley was definitely not Lassie. He was what his master called “an old French gentleman poodle” named Charles le Chien that was “born in Bercy on the outskirts of Paris.” Charley was a standard poodle, not exactly the type of dog easily associated with a writer famous for capturing the hardscrabble lives of working-class Americans since, according to the Animal Planet book on the breed, “[it] has come to symbolize high style and luxury—the quintessential ‘blueblood’ of canines.”

Charley’s pedigree wouldn’t stand in the way of Steinbeck winning the Nobel Prize a few months after the 1962 publication of Travels with Charley: In Search of America, but the book’s popularity didn’t help people see the poodle in a different light. To this day poodles are still known more for their ornate haircuts than their cunning. Poodles, especially the standard-sized type, are highly intelligent, obedient, and friendly dogs that hunters have been using for hundreds of years to retrieve game from the water. Kings, queens, prime ministers, and generals have had poodles by their sides in castles and encampments across Europe and pre-Revolutionary America. George Washington wrote several times in his diary of taking his “water dog” Pilot “a ducking” with him. While the Founding Father reportedly owned over fifty dogs, a poodle was the type of water dog somebody of his high stature would keep, and it is commonly believed that Pilot was the first Presidential poodle.

The poodle also charmed Winston Churchill into making sure that the two he owned, both named Rufus, were included in family dinners. Thomas Mann and Gertrude Stein kept them as companions, and even Russian President Vladimir Putin is the proud owner of a toy poodle named Tosya. But as a perfect example of exactly how the poodle is viewed by people the world over, P.J. Aroon of Foreign Policy pointed out that the Russian President “has tried to keep his fondness for Tosya hidden” the poodle being “the most unmacho of dogs.” Instead, the Russian government shows off photos of Putin playing with Yume, an Akita-Inu, and Buffy, a Bulgarian shepherd, while we’re left to suspect that Tosya is probably the favorite when the president knows that the cameras aren’t around.

People are often surprised and amused to discover poodles are so handy when going out looking for foul. They are excellent truffle finders, and went mushing in the Iditarod from 1988 to 1991. Yet the biggest misconception people have about poodles is their origin; poodles were water-dogs that were bred first, not in France, but in Germany, with the earliest known record of anything resembling a poodle going back to 1524, when a German writer named Conrad Gesner described the “Pudel” as a hunting retriever. A 1622 woodcut that depicts a “Water Dogge” with a very similar coat-clipping to the one we associate with poodles today is the first visual of the dog and its well-known haircut. Even though by today’s standards the poodle cut is the most elaborate and precise in the entire show dog world, the iconic cut serves practical purposes.

In the traditional “poodle cut,” the dog’s single layer, moisture-resistant and hypoallergenic coat is shorn close and left long in parts to make swimming easier, but also protect the vital organs in the cold weather. The reasons for the fluffy balls left on the hips, ankles, and tail aren’t as clear to understand. Some say they protect the dog, others say it adds buoyancy in the water, while another group of poodle owners will tell you it is for pure decoration.

Breeding eventually yielded two more different sizes of the traditional poodle: the smaller Miniature and Toy. It’s also routinely believed that poodles bred in Germany were brown, while ones from Russia were traditionally black. White poodles were mostly bred in France-as they’re most popular of the three, it’s easy to see why people incorrectly think of the poodle as a French dog. It’s difficult for historians to ascertain exactly when and why poodles first came to Paris, especially since pudlehund is a word derived from Low German, predominantly spoken in the Kingdom of Prussia, whose relationship with France has, historically, been shaky at best.

The poodle definitively made it out of Germany in 1636, when Prince Rupert of the Rhine aided King Charles I in the English Civil War, he brought his white poodle Boye along with him. The dog became well-known in England by accompanying his master into battle and was the subject of propaganda. It was said the dog put a hex on his enemies and was invulnerable in battle, that it was born of demonic origins and endowed with magical powers such as shape-shifting. Boye proved to be mortal after all when in 1644 he escaped camp to follow his master onto the battlefield and was killed at the Battle of Marston Moor.

Brave enough to follow their owners into danger, smart and easy to train , and eminently loveable, the poodle really has all the most-prized qualities of man’s best friend, yet the breed has always been misunderstood and maligned But humans that don’t know the greatness of the breed have it totally wrong; the biggest problem the proud poodle has is that they’re simply too good looking for most humans to realize what a great dogs they are. But to anyone who has observed a poodle just going about its business? To see it strut and bounce on its long legs is a chance to admire one of the most beautiful and gracious members of the canine family.

Jason Diamond is a writer who lives in Brooklyn. He is the founder of Vol. 1 Brooklyn and an associate editor at Men’s Journal.