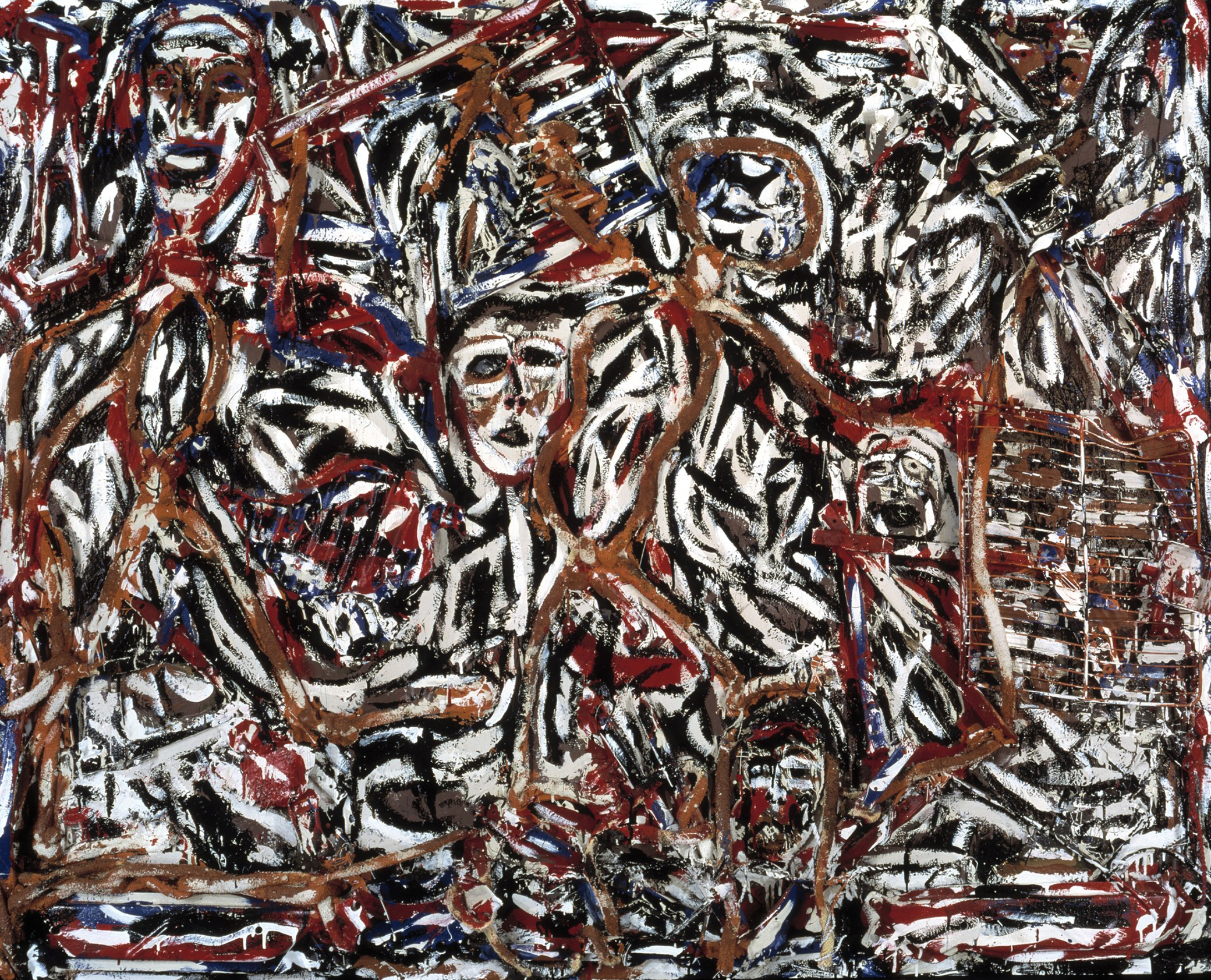 Top of the Line (Steel), by Thornton Dial Sr., 1992. Smithsonian American Art Museum, gift from the collection of Ron and June Shelp, 1993.

As people continue to gather across the world to protest police brutality and anti-Black racism, Roundtable will feature voices from the past who rose up against injustice and told stories or witnessed moments that rhyme with the ones unfolding before us.

Anna Julia Cooper was born enslaved in Raleigh, North Carolina, just before the start of the Civil War; she died in Washington, DC, less than a year after the March on Washington. She received a doctorate from the Sorbonne and taught mathematics, ancient languages, and literature at institutions across the country. And she was an activist, constantly giving speeches and writing essays about Black lives, especially the lives and futures of Black women. Many of those speeches and essays were collected in the 1892 book A Voice from the South: By a Black Woman of the South, including her essay “Has America a Race Problem? If So, How Can It Best Be Solved?” which is excerpted below.

“It is because I believe the American people to be conscientiously committed to a fair trial and ungarbled evidence, and because I feel it essential to a perfect understanding and an equitable verdict that truth from each standpoint be presented at the bar that this little Voice has been added to the already full chorus,” she wrote at the beginning of the book, explaining her “raison d’être.” “If these broken utterances can in any way help to a clearer vision and a truer pulsebeat in studying our Nation’s Problem, this Voice by a Black Woman of the South will not have been raised in vain.” 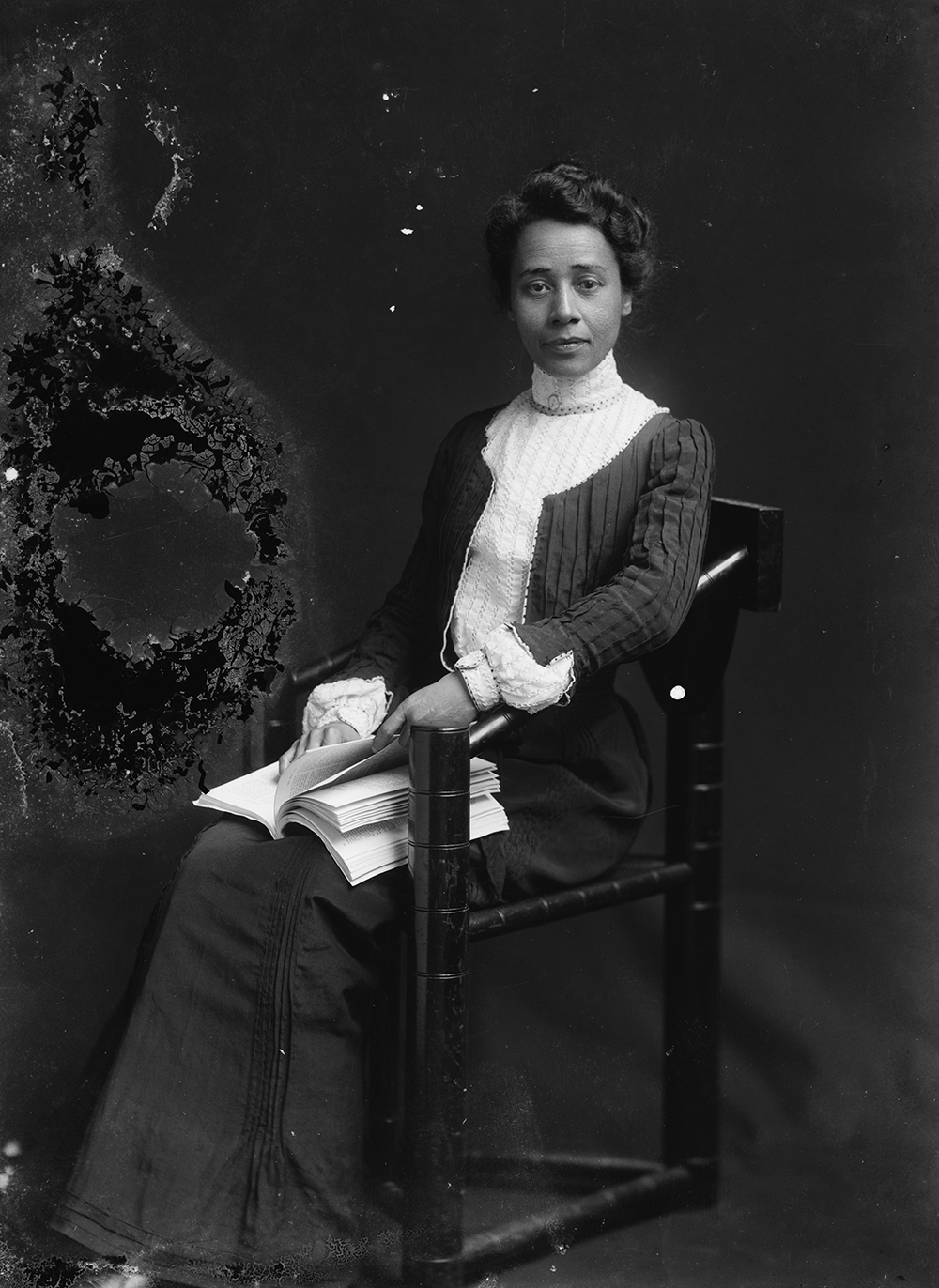 There are two kinds of peace in this world. The one produced by suppression, which is the passivity of death; the other brought about by a proper adjustment of living, acting forces. A nation or an individual may be at peace because all opponents have been killed or crushed; or nation as well as individual may have found the secret of true harmony in the determination to live and let live.

Now I need not say that peace produced by suppression is neither natural nor desirable. Despotism is not one of the ideas that man has copied from nature. All through God’s universe we see eternal harmony and symmetry as the unvarying result of the equilibrium of opposing forces. Fair play in an equal fight is the law written in Nature’s book. And the solitary bully with his foot on the breast of his last antagonist has no warrant in any fact of God.

The beautiful curves described by planets and suns in their courses are the resultant of conflicting forces. Could the centrifugal force for one instant triumph, or should the centripetal grow weary and give up the struggle, immeasurable disaster would ensue—earth, moon, sun would go spinning off at a tangent or must fall helplessly into its master sphere. The acid counterbalances and keeps in order the alkali; the negative, the positive electrode. A proper equilibrium between a most inflammable explosive and the supporter of combustion gives us water, the bland fluid that we cannot dispense with. Nay, the very air we breathe, which seems so calm, so peaceful, is rendered innocuous only by the constant conflict of opposing gases. Were the fiery, never-resting, all-corroding oxygen to gain the mastery, we should be burnt to cinders in a trice. With the sluggish, inert nitrogen triumphant, we should die of inanition.

These facts are only a suggestion of what must be patent to every student of history. Progressive peace in a nation is the result of conflict; and conflict, such as is healthy, stimulating, and progressive, is produced through the coexistence of radically opposing or racially different elements. The child can never gain strength save by resistance, and there can be no resistance if all movement is in one direction and all opposition made forever an impossibility.

“Who are Americans?” comes rolling back from ten million throats. Who are to do the packing and delivering of the goods? Who are the home folks and who are the strangers?

The red men used to be owners of the soil, but they are about to be pushed over into the Pacific Ocean. They, perhaps, have the best right to call themselves “Americans” by law of primogeniture. They are at least the oldest inhabitants of whom we can at present identify any traces. If early settlers from abroad merely are meant and it is only a question of squatters’ rights—why, the Mayflower, a pretty venerable institution, landed in the year of Grace 1620, and the first delegation from Africa just one year ahead of that, in 1619. The first settlers seem to have been almost as much mixed as we are on this point; and it does not seem at all easy to decide just what individuals we mean when we yell “America for the Americans.”

The fact is this nation was foreordained to conflict from its incipiency. Its elements were predestined from their birth to an irrepressible clash followed by the stable equilibrium of opposition. Exclusive possession belongs to none. There never was a point in its history when it did. There was never a time since America became a nation when there were not more than one race, more than one party, more than one belief contending for supremacy. Hence no one is or can be supreme. All interests must be consulted, all claims conciliated. Where a hundred free forces are lustily clamoring for recognition and each wrestling mightily for the mastery, individual tyrannies must inevitably be chiseled down, individual bigotries worn smooth and malleable, individual prejudices either obliterated or concealed. America is not from choice more than of necessity republic in form and democratic in administration. The will of the majority must rule simply because no class, no family, no individual has ever been able to prove sufficient political legitimacy to impose their yoke on the country. All attempts at establishing oligarchy must be made by wheedling and cajoling, pretending that not supremacy but service is sought. The nearest approach to outspoken self-assertion is in the conciliatory tones of candid compromise. “I will let you enjoy that if you will not hinder me in the pursuit of this” has been the American sovereign’s home policy since his first Declaration of Independence was inscribed as his policy abroad. Compromise and concession, liberality and toleration were the conditions of the nation’s birth and are the sine qua non of its continued existence. A general amnesty and universal reciprocity are the only modus vivendi in a nation whose every citizen is his own king, his own priest, and his own pope.

Tocqueville, years ago, predicted that republicanism must fail in America. But if republicanism fails, America fails, and somehow I cannot think this colossal stage was erected for a tragedy. I must confess to being an optimist on the subject of my country. It is true we are too busy making history, and have been for some years past, to be able to write history yet or to understand and interpret it. Our range of vision is too short for us to focus and image our conflicts. The clashing of arms and the din of battle, the smoke of cannon and the heat of combat, are not yet cleared away sufficiently for us to have the judicial vision of historians. Our jottings are like newspaper reports written in the saddle, amid prancing steeds and roaring artillery.

The supremacy of one race—the despotism of a class or the tyranny of an individual—cannot ultimately prevail on a continent held in equilibrium by such conflicting forces and by so many and such strong-fibered races as there are struggling on this soil. Never in America shall one man dare to say, as Germany’s somewhat bumptious emperor is fond of proclaiming, “There is only one master in the country and I am he. I shall suffer no other beside me. Only to God and my conscience am I accountable.” The strength of the opposition tones down and polishes off all such ugly excrescences as that. “I am the State” will never be proclaimed above a whisper on a platform where there is within arm’s length another just as strong, possibly stronger, who holds or would like to hold that identical proposition with reference to himself. In this arena then is to be the last death struggle of political tyranny, of religious bigotry and intellectual intolerance, of caste illiberality and class exclusiveness. And the last monster that shall be throttled forever methinks is race prejudice. Men will learn that a race, as a family, may be true to itself without seeking to exterminate all others. That for the note of the feeblest there is room, nay a positive need, in the harmonies of God. That the principles of true democracy are founded in universal reciprocity, and that “a man’s a man” was written when God first stamped His own image and superscription on His child and breathed into his nostrils the breath of life. And I confess I can pray for no nobler destiny for my country than that it may be the stage, however far distant in the future, whereon these ideas and principles shall ultimately mature; and culminating here at whatever cost of production shall go forth hence to dominate the world.

Methought I saw a mighty conflagration, plunging and heaving, surging and seething, smoking and rolling over this American continent. Strong men and wise men stand helpless in mute consternation. Empty-headed babblers add the din of their bray to the crashing and crackling of the flames. But the hungry flood rolls on. The air is black with smoke and cinders. The sky is red with lurid light. Forked tongues of fiery flame dart up and lick the pale stars, and seem to laugh at men’s feebleness and frenzy. As I look on I think of Schiller’s sublime characterization of fire: “Frightful becomes this God power when it snatches itself free from fetters and stalks majestically forth on its own career—the free daughter of Nature.” Ingenuity is busy with newly patented snuffers all warranted to extinguish the flame. The street gamin with a hooked wire pulls out a few nuggets that chanced to be lying on the outskirts where they were cooked by the heat, and gleefully cries, “What a nice fire to roast my chestnuts,” and like little Jack Horner, “What a nice boy am I!”

Meantime this expedient, that expedient, the other expedient is suggested by thinkers and theorizers hoping to stifle the angry, roaring, devouring demon and allay the mad destruction.

Read the other entries in this series: James Weldon Johnson, Claude McKay, Walter F. White, and a Haitian hymn.

Born enslaved in Raleigh, North Carolina, Anna Julia Cooper spent her life fighting for the rights and education of black women. She attended Oberlin College after the death of her husband, and received a doctorate from the Sorbonne in her sixties; the Anna Julia Cooper Center on Gender, Race, and Politics in the South at Wake Forest University is named in her honor. The U.S. passport features quotations from thirteen Americans, only one of which is by a woman: “The cause of freedom is not the cause of a race or a sect, a party or a class—it is the cause of humankind and the very birthright of humanity.” The quotation is from Cooper’s speech “Woman Versus the Indian.”