Justus: Howdy, neighbors. Every Sunday, whenever the Seahawks score or they win a game, someone in the neighborhood lights fireworks or a cannon, and my dog retreats to the “safety” of the bathtub or under the bed.

Every Sunday during football season, I have a terrified dog. She won’t go for walks or even leave the bathroom. I’m sure other dogs are also freaked out by this. I love it when the Seahawks win…but can we chill out on the booming noises, please? I’m not sure who does this, but if you do, please pass this along. Thanks!

EmRo: We have the same problem with our two small dogs and a small child who is also sleeping during game time. I have called the police over a dozen times, and I have even confronted a neighbor whom I can clearly see setting off fireworks with her children. Nothing has helped, and I’m completely sick of my neighbors.

Terry: Thank you for your post. I have a dog that totally freaks out, too. Poor thing. He’s completely terrified and hysterical. It takes hours after a game for him to calm down. I wish someone would say something to the people with the cannons. They could find another way to celebrate. Maybe they could blast themselves with an air horn or something.

Scott: That cannon only goes off when the Sea­hawks score. I think you’re making it out to be a big deal for your dogs, when in reality it happens two to four times on Sunday only during the game. It’s become a tradition, and most of us in the area think it’s awesome.

What do you do for your dogs at New Year’s or the Fourth of July? I have three dogs, and they cower a little bit when they hear fireworks, but they’re dogs and they get over it real quick.

Get your dog some earmuffs or figure out something else, but quit your whining.

Serene: Scott, most people in the area actually do not think it is “awesome,” as you could surmise by reading the many posts here or many other previous discussions on the topic. For those of us with pets or loved ones who are severely affected by this noise, Seahawks games, the Fourth of July, and New Year’s are all times of the year to be dreaded rather than joyous times that we can spend with our families, all because of the lack of consideration of a few. This discussion is not whining, it is about constructive problem solving. If you don’t care to participate constructively, kindly turn off the alerts or spend your time elsewhere. Thank you.

Scott: You know I’m just expressing my opinion. We enjoy the tradition, and our three small dogs have learned that it’s no big deal. My problem is I think you’re making an issue out of something that’s been happening for years during football season. It seems to me if it were illegal to fire off the cannon, and since everyone knows where it’s coming from, the police would enforce the noise ordinance. This is still a free country, and I’m against any who want to force them to change their behavior because a few people have a problem. Let’s focus on real issues that need to be addressed. 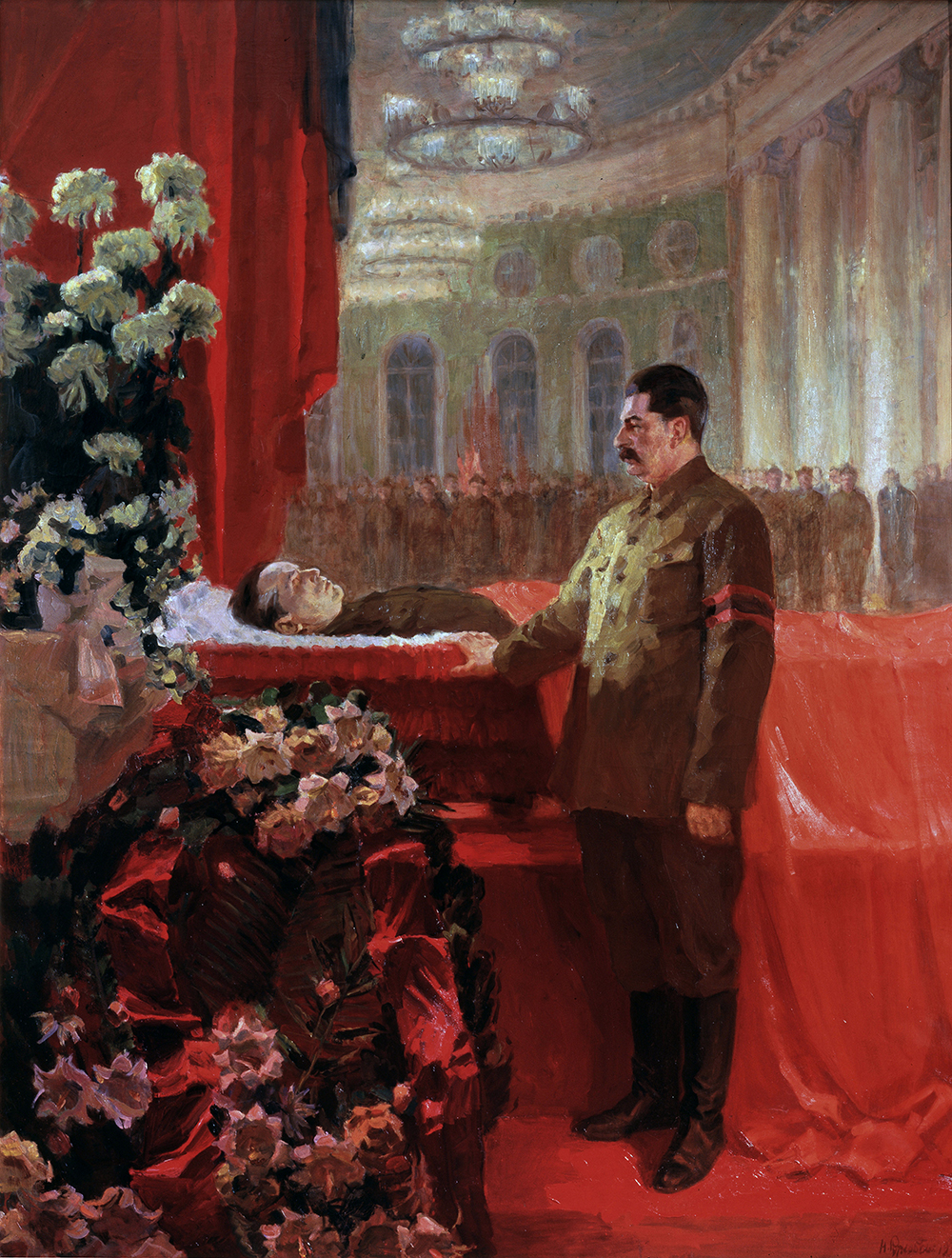 Christine: *shrugs* I don’t mind the cannon, my dogs and ducks haven’t been bothered by it, and my dad that lives here who is a vet and has PTSD says he isn’t affected by it. I’m not here to be chased with pitchforks ’cause I don’t agree with the mob. I’m just saying it doesn’t bother us. I think someone a few houses down started doing a cannon. Man, it was loud but, meh, live and let live.

Serene: I really don’t understand why you seem compelled to justify your own illegal actions that clearly show that you don’t care about the many neighbors in this thread who have valid concerns.

Christine: So just because I like the cannon I’m insensitive? That’s really an attacking statement. Not once did I attack someone else’s opinion or call anyone any names. Put down your pitchfork. It’s unfortunate that other people are affected by these cannons. I’m not going to stop enjoying them just because my neighbor hates them. If my neighbor is a vegetarian and hates that I grill meat in my backyard where they have to smell it, does that make me heartless and cruel? Should I then stop having backyard BBQs because of how it upsets them? I’m not comparing the cannon to meat eating. I’m saying just because there are a few neighbors that stand out of the crowd who have a different opinion doesn’t make them anything other than people with a different opinion. I like that we have that in the world. Let people say their piece in peace.

Steve: Christine, first of all, when you compare two things, that is called comparing.

I’ll do one, and see if this makes sense to you.

Insensitive—I’m in a drumming circle, and I love to drum. I love it so much that at nine pm, I build a fire and dance around it, screaming and drumming. I have neighbors on both sides of me, one has kids that go to bed at eight thirty, the other he gets up at four am to go work, so he goes to bed at eight pm. They both ask me if I can not do that, explaining how it affects them. I say, Well, I really like this in my world, we just have a different opinion, live and let live. I drum away.

Sensitive—I’m so sorry. I will stop and just do it at my friend’s house or in the woods, where it doesn’t affect my neighbors. And the next day I take them some brownies.

Sandy: Steve, you sound like a real nice neighbor to have—not. What an ass.

Steve: Neighborhood meeting December 5 at seven thirty—the White Center Library meeting space. All of your ideas and stories are welcome in this time of great division. Let’s participate in active community building. There is strength in numbers. See you there. 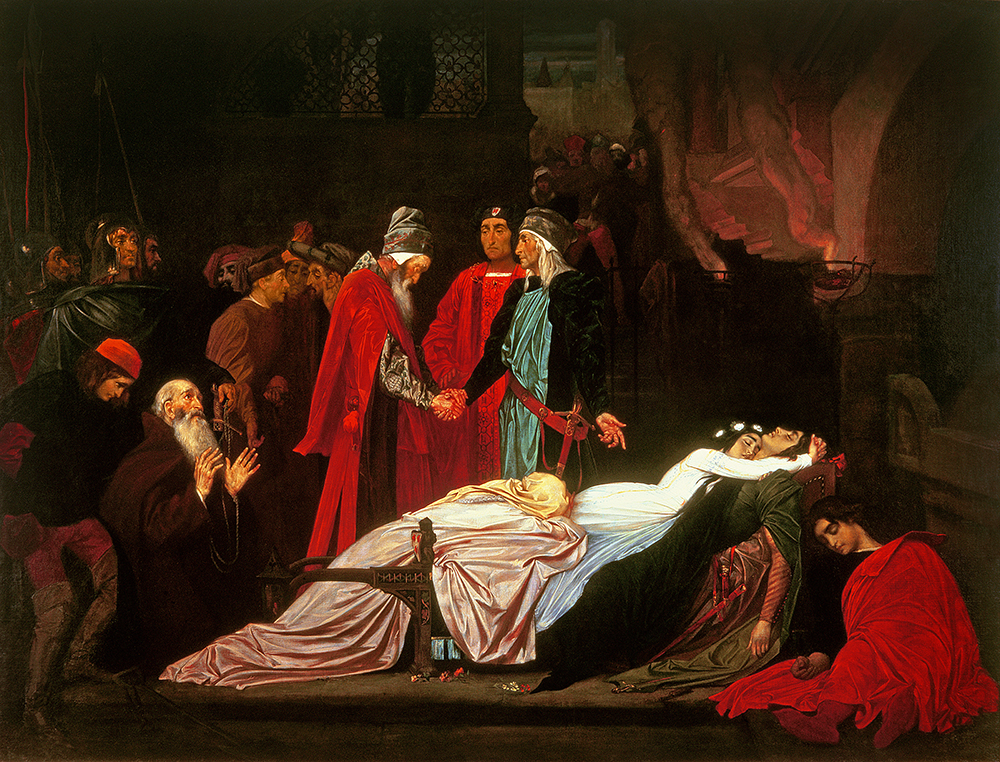 The Reconciliation of the Montagues and the Capulets over the Dead Bodies of Romeo and Juliet, by Frederic Leighton, c. 1855. © Christie’s Images / Bridgeman Images.

Andrew: Well, that was a mess. Thanks for the attempt, people, and thanks, Steve, for setting it up. Not sure where to go from here; seems like bad actors will always show up and poison discussion, and short of no-platforming them, I don’t think there’s an answer.

Steve: Neighbors, all my hopes and expectations for something positive to come out of last night’s meeting got dashed pretty quick by folks that just wanted a fight. I was told by members of this coalition, not sure what other word to use, that they were told to be there because we, “the hippies,” wanted to take away their fireworks on the Fourth of July. We all know this not to be true.

Once I saw all the Seahawks paraphernalia being worn by this group, I will admit my radar went up, but then I thought, Well, the only way we can work this out is to have both sides of the table present, so maybe it’s a good thing.

I know that we all have families, pets, hobbies, stresses, dreams. Common ground, right?

The truth is several people did not want to talk, to compromise, to share stories. They came in with fists clenched, looking for a fight. I am not a fighter, I am a peacemaker, but I’m also a survivor, and I will not sit down to bullies, especially when myself or my family are being threatened.

So it went bad. Yelling, scuffling, all in the library. Many neighbors left right away, I can only imagine their thoughts.

In hindsight I should have turned off the lights and left but I didn’t. Police were called, threats were made, citations were handed out.

I will end this by saying how sorry I am to the library staff and the public that were trying to enjoy some quiet time away from the daily madness of life. I would also like to thank Bu­rien City Council member Krystal Marx, who came to listen and bring our combined voices back to the city but ended up being called names and disrespected and in all of this was a calming voice to the chaos.

My hope is that we all learned something about each other, and with education there is hope. My fear is last night was just a microcosm of all that is wrong with our society, and it’s going to get much worse before it gets better. I hope I’m wrong.

I’m stepping away from Nextdoor. I regret any harsh words that I spoke to anyone, and hopefully some of us can still come together as neighbors and share stories and laugh a little. Be well. Steve.

EmRo: This explains the large firework that was set off last night. I was attempting to get some things done after my daughter went to bed, but instead I had to hold my shaking dog.

These people have complete disregard, and it makes me sick to hear about how this meeting went last night.

They are clearly reading here, yet they hide behind their firearms and lack basic communication skills. Stay vigilant, neighbors. I will not give in to bullies, cowards, or immaturity.

Alisha: So someone’s car was keyed at this meeting with the word faggot on their new car. Scott? Know anything about this?

Jason: It’s funny we’re getting labeled bullies when my car was the one vandalized.

From posts to the website Nextdoor. Launched in 2011 as a private social network for neighbors to interact online, Nextdoor became the target of a social media account called Best of Nextdoor, which collects strange postings to the network, including this discussion titled “Seahawks Cannon.” Best of Nextdoor’s founder, Jenn Takahashi, “has built what might amount to the most complete contemporary picture of day-to-day American behavior,” writes Ian Bogost in The Atlantic, “a kind of crowdsourced Kinsey report on municipal perversity.”