Few things have more deeply injured the cause of religion than the busy, fussy energy with which men, narrow and feeble alike in faith and in science, have bustled forth to reconcile all new discoveries in physics with the word of inspiration. For it continually happens that some larger collection of facts or some wider view of the phenomena of nature alter the whole philosophic scheme, while Revelation has been committed to declare an absolute agreement with what turns out after all to have been a misconception or an error.

We cannot, therefore, consent to test the truth of natural science by the word of Revelation. But this does not make it the less important to point out on scientific grounds scientific errors, when those errors tend to limit God’s glory in creation or to gainsay the revealed relations of that creation to Himself. To both these classes of error, though, we doubt not, quite unintentionally on his part, we think that Mr. Darwin’s speculations directly tend.

Mr. Darwin writes as a Christian, and we doubt not that he is one. We do not for a moment believe him to be one of those who retain in some corner of their hearts a secret unbelief which they dare not vent, and we therefore pray him to consider well the grounds on which we brand his speculations with the charge of such a tendency. First, then, he not obscurely declares that he applies his scheme of the action of the principle of natural selection to Man himself, as well as to the animals around him. Now, we must say at once, and openly, that such a notion is absolutely incompatible with the whole representation of the moral and spiritual condition of man in the word of God. Man’s derived supremacy over the earth, man’s power of articulate speech, man’s gift of reason, man’s free will and responsibility, man’s fall and man’s redemption, the incarnation of the Eternal Son, the indwelling of the Eternal Spirit—all are equally and utterly irreconcilable with the degrading notion of the brute origin of him who was created in the image of God and redeemed by the Eternal Son assuming to himself his nature. Equally inconsistent, too, with the whole scheme of God’s dealings with man as recorded in His word, is Mr. Darwin’s daring notion of man’s further development into some unknown extent of powers and shape and size through natural selection acting through that long vista of ages which he casts mistily over the earth upon the most favored individuals of his species.

Nor can we doubt, secondly, that this view, which thus contradicts the revealed relation of creation to its Creator, is equally inconsistent with the fullness of His glory. It is, in truth, an ingenious theory for diffusing throughout creation the working and so the personality of the Creator. And thus, however unconsciously to him who holds them, such views really tend inevitably to banish from the mind most of the peculiar attributes of the Almighty.

Revolutions are not about trifles, but they are produced by trifles.

How, asks Mr. Darwin, can we possibly account for the manifest plan, order, and arrangement which pervade creation, except we allow to it this self-developing power through modified descent?

By the simplest and yet the most comprehensive answer. By declaring the stupendous fact that all creation is the transcript in matter of ideas eternally existing in the mind of the Most High—that order in the utmost perfectness of its relation pervades His works, because it exists as in its center and highest fountainhead in Him the Lord of all. Here is the true account of the fact which has so utterly misled shallow observers, that Man himself, the Prince and Head of this creation, passes in the earlier stages of his being through phases of existence closely analogous, so far as his earthly tabernacle is concerned, to those in which the lower animals ever remain. At that point of being, the development of the protozoa is arrested. Through it the embryo of their chief passes to the perfection of his earthly frame. But the types of those lower forms of being must be found in the animals which never advance beyond them—not in man for whom they are but the foundation for an after development, while he too, Creation’s crown and perfection, thus bears witness in his own frame to the law of order which pervades the universe.

In like manner could we answer every other question as to which Mr. Darwin thinks all oracles are dumb unless they speak his speculation. He is, for instance, more than once troubled by what he considers imperfections in nature’s work. “If,” he says, “our reason leads us to admire with enthusiasm a multitude of inimitable contrivances in nature, this same reason tells us that some other contrivances are less perfect.”

We think that the real temper of this whole speculation as to nature itself may be read in these few lines. It is a dishonoring view of nature.

That reverence for the work of God’s hands, with which a true belief in the all-wise Worker fills the believer’s heart, is at the root of all great physical discovery; it is the basis of philosophy. He who would see the venerable features of nature must not seek with the rudeness of a licensed roisterer violently to unmask her countenance but must wait as a learner for her willing unveiling. The presence of death and famine seems to Mr. Darwin inconceivable on the ordinary idea of creation, and he looks almost aghast at them until reconciled to their presence by his own theory that “a ratio of increase so high as to lead to a struggle for life, and as a consequence to natural selection entailing divergence of character and the extinction of less improved forms, is decidedly followed by the most exalted object which we are capable of conceiving, namely, the production of the higher animals.” But we can give him a simpler solution still for the presence of these strange forms of imperfection and suffering among the works of God. 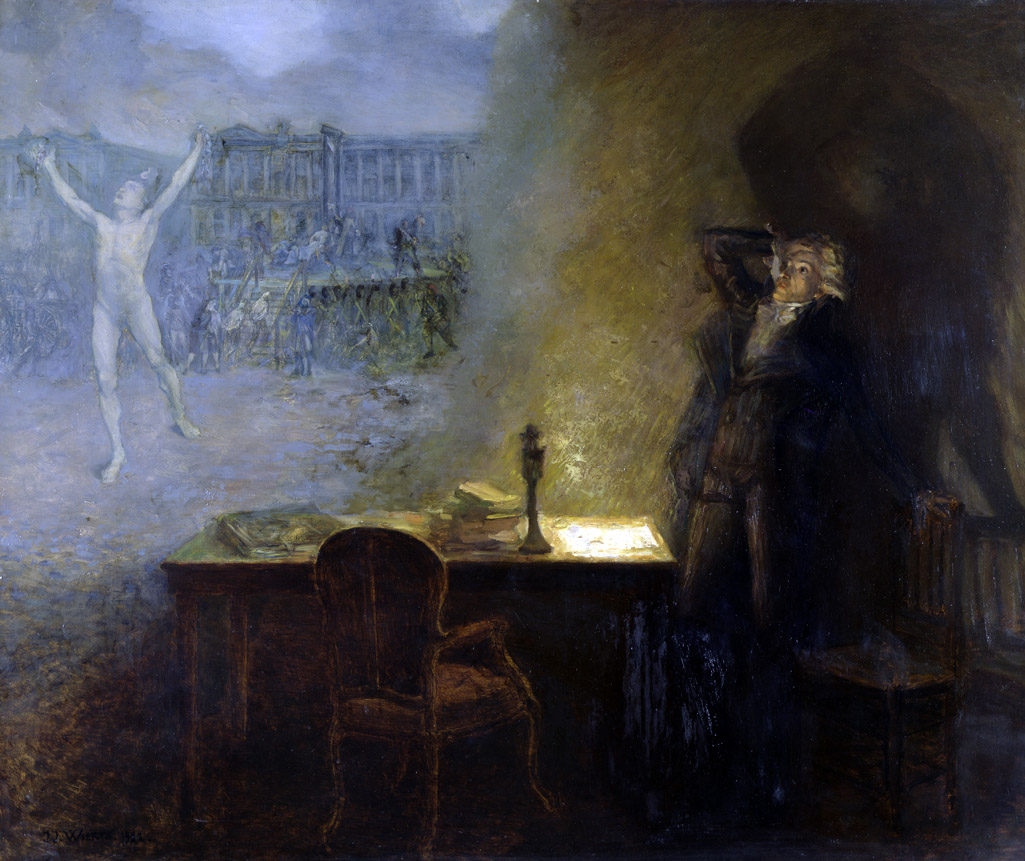 We can tell him of the strong shudder which ran through all this world when its head and ruler fell. When he asks concerning the infinite variety of these multiplied works which are set in such an orderly unity and run up into man as their reasonable head, we can tell him of the exuberance of God’s goodness, and remind him of the deep philosophy which lies in those simple words: “All thy works praise Thee, O God, and thy saints give thanks unto Thee.” For it is one office of redeemed man to collect the inarticulate praises of the material creation, and pay them with conscious homage into the treasury of the supreme Lord.

From a review of On the Origin of Species. Wilberforce, a bishop of Oxford and the son of abolitionist William Wilberforce, observed that Darwin’s book was of the utmost concern “not to naturalists only, or even to men of science exclusively, but to everyone who is interested in the history of man and of the relations of nature around him to the history and plan of creation.” About the review, Darwin wrote to a friend, “It is uncommonly clever; it picks out with skill all the most conjectural parts, and brings forward well all the difficulties.”