When I presented myself to be examined for master, the examiner who received me was short, plump, with a round, soft face in gray fluffy whiskers and fresh, loquacious lips.

He commenced operations with an easygoing “Let’s see. H’m. Suppose you tell me all you know of charter parties.” He kept it up in that style all through, wandering off in the shape of comment into bits out of his own life, then pulling himself up short and returning to the business in hand. It was very interesting. “What’s your idea of a jury rudder now?” he queried, suddenly, at the end of an instructive anecdote bearing upon a point of stowage.

I warned him that I had no experience of a lost rudder at sea and gave him two classical examples of makeshifts out of a textbook. In exchange he described to me a jury rudder he had invented himself years before, when in command of a three-thousand-ton steamer. It was, I declare, the cleverest contrivance imaginable. “May be of use to you someday,” he concluded. “You will go into steam presently. Everybody goes into steam.”

Before the examination was over, he imparted to me a few interesting details of the transport service in the time of the Crimean War. “The use of wire rigging became general about that time, too,” he observed. “I was a very young master then. That was before you were born.”

“The mutiny year,” he commented, as if to himself, adding in a louder tone that his ship happened then to be in the Gulf of Bengal, employed under a government charter.

Clearly the transport service had been the making of this examiner, who so unexpectedly had given me an insight into his existence, awakening in me the sense of the continuity of that sea life into which I had stepped from outside; giving a touch of human intimacy to the machinery of official relations. I felt adopted. His experience was for me, too, as though he had been an ancestor.

Writing my long name (it has twelve letters) with laborious care on the slip of blue paper, he remarked, “You are of Polish extraction.”

He laid down the pen and leaned back to look at me as it were for the first time.

“Not many of your nationality in our service, I should think. I never remember meeting one either before or after I left the sea. Don’t remember ever hearing of one. An inland people, aren’t you?”

I said yes—very much so. We were remote from the sea not only by situation but also from a complete absence of indirect association, not being a commercial nation at all but purely agricultural. He made then the quaint reflection that it was “a long way for me to come out to begin a sea life”; as if sea life were not precisely a life in which one goes a long way from home.

I told him, smiling, that no doubt I could have found a ship much nearer my native place, but I had thought to myself that if I was to be a seaman, then I would be a British seaman and no other. It was a matter of deliberate choice. 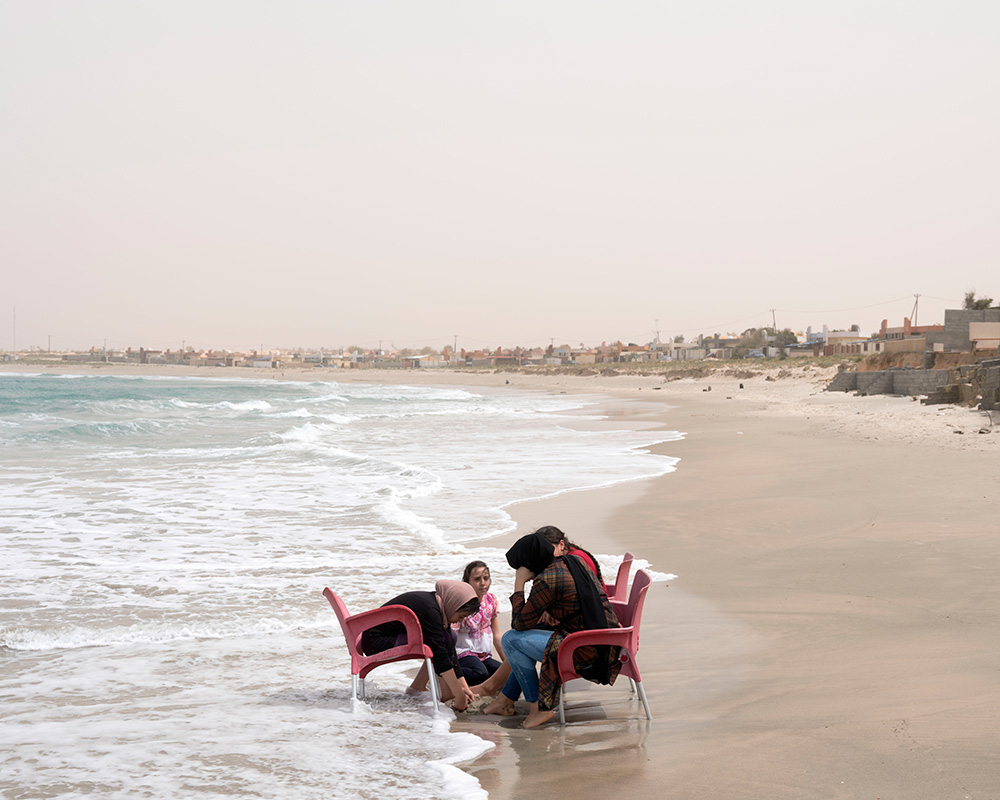 He nodded slightly at that; and as he kept on looking at me interrogatively, I enlarged a little, confessing that I had spent a little time on the way in the Mediterranean and in the West Indies. I did not want to present myself to the British Merchant Service in an altogether green state. It was no use telling him that my mysterious vocation was so strong that my very wild oats had to be sown at sea. It was the exact truth, but he would not have understood the somewhat exceptional psychology of my seagoing, I fear.

“I suppose you’ve never come across one of your countrymen at sea. Have you, now?”

I admitted I never had. The examiner had given himself up to the spirit of gossiping idleness. For myself, I was in no haste to leave that room. Not in the least. The era of examinations was over. I would never again see that friendly man who was a professional ancestor, a sort of grandfather in the craft. Moreover, I had to wait till he dismissed me, and of that there was no sign. As he remained silent, looking at me, I added, “But I have heard of one, some years ago. He seems to have been a boy serving his time on board a Liverpool ship, if I am not mistaken.”

“What was his name?”

“How did you say that?” he asked, puckering up his eyes at the uncouth sound.

I repeated the name very distinctly.

I told him. He moved his head at the impracticable nature of that name and observed, “It’s quite as long as your own—isn’t it?”

There was no hurry. I had passed for master, and I had all the rest of my life before me to make the best of it. That seemed a long time. I went leisurely through a small mental calculation and said, “Not quite. Shorter by two letters, sir.”

“Is it?” The examiner pushed the signed blue slip across the table to me and rose from his chair. Somehow this seemed a very abrupt ending of our relations, and I felt almost sorry to part from that excellent man, who was master of a ship before the whisper of the sea had reached my cradle. He offered me his hand and wished me well. He even made a few steps toward the door with me and ended with good-natured advice.

“I don’t know what may be your plans, but you ought to go into steam. When a man has got his master’s certificate, it’s the proper time. If I were you, I would go into steam.”

Can you take your country with you on the soles of your shoes?

I thanked him and shut the door behind me definitely on the era of examinations. I walked across the hill of many beheadings with measured steps. It was a fact, I said to myself, that I was now a British master mariner beyond a doubt. It was not that I had an exaggerated sense of that very modest achievement, with which, however, luck, opportunity, or any extraneous influence could have had nothing to do. That fact, satisfactory and obscure in itself, had for me a certain ideal significance. It was an answer to certain outspoken skepticism and even to some not very kind aspersions. I had vindicated myself from what had been cried upon as a stupid obstinacy or a fantastic caprice. I don’t mean to say that a whole country had been convulsed by my desire to go to sea. But for a boy between fifteen and sixteen, sensitive enough, in all conscience, the commotion of his little world had seemed a very considerable thing indeed. So considerable that, absurdly enough, the echoes of it linger to this day. I catch myself in hours of solitude and retrospect meeting arguments and charges made thirty-five years ago by voices now forever still; finding things to say that an assailed boy could not have found, simply because of the mysteriousness of his impulses to himself. I understood no more than the people who called upon me to explain myself. There was no precedent. I verily believe mine was the only case of a boy of my nationality and antecedents taking a, so to speak, standing jump out of his racial surroundings and associations. For you must understand that there was no idea of any sort of “career” in my call. Of Russia or Germany there could be no question. The nationality, the antecedents, made it impossible. The feeling against the Austrian service was not so strong, and I daresay there would have been no difficulty in finding my way into the naval school at Pola. It would have meant six months’ extra grinding at German, perhaps; but I was not past the age of admission, and in other respects I was well qualified. This expedient to palliate my folly was thought of—but not by me. I must admit that in that respect my negative was accepted at once. That order of feeling was comprehensible enough to the most inimical of my critics. I was not called upon to offer explanations; but the truth is that what I had in view was not a naval career but the sea. There seemed no way open to it but through France. I had the language, at any rate, and of all the countries in Europe, it is with France that Poland has most connection. There were some facilities for having me a little looked after, at first. Letters were being written, answers were being received, arrangements were being made for my departure for Marseille, where an excellent fellow called Solary, got at in a roundabout fashion through various French channels, had promised good-naturedly to put le jeune homme in the way of getting a decent ship for his first start if he really wanted a taste of ce métier de chien.

I watched all these preparations gratefully and kept my own counsel. But what I told the last of my examiners was perfectly true. Already the determined resolve that “if a seaman, then an English seaman” was formulated in my head, though, of course, in the Polish language. I did not know six words of English, and I was astute enough to understand that it was much better to say nothing of my purpose. As it was, I was already looked upon as partly insane, at least by the more distant acquaintances. The principal thing was to get away.

From A Personal Record. In 1862, when Conrad was four years old, his aristocratic Polish Ukrainian family was exiled to Vologda due to his father’s involvement in a nationalist insurrection against Russian occupation. By 1869 Conrad had become an orphan; he was cared for by a maternal uncle until 1874, when, as a teenager, Conrad traveled to Marseille to become a sailor in the French merchant marine. “Removed by great distances from such natural affections as were still left to me,” he writes elsewhere in this memoir, “I may safely say that through the blind force of circumstances, the sea was to be all my world.”