I was held as a slave at Harpers Ferry, Virginia. When I was twenty-five years old, my two brothers who were twelve miles out were sent for to the ferry, so as to catch us all three together, which they did. We were then taken to Baltimore to be sold down south.

The reason was that I had a free wife in Virginia, and they were afraid we would get away through her means. My wife and two children were then keeping boarders; I was well used, and we were doing well. All at once, on Sunday morning, a man came to my house before I was up and called me to go to his store to help put up some goods. My wife suspected it was a trap, but I started to go. When I came in sight of him, my heart failed me; I sent him word I could not come. On inquiry in a certain quarter, I was told that I was sold and was advised to make my escape into Pennsylvania. I then went to my owner’s, twelve miles, and remained there three days, they telling me I was not sold. The two brothers were all this time in jail, but I did not then know it. I was sent to the mill to get some offal—then two men came in, grabbed me and handcuffed me, and took me off. How I felt that day, I cannot tell. I had never been more than twenty miles from home, and now I was taken away from my mother and wife and children. About four miles from the mill, I met my wife in the road coming to bring me some clean clothes. She met me as I was on horseback, handcuffed. She thought I was on the farm and was surprised to see me. They let me get down to walk and talk with her until we came to the jail; then they put me in and kept her outside. She had then eight miles to go on foot, to get clothes ready for me to take along. I was so crazy, I don’t know what my wife said. I was beside myself to think of going south. I was as afraid of traders as I would be of a bear. This was Tuesday.

The man who had bought us came early Wednesday morning, but the jailer would not let us out, he hoping to make a bargain with somebody else and induce our owners to withdraw the bond from the man that had us. Upon this the trader and jailer got into a quarrel, and the trader produced a pistol, which the jailer and his brother took away from him. After some time the jailer let us out. We were handcuffed together; I was in the middle, a hand of each brother fastened to mine. We walked thus to Harpers Ferry. There my wife met me with some clothes. She said but little; she was in grief and crying. The two men with us told her they would get us a good home. We went by the cars to Baltimore—remained fifteen days in jail. Then we were separated, myself and one brother going to New Orleans, and the other remained in Baltimore. Him I have not seen since but have heard that he was taken to Georgia. There were about seventy of us, men, women, and children shipped to New Orleans. Nothing especial occurred except on one occasion, when, after some thick weather, the ship came near an English island. The captain then hurried us all below and closed the hatches. After passing the island, we had liberty to come up again.

We waited on our owners awhile in New Orleans, and after four months my brother and I were sold together as house servants in the city to an old widower who would not have a white face about him. He had a colored woman for a wife—she being a slave. He had had several wives whom he had set free when he got tired of them. This woman came for us to the yard—then we went before him. He sent for a woman, who came in, and said he to me, “That is your wife.” I was scared half to death, for I had one wife whom I liked and didn’t want another—but I said nothing. He assigned one to my brother in the same way. There was no ceremony about it—he said, “Cynthia is your wife, and Ellen is John’s.” As we were not acclimated, he sent us into Alabama to a watering place, where we remained three months till late in the fall—then we went back to him. I was hired out one month in a gambling saloon, where I had two meals a day and slept on a table; then for nine months to an American family, where I got along very well; then to a man who had been mate of a steamboat and whom I could not please. After I had been in New Orleans a year, my wife came on and was employed in the same place (in the American family).

One oppression there was, my wife did not dare let it be known she was from Virginia, through fear of being sold. When my master found out that I had a free woman for a wife there, he was angry about it and began to grumble. Then she went to a lawyer to get a certificate by which she could remain there. He would get one for a hundred dollars, which was more than she was able to pay, so she did not get the certificate but promised to take one by and by. His hoping to get the money kept him from troubling her—and before the time came for her taking it, she left for a distant place. He was mad about it and told me that if she ever came there again, he’d put her to so much trouble that she would wish she had paid the hundred dollars and got the certificate. This did not disturb me, as I knew she would not come back anymore. 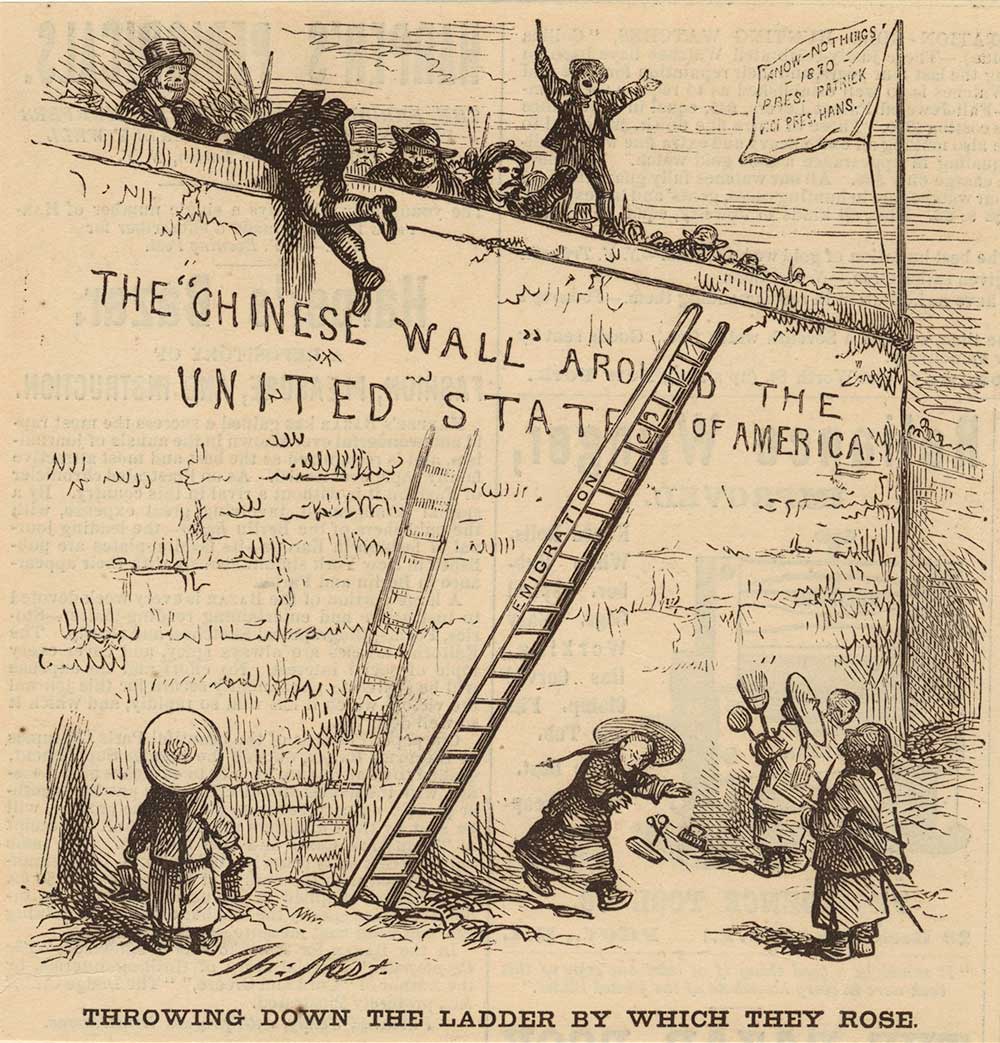 After my wife was gone, I felt very uneasy. At length, I picked up spunk and said I would start. All this time I dreamed on nights that I was getting clear. This put the notion into my head to start—a dream that I had reached a free soil and was perfectly safe. Sometimes I felt as if I would get clear, and again as if I would not. I had many doubts. I said to myself—I recollect it well—I can’t die but once; if they catch me, they can but kill me; I’ll defend myself as far as I can. I armed myself with an old razor and made a start alone, telling no one, not even my brother. All the way along, I felt a dread—a heavy load on me all the way. I would look up at the telegraph wire and dread that the news was going on ahead of me. At one time I was on a canal boat—it did not seem to go fast enough for me, and I felt very much cast down about it; at last I came to a place where the telegraph wire was broken, and I felt as if the heavy load was rolled off me. I intended to stay in my native country—but I saw so many mean-looking men that I did not dare to stay. I found a friend who helped me on the way to Canada, which I reached in 1851.

I served twenty-five years in slavery, and about five I have been free. I feel now like a man, while before I felt more as though I were but a brute. When in the United States, if a white man spoke to me, I would feel frightened, whether I were in the right or wrong; but now it is quite a different thing—if a white man speaks to me, I can look him right in the eyes—if he were to insult me, I could give him an answer. I have the rights and privileges of any other man. I am now living with my wife and children and doing very well. When I lie down at night, I do not feel afraid of oversleeping, so that my employer might jump on me if he pleased. I am a true British subject, and I have a vote every year as much as any other man. I often used to wonder in the United States, when I saw carriages going around for voters, why they never asked me to vote. But I have since found out the reason—I know they were using my vote instead of my using it—now I use it myself. Now I feel like a man, and I wish to God that all my fellow creatures could feel the same freedom that I feel. I am not prejudiced against all the white race in the United States—it is only the portion that sustains the cursed laws of slavery.

Here’s something I want to say to the colored people in the United States: You think you are free there, but you are very much mistaken. If you wish to be free men, I hope you will all come to Canada as soon as possible. There is plenty of land here, and schools to educate your children. I have no education myself, but I don’t intend to let my children come up as I did.

William Grose, from an account in A North-Side View of Slavery. In 1855 Benjamin Drew, a native of Plymouth, Massachusetts, traveled to Canada to document the stories of dozens of escaped former slaves, including Grose. “From the ties of a common humanity and a common nationality, we feel a deep interest in those exiled men,” Drew wrote in the resulting book, published as a rebuttal to the popular anti-abolitionist treatise A South-Side View of Slavery. “Why have they abandoned friends and kindred, kind masters and mistresses who were willing to take care of them, to live a life of exile among strangers?”

Skin in the Game