All through the last few months the work has been steadily growing. Our hospital is splendidly situated. Upstream and downstream, from places hundreds of kilometers away on the Ogooué and its tributaries, sick people are brought here, and the fact that those who bring them can be lodged here is a further encouragement to come in great numbers.

And there is yet another attraction: the fact that I am always at home, unless—and this has happened only two or three times so far—I have to go to some other mission station to treat a missionary who is ill, or some member of his family. Thus the native who has undertaken the trouble and the expense of the journey here from a distance is sure of seeing me. That is the great advantage which the independent doctor has over one appointed by the government. The latter is ordered now here, now there, by the authorities, or has to spend a long time with a military column on the march. “And that you have not got to waste so much time on correspondence, reports, and statistics—as we have to—is also an advantage, the reality of which you have not yet grasped,” said an army doctor not long ago, during a short chat with me on his way past.

The hut for the sleeping-sickness victims is now in course of erection on the opposite bank and costs me much money and time. When I am not myself superintending the laborers whom we have secured for grubbing up the vegetation and building the hut, nothing is done. For whole afternoons I have to neglect the sick to play the part of foreman there.

Sleeping sickness prevails more widely here than I suspected at first. The chief focus of infection is in the Ngounié district, the Ngounié being a tributary of the Ogooué about ninety miles from here, but there are isolated centers round Lambaréné and on the lakes behind N’Gômô.

What is the sleeping sickness? How is it spread? It seems to have existed in Equatorial Africa from time immemorial, but it was confined to particular centers, since there was little or no traveling. The native method of trade with the sea coast was for each tribe to convey the goods to the boundary of its territory, and there to hand them over to the traders of the adjoining one. From my window I can see the place where the Ngounié enters the Ogooué, and so far only might the Galoas living round Lambaréné travel. Anyone who went beyond this point, farther into the interior, was eaten.

When the Europeans came, the natives who served them as boat crews, or as carriers in their caravans, moved with them from one district to another, and if any of them had the sleeping sickness they took it to fresh places. In the early days it was unknown on the Ogooué, and it was introduced about thirty years ago by carriers from Loango. Whenever it gets into a new district, it is terribly destructive and may carry off a third of the population. In Uganda, for example, it reduced the number of inhabitants in six years from 300,000 to 100,000. An officer told me that he once visited a village on the Upper Ogooué which had two thousand inhabitants. On passing it again two years later he could only count five hundred; the rest had died meanwhile of sleeping sickness. After some time the disease loses its virulence, for reasons that we cannot as yet explain, though it continues to carry off a regular, if small, number of victims, and then it may begin to rage again as destructively as before.

Be temperate in wine, in eating, girls, and sloth, or the Gout will seize you.

The first symptom consists of irregular attacks of fever—sometimes light, sometimes severe—and these may come and go for months without the sufferer feeling himself really ill. There are victims who enter the sleep stage straight from this condition of apparent health, but usually severe headaches come during the fever stage. Many a patient have I had come to me crying out, “Oh, doctor! My head, my head! I can’t stand it any longer; let me die!” Again, the sleep stage is sometimes preceded by torturing sleeplessness, and there are patients who at this stage get mentally deranged: some become melancholy, others delirious. One of my first patients was a young man who was brought because he wanted to commit suicide.

As a rule, rheumatism sets in with the fever. A white man came to me once from the N’Gômô lake district suffering from sciatica. On careful examination I saw it was the beginning of the sleeping sickness, and I sent him at once to the Pasteur Institute at Paris, where French sufferers are treated. Often an annoying loss of memory is experienced, and this is not infrequently the first symptom which is noticed by those around them. Sooner or later, however, though it may be two or three years after the first attacks of fever, the sleep sets in. At first it is only an urgent need of sleep; the sufferer falls asleep whenever he sits down and is quiet, or just after meals.

Knowledge of the real nature of sleeping sickness is one of the latest victories of medicine. The first description of it was given in 1803 from cases observed among the natives of Sierra Leone, and it was afterward studied also in Negroes who had been taken from Africa to the Antilles and to Martinique. It was only in the sixties that extensive observations were begun in Africa itself, and these first led to a closer description of the last phase of the disease—no one even suspecting a preceding stage or that there was any connection between the disease and the long period of feverishness. This was only made possible by the discovery that both these forms of sickness had the same producing cause.

Then in 1901 the English doctors, Ford and Dutton, found, on examining with the microscope the blood of fever patients in Gambia, not the malaria parasites they expected, but small, active creatures which on account of their form they compared to gimlets, and named trypanosomata, i.e., “boring bodies.” Two years later the leaders of the English expedition for the investigation of sleeping sickness in the Uganda district found in the blood of a whole series of patients similar little active creatures. Being acquainted with what Ford and Dutton had published on the subject, they asked whether these were not identical with those found in the fever patients from the Gambia region, and at the same time, on examination of their own fever patients, they found the fever to be due to the same cause as produced the sleeping sickness. Thus it was proved that the “Gambia fever” was only an early stage of sleeping sickness.

The sleeping sickness is most commonly conveyed by the Glossina palpalis, a species of tsetse fly which flies only by day. If this fly has once bitten anyone with sleeping sickness, it can carry the disease to others for a long time, perhaps for the rest of its life, for the trypanosomes which entered it in the blood it sucked live and increase and pass in its saliva into the blood of anyone it bites.

Still closer study of sleeping sickness revealed the fact that it can be also conveyed by mosquitoes, if these insects take their fill of blood from a healthy person immediately after they have bitten anyone with sleeping sickness, as they will then have trypanosomes in their saliva. Thus the mosquito army continues by night the work which the Glossina is carrying on all day. Poor Africa!

In a district, therefore, where sleeping sickness has to be treated, its diagnosis is a terribly complicated business because the significance of every attack of fever, of every persistent headache, of every prolonged attack of sleeplessness, and of all rheumatic pains must be gauged with the help of the microscope. 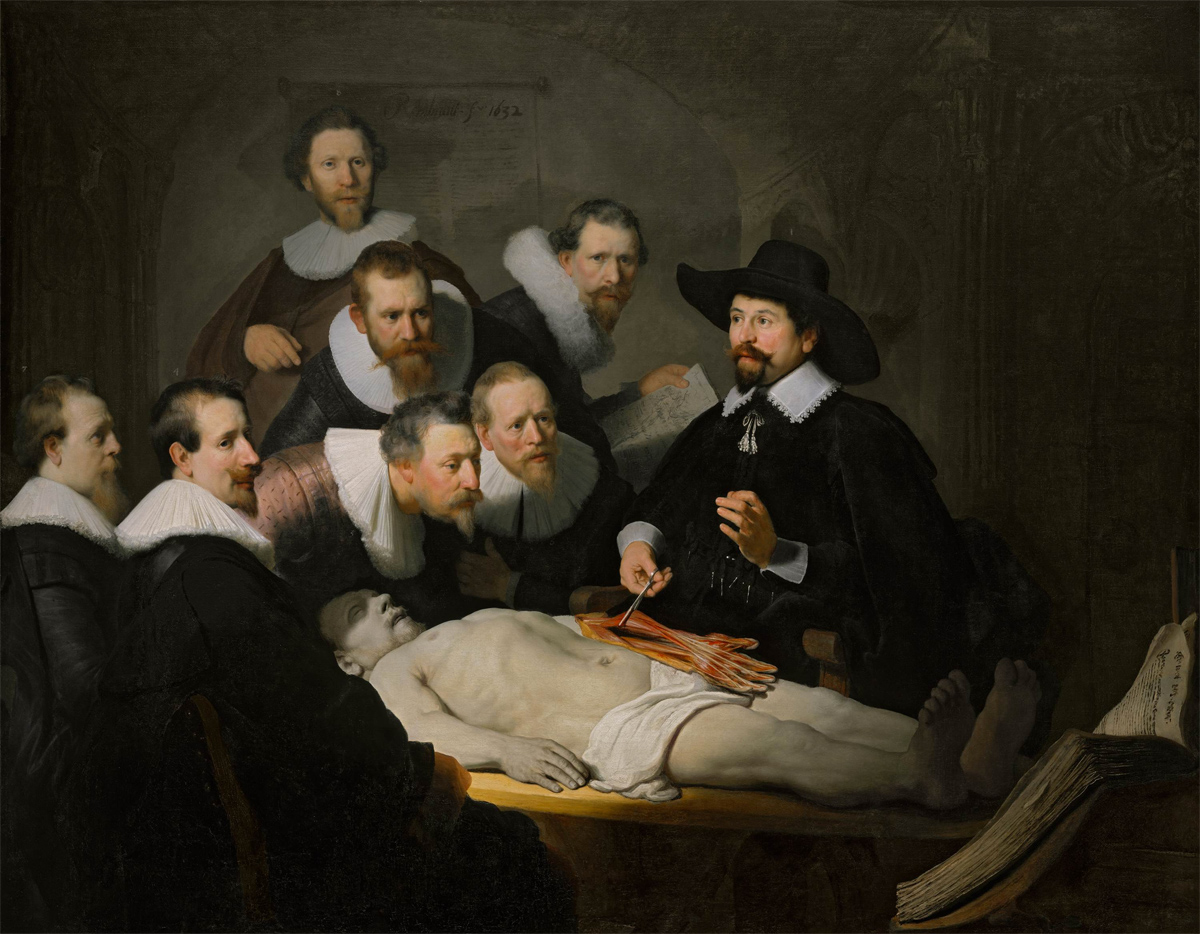 If I wish to treat such patients conscientiously, a couple of them together can tie me for a whole morning to the microscope while outside there are sitting a score of sick people who want to be seen before dinner time! There are also surgical patients whose dressings must be renewed; water must be distilled, and medicines prepared; sores must be cleansed, and there are teeth to be drawn! With this continual drive, and the impatience of the waiting sick, I often get so worried and nervous that I hardly know where I am or what I am doing.

Every five days my sleeping sick come to me for an injection, and before I begin I always ask in trepidation whether any of them have noticed that their sight is not as good as usual. Happily, I have so far only one case of blinding to record, and that was a man in whom the disease had already reached a very advanced stage. Sleeping sickness now prevails from the east coast of Africa right to the west, and from the Niger in the northwest to the Zambesi in the southeast. Shall we now conquer it? A systematic campaign against it over this wide district would need many doctors and the cost would be enormous … Yet, where death already stalks about as conqueror, the European states provide in most paltry fashion the means of stopping it, and merely undertake stupid defensive measures which only give it a chance of reaping a fresh harvest in Europe itself.

From The Primeval Forest. Schweitzer began his career as an organist in Strasbourg in 1893, later becoming an authority on the works of J. S. Bach. Having received doctorate degrees in philosophy and theology, he decided to become a mission doctor in 1905. In 1913 he traveled to French Equatorial Africa, where he and his wife built a hospital. He was awarded the Nobel Prize for Peace in 1952 and died at the age of ninety in 1965.