As Rip Van Winkle approached the village, he met a number of people, but none whom he knew, which somewhat surprised him, for he had thought himself acquainted with everyone in the country round. Their dress, too, was of a different fashion from that to which he was accustomed. They all stared at him with equal marks of surprise, and whenever they cast eyes upon him, invariably stroked their chins. The constant recurrence of this gesture induced Rip involuntarily to do the same, when, to his astonishment, he found his beard had grown a foot long!

He had now entered the skirts of the village. A troop of strange children ran at his heels, hooting after him and pointing at his gray beard. The dogs, too, not one of which he recognized for an old acquaintance, barked at him as he passed. The very village was altered: it was larger and more populous. There were rows of houses which he had never seen before, and those which had been his familiar haunts had disappeared. Strange names were over the doors—strange faces at the windows—everything was strange. His mind now misgave him; he began to doubt whether both he and the world around him were not bewitched. Surely this was his native village, which he had left but a day before. There stood the Catskill mountains—there ran the silver Hudson at a distance—there was every hill and dale precisely as it had always been—Rip was sorely perplexed—“That flagon last night,” thought he, “has addled my poor head sadly!”

It was with some difficulty that he found the way to his own house, which he approached with silent awe, expecting every moment to hear the shrill voice of Dame Van Winkle. He found the house gone to decay—the roof fallen in, the windows shattered, and the doors off the hinges. A half-starved dog, that looked like his dog Wolf, was skulking about it. Rip called him by name, but the cur snarled, showed his teeth, and passed on. This was an unkind cut indeed. “My very dog,” sighed poor Rip, “has forgotten me!” 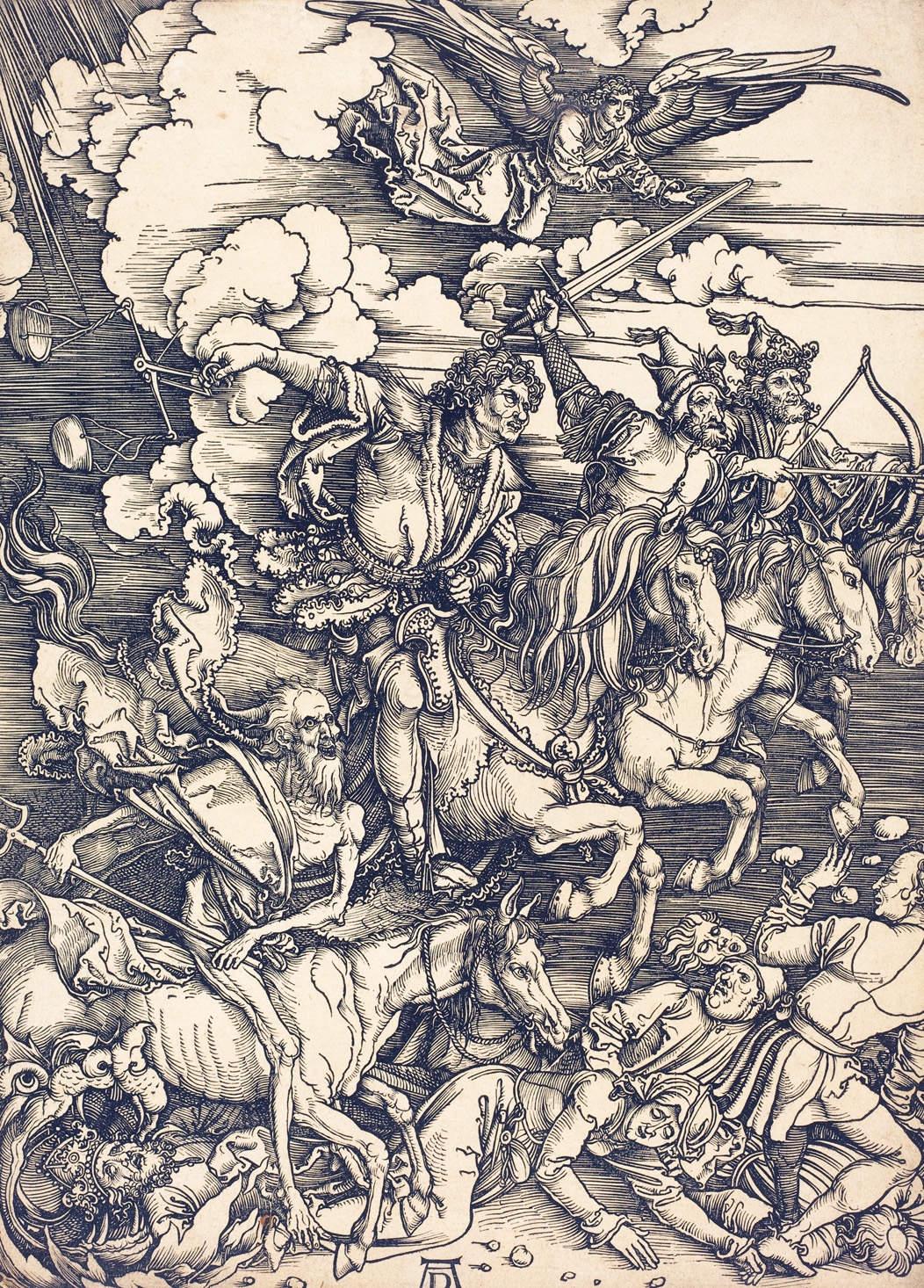 He entered the house, which, to tell the truth, Dame Van Winkle had always kept in neat order. It was empty, forlorn, and apparently abandoned. This desolation overcame all his connubial fears—he called loudly for his wife and children—the lonely chambers rang for a moment with his voice, and then all again was silence. He now hurried forth, and hastened to his old resort, the village inn—but it too was gone. A large rickety wooden building stood in its place, with great gaping windows, some of them broken, and mended with old hats and petticoats, and over the door was painted the union hotel, by jonathan doolittle. Instead of the great tree that used to shelter the quiet little Dutch inn of yore, there now was reared a tall naked pole with something on the top that looked like a red nightcap, and from it was fluttering a flag on which was a singular assemblage of stars and stripes—all this was strange and incomprehensible. He recognized on the sign, however, the ruby face of King George, under which he had smoked so many a peaceful pipe, but even this was singularly metamorphosed. The red coat was changed for one of blue and buff, a sword was held in the hand instead of a scepter, the head was decorated with a cocked hat, and underneath was painted in large characters general washington.

There was, as usual, a crowd of folk about the door, but none that Rip recollected. The very character of the people seemed changed. There was a busy, bustling, disputatious tone about it, instead of the accustomed phlegm and drowsy tranquillity. He looked in vain for the sage Nicholas Vedder, the old inn’s owner, with his broad face, double chin, and fair long pipe, uttering clouds of tobacco smoke, instead of idle speeches; or Van Bummel the schoolmaster, doling forth the contents of an ancient newspaper. In place of these, a lean, bilious-looking fellow, with his pockets full of handbills, was haranguing vehemently about rights of citizens—election—members of Congress—liberty—Bunker’s hill—heroes of seventy-six—and other words that were a perfect Babylonish jargon to the bewildered Van Winkle.

As natural selection works solely by and for the good of each being, all corporeal and mental endowments will tend to progress toward perfection.

The appearance of Rip, with his long grizzled beard, his rusty fowling-piece, his uncouth dress, and the army of women and children that had gathered at his heels, soon attracted the attention of the tavern politicians. They crowded round him, eyeing him from head to foot, with great curiosity. The orator bustled up to him and, drawing him partly aside, inquired, “on which side he voted?” Rip stared in vacant stupidity. Another short but busy little fellow pulled him by the arm and, rising on tiptoe, inquired in his ear, “whether he was Federal or Democrat?” Rip was equally at loss to comprehend the question, when a knowing, self-important old gentleman in a sharp cocked hat made his way through the crowd, putting them to the right and left with his elbows as he passed, and planting himself before Van Winkle, with one arm akimbo, the other resting on his cane, his keen eyes and sharp hat penetrating, as it were, into his very soul, demanded in an austere tone, “what brought him to the election with a gun on his shoulder, and a mob at his heels, and whether he meant to breed a riot in the village?”

“Alas! Gentlemen,” cried Rip, somewhat dismayed, “I am a poor, quiet man, a native of the place, and a loyal subject of the king, God bless him!”

Here a general shout burst from the bystanders—“A tory! A tory! A spy! A refugee! Hustle him! Away with him!”

It was with great difficulty that the self-important man in the cocked hat restored order and, having assumed a tenfold austerity of brow, demanded again of the unknown culprit what he came there for and whom he was seeking. The poor man humbly assured him that he meant no harm but merely came there in search of some of his neighbors, who used to keep about the tavern.

Rip bethought himself a moment, and inquired, “Where’s Nicholas Vedder?”

There was a silence for a little while, when an old man replied, in a thin, piping voice, “Nicholas Vedder? Why, he is dead and gone these eighteen years! There was a wooden tombstone in the churchyard that used to tell all about him, but that’s rotten and gone too.”

“Oh, he went off to the army in the beginning of the war; some say he was killed at the storming of Stony Point—others say he was drowned in the squall, at the foot of Anthony’s Nose. I don’t know—he never came back again.”

“He went off to the wars, too; was a great militia general, and is now in congress.”

Rip’s heart died away, at hearing of these sad changes in his home and friends, and finding himself thus alone in the world. Every answer puzzled him, too, by treating of such enormous lapses of time, and of matters which he could not understand: war—congress—Stony Point!—he had no courage to ask after any more friends but cried out in despair, “Does nobody here know Rip Van Winkle?” 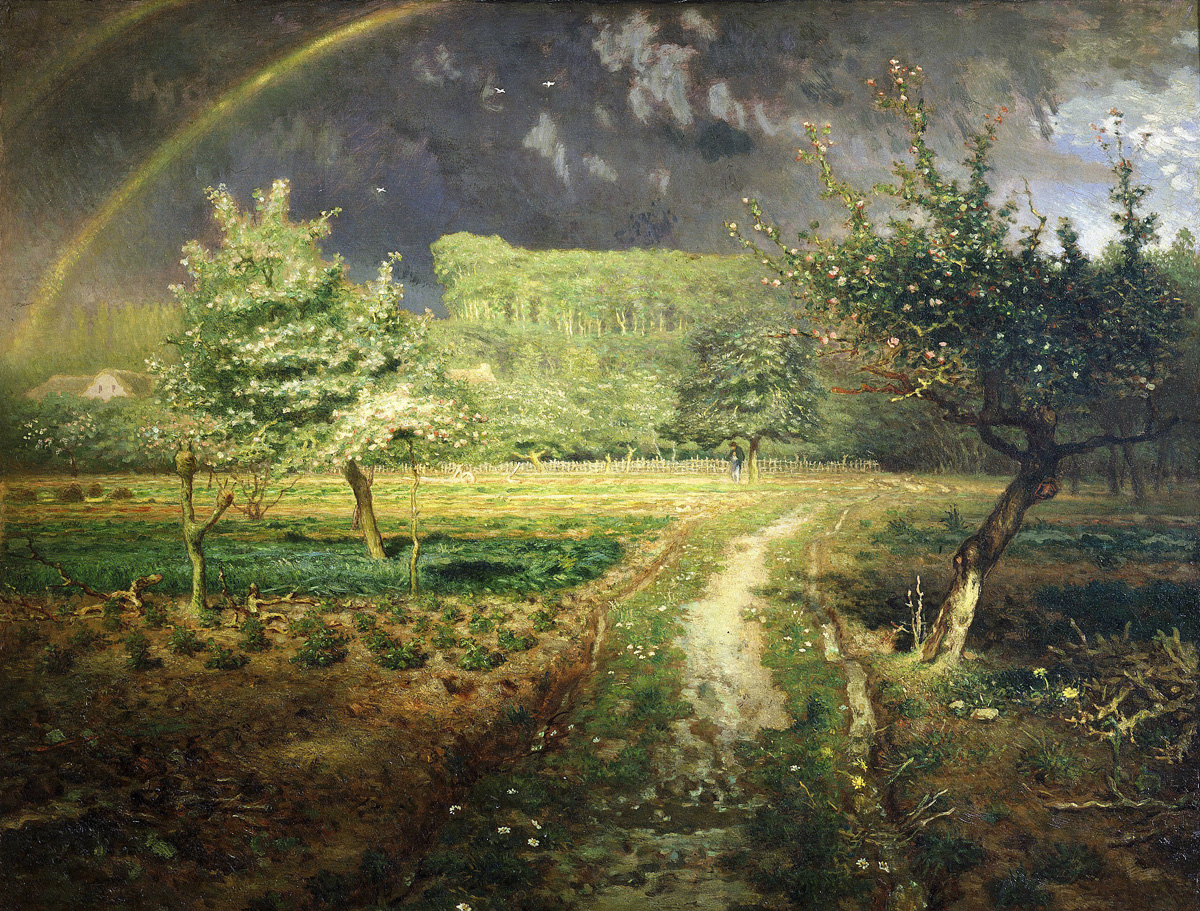 Rip looked, and beheld a precise counterpart of himself as he went up the mountain; apparently as lazy, and certainly as ragged. The poor fellow was now completely confounded. He doubted his own identity and whether he was himself or another man. In the midst of his bewilderment, the man in the cocked hat demanded who he was and what was his name.

“God knows,” exclaimed he at his wit’s end. “I’m not myself—I’m somebody else—that’s me yonder—no—that’s somebody else, got into my shoes—I was myself last night, but I fell asleep on the mountain, and they’ve changed my gun, and everything’s changed, and I’m changed, and I can’t tell what’s my name, or who I am!”

The bystanders began now to look at each other, nod, wink significantly, and tap their fingers against their foreheads. There was a whisper, also, about securing the gun and keeping the old fellow from doing mischief, at the very suggestion of which, the self-important man with the cocked hat retired with some precipitation. At this critical moment a fresh, comely woman passed through the throng to get a peep at the graybearded man. She had a chubby child in her arms, which, frightened at his looks, began to cry. “Hush, Rip,” cried she, “hush, you little fool; the old man won’t hurt you.” The name of the child, the air of the mother, the tone of her voice, all awakened a train of recollections in his mind.

“What is your name, my good woman?” asked he.

“And your father’s name?”

“Ah, poor man, his name was Rip Van Winkle; it’s twenty years since he went away from home with his gun, and never has been heard of since—his dog came home without him—but whether he shot himself or was carried away by the Indians, nobody can tell. I was then but a little girl.”

Rip had but one question more to ask, but he put it with a faltering voice. “Where’s your mother?”

Oh, she too had died but a short time since; she broke a blood vessel in a fit of passion at a New England peddler.

All stood amazed, until an old woman, tottering out from among the crowd, put her hand to her brow, and peering under it in his face for a moment, exclaimed, “Sure enough! It is Rip Van Winkle—it is himself. Welcome home again, old neighbor—why, where have you been these twenty long years?”

Rip’s story was soon told, for the whole twenty years had been to him but as one night.

From “Rip Van Winkle.” Born in 1783, the eleventh and last child of a stern Presbyterian father, Irving later recalled, “When I was young, I was led to think that somehow or other everything that was pleasant was wicked.” He became famous after the 1819–1820 serial publication of The Sketch Book of Geoffrey Crayon, Gent, containing, among other writings, “The Legend of Sleepy Hollow” and “Rip Van Winkle,” which are often considered the first American short stories. 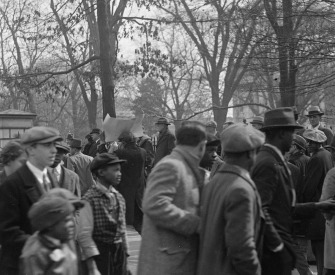 All Men Would Be Tyrants if They Could

John and Abigail Adams compare notes on the American Revolution.More