Frequently they came to see each other at their respective offices. As soon as one made his appearance, the other shut up his writing desk, and they went off together into the streets. Bouvard walked with long strides, while Pécuchet, taking innumerable steps, with his frock coat flapping at his heels, seemed to slip along on rollers. In the same way, their peculiar tastes were in harmony. Bouvard smoked his pipe, loved cheese, regularly took his half glass of brandy. Pécuchet snuffed, at dessert ate only preserves, and soaked a piece of sugar in his coffee. One was self-confident, flighty, generous, the other prudent, thoughtful, and thrifty.

In order to please him, Bouvard desired to introduce Pécuchet to Barberou. He was an ex–commercial traveler and now a purse maker—a good fellow, a patriot, a ladies’ man, and one who affected the language of the faubourgs. Pécuchet did not care for him, and he brought Bouvard to the residence of Dumouchel. This author (for he had published a little work on mnemonics) gave lessons in literature at a young ladies’ boarding school and had orthodox opinions and a grave deportment. He bored Bouvard.

Neither of the two friends concealed his opinion from the other. Each recognized the correctness of the other’s view. They altered their habits, and quitting their humdrum lodgings, they ended by dining together every day.

They made observations on the plays at the theater, on the government, the dearness of living, and the frauds of commerce. From time to time, the Affair of the Diamond Necklace or the trial of Fualdès turned up in their conversations; and then they sought for the causes of the Revolution.

They lounged along by the old curiosity shops. They visited the School of Arts and Crafts, Saint-Denis, the Gobelins, the Invalides, and all the public collections.

When they were asked for their passports, they made pretense of having lost them, passing themselves off as two strangers, two Englishmen.

In the galleries of the natural history museum, they viewed the stuffed quadrupeds with amazement, the butterflies with delight, and the metals with indifference; the fossils made them dream; the conchological specimens bored them. They examined the hothouses through the glass and groaned at the thought that all these leaves distilled poisons. What they admired about the cedar was that it had been brought over in a hat.

At the Louvre they tried to get enthusiastic about Raphael. At the great library they wanted to know the exact number of volumes.

On one occasion they attended a lecture on Arabic at the Collège de France, and the professor was astonished to see these two unknown persons attempting to take notes. Thanks to Barberou, they penetrated into the greenroom of a little theater. Dumouchel got them tickets for a sitting at the Academy. They inquired about discoveries, read the prospectuses, and this curiosity developed their intelligence. At the end of a horizon, growing every day more remote, they perceived things at the same time confused and marvelous.

When they admired an old piece of furniture, they regretted that they had not lived at the period when it was used, though they were absolutely ignorant of what period it was. In accordance with certain names, they imagined countries only the more beautiful in proportion to their utter lack of definite information about them. The works of which the titles were to them unintelligible appeared to their minds to contain some mysterious knowledge. 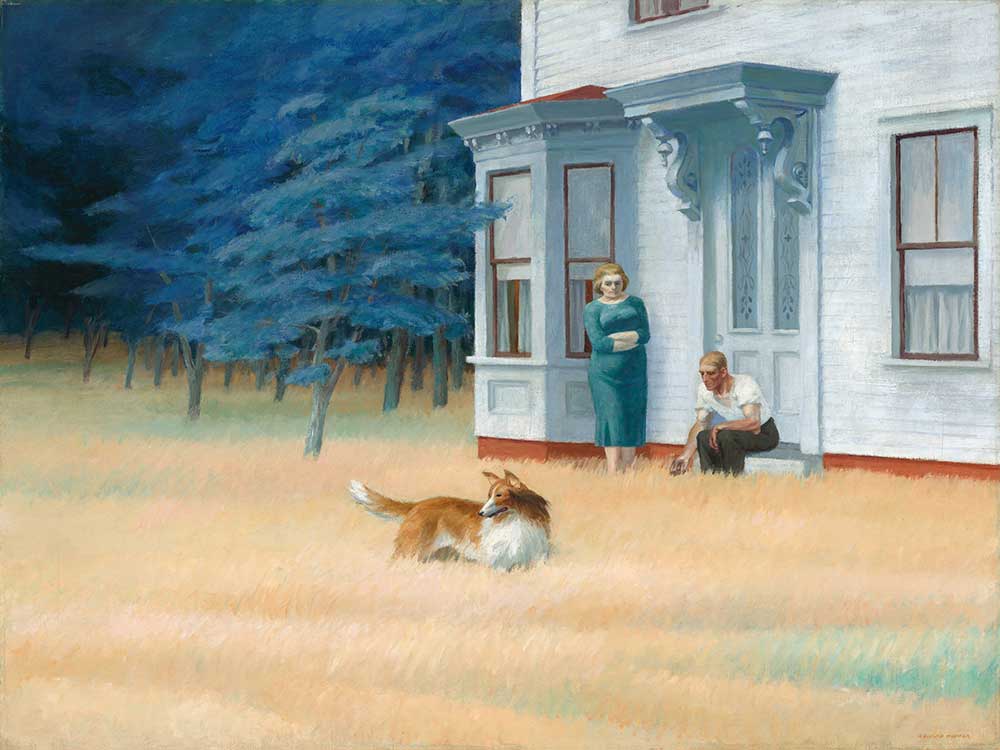 And the more ideas they had, the more they suffered. When a mail coach crossed them in the street, they felt the need of going off with it. The Quay of Flowers made them sigh for the country.

One Sunday they started for a walking tour early in the morning, and passing through Meudon, Bellevue, Suresnes, and Auteuil, they wandered about all day among the vineyards, tore up wild poppies by the sides of fields, slept on the grass, drank milk, ate under the acacias in the gardens of country inns, and got home very late—dusty, worn out, and enchanted.

They often renewed these walks. They felt so sad the next day that they ended by depriving themselves of them.

The monotony of the desk became odious to them. Always the eraser and the sandarac, the same inkstand, the same pens, and the same companions. Looking on the latter as stupid fellows, they talked to them less and less. This cost them some annoyances. They came after the regular hour every day and received reprimands.

Formerly they had been almost happy, but their occupation humiliated them since they had begun to set a higher value on themselves, and their disgust increased while they were mutually glorifying and spoiling each other. Pécuchet contracted Bouvard’s bluntness, and Bouvard assumed a little of Pécuchet’s moroseness.

“I have a mind to become a mountebank in the streets!” said one to the other.

“As well to be a ragpicker!” exclaimed his friend.

What an abominable situation! And no way out of it. Not even the hope of it!

From Bouvard and Pécuchet. Flaubert began this final, unfinished work in 1872, shortly before his family fell into financial ruin. Originally titled The Tale of Two Nobodies, the story follows two copy clerks through a series of wasteful experiments with a newly inherited fortune. “It is enough for them to turn their hands to a project for it to expire in chaos and slapstick,” wrote Christopher Hitchens of the title characters. “We can hear the sound of collapsing scenery before the stage has even been set.”

The architecture of Periclean Athens.More