When you set out to buy slaves, be cautious. The buying of men is a difficult art because many a slave may appear to be good who, regarded with knowledge, turns out to be the opposite. Most people imagine that buying slaves is like any other form of trading, not understanding that the buying of slaves, or the art of doing so, is a branch of philosophy. Anyone who buys goods of which he has no competent understanding can be defrauded over them, and the most difficult form of knowledge is that which deals with human beings. There are so many blemishes and good points in the human kind, and a single blemish may conceal a myriad good points, while a single good point may conceal a myriad faults.

Now let me describe to the best of my ability what is essential in the purchasing of slaves, both white and black, and what their good and bad points are, so that they may be known to you. Understand then that there are three essentials in the buying of slaves. First is the recognition of their good and bad qualities, whether external or internal, by means of physiognomy. Second is the awareness of diseases, whether latent or apparent, by their symptoms. Third is the knowledge of the various classes and the defects and merits of each.

With regard to the first requirement, that of physiognomy, it consists of close observation when buying slaves. You must inspect everything. When you see beauty in the eyes and eyebrows, delicacy in the nose, sweetness in the lips and teeth, and freshness in the skin, then buy the slave possessing them without concerning yourself over the extremities of the body. If all of these qualities are not present, then the slave must possess delicacy, because, in my opinion, one that is delicate without having beauty is preferable to one that is beautiful but not possessed of delicacy. 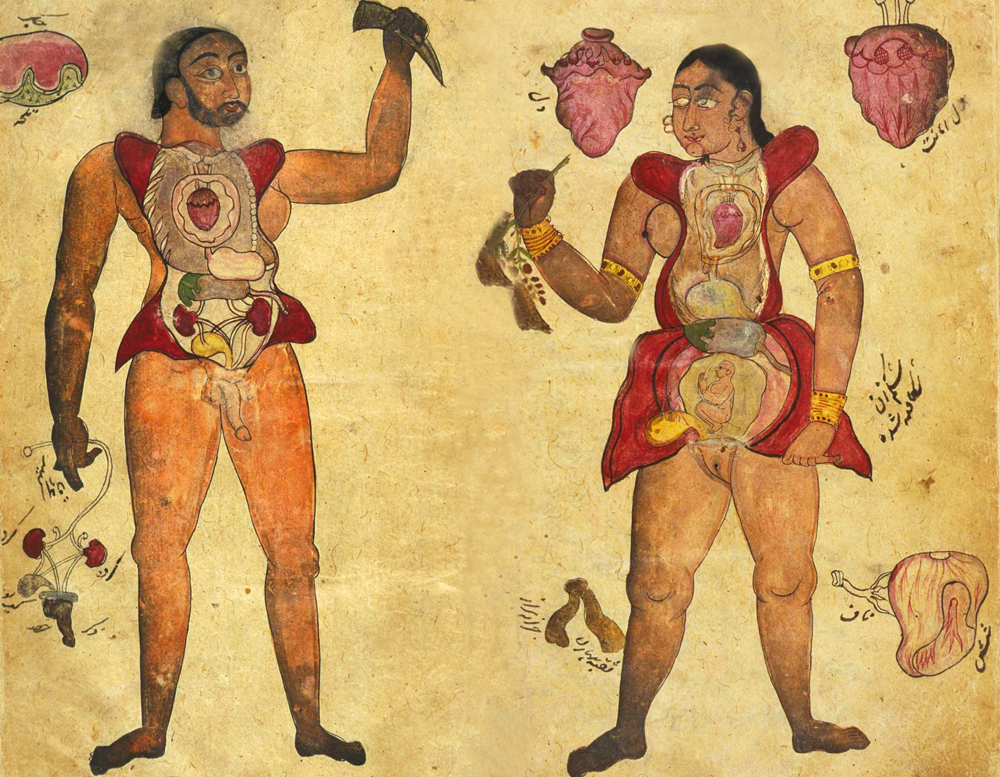 Do not be content with a single look. Many a good slave may appear vile at first sight and many an extremely vile one appear to be good. Further, there is the fact that a human being’s visage does not continually bear the same complexion. Sometimes it is more inclined to be handsome, at other times to be ugly. You must carefully inspect all the limbs and organs to ensure that nothing remains hidden from you. There are many latent diseases that are on the point of coming but have not yet appeared and will do so within a few days; such diseases have their symptoms.

My face looks like a wedding cake left out in the rain.

Thus if there is a yellowness in the complexion, the lips being changed from normal in color, and dry, that is the symptom of hemorrhoids. If the eyelids are continuously swollen, it is a symptom of dropsy. Redness in the eyes and a fullness of the veins in the forehead are the mark of epilepsy. Tearing out the hair, flickering of the eyelashes, and chewing of the lips are the signs of melancholia. Crookedness in the bone of the nose or irregularity in it are the symptoms of fistula. Hair that is extremely black, but more so in one place than another, shows that the hair has been dyed. If here and there upon the body you perceive the marks of branding where no branding should be, examine closely to ensure that there is no leprosy under it. Yellowness in the eyes and a change from ordinary in the color of the face are the symptoms of jaundice.

When you buy a slave, you must take and lay him down, press him on both sides, and watch closely that he has no pain or swelling. If he has, it will be in the liver or spleen. Having looked for such hidden defects, seek further for the open ones, such as smells from the mouth and nose, hardness of hearing, hesitation in utterance, irregularity of speech, walking off the straight road, coarseness of the joints, and hardness at the base of the teeth, to prevent any trickery being practiced on you.

When you have seen all that I have mentioned and have made certain, then if you should buy, do so from honest people, and so secure a person who will be of advantage to your household. As long as you can find a non-Arab do not buy an Arabic-speaking slave. You can mold a non-Arab to your ways, but never the one whose tongue is Arabic. Further, do not have a slave girl brought before you when your appetites are strong upon you. When desire is strong, it makes what is ugly appear good in your eyes. First abate your desires and then engage in the business of purchasing.

From The Book of Qabus. Kai Kaus completed this instructive work for his son Gilanshah after taking part in various military campaigns in India and the Caucasus and serving as the penultimate ruler of the Ziyarid dynasty, a small kingdom on the south shore of the Caspian Sea. The book’s forty-four chapters give advice on prayer and pilgrimage, chess, wine drinking, hot baths, sex with boys and women, and old age.

Pump Up the Volume