Seeing that it is a girl’s destiny on reaching womanhood to go to a new home and live in submission to her father-in-law and mother-in-law, it is even more incumbent upon her than it is on a boy to receive with all reverence her parents’ instructions. Should her parents, through excess of tenderness, allow her to grow up self-willed, she will infallibly show herself capricious in her husband’s house and thus alienate his affection, while, if her father-in-law is a man of correct principles, the girl will find the yoke of these principles intolerable. She will hate and decry her father-in-law, and the end of these domestic dissensions will be her dismissal from her husband’s house and the covering of herself with ignominy. Her parents, forgetting the faulty education they gave her, may indeed lay all the blame on the father-in-law. But they will be in error, for the whole disaster should rightly be attributed to the faulty education the girl received from her parents.

In China, marriage is called returning, for the reason that a woman must consider her husband’s home as her own, and that, when she marries, she is therefore returning to her own home. However humble and needy may be her husband’s position, she must find no fault with him, but consider the poverty of the household which it has pleased Heaven to give her as the ordering of an unpropitious fate. The Sage of old taught that, once married, she must never leave her husband’s house. Should she forsake the “way,” and be divorced, shame shall cover her till her latest hour. With regard to this point, there are seven faults, which are termed The Seven Reasons for Divorce: (1) A woman shall be divorced for disobedience to her father-in-law or mother-in-law; (2) A woman shall be divorced if she fails to bear children, the reason for this rule being that women are sought in marriage for the purpose of giving men posterity. A barren woman should, however, be retained if her heart is virtuous and her conduct correct and free from jealousy, in which case a child of the same blood must be adopted; neither is there any just cause for a man to divorce a barren wife if he has children by a concubine; (3) Lewdness is a reason for divorce; (4) Jealousy is a reason for divorce; (5) Leprosy, or any like foul disease, is a reason for divorce; (6) A woman shall be divorced who, by talking overmuch and prattling disrespectfully, disturbs the harmony of kinsmen and brings trouble on her household; (7) A woman shall be divorced who is addicted to stealing.

Let her never even dream of jealousy. If her husband is dissolute, she must expostulate with him, but never either nurse or vent her anger. If her jealousy is extreme, it will render her countenance frightful and her accents repulsive and can only result in completely alienating her husband from her and making her intolerable in his eyes. Should her husband act ill and unreasonably, she must compose her countenance and soften her voice to remonstrate with him—and if he is angry and does not listen to the remonstrance, she must wait over a season and then expostulate with him again when his heart is softened. Never set yourself up against your husband with harsh features and a boisterous voice!

A woman must be ever on the alert and keep a strict watch over her own conduct. In the morning she must rise early, and at night go late to rest. Instead of sleeping in the middle of the day, she must be intent on the duties of her household and must not tire of weaving, sewing, and spinning. Of tea and wine she must not drink overmuch, nor must she feed her eyes and ears with theatrical performances, ditties, and ballads. To temples (whether Shinto or Buddhist) and other like places, where there is a great concourse of people, she should go but sparingly till she has reached the age of forty.

Her treatment of her handmaidens will require circumspection. These low and aggravating girls have had no proper education; they are stupid, obstinate, and vulgar in their speech. When anything in the conduct of their mistress’ husband or parents-in-law crosses their wishes, they fill her ears with their invectives, thinking thereby to render her a service. But any woman who should listen to this gossip must beware of the heart burnings it will be sure to breed. Easy is it by reproaches and disobedience to lose the love of those who, like a woman’s marriage connections, were all originally strangers; and it were surely folly, by believing the prattle of a serving maid, to diminish the affection of a precious father-in-law and mother-in-law. If a serving maid is altogether too loquacious and bad, she should speedily be dismissed, for it is by the gossip of such persons that occasion is given for the troubling of harmony of kinsmen and the disordering of a household. Again, in her dealings with these low people, a woman will find many things to disapprove of. But if she is forever reproving and scolding and spends her time in bustle and anger, her household will be in a continual state of disturbance. When there is real wrongdoing, she should occasionally notice it and point out the path of amendment, while lesser faults should be quietly endured without anger. 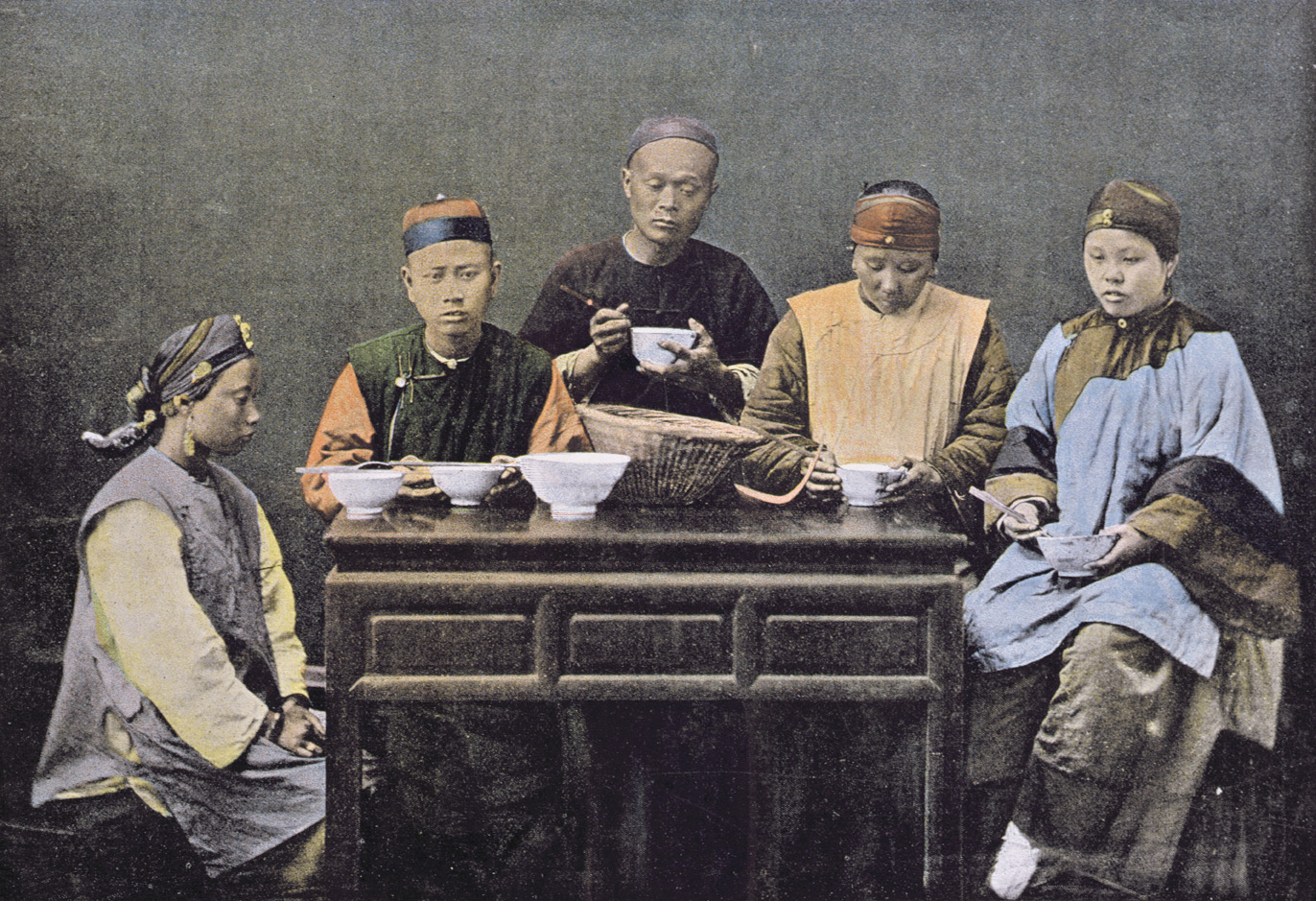 The five worst maladies that afflict the female mind are: indocility, discontent, slander, jealousy, and silliness. Without any doubt, these five maladies infest seven or eight out of every ten women, and it is from these that arises the inferiority of women to men. A woman should cure them by self-inspection and self-reproach. The worst of them all, and the parent of the other four, is silliness. Woman’s nature is passive. This passiveness, being of the nature of the night, is dark. Hence, as viewed from the standard of man’s nature, the foolishness of woman fails to understand the duties that lie before her very eyes, perceives not the actions that will bring down blame upon her own head, and comprehends not even the things that will bring down calamities on the heads of her husband and children. Neither when she blames and accuses and curses innocent persons, nor when, in her jealousy of others, she thinks to set up herself alone, does she see that she is her own enemy, estranging others and incurring their hatred. Lamentable errors! Again, in the education of her children, her blind affection induces an erroneous system. Such is the stupidity of her character that it is incumbent on her, in every particular, to distrust herself and to obey her husband.

Parents! Teach the foregoing maxims to your daughters from their tenderest years! Copy them out from time to time that they may read and never forget them! Better than the garments and diverse vessels which the fathers of the present day so lavishly bestow upon their daughters when giving them away in marriage, were it to teach them thoroughly these precepts which would guard them as a precious jewel throughout their lives. How true is that ancient saying, “A man knows how to spend a million pieces of money in marrying off his daughter, but knows not how to spend a hundred thousand in bringing up his child!” Such as have daughters must lay this well to heart.

From “The Greater Learning for Women.” Naming obedience, chastity, and mercy as among the primary qualities a wife should embody, the treatise set the tone for women’s etiquette during the middle of the Edo period. About Sino-Japanese cultural exchange, an early English translator of the essay wrote, “Anyone having the least acquaintance with the doctrines of the Chinese philosophers will see how directly the moral and social ideas current in Japan flow from those in vogue in the Middle Kingdom.”

Enmity of the State