The rest of Europe, that is, the Christian part of it, very gravely assert that the English are fools and madmen; fools, in communicating the contagion of smallpox to their children, in order to hinder them from being subject to that dangerous and loathsome disorder; madmen, in wantonly exposing their children to this pestilence, with the design of preventing a contingent evil.

The English, on their side, call the rest of Europe unnatural and cowardly; unnatural, in leaving their children exposed to almost certain death by smallpox; and cowardly, in fearing to give their children a triﬂing matter of pain for a purpose so noble and so evidently useful. In order to determine which of the two is in the right, I shall now relate the history of this famous practice, which is in France the subject of so much dread.

The women of Circassia have from time immemorial been accustomed to give their children smallpox, even as early as at six months of age, by making an incision in the arm, and afterward inserting in this incision a pustule carefully taken from the body of some other child. This pustule so insinuated produces in the body of the patient the same effect that leaven does in a piece of dough; that is, it ferments in it and communicates to the mass of blood the qualities with which it is impregnated. The pustules of the child infected in this manner serve to convey the same disease to others. This disorder, therefore, is perpetually circulating through the different parts of Circassia; and when, unluckily, there is no infection of smallpox in the country, it creates the same uneasiness as a dearth or an unhealthy season would have occasioned.

The sick man is the parasite of society.

What has given rise to this custom in Circassia, and which is so extraordinary to other nations, is, however, a cause common to all nations on the face of the earth; that is, the tenderness of mothers, and motives of interest. The Circassians are poor but have handsome daughters, which, accordingly, are the principal article of their foreign commerce. It is they who furnish beauties for the seraglios of the grand seigneur, the sophy of Persia, and others who are rich enough to purchase and to maintain these precious commodities. These people bring up their children in the nurture and admonition of the Lord; that is, in virtuous and honorable principles, which contain the whole science of wheedling the male part of the creation; the art of dancing, with gestures expressive of uncommon effeminacy and lasciviousness; and lastly, that of rekindling, by the most bewitching artiﬁces, the exhausted appetites of those haughty lords to whom their fates have destined them. These poor creatures repeat their lesson every day with their mothers, in the same manner as our girls do their catechism; that is, without understanding a single syllable of what is taught them. Now, it often happened that a father and mother, after having taken an inﬁnite deal of pains in giving their children a good education, suddenly see their hopes frustrated. Smallpox getting into the family, one daughter perhaps died; another lost an eye; a third recovered, but with a disﬁgured nose; so that here was an honest couple hopelessly ruined. Often, too, an entire stagnation of all kinds of commerce has ensued, and that for several years running, when the disorder happened to be epidemic, to the no small detriment of the seraglios of Turkey and Persia.

A commercial people are always exceedingly vigilant with regard to their interest and never neglect those items of knowledge that may be of use in the carrying on of their trafﬁc. The Circassians found that upon computation, in a thousand persons there was hardly one that was ever twice seized with smallpox completely formed; that there had been instances of a person’s having had a slight touch of it, or something resembling it, but there never were any two relapses known to be dangerous; in short, that the same person has never been known to have been twice infected with this disorder. They further remark that when the disease is mild, and the eruption has only to pierce through a thin and delicate skin, it leaves no mark on the face. From these natural observations they concluded that if a child of six months or a year old was to have a mild kind of smallpox, not only would the child certainly survive but it would get better without bearing any marks of it, and would assuredly be immune during the remainder of its life. Hence it followed that their only method would be to communicate the disorder to their children betimes, which they did by insinuating into the child’s body a pustule taken from the body of one infected with smallpox, the most completely formed and at the same time the most favorable kind that could be found. The experiment could hardly fail. The Turks, a very sensible people, soon adopted this practice, and at this day, there is scarcely a pasha in Constantinople who does not inoculate his children while they are at the breast. 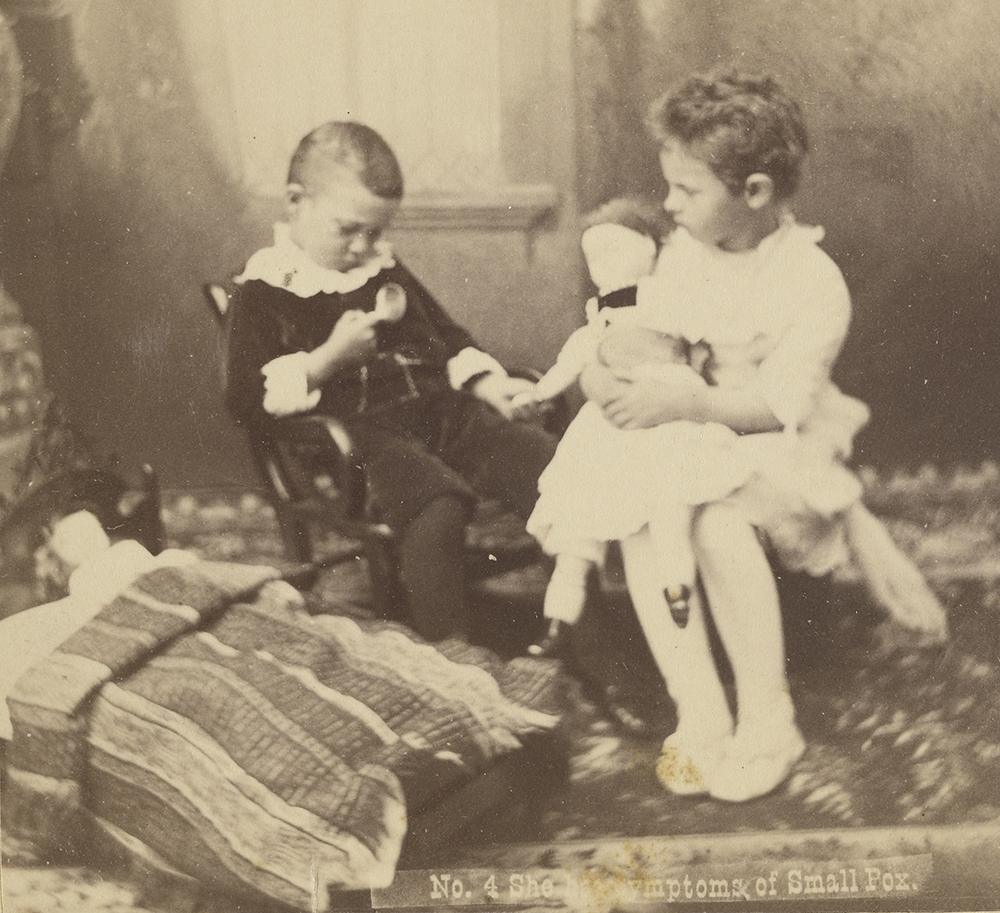 In a hundred persons that come into the world, at least sixty are found to contract smallpox; of these sixty, twenty are known to die in the most favorable times, and twenty more wear very disagreeable marks of this cruel disorder as long as they live. Here is then a ﬁfth part of the human species assuredly killed or at least horribly disﬁgured. Among the vast numbers inoculated in Great Britain, or in Turkey, none are ever known to die except such as were in a very ill state of health or given over before. No one is marked with it; no one is ever infected a second time, supposing the inoculation to be perfect, that is, to have taken place as it ought. It is, therefore, certain that had some French lady imported this secret from Constantinople into Paris, she would have rendered an inestimable and everlasting piece of service to the nation. The Duc de Villequier, father of the present Duc d’Aumont, a nobleman of the most robust constitution, would not have been cut off in the ﬂower of his age; the Prince de Soubise, who enjoyed the most remarkable state of good health ever known, would not have been carried off at twenty-ﬁve; nor would the grandfather of Louis XV have been laid in his grave by it in his ﬁftieth year. The twenty thousand persons who died in Paris in 1723 would have been now alive. What shall we say then? Is it that the French set a lower value upon life? Or are the ladies of France less anxious about the preservation of their charms? It is true, and it must be acknowledged, that we are a very odd kind of people. It is possible that in ten years, we may think of adopting this British custom, provided the doctors and curates allow us this indulgence; or perhaps the French will inoculate their children, out of mere whim, should those islanders leave it off, from their natural inconstancy.

I learn that the Chinese have practiced this custom for two hundred years; the example of a nation that has the ﬁrst character in point of natural good sense, as well as of their excellent internal police, is a strong prejudice in its favor. It is true the Chinese follow a method peculiar to themselves; they make no incision but take smallpox up the nose in powder, just as we do a pinch of snuff. This method is more pleasant but amounts to much the same thing and serves equally to prove that had inoculation been practiced in France, it must assuredly have saved the lives of thousands.

The bishop of Worcester has lately preached up the doctrine of inoculation in London; he has proved, like a good citizen and patriot, what a vast number of subjects this practice preserves to a nation, a doctrine which he has also enforced by such arguments as might be expected from a pastor and a Christian. They would preach at Paris against this salutary invention, as they wrote twenty years ago against Sir Isaac Newton’s philosophy. In short, everything contributes to prove that the English are greater philosophers and possessed of more courage than we. It will require some time before a true spirit of reason and a particular boldness of sentiment will be able to make their way over the Strait of Dover.

From Letters on England. In 1726, after being arrested for threatening a duel, Voltaire agreed to live in exile in England. The following year he began work on this collection of essays on English political and intellectual life. Elsewhere in this letter, Voltaire praises Lady Mary Wortley Montagu for having brought the practice of inoculation back from Constantinople, as well as Caroline of Ansbach, princess of Wales, for having promulgated it in England. The letters “present a world of politics, science, and literature that is predictably male-centered,” wrote one scholar, yet “the letter on inoculation is a refreshing exception.”