In the temple of science are many mansions, and various indeed are they that dwell therein and the motives that have led them thither.

Many take to science out of a joyful sense of superior intellectual power; science is their own special sport to which they look for vivid experience and the satisfaction of ambition; many others are to be found in the temple who have offered the products of their brains on this altar for purely utilitarian purposes. Were an angel of the Lord to come and drive all the people belonging to these two categories out of the temple, the assemblage would be seriously depleted, but there would still be some men, of both present and past times, left inside. Our Planck is one of them, and that is why we love him.

I am quite aware that we have just now lightheartedly expelled in imagination many excellent men who are largely, perhaps chiefly, responsible for the building of the temple of science; and in many cases our angel would find it a pretty ticklish job to decide. But of one thing I feel sure: if the types we have just expelled were the only types there were, the temple would never have come to be, any more than a forest can grow that consists of nothing but creepers. For these people, any sphere of human activity will do, if it comes to a point; whether they become engineers, officers, tradesmen, or scientists depends on circumstances. Now let us have another look at those who have found favor with the angel. Most of them are somewhat odd, uncommunicative, solitary fellows, really less like each other, in spite of these common characteristics, than the hosts of the rejected. What has brought them to the temple? That is a difficult question and no single answer will cover it. To begin with, I believe with Schopenhauer that one of the strongest motives that leads men to art and science is escape from everyday life with its painful crudity and hopeless dreariness, from the fetters of one’s own ever-shifting desires. A finely tempered nature longs to escape from personal life into the world of objective perception and thought; this desire may be compared with the townsman’s irresistible longing to escape from his noisy, cramped surroundings into the silence of high mountains, where the eye ranges freely through the still, pure air and fondly traces out the restful contours apparently built for eternity. 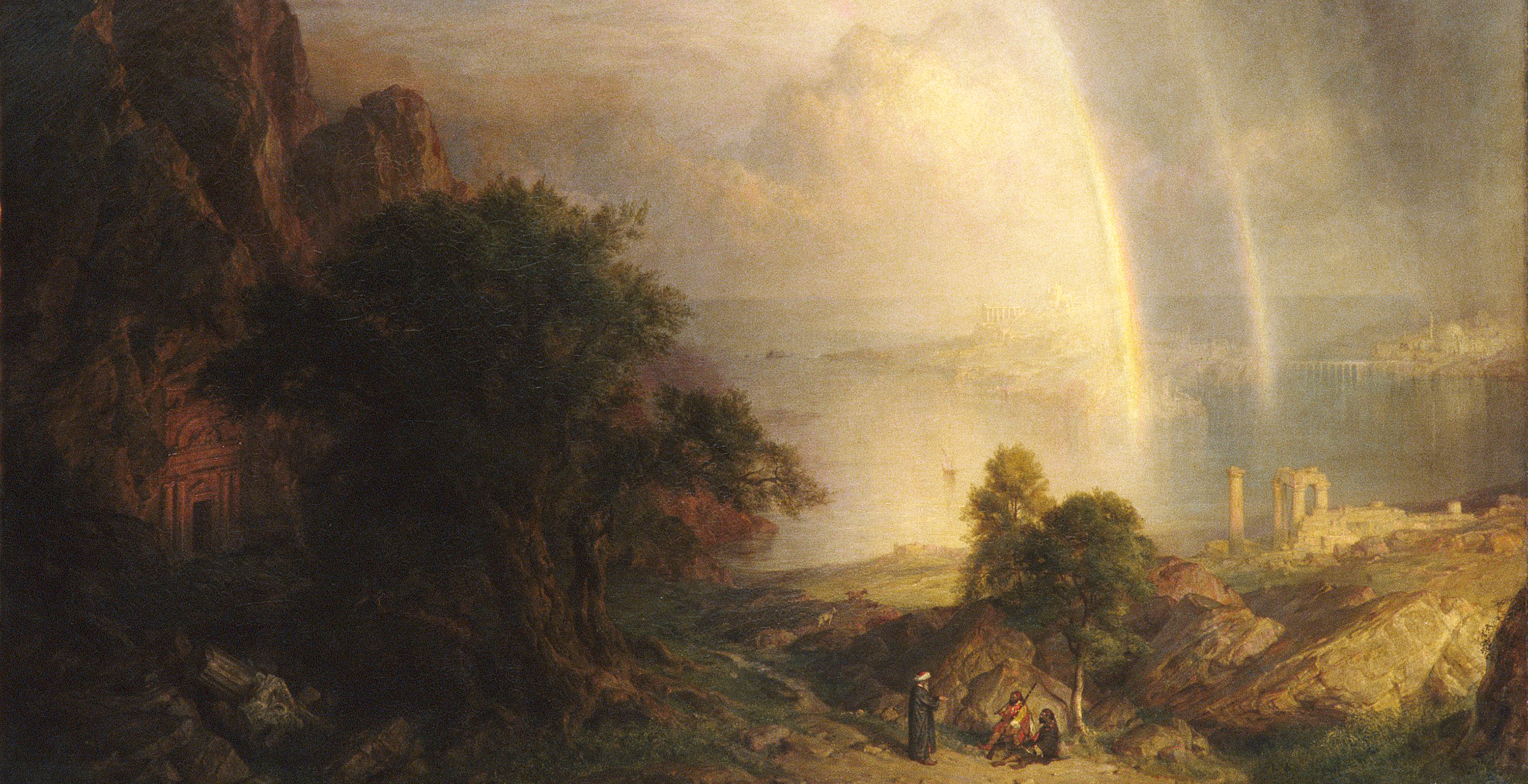 With this negative motive there goes a positive one. Man tries to make for himself in the fashion that suits him best a simplified and intelligible picture of the world; he then tries to some extent to substitute this cosmos of his for the world of experience, and thus to overcome it. This is what the painter, the poet, the speculative philosopher, and the natural scientist do, each in his own fashion. Each makes this cosmos and its construction the pivot of his emotional life, in order to find in this way the peace and security that he cannot find in the narrow whirlpool of personal experience.

What place does the theoretical physicist’s picture of the world occupy among all these possible pictures? It demands the highest possible standard of rigorous precision in the description of relations, such as only the use of mathematical language can give. In regard to his subject matter, on the other hand, the physicist has to limit himself very severely: he must content himself with describing the most simple events that can be brought within the domain of our experience; all events of a more complex order are beyond the power of the human intellect to reconstruct with the subtle accuracy and logical perfection that the theoretical physicist demands. Supreme purity, clarity, and certainty at the cost of completeness. But what can be the attraction of getting to know such a tiny section of nature thoroughly, while one leaves everything subtler and more complex shyly and timidly alone? Does the product of such a modest effort deserve to be called by the proud name of a theory of the universe?

In my belief, the name is justified; for the general laws on which the structure of theoretical physics is based claim to be valid for any natural phenomenon whatsoever. With them, it ought to be possible to arrive at the description, that is to say, the theory, of every natural process, including life, by means of pure deduction, if that process of deduction were not far beyond the capacity of the human intellect. The physicist’s renunciation of completeness for his cosmos is therefore not a matter of fundamental principle.

The supreme task of the physicist is to arrive at those universal elementary laws from which the cosmos can be built up by pure deduction. There is no logical path to these laws; only intuition, resting on sympathetic understanding of experience, can reach them. In this methodological uncertainty, one might suppose that there were any number of possible systems of theoretical physics all equally well justified; and this opinion is no doubt correct, theoretically. But the development of physics has shown that at any given moment, out of all conceivable constructions, a single one has always proved itself decidedly superior to all the rest. Nobody who has really gone deeply into the matter will deny that in practice the world of phenomena uniquely determines the theoretical system, in spite of the fact that there is no logical bridge between phenomena and their theoretical principles; this is what Leibniz described so happily as a “preestablished harmony.” Physicists often accuse epistemologists of not paying sufficient attention to this fact. Here, it seems to me, lie the roots of the controversy carried on some years ago between Mach and Planck.

The longing to behold this preestablished harmony is the source of the inexhaustible patience and perseverance with which Planck has devoted himself, as we see, to the most general problems of our science, refusing to let himself be diverted to more grateful and more easily attained ends. I have often heard colleagues try to attribute this attitude of his to extraordinary willpower and discipline—wrongly, in my opinion. The state of mind that enables a man to do work of this kind is akin to that of the religious worshipper or the lover; the daily effort comes from no deliberate intention or program, but straight from the heart. There he sits, our beloved Planck, and smiles inside himself at my childish playing-about with the lantern of Diogenes. Our affection for him needs no threadbare explanation. May the love of science continue to illumine his path in the future and lead him to the solution of the most important problem in present-day physics, which he has himself posed and done so much to solve. May he succeed in uniting quantum theory with electrodynamics and mechanics in a single logical system.

An address delivered for Max Planck’s sixtieth birthday. While editing the Annals of Physics in 1905, Planck, the theoretical physicist considered the father of quantum theory, published four articles by Einstein, then a twenty-six-year-old patent clerk. One introduced the equation E=mc2; an­other proposed the theory of special relativity. Though Planck was conservative and Einstein liberal (an “odd couple,” wrote one biographer, “Planck playing Felix to Einstein’s Oscar”), the two were close friends. This toast to the Berlin scientific community was given the same year Planck was awarded the Nobel Prize in Physics.