Give not that which is holy to the dogs, neither cast your pearls before swine, lest they trample them under their feet and turn again and rend you.

Ask, and it shall be given you; seek, and you shall find; knock, and it shall be opened to you. For every one that asks receives; and he that seeks finds; and to him that knocks, it shall be opened. Or what man is there of you, whom if his son ask bread, will he give him a stone? Or if he ask a fish, will he give him a serpent? If you then, being evil, know how to give good gifts to your children, how much more shall your Father which is in heaven give good things to them that ask him? Therefore, all things whatsoever you would that men should do to you, do even so to them: for this is the law and the prophets.

From the Gospel According to Matthew. Based on its numerous references to the Old Testament and Jewish prophecies, scholars have postulated that this gospel was intended for a Jewish readership. The first book of the New Testament, it contains some of Jesus’ best-known and most radical sayings, among them: “Whoever shall smite you on your right cheek, turn to him the other also”; “I say to you that whoever looks on a woman to lust after her has committed adultery with her already in his heart”; and “Blessed are the meek, for they shall inherit the earth.” 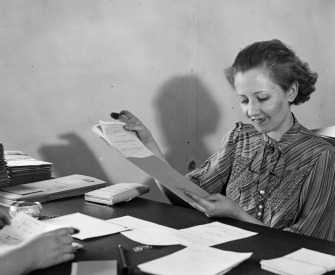