Democracy most of all affiliates with the open air, is sunny and hardy and sane only with nature—just as much as art is.

Something is required to temper both—to check them, restrain them from excess, morbidity. I have wanted, before departure, to bear special testimony to a very old lesson and prerequisite. American democracy, in its myriad personalities, in factories, workshops, stores, offices—through the dense streets and houses of cities, and all their manifold sophisticated life—must either be fibered, vitalized, by regular contact with outdoor light and air and growths, farm scenes, animals, fields, trees, birds, sun warmth, and free skies, or it will certainly dwindle and pale. We cannot have grand races of mechanics, workpeople, and commonalty (the only specific purpose of America) on any less terms. I conceive of no flourishing and heroic elements of democracy in the United States, or of democracy maintaining itself at all, without the nature element forming a main part—to be its health element and beauty element—to really underlie the whole politics, sanity, religion, and art of the New World.

Finally, the morality: “Virtue,” said Marcus Aurelius, “what is it, only a living and enthusiastic sympathy with nature?” Perhaps indeed the efforts of the true poets, founders, religions, literatures, all ages, have been, and ever will be, our time and times to come, essentially the same—to bring people back from their persistent strayings and sickly abstractions, to the costless average, divine, original concrete.

From Specimen Days and Collect. The “powerfulest scene and show” in the Western world, the author of Leaves of Grass declared in 1891, is a U.S. presidential election—“the quadrennial choosing.” The poet’s view of American democracy was not always laudatory. “Never were publicly displayed more deformed, mediocre, sniveling, unreliable, false-hearted men!” he wrote of Millard Fillmore and Franklin Pierce in an essay posthumously published in 1928. Of the latter he added,“The president eats dirt and excrement for his daily meals, likes it, and tries to force it on the states.” 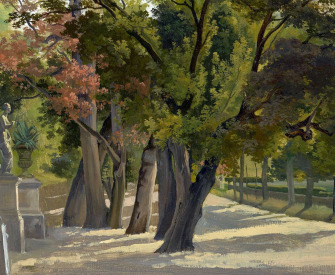