Among the indefinite multitude of punishments of this kind that might be imagined and described, it will answer every purpose if we mention some of those which have been in use in this and other countries.

The most obvious method of inflicting this species of punishment, and which has been most commonly used, consists in exposing the body to blows or stripes. When these are inflicted with a flexible instrument, the operation is called whipping; when a less flexible instrument is employed, the effects are different, but the operation is seldom distinguished by another name. 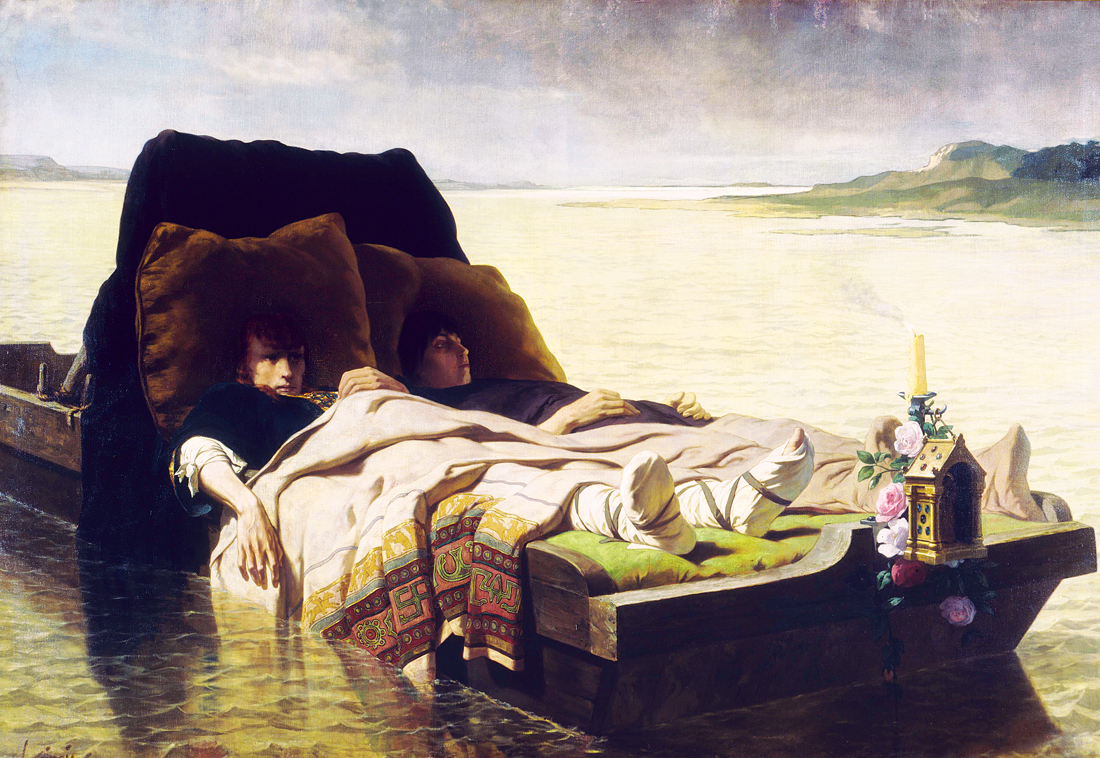 Les Énérves de Jumièges, by Evariste-Vital Luminais, 1880. Musée des beaux-arts de Rouen, France. According to legend, when two of Clovis II’s sons  dared to rise up against him, he had them hamstrung and set adrift in the Seine.

In Italy, and particularly in Naples, there is a method, not uncommon, of punishing pickpockets, called the Strappado. It consists in raising the offender by his arms by means of an engine, like a crane, to a certain height and then letting him fall—but suddenly stopping his descent before he reaches the ground. The momentum which his body has acquired in the descent is thus made to bear upon his arms. To prevent the permanent evil consequences, a surgeon is then employed to reset them.

There were formerly in England two kinds of punishment of this class—discarded now even from the military code in which they were longest retained: the one called Picketing, which consisted in suspending the offender in such manner that the weight of his body was supported principally by a spike on which he was made to stand with one foot; the other, the Wooden Horse, as it was called, was a narrow ledge or board on which the individual was made to sit astride—and the inconvenience of which was increased by suspending weights to his legs.

Another species of punishment formerly practiced in this country but now rarely used consisted in subjecting the patient to frequent immersions in water, called ducking. The individual was fastened to a chair or stool called the ducking stool and plunged repeatedly. In this case, the punishment was not of the acute, but of the uneasy kind. The physical uneasiness arises partly from the cold, partly from the temporary stoppage of respiration. It has something of the ridiculous mixed with it and was most generally applied to scolding women whose tongues disturbed their neighbors. It is still occasionally resorted to when the people take the administration of the laws into their own hands and is not uncommonly the fate of the pickpocket who is detected at a fair or other place of promiscuous resort.

The powers of invention have been principally employed in devising instruments for the production of pain by those tribunals which have sought to extort proofs of his criminality from the individual suspected. They have been prepared for all parts of the body, according as they have wished to stretch, to distort, or to dislocate them. Screws for compressing the thumbs, straight boots for compressing the shins—with wedges driven in by a mallet, the rack for either compressing or extending the limbs—all of which might be regulated so as to produce every possible degree of pain.

Suffocation was produced by drenching and was practised by tying a wet linen cloth over the mouth and nostrils of the individual and continually supplying it with water—in such manner that every time the individual breathed he was obliged to swallow a portion of water till his stomach became visibly distended. In the infamous transactions of the Dutch at Amboyna, this species of torture was practised upon the English who fell into their power.

A valuable service would be rendered to society by the individual who, being properly qualified for the task, should examine the effects produced by these different modes of punishment and should point out the greater or smaller evil consequences resulting from contusions produced by blows with a rope, or lacerations by whips, &c. In Turkey, punishment is inflicted by beating the soles of the feet; whether the consequences are more or less severe, I know not. It is perhaps from some notion of modesty that the Turks have confined the application of punishment to this part of the human body.

If the suffering produced by a punishment of this class is rendered but little more than momentary, it will neither be sufficiently exemplary to affect the spectators, nor sufficiently efficacious to intimidate the offenders. There will be little in the chastisement but the ignominy attached to it, and this would have but little effect upon that class of delinquents upon whom such punishments are generally inflicted. The quantity of suffering ought therefore, if possible, to be regulated by the laws. 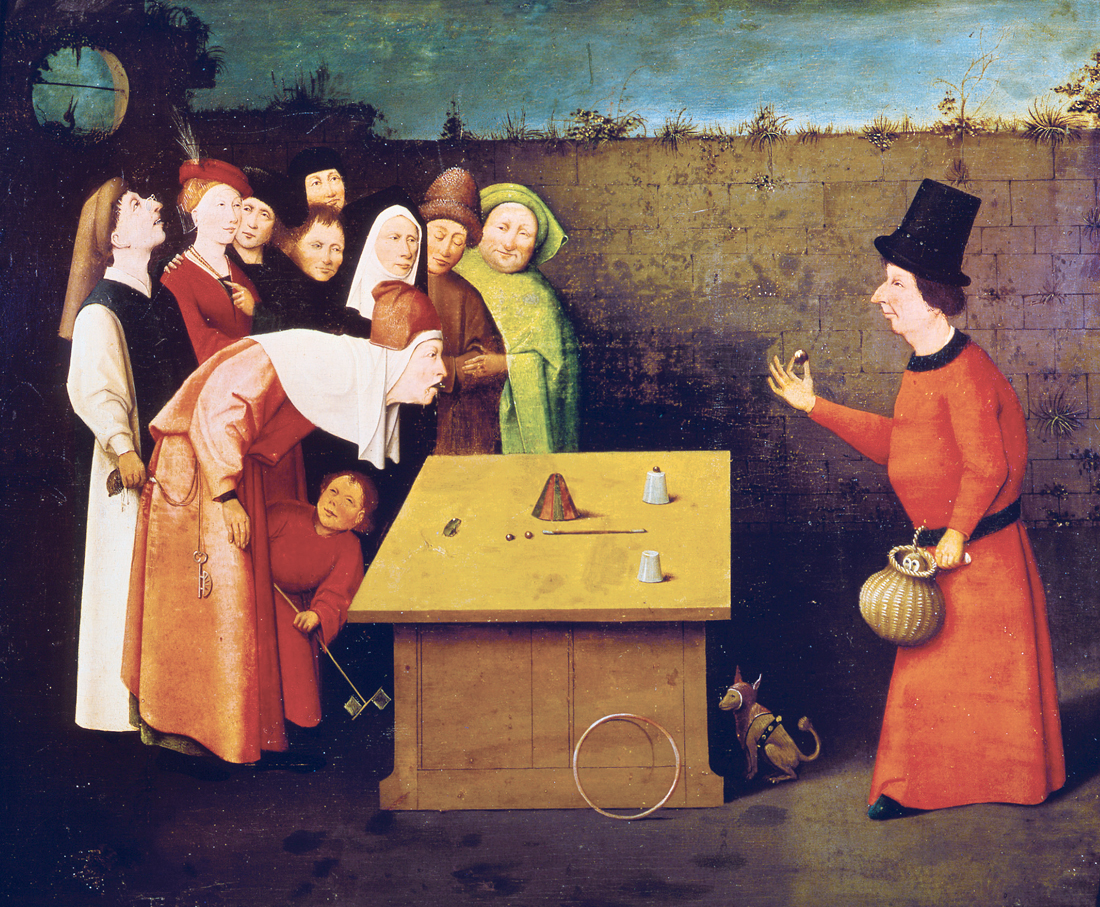 Of all these different modes of punishment, whipping is the most frequently in use; but in whipping, not even the qualities of the instrument are ascertained by written law—while the quantity of force to be employed in its application is altogether entrusted to the caprice of the executioner. He may make the punishment as trifling or as severe as he pleases. He may derive from this power a source of revenue, so that the offender will be punished not in proportion to his offence but to his poverty. If he has been unfortunate, and not able to secure his plunder, or honest, and has voluntarily given it up, and thus has nothing left to make a sop for Cerberus, he suffers the rigor—perhaps more than the rigor—of the law. Good fortune, and perseverance in dishonesty, would have enabled him to buy indulgence.

The following contrivance would, in a measure, obviate this inconvenience: a machine might be made, which should put in motion certain elastic rods of cane or whalebone, the number and size of which might be determined by the law. The body of the delinquent might be subjected to the strokes of these rods, and the force and rapidity with which they should be applied might be prescribed by the judge; thus everything which is arbitrary might be removed. A public officer of more responsible character than the common executioner might preside over the infliction of the punishment; and when there were many delinquents to be punished, his time might be saved and the terror of the scene heightened without increasing the actual suffering, by increasing the number of the machines and subjecting all the offenders to punishment at the same time.

From Principles of Penal Law. Founder of the philosophy of utilitarianism, Bentham called the talk of universal rights during the French Revolution “nonsense upon stilts.” He served an as intellectual mentor for the young John Stuart Mill and toward the end of his life became interested in how the dead could be of use to the living. He proposed that with the proper wax and embalming, notable figures could be interspersed with trees in public parks.

When has a mind been punished enough?More