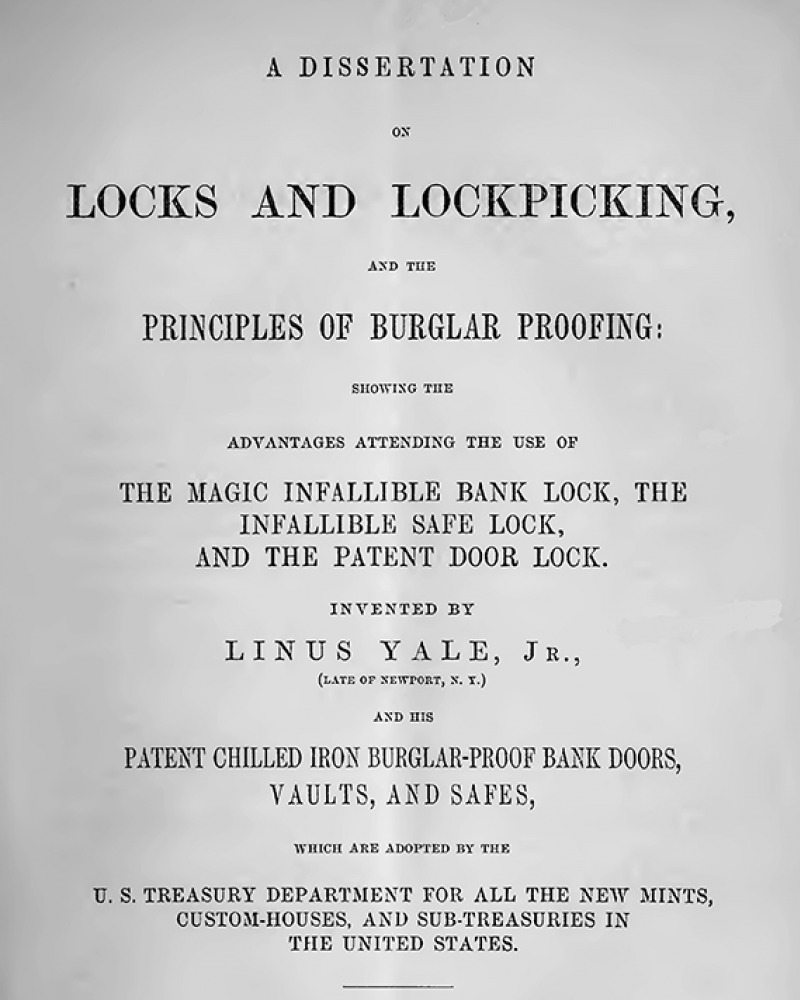 A Dissertation on Locks and Lockpicking,

Challenge to the world: $3,000 offered. Linus Yale Jr. offers his Magic Infallible Bank Lock to the public as the best and most reliable lock ever made and perfectly unpickable. L. Yale Jr. & Co. therefore offer a $3,000 reward to anyone who can pick it under the following conditions: a committee of five respectable disinterested citizens shall be selected, none of whom shall be objected to by either party, and their award shall be conclusive. The said committee shall proceed to the store of Linus Yale Jr. & Co., Philadelphia, and select therefrom any one of L. Yale Jr.’s Patent Magic Infallible Bank Locks of Eight Tumblers. The party making the application may take it apart and have the free use of it for three days to take any measurements he may desire. The committee shall then secure the lock to the door of one of L. Yale Jr.’s Patent Burglarproof Chilled Iron Safes. When so secured, Mr. Yale shall be allowed to set up the key on any combination he chooses and lock the door, keeping the key concealed, which shall then be sealed up and placed in the hands of the committee for safekeeping. After which the party applying to make the attempt shall have free and uninterrupted access to the lock for the space of thirty days. During this time Mr. Yale shall take the key from the committee and unlock the door, relocking it on the same or any other combination, at intervals of three days apart, during the time of the trial. If the party making the attempt can fairly unlock the lock during the trial, he shall do so in the presence of the committee and Mr. L. Yale Jr., when the said sum of $3,000 shall be awarded to the successful operator. 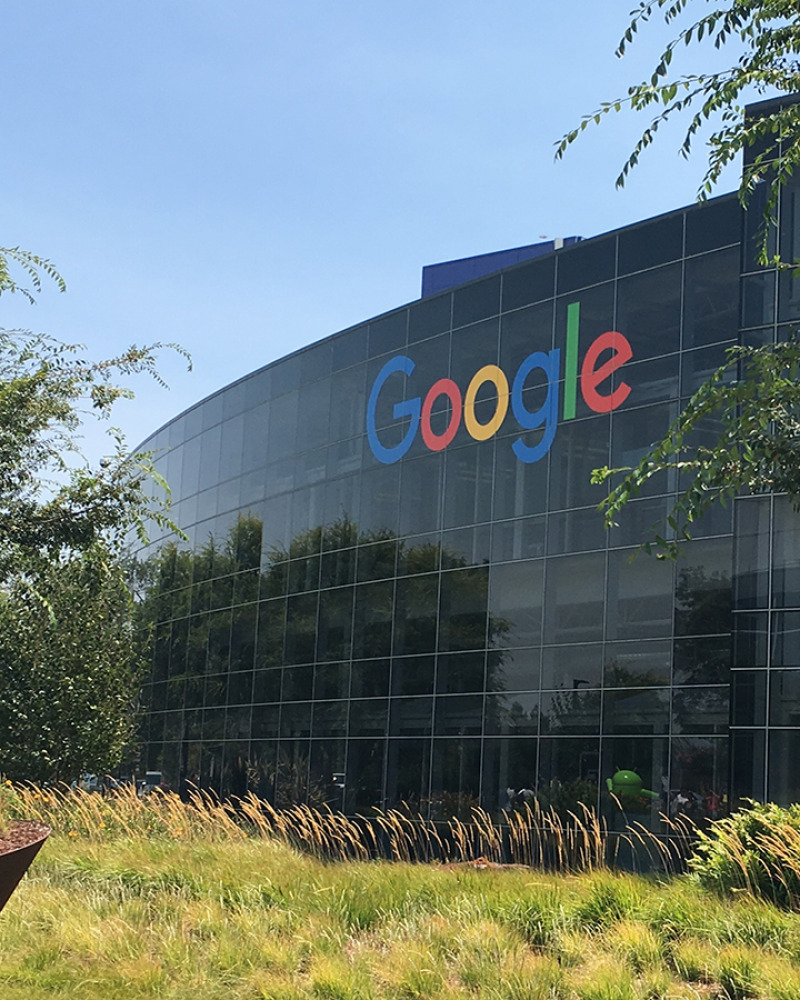 The Android Security Rewards program was created in 2015 to reward researchers who find and report security issues to help keep the Android ecosystem safe. Over the past four years, we have awarded over 1,800 reports and paid out over $4 million.

Today we’re expanding the program and increasing reward amounts. We are introducing a top prize of $1 million for a full-chain remote code execution exploit with persistence that compromises the Titan M secure element on Pixel devices. Additionally, we will be launching a specific program offering a 50 percent bonus for exploits found on specific developer preview versions of Android, meaning our top prize is now $1.5 million.

The highest reward paid out to a member of the research community this year was for a report from Guang Gong (@oldfresher) of Alpha Lab, Qihoo 360 Technology Co. Ltd. This report detailed the first reported one-click remote code execution exploit chain on the Pixel 3 device. Guang Gong was awarded $161,337 from the Android Security Rewards program and $40,000 by the Chrome Rewards program, for a total of $201,337. The $201,337 combined reward is also the highest reward for a single exploit chain across all Google VRP programs.

We’d like to thank all of our researchers for contributing to the security of the Android ecosystem. If you’re interested in becoming a researcher, check out our Bughunter University for information on how to get started. Happy bug hunting!

Thomas Hoefeller’s tips for how to turn a map red.More