In 1882 the twenty-one-year-old Fridtjof Nansen—who had recently been appointed curator of zoology at the Bergen Museum—developed an interest in Arctic oceanography. Eleven years later he embarked on an expedition to the North Pole, breaking the record for highest latitude reached by humans and also proving that a ship could safely traverse the frozen Arctic Sea by intentionally becoming trapped in slow-moving sea ice. On his 1896 return to Norway, Nansen became an immediate celebrity. 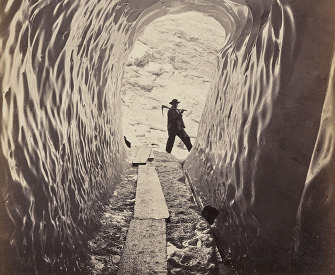 A Midsummer on Ice

Fridtjof Nansen is mesmerized by an Arctic sky.More