Born Alice Chenoweth in Winchester, Virginia, in 1853, the author, suffragist, and reformer studied biology at Columbia University and published lectures, articles, essays, and novels under several pseudonyms before settling on Helen Hamilton Gardener. In the five years before her death in 1925, she served on the U.S. Civil Service Commission, the highest role yet attained by a woman in federal government. She left her brain to Cornell University as a final volley in the debate she started in her essay “Sex in Brain,” refuting the assertion of a former surgeon general that women had inferior brains. 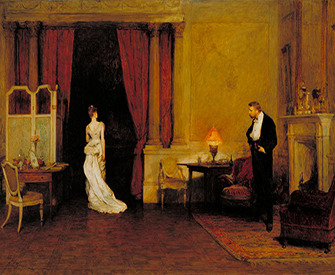 “The Harriet Beecher Stowe of Fallen Women” on the fictions of fiction. More