A dropout from Pomona College, Cage turned from writing literature to music after moving to Paris in 1930. He returned to Los Angeles the next year and soon came under the mentorship of Henry Cowell. “At the time,” he later said, “what one did was to choose between Stravinsky and Schoenberg.” Through his avant-garde compositions, which often showcased interests in noise, chance, new technology, and Zen Buddhism, Cage became one of the most influential composers of the twentieth century. 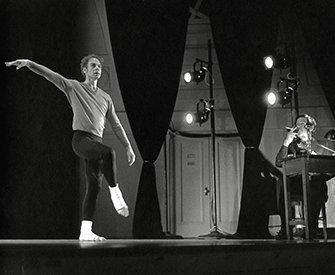