My master used to read prayers in public to the ship’s crew every Sabbath day, and when I first saw him read, I was never so surprised in my life as when I saw the book talk to my master, for I thought it did, as I observed him to look upon it and move his lips. I wished it would do so with me. As soon as my master had done reading, I followed him to the place where he put the book, being mightily delighted with it, and when nobody saw me, I opened it and put my ear down close upon it, in great hopes that it would say something to me; but I was very sorry and greatly disappointed when I found that it would not speak. This thought immediately presented itself to me, that everybody and everything despised me because I was bla

From his autobiography. Born around 1710 in modern-day Nigeria, Gronniosaw was brought as a slave from Africa to Barbados to New York City, where he was bought by a minister who taught him Christianity and how to read Dutch. After being freed upon his master’s death around 1747, immigrating to England in 1762, and marrying a widowed weaver, he dictated his life’s story to “a young lady.” It was printed in 1772, the first slave narrative published in English. 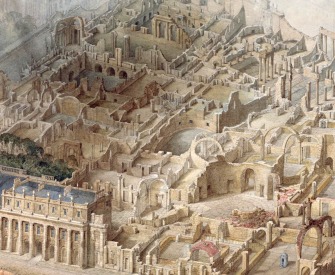