Wit is an electric shock which takes us by violence quite independently of our predominant mental disposition, but humor approaches us more deliberately and leaves us masters of ourselves. Hence it is that while coarse and cruel humor has almost disappeared from contemporary literature, coarse and cruel wit abounds.

Even refined men cannot help laughing at a coarse bon mot or a lacerating personality if the “shock” of the witticism is a powerful one; while mere fun will have no power over them if it jars on their moral taste. Hence, too, it is that, while wit is perennial, humor is liable to become superannuated.

As is usual with definitions and classifications, however, this distinction between wit and humor does not exactly represent the actual fact. Like all other species, wit and humor overlap and blend with each other. There are bon mots, like many of Charles Lamb’s, which are a sort of facetious hybrids; we hardly know whether to call them witty or humorous. There are rather lengthy descriptions or narratives which, like Voltaire’s “Micromégas,” would be humorous if they were not so sparkling and antithetic, so pregnant with suggestion and satire that we are obliged to call them witty. We rarely find wit untempered by humor, or humor without a spice of wit, and sometimes we find them both united in the highest degree in the same mind, as in Shakespeare and Moliére. A happy conjunction this, for wit is apt to be cold and thin-lipped and Mephistophelean in men who have no relish for humor, whose lungs do never crow at fun and drollery; and broad faced rollicking humor needs the refining influence of wit. Indeed, it may be said that there is no really fine writing in which wit has not an implicit, if not an explicit, action. The wit may never rise to the surface, it may never flame out into a witticism—but it helps to give brightness and transparency, it warns off from flights and exaggerations which verge on the ridiculous—in every genre of writing it preserves a man from sinking into the genre ennui. And it is eminently needed for this office in humorous writing, for as humor has no limits imposed on it by its material, no law but its own exuberance, it is apt to become preposterous and wearisome unless checked by wit, which is the enemy of all monotony, of all lengthiness, of all exaggeration.

Perhaps the nearest approach nature has given us to a complete analysis, in which wit is as thoroughly exhausted of humor as possible, and humor as bare as possible of wit, is in the typical Frenchman and the typical German. Voltaire, the intensest example of pure wit, fails in most of his fictions from his lack of humor. “Micromégas” is a perfect tale, because, as it deals chiefly with philosophic ideas and does not touch the marrow of human feeling and life, the writer’s wit and wisdom were all-sufficient for his purpose. Not so with Candide. Here Voltaire had to give pictures of life as well as to convey philosophic truth and satire, and here we feel the want of humor. The sense of the ludicrous is continually defeated by disgust, and the scenes, instead of presenting us with an amusing or agreeable picture, are only the frame for a witticism. On the other hand, German humor generally shows no sense of measure, no instinctive tact; it is either floundering and clumsy as the antics of a leviathan, or laborious and interminable as a Lapland day, in which one loses all hope that the stars and quiet will ever come. For this reason Jean Paul, the greatest of German humorists, is unendurable to many readers, and frequently tiresome to all. Here, as elsewhere, the German shows the absence of that delicate perception, that sensibility to gradation, which is the essence of tact and taste and the necessary concomitant of wit. All his subtlety is reserved for the region of metaphysics. He has the finest nose for empiricism in philosophical doctrine, but the presence of more or less tobacco smoke in the air he breathes is imperceptible to him. To the typical German it is indifferent whether his door lock will catch, whether his teacup is more or less than an inch thick, whether or not his book has every other leaf unstitched, whether his neighbor’s conversation is more or less of a shout, whether he pronounces b or p, t or d, whether or not his adored one’s teeth are few and far between. He has the same sort of insensibility to gradations in time. A German comedy is like a German sentence: you see no reason in its structure why it should ever come to an end, and you accept the conclusion as an arrangement of Providence rather than of the author. We have heard Germans use the word Langeweile, the equivalent for ennui, and we have secretly wondered what it can be that produces ennui in a German. Not the longest of long tragedies, for we have known him to pronounce that “most captivating”; not the heaviest of heavy books, for he delights in that “thoroughly”; not the slowest of journeys in a postchaise, for the slower the horses, the more cigars he can smoke before he reaches his journey’s end. German ennui must imply some kind of extremely unknown quantity of stupefaction. 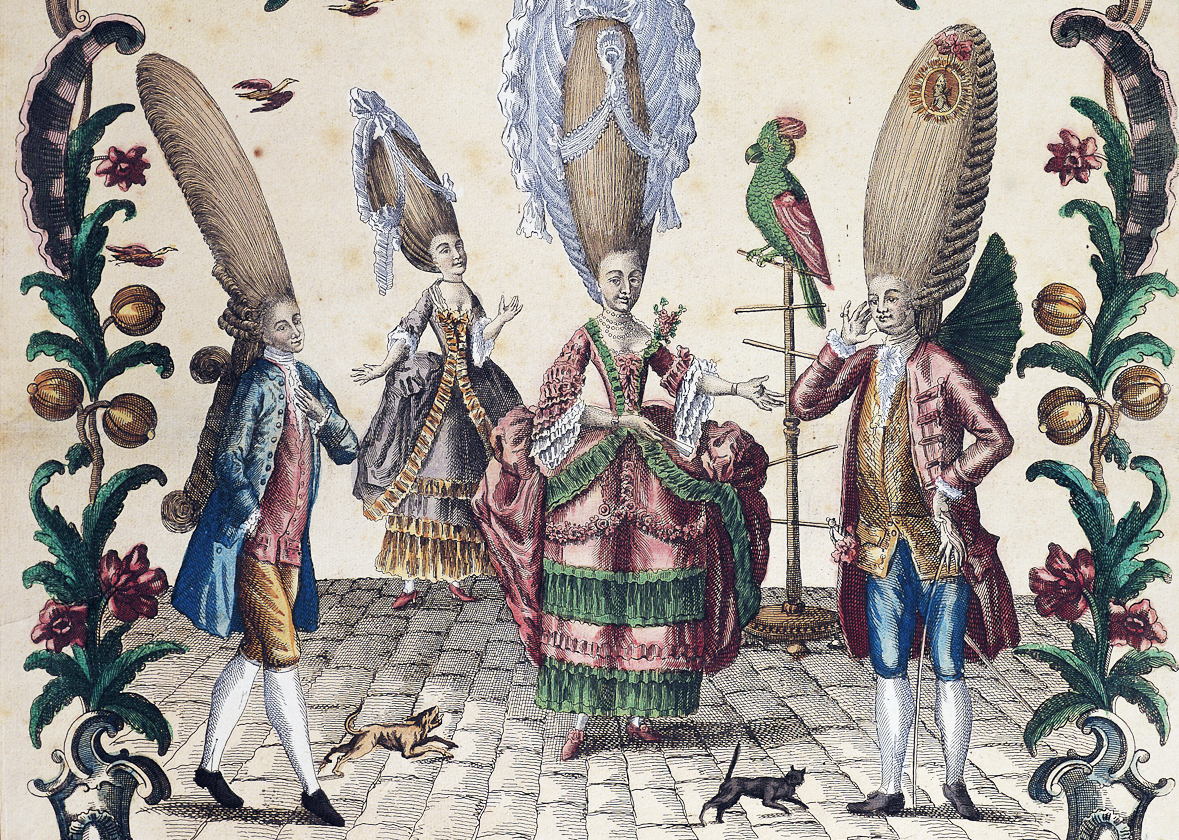 It is easy to see that this national deficiency in nicety of perception must have its effect on the national appreciation and exhibition of humor. You find in Germany ardent admirers of Shakespeare who tell you that what they think most admirable in him is his Wortspiel, his verbal quibbles. And it is a remarkable fact that among the five great races concerned in modern civilization, the German race is the only one which, up to the present century, had contributed nothing classic to the common stock of European wit and humor. Italy was the birthplace of pantomime and the immortal Pulcinello; Spain had produced Miguel de Cervantes; France had produced François Rabelais and Moliére, and classic wits innumerable; England had yielded Shakespeare and a host of humorists. But Germany had borne no great comic dramatist, no great satirist, and she has not yet repaired the omission; she had not even produced any humorist of a high order. Of course, we do not pretend to an exhaustive acquaintance with German literature; we not only admit—we are sure—that it includes much comic writing of which we know nothing. We simply state the fact that no German production of that kind, before the present century, ranked as European—a fact which does not, indeed, determine the amount of the national facetiousness, but which is quite decisive as to its quality. Whatever may be the stock of fun which Germany yields for home consumption, she has provided little for the palate of other lands. All honor to her for the still greater things she has done for us! She has fought the hardest fight for freedom of thought, has produced the grandest inventions, has made magnificent contributions to science, has given us some of the divinest poetry, and quite the divinest music, in the world. We revere and treasure the products of the German mind. To say that that mind is not fertile in wit, is only like saying that excellent wheat land is not rich pasture; to say that we do not enjoy German facetiousness is no more than to say that though the horse is the finest of quadrupeds, we do not like him to lay his hoof playfully on our shoulder. Still, as we have noticed that the pointless puns and stupid jocularity of the boy may ultimately be developed into the epigrammatic brilliancy and polished playfulness of the man; as we believe that racy wit and chastened delicate humor are inevitably the results of invigorated and refined mental activity—we can also believe that Germany will one day yield a crop of wits and humorists.

From “German Wit: Heinrich Heine.” Eliot saw hope for the country’s humor in Heine—“true, this unique German wit is half a Hebrew,” she noted, but his ancestors were raised on “wurst and sauerkraut, so that he is as much a German as a pheasant is an English bird.” Mary Ann Evans first used George Eliot as her pseudonym when publishing a section of Scenes of Clerical Life in 1857. The inspiration for her “first story” came while she was “lying in bed,” and her “thoughts merged themselves into a dreamy doze,” an incident she fictionalized in her novel The Mill on the Floss, published in 1860.

Orson Welles became a star not by creating some great work, but by simply scaring the hell out of people. More