The multitudes of wild pigeons in our woods are astonishing. Indeed, after having viewed them so often, and under so many circumstances, I even now feel inclined to pause and assure myself that what I am going to relate is fact. Yet I have seen it all, and that too in the company of persons who, like myself, were struck with amazement.

In the autumn of 1813, I left my house at Henderson, on the banks of the Ohio River, on my way to Louisville. In passing over the barrens a few miles beyond Hardinsburgh, I observed the pigeons flying from northeast to southwest in greater numbers than I thought I had ever seen them before, and feeling an inclination to count the flocks that might pass within the reach of my eye in one hour, I dismounted, seated myself on an eminence, and began to mark with my pencil, making a dot for every flock that passed. In a short time finding the task which I had undertaken impracticable, as the birds poured in in countless multitudes, I rose and, counting the dots then put down, found that 163 had been made in twenty-one minutes. I traveled on, and still met more the farther I proceeded. The air was literally filled with pigeons; the light of noonday was obscured as by an eclipse; the dung fell in spots, not unlike melting flakes of snow, and the continued buzz of wings had a tendency to lull my senses to repose.

Before sunset I reached Louisville, distant from Hardinsburgh fifty-five miles. The pigeons were still passing in undiminished numbers and continued to do so for three days in succession. The people were all in arms. The banks of the Ohio were crowded with men and boys incessantly shooting at the pilgrims, which there flew lower as they passed the river. Multitudes were thus destroyed. For a week or more, the population fed on no other flesh than that of pigeons and talked of nothing but pigeons. The atmosphere during this time was strongly impregnated with the peculiar odor which emanates from the species.

It may not, perhaps, be out of place to attempt an estimate of the number of pigeons contained in one of those mighty flocks, and of the quantity of food daily consumed by its members. The inquiry will tend to show the astonishing bounty of the great Author of Nature in providing for the wants of His creatures. Let us take a column of one mile in breadth, which is far below the average size, and suppose it passing over us without interruption for three hours, at the rate mentioned above of one mile in the minute. This will give us a parallelogram of 180 miles by one, covering 180 square miles. Allowing two pigeons to the square yard, we have 1,115,136,000 pigeons in one flock. As every pigeon daily consumes fully half a pint of food, the quantity necessary for supplying this vast multitude must be 8,712,000 bushels per day.

Animals are good to think with.

As soon as the pigeons discover a sufficiency of food to entice them to alight, they fly round in circles, reviewing the country below. During their evolutions on such occasions, the dense mass which they form exhibits a beautiful appearance as it changes its direction, now displaying a glistening sheet of azure, when the backs of the birds come simultaneously into view, and anon, suddenly presenting a mass of rich deep purple. They then pass lower, over the woods, and for a moment are lost among the foliage, but again emerge and are seen gliding aloft. They now alight, but the next moment, as if suddenly alarmed, they take to wing, producing by the flappings of their wings a noise like the roar of distant thunder, and sweep through the forests to see if danger is near. Hunger, however, soon brings them to the ground. When alighted, they are seen industriously throwing up the withered leaves in quest of the fallen mast. The rear ranks are continually rising, passing over the main body and alighting in front in such rapid succession that the whole flock seems still on wing. The quantity of ground thus swept is astonishing, and so completely has it been cleared that the gleaner who might follow in their rear would find his labor completely lost. While feeding, their avidity is at times so great that in attempting to swallow a large acorn or nut, they are seen gasping for a long while, as if in the agonies of suffocation.

On such occasions, when the woods are filled with these pigeons, they are killed in immense numbers, although no apparent diminution ensues. About the middle of the day, after their repast is finished, they settle on the trees to enjoy rest and digest their food. On the ground they walk with ease, as well as on the branches, frequently jerking their beautiful tails and moving the neck backward and forward in the most graceful manner. As the sun begins to sink beneath the horizon, they depart en masse for the roosting place, which not infrequently is hundreds of miles distant, as has been ascertained by persons who have kept an account of their arrivals and departures.

Let us now, kind reader, inspect their place of nightly rendezvous. One of these curious roosting places, on the banks of the Green River in Kentucky, I repeatedly visited. It was, as is always the case, in a portion of the forest where the trees were of great magnitude, and where there was little underwood. My first view of it was about a fortnight subsequent to the period when they had made choice of it, and I arrived there nearly two hours before sunset. Few pigeons were then to be seen, but a great number of persons, with horses and wagons, guns, and ammunition, had already established encampments on the borders. Two farmers from the vicinity of Russellville, distant more than a hundred miles, had driven upward of three hundred hogs to be fattened on the pigeons which were to be slaughtered. Here and there the people employed in plucking and salting what had already been procured were seen sitting in the midst of large piles of these birds. The dung lay several inches deep, covering the whole extent of the roosting place, like a bed of snow. Many trees two feet in diameter, I observed, were broken off at no great distance from the ground, and the branches of many of the largest and tallest had given way, as if the forest had been swept by a tornado. Every thing proved to me that the number of birds resorting to this part of the forest must be immense beyond conception. As the period of their arrival approached, their foes anxiously prepared to receive them. Some were furnished with iron pots containing sulphur, others with torches of pine knots, many with poles, and the rest with guns. The sun was lost to our view, yet not a pigeon had arrived. Every thing was ready, and all eyes were gazing on the clear sky, which appeared in glimpses amid the tall trees. Suddenly there burst forth a general cry of “Here they come!” The noise which they made, though yet distant, reminded me of a hard gale at sea passing through the rigging of a close-reefed vessel. As the birds arrived and passed over me, I felt a current of air that surprised me. Thousands were soon knocked down by the pole men. The birds continued to pour in. The fires were lighted, and a magnificent as well as wonderful and almost terrifying sight presented itself. The pigeons, arriving by thousands, alighted everywhere, one above another, until solid masses as large as hogsheads were formed on the branches all round. Here and there the perches gave way under the weight with a crash and, falling to the ground, destroyed hundreds of the birds beneath, forcing down the dense groups with which every stick was loaded. It was a scene of uproar and confusion. I found it quite useless to speak, or even to shout to those persons who were nearest to me. Even the reports of the guns were seldom heard, and I was made aware of the firing only by seeing the shooters reloading. 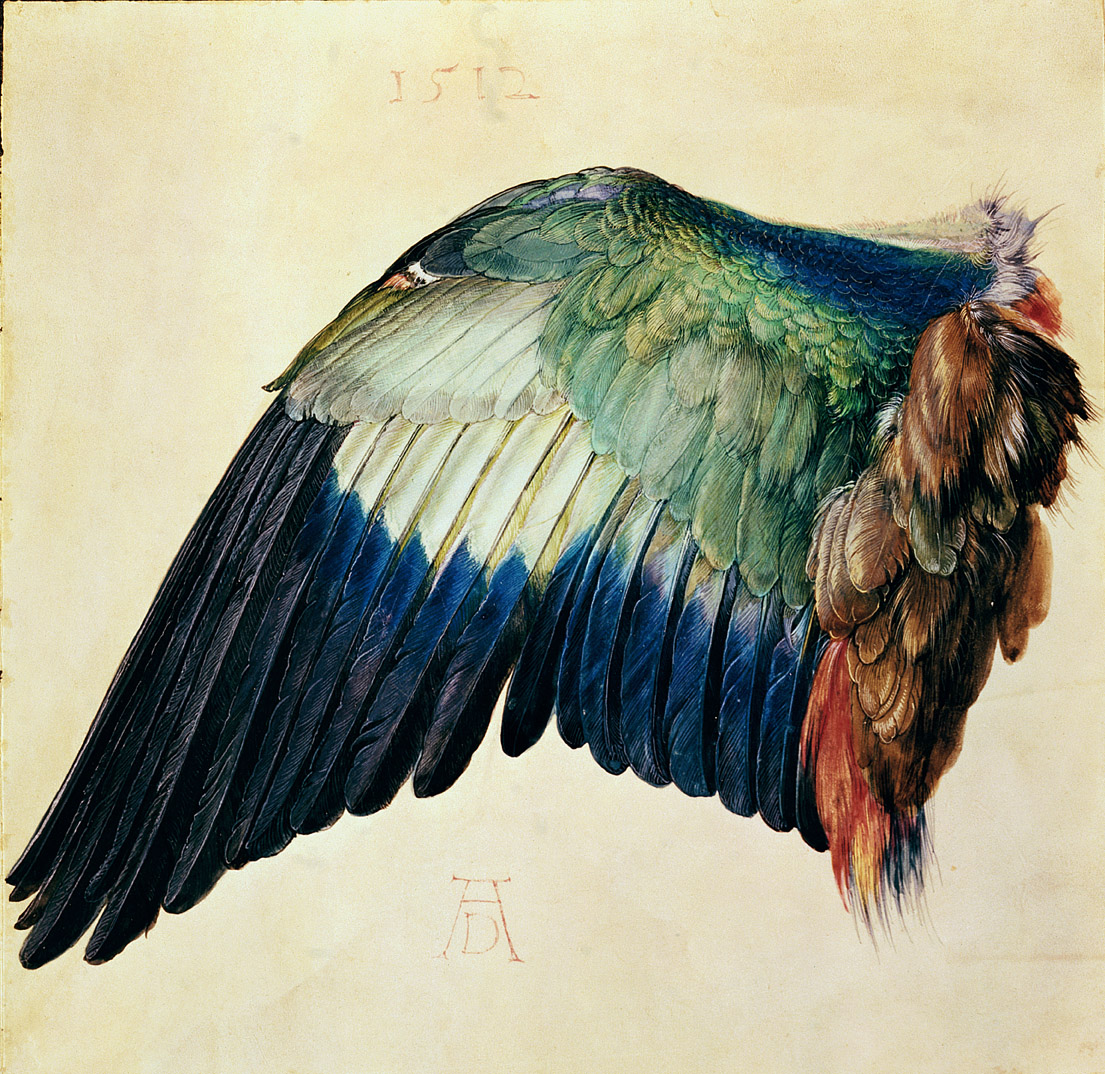 No one dared venture within the line of devastation. The hogs had been penned up in due time, the picking up of the dead and wounded being left for the next morning’s employment. The pigeons were constantly coming, and it was past midnight before I perceived a decrease in the number of those that arrived. The uproar continued the whole night, and as I was anxious to know to what distance the sound reached, I sent off a man, accustomed to perambulate the forest, who, returning two hours afterward, informed me he had heard it distinctly when three miles distant from the spot. Toward the approach of day, the noise in some measure subsided, long before objects were distinguishable, the pigeons began to move off in a direction quite different from that in which they had arrived the evening before, and at sunrise all that were able to fly had disappeared. The howlings of the wolves now reached our ears, and the foxes, lynxes, cougars, bears, raccoons, opossums, and polecats were seen sneaking off, while eagles and hawks of different species, accompanied by a crowd of vultures, came to supplant them and enjoy their share of the spoil.

It was then that the authors of all this devastation began their entry among the dead, the dying, and the mangled. The pigeons were picked up and piled in heaps, until each had as many as he could possibly dispose of, when the hogs were let loose to feed on the remainder.

Persons unacquainted with these birds might naturally conclude that such dreadful havoc would soon put an end to the species. But I have satisfied myself by long observation that nothing but the gradual diminution of our forests can accomplish their decrease.

From Ornithological Biography. Born in the West Indies in 1785, Audubon as a youth lived in France—later dubiously claiming to have studied under the painter Jacques-Louis David—and traveled in 1803 to the United States to avoid conscription. After various failed business ventures and a stint as a taxidermist, he went to Europe to find engravers and an audience for his bird drawings, publishing the first volume of The Birds of America in 1827.

Adam Smith on the division of labor.More