Through the door opposite to the one where I was standing in a slaughterhouse that I once visited in Tula, the butchers were taking in a large, red, fattened ox. Two men were pulling him. And they had barely brought him in when I saw a butcher raise a dagger over his head and strike him. The ox dropped down on his belly, as though he had been knocked off all his four legs at once, immediately rolled over on one side, and began to kick with his legs and with his whole back. One of the butchers immediately threw himself on the forepart of the ox, from the end opposite his kicking legs, took hold of his horns, bent his head to the ground, and from beneath the head there spurted the dark red blood, under the current of which a boy besmeared in blood placed a tin basin.

All the time while they were doing this, the ox kept jerking his head, as though trying to get up, and kicked with all his four legs in the air. The basin filled rapidly, but the ox was still alive and, painfully contracting and expanding his belly, kicked with his forelegs and hind legs, so that the butchers had to get out of his way. When one basin was filled, the boy carried it away on his head, while another boy set down another basin, which also began to fill up. But the ox kept contracting and expanding his belly and jerked with his hind legs. When the blood stopped flowing, the butcher raised the head of the ox and began to flay him. The ox continued kicking. The head was bared and began to look red with white veins and assumed the position given to it by the butchers; on both sides of it hung the hide. The ox continued to kick. Then another butcher caught the ox by a leg, which he broke and cut off. Convulsions ran up and down the belly and the other legs. The other legs, too, were cut off, and they were thrown where all the legs belonging to one owner were thrown. Then the carcass was pulled up to a block and tackle and was stretched out, and there all motion stopped.

Thus I stood at the door and looked at a second, a third, a fourth ox. With all of them the same happened: the same flayed head with pinched tongue and the same kicking back. The only difference was that the butcher did not always strike in the right place to make the ox fall. It happened that the butcher made a mistake, and the ox jumped up, bellowed, and, shedding blood, tried to get away. But then he was pulled under a beam and struck a second time, after which he fell.

Then I entered the division where they butcher the smaller animals. It is a very large and long chamber, with an asphalt floor and with tables with backs, on which they butcher sheep and calves. Here the work was all finished; in the long chamber, which was saturated with the odor of blood, there were only two butchers. One was blowing into the leg of a dead ram and patting the blown-up belly; the other, a young lad with a blood-bespattered apron, was smoking a bent cigarette. There was no one else in the gloomy, long chamber, which was saturated with the oppressive odor. Immediately after me there came in one who looked like an ex-soldier, who brought a black yearling lamb with spots on his neck, which he put down on one of the tables, as though on a bed. The soldier, apparently an acquaintance of theirs, greeted them and asked them when their master gave them days off. The young lad with the cigarette walked up with a knife, which he sharpened at the edge of the table, and answered that they had their holidays free. The live plump lamb was lying quietly as though dead, only briskly wagging his short tail and breathing more frequently than usual. The soldier lightly, without effort, held down his head, which was rising up; the young lad, continuing the conversation, took the lamb’s head with his left hand and quickly drew the knife down his throat. The lamb shivered, and the little tail became arched and stopped wagging. While waiting for the blood to run off, the young lad puffed at the cigarette, which had nearly gone out. The blood began to flow, and the lamb began to be convulsed. The conversation was continued without the least interruption.

And what about those hens and chickens, which every day in a thousand kitchens, with heads cut off, shedding blood, jump about comically and terribly, flapping their wings?

And behold, a tender, refined lady will devour the corpses of these animals with the full conviction of her righteousness, asserting two propositions, which mutually exclude each other:

The first, that she is so delicate—and of this she is assured by her doctor—that she is unable to live on vegetable food alone, but that her weak organism demands animal food; and the second, that she is so sensitive that she not only cannot cause any sufferings to any animal, but cannot even bear the sight of them.

And yet, this poor lady is weak for the very reason, and for no other, that she has been taught to subsist on food that is improper for man, and she cannot help but cause the animals suffering, because she devours them.

Who hears the fishes when they cry?

We cannot pretend that we do not know this. We are not ostriches, and we cannot believe that if we do not look there will not be what we do not wish to see. This is the more impossible, when we do not wish to see what we wish to eat. And, above all else, if it were only indispensable! But let us assume that it is not indispensable, but necessary for some purpose. It is not. It is good only for bringing out animal sensations, breeding lust, fornication, drunkenness. This is constantly confirmed by the fact that good, uncorrupted young men, especially women and girls, feel, without knowing how one thing follows from the other, that virtue is not compatible with beefsteak, and as soon as they wish to be good, they give up animal food.

What, then, do I wish to say? Is it this, that men, to be moral, must stop eating meat? Not at all.

What I wanted to say is, that for a good life a certain order of good acts is indispensable; that if the striving after the good life is serious in a man, it will inevitably assume one certain order, and that in this order the first virtue for a man to work on is abstinence, self-possession. And in striving after abstinence, a man will inevitably follow one certain order, and in this order the first subject will be abstinence in food, fasting. But in fasting, if he seriously and sincerely seeks a good life, the first from which a man will abstain will always be the use of animal food, because, to say nothing of the excitation of the passions which this food produces, its use is directly immoral, since it demands an act which is contrary to our moral sense—murder—and is provoked only by the desire and craving for good eating.

Why abstinence from animal food will be the first work of fasting and a moral life has excellently been said, not by one man, but by the whole of humanity, in the persons of its best representatives in the course of the whole conscious life of humanity.

“But why, if the illegality, that is, the immorality, of animal food has for so long a time been known to humanity, have men not yet come to recognize this law?” is what those men will ask who are generally guided not so much by their reason as by public opinion. The answer to this question is this, that the moral progress of humanity, which forms the basis of every progress, always takes place slowly, but that the symptom of the true, not the accidental, progress is its unceasingness and constant acceleration. 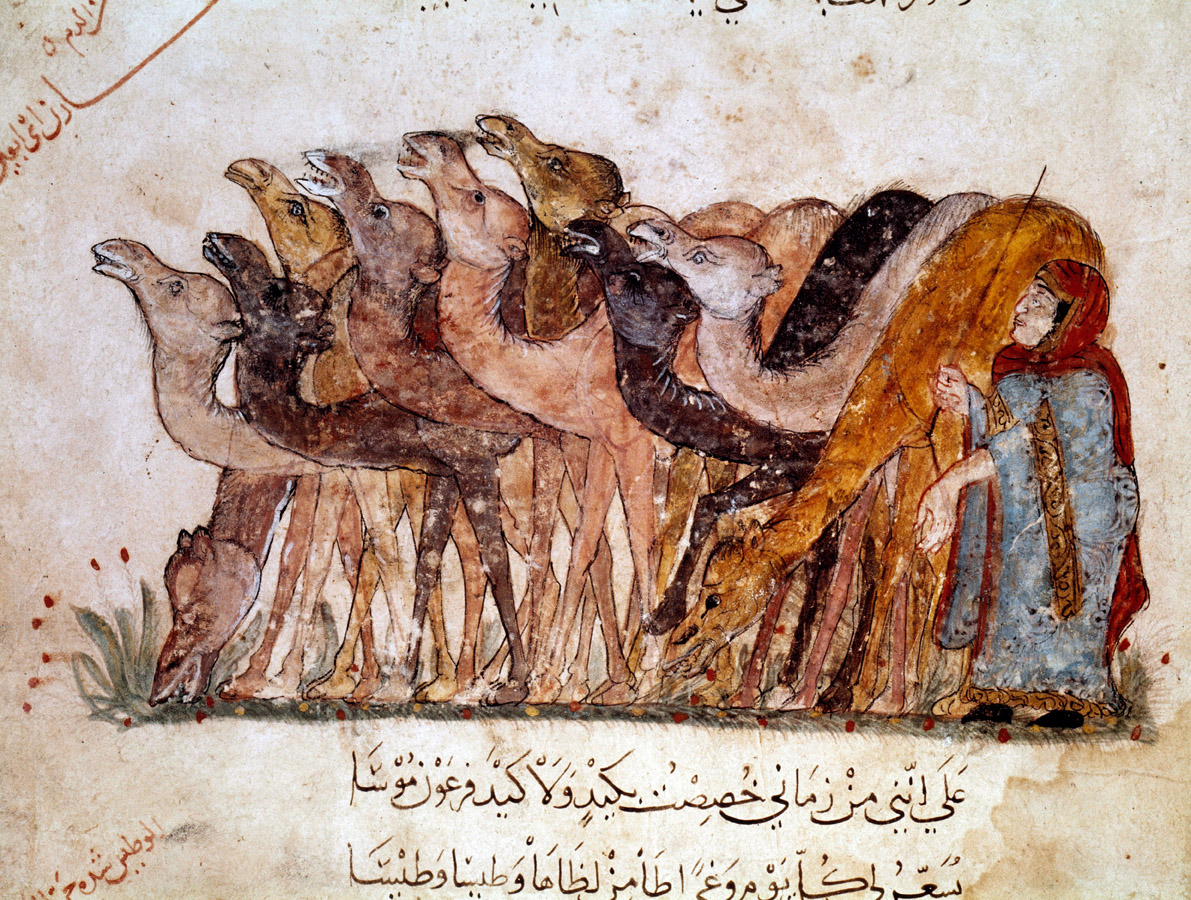 And such is the motion of vegetarianism. This motion is expressed in all the thoughts of the writers on this subject, and in the life of humanity itself, which more and more passes unconsciously from meat eating to vegetable food, and consciously in the motion of vegetarianism, which has been manifesting itself with special force and is assuming ever greater dimensions. This motion has for the last ten years been growing faster and faster; there appear every year more and more books and periodicals which deal with this subject; we constantly meet more and more men who reject animal food; and the number of vegetarian restaurants and hotels is growing every year abroad, especially in Germany, England, and America.

This motion must be particularly pleasing to those who live striving after the realization of the kingdom of God upon earth, not because vegetarianism in itself is an important step toward this kingdom (all true steps are both important and not important), but because it serves as a sign of this, that the striving after man’s moral perfection is serious and sincere, since it has assumed the proper invariable order, which begins with the first step.

From “The First Step.” This essay appeared as the preface to the Russian edition of Howard Williams’ The Ethics of Diet, a book aimed at offering “a biographical history of the literature of humane dietetics.” After publishing War and Peace serially from 1865 to 1869 and Anna Karenina from 1875 to 1877, Tolstoy experienced an extended bout of despair that caused him to revisit the Christianity of his youth. For his philosophical and theological formulations, which garnered him followers called Tolstoyans, he was excommunicated from the Russian Orthodox Church in 1901.

Exposing the My Lai massacre.More