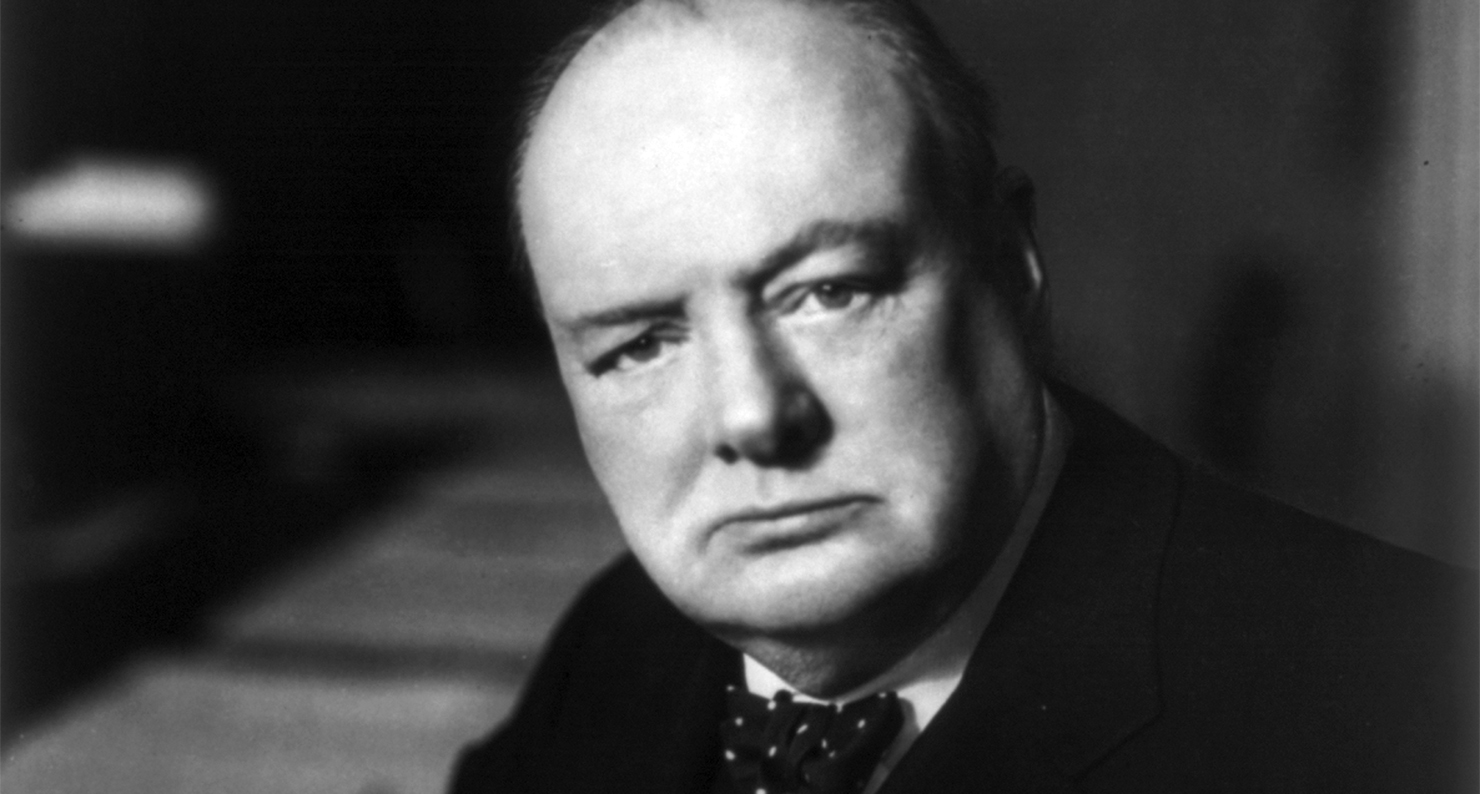 After eight months of sitzkrieg and phony war, the first large-scale fighting had finally broken out between Britain and Germany, and the Brits were on the losing side. Hitler had attacked Norway on April 9, taking the capital of Oslo and the southern towns within days. The British and French sent a motley makeshift army a few weeks later to dislodge them with disastrous results. They lacked maps, transport and any means to communicate with London. Despite the British Navy putting up a good show in the north, the entire operation proved farcical. Without informing their staunch Norwegian ally, the British abandoned central Norway ignominiously in early May. This defeat came as a shock to the British public, who had been led to expect a swift victory over the Germans.

The “Norwegian Debate,” on the evening of May 8, has gone down in history as one of the pinnacles of British parliamentary history. After coming close to losing a vote of confidence over the government’s handling of the Norwegian fiasco and the general air of muddle and drift, Prime Minister Neville Chamberlain was more or less hounded from the chamber of the House of Commons. Dozens from his own party voted with the opposition, rising to their feet in anger and indignation, belting out “Rule Britannia” and shouting Cromwell’s cry, “In the name of God, go!” It was a political drubbing without precedent.

Later that night two men—both self-made colonials, one Canadian, the other Irish-Australian, and both slightly sinister ruthless rogues—roamed a blacked out London by car desperately seeking “Winston.” They were his best friends and closest advisors and they feared for the country. Where on earth was he? They had to talk, but the old boy had gone to ground. In the calamitous debate in parliament earlier that evening it had fallen to Churchill, as First Lord of the Admiralty, to defend the government. The mud had stuck to Chamberlain that night—but Norway had been his idea. Now he was depressed, drunk and brooding. Eventually after scouring his many haunts they tracked him down to a dark corner of one of his clubs, the Carlton, where he sat alone. As they stayed up talking till two, Hitler struck again, invading Holland. It came in on the club’s teletype machine. Real war had begun.

The conversation the three men had that night was one of modern history’s most fateful. Max Beaverbrook, the thuggish, dynamic, Canadian, owner of the powerful Daily Express, and the mysterious wheeler dealing Brendan Bracken, boss of The Financial Times, were “outsiders.” So was Churchill. They agreed Chamberlain could no longer carry on politically. He had lost the support of the opposition parties and most of his own conservatives and simply had to go. But who could replace him as Prime Minister at the most perilous moment in nine hundred years of British history, with German invasion forces beginning to build? They were only two: Winston Churchill, the de facto Minister of Defense, and the Foreign Secretary, Lord Halifax.

Churchill was deeply mistrusted by his peers, and thought by some to be mad. His selection, many felt, would be calamitous. Lord Halifax—hereditary member of the House of Lords, darling of the establishment—was the favored of the two by far. For the past five years Halifax had been busy appeasing Hitler, while from the fringe of power, Churchill opposed him. All knew that as a war leader Churchill, the emotional romantic, would fight on to the end, whatever the odds. It was equally obvious that Halifax, the cold, hard-headed realist, would not. He was an instinctive peace man, ever willing to establish secret links with Mussolini and determine Hitler’s terms.

So what did Beaverbrook and Bracken advise? They knew the drill, the ancient workings of Britain’s unwritten constitution: No election was required to change a leader; “soundings” taken in secret to establish who would serve under who; a prime ministerial resignation offered to the king; “advice” to the monarch as to who to “call” to form the next government; a royal summons for the pre-selected “new leader” to go the palace to be royally anointed; the promise to “do one’s best” the kissing of hands.

To their champion that night they advised silence.

They made Churchill promise that when asked by Chamberlain, as they were sure he would be the following day, whether he would agree to serve under Halifax, he would stare into space and hold his tongue, a hard thing to do for one inebriated by the exuberance of his own verbosity.

Events unfolded just as predicted. Halifax and Churchill were summoned by Chamberlain the following afternoon around tea time. Three men in one small room.

He would tender his resignation in half an hour, Chamberlain said, and proposed to advise the king to call on Halifax to succeed him. Would Churchill agree to serve under Halifax? Would he be number two?

“Usually I talk a great deal,” Churchill recalled later in his memoir, “But on this occasion I was silent. A very long pause ensued, two minutes or more. It seemed like a lifetime…At last Halifax spoke.” It was the appeaser who cracked first in this apocalyptic game of chicken.

This is what Halifax recorded in his diary: “I said it would put me in a hopeless position not being a member of parliament. I should be a cipher. Winston would be a better choice”.

“By the time he had finished,” Churchill wrote years later in his own war memoir, “it was clear that the duty would fall upon me—had in fact fallen upon me. After it was over Lord Halifax and I sat in the sun a while speaking pleasantly of nothing in particular.” He was prime minister by six that evening.

It is on the record. Chamberlain was disappointed. The King was saddened. (“I told Halifax I was sorry not to have him as PM,” is the entry in the royal diary). Joseph Kennedy, the anti-British Irish-American U.S. ambassador, and the White House were dismissive. But not the British people. They roared their approval—and went on roaring until 1945. Some said it was the silence that saved the world.

Peter Foges was a film and television producer. He worked for the BBC in London for fifteen years as a correspondent, anchor, producer, and director before moving to the United States to serve as BBC TV’s bureau chief. For the BBC he produced The David Frost Show and directed numerous documentaries, including Kennedy’s Been Shot and Good Night and Good Luck. He later became director of news and public affairs programming for WNET/Thirteen in New York City, where he created and produced such series as Adam Smith’s Money World, The Struggles for Poland, and From D-Day to Berlin. Other U.S. TV credits include The Eyes of War with Robert Mitchum, Richard Burton: An Actor’s Life, and Putin’s Russia: Threat or Promise?. He co-wrote The Ten Year Lunch: The Wit and Legend of the Algonquin Round Table, which was awarded the 1987 Oscar for best documentary feature.