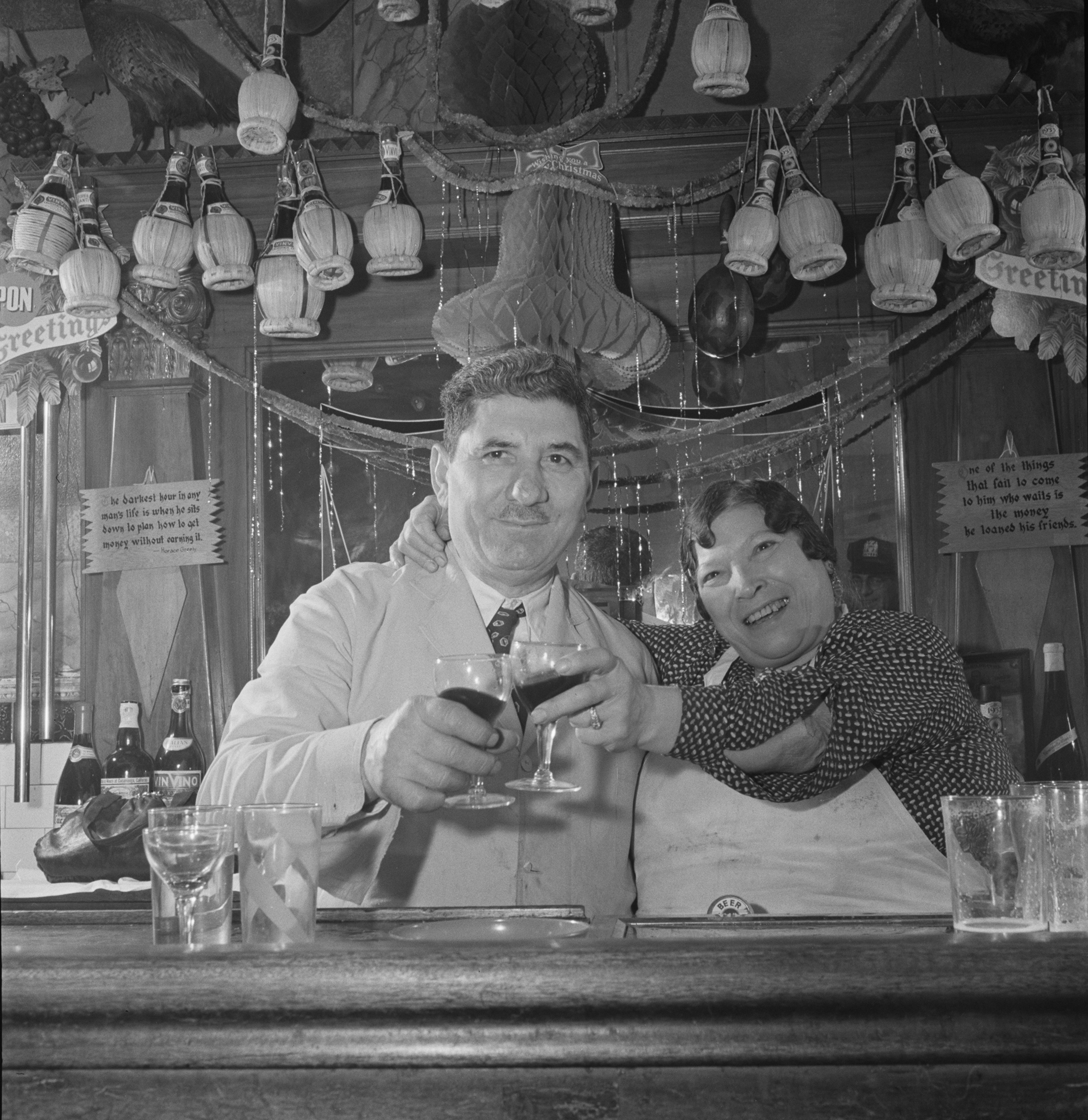 Mr. and Mrs. Di Costanzo at the bar of their restaurant on Mulberry Street on New Year’s Eve, 1942. Photograph by Marjory Collins. Library of Congress, Prints and Photographs Division.

• “You Can Thank This Forgotten Nineteenth Century Novel for the Christmas Prince Movie Genre.” (Pictorial)

• On Kehinde Wiley’s Rumors of War: “I recall trying to re-create some Velázquez paintings in which men were on horseback. I actually hired Hollywood horses, so they could deal with the flashes”—when he took photographs—“and not bolt. It turns out, the artists were lying. No man-to-horse is that ratio.” (NewYorker.com)

• Photos from a reenactment of an 1811 slave revolt. (Smithsonian)

• “The Hidden Truths of Hanukkah.” (On the Media)

• “The biggest obstacle to teaching slavery effectively in America is the deep, abiding American need to conceive of and understand our history as ‘progress,’ as the story of a people and a nation that always sought the improvement of mankind, the advancement of liberty and justice, the broadening of pursuits of happiness for all.” (TheAtlantic.com)

• Archaeologists at Teotihuacan dig up details about the lives of pre-Aztec commoners. (Reuters)

• On the past and future of nature writing. (Times Literary Supplement)