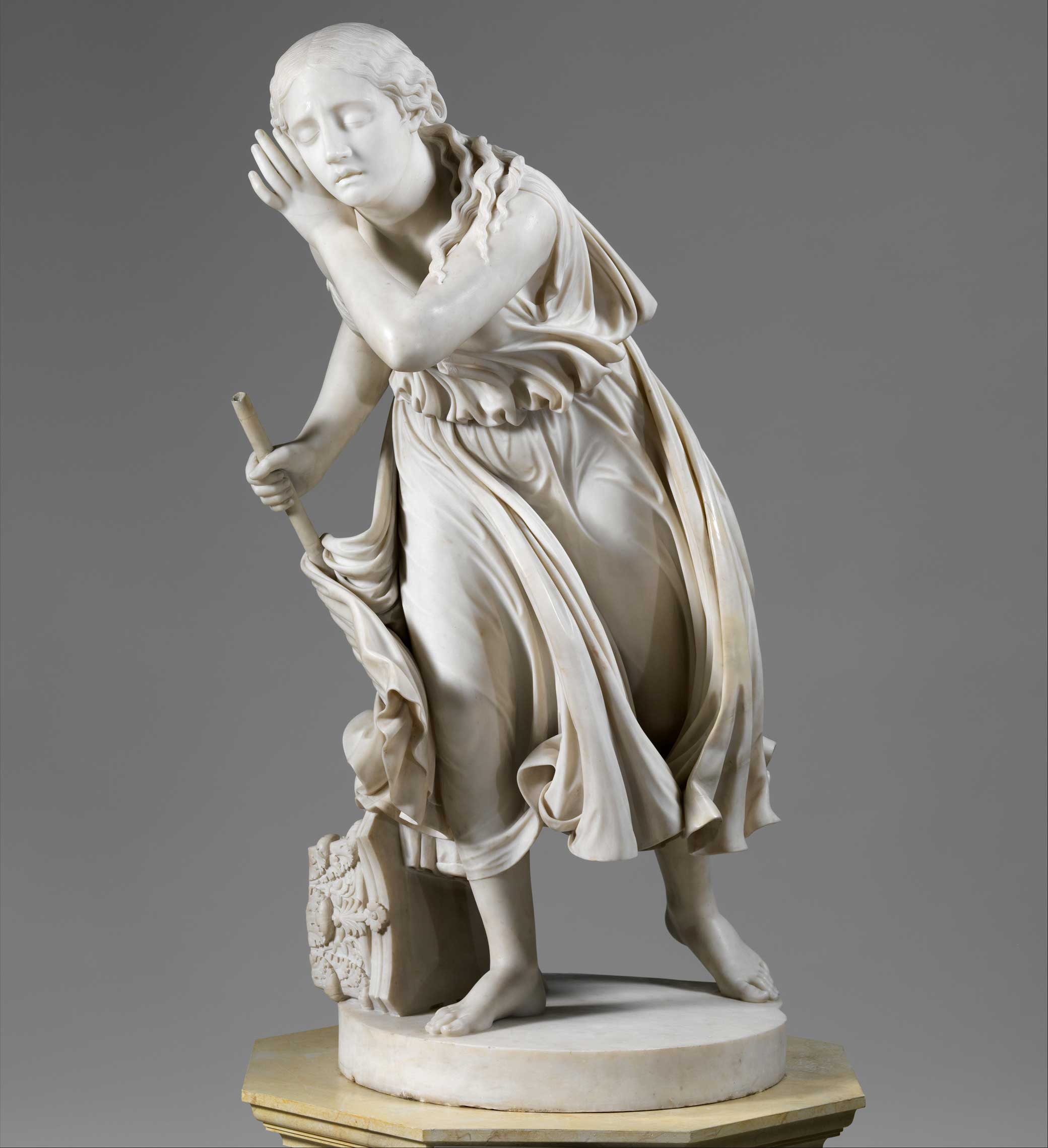 Nydia, the Blind Flower Girl of Pompeii, by Randolph Rogers, c. 1859. The Metropolitan Museum of Art, gift of James Douglas, 1899.

• “The idea of history’s judgment was, and remains, seductive. It flatters our discernment, suggesting that we and History navigate with the same ethical compass. It reassures us that today’s wrongs will be righted in the future, regardless of our inability to remedy them now. It imagines that society will learn from past errors, as if human reason were an autonomous force.” (The Baffler)

• “Relics are not neutral, however.” On the 9/11 memorials made of disaster debris. (Places Journal)

• On kneeling. (The American Scholar)

• How many hours does it take to piece together an ancient Roman fresco? “We estimate it takes us one day per case, so around a thousand days to study all of them. It’s exactly like a puzzle…except of course we don’t have the original model to work from or all of the pieces, which means it’s fastidious work. It’s a major task but we are lucky to have a large quantity of good quality pieces of the decor, which is rare.” (The Guardian)

• “By playing up her eccentricities, mocking her femininity, fundamentally misconstruing her religious beliefs, and laughing off her convictions, historians have made Carrie Nation a paper cutout of the temperance movement: easily crumpled up and thrown away, without ever needing to consider that her grievances actually had merit.” (Slate)

• The buildings of Svetlana Kana Radević. (The New York Review of Books)

• “A fifty-page codex of colorful, complex pictograms that dates to the early sixteenth century includes the most complete—and one of the oldest—written chronologies of early earthquakes in the Americas.” (Science News)

• On the women whose lives orbit the Roe v. Wade decision. (The Atlantic)