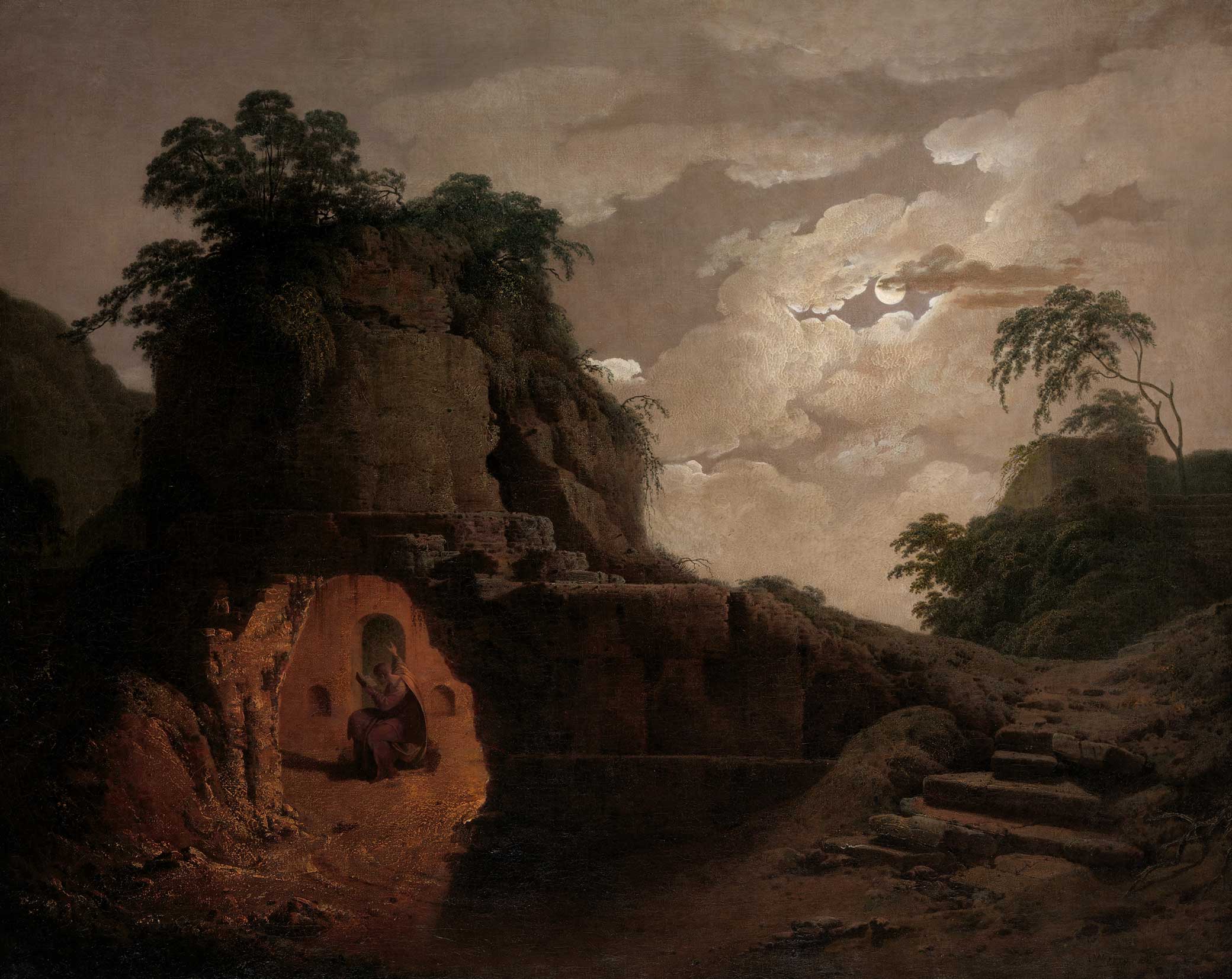 Virgil’s Tomb by Moonlight, with Silius Italicus Declaiming, by Joseph Wright, 1779. The Metropolitan Museum of Art, purchase, Lila Acheson Wallace gift, gifts of Mrs. William M. Haupt, Josephine Bay Paul, and the estate of George Quackenbush, in his memory, by exchange, the Morris and Alma Schapiro Fund gift, and funds from various donors, 2013.

• Getting swole with Charmion during the Gilded Age. (JSTOR Daily)

• How the music in Bull Durham tweaks “disparate versions of manhood as they pertain to the sporting life and give depth to what could have easily been a run-of-the-mill love triangle.” (Current)

• A history of quotations. (London Review of Books)

• On “alternatives to monumentalism”: “These divergent stories, sloppy and hard to pin down, offer up the most useful pieces of history.” (Artforum)

• “The Alps as we know them are being dramatically reshaped by Europe’s ongoing, epochal drought, a protracted state of arid conditions so dire that the receding waters are peeling back layers of history as they vaporize. Sunken Nazi warships have poked up from the streambed of the Danube, an ancient megalithic monument has emerged from a quarter-full reservoir in Spain, and a famously stupid bridge built by the moronic Roman emperor Nero is now fully visible instead of buried under the Tiber. The European Commission estimated this may be the continent’s most significant drought in five hundred years, an outlandish figure that feels less abstract for all the history it’s revealing; it will certainly not be the worst drought of the next five hundred years.” (Defector)

• The history of alternate side parking. (Curbed)

• A brief tour of America’s selective memory when it comes to World War II. (Dissent)