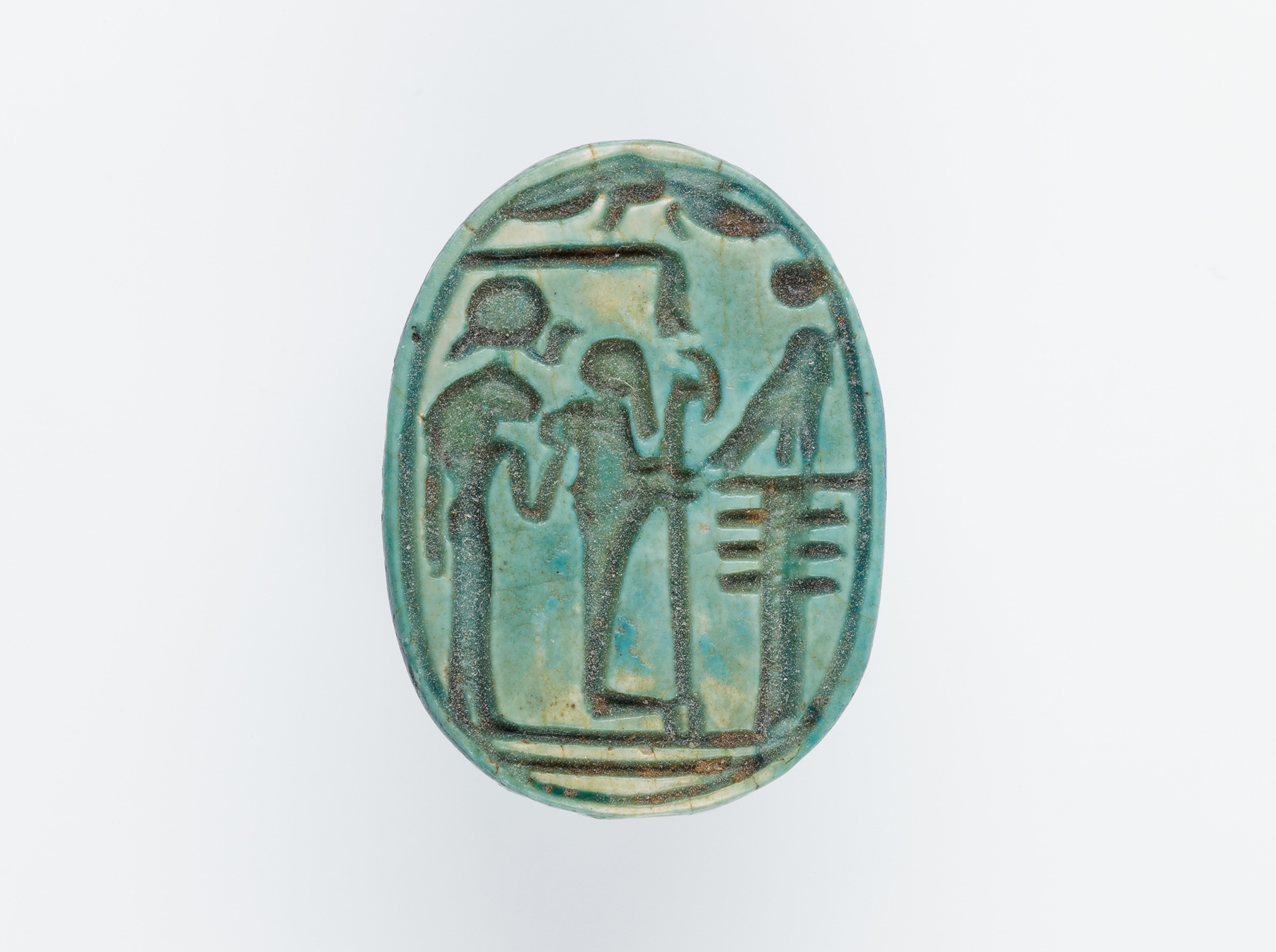 Scarab with an image of the gods Ptah and Sakhmet, Egypt, c. 1295 bc. The Metropolitan Museum of Art, purchase, Edward S. Harkness gift, 1926.

• “Progressive reformers of the late nineteenth century and early twentieth century…took aim at police corruption but often saw nothing wrong with encouraging officers to use their nightsticks liberally against criminals and reprobates. Newspapers praised ‘beneficial clubbing’ by the police. Many reformers linked police corruption with toleration of vice; they wanted the police to get tough with lawbreakers.” (TheAtlantic.com)

• “Before He Wrote a Thesaurus, Roget Had to Escape Napoleon’s Dragnet.” (Smithsonianmag.com)

• On the history of Egyptians’ ownership of their past. (The New York Review of Books)

• “The surge in violence against Asian Americans is a reminder that America’s present reality reflects its exclusionary past. That reminder turns the work of making legible a history that has long been overlooked into a search for a more inclusive future.” (NewYorker.com)

• The story of one of the world’s longest-running experiments. (New York Times)

• “Stone walls from the Edo Castle thought to date back about four hundred years, the oldest still existing from the structure, have been discovered at the renovation site of a museum at the Imperial Palace.” (Mainichi)

• A guide to medieval vaults. (Medievalists.net)

• “The gruesome program of white elite social domination that mainstream demagogues such as Tucker Carlson can only hint at was the explicit calling card of the eugenics movement, which at the height of its influence in the 1920s got sterilization programs targeting criminals, the mentally ill, and nonwhite minorities passed in more than thirty state legislatures.” (The New Republic)