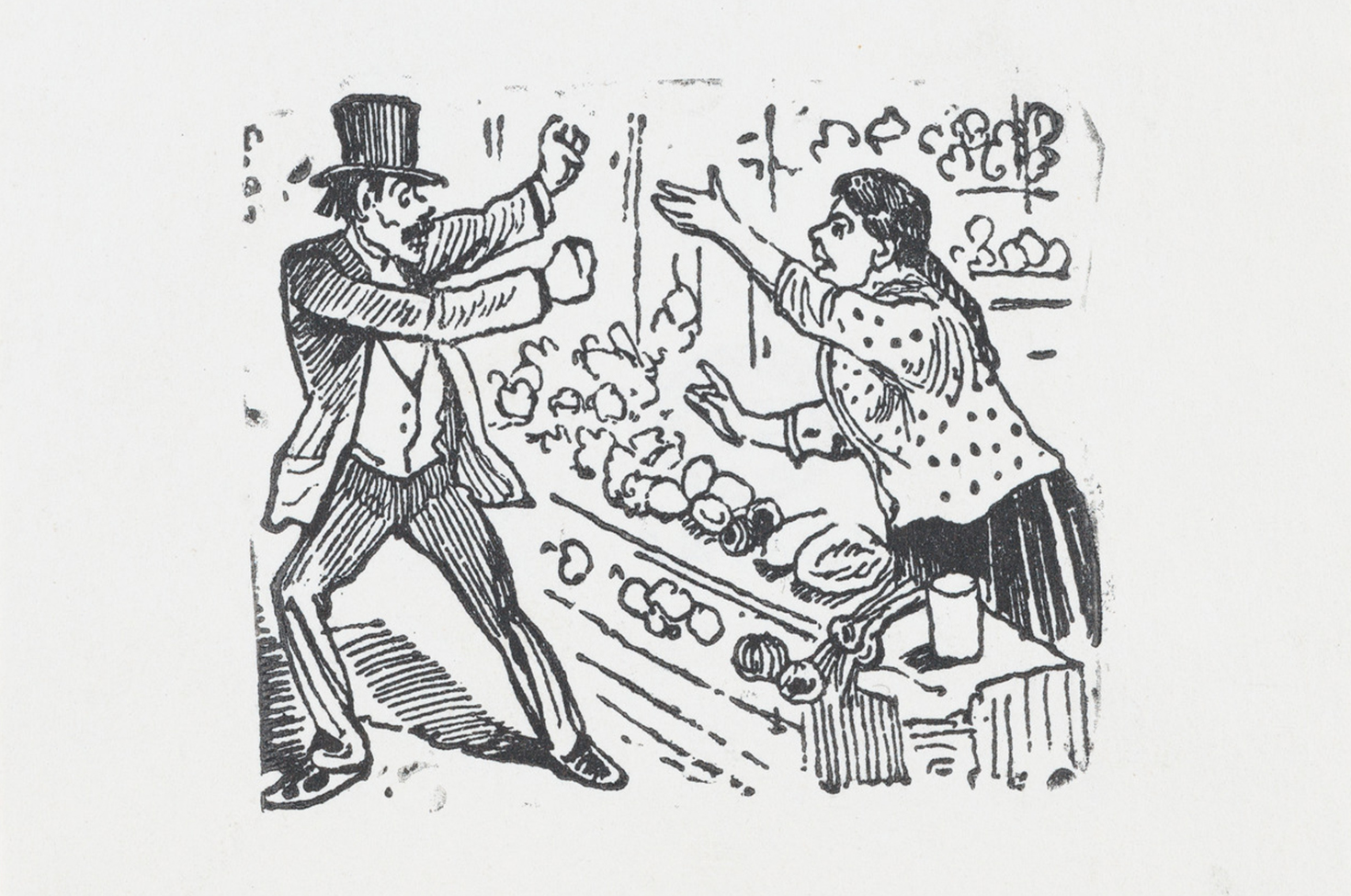 A Woman Yelling at a Man with His Arms Raised, by José Guadalupe Posada, c. 1880–1910. The Metropolitan Museum of Art, Gift of Roberto Berdecio, 1960.

• On Walt Whitman Speaks: His Final Thoughts on Life, Writing, Spirituality, and the Promise of America. (The New York Review of Books)

• The “magic healers” of Soviet TV at the end of the Cold War. (The Baffler)

• The grim future of the world—and the profits that the Pinkertons seen in its possibilities: “The best outcome for these new data-driven Pinkertons is that this century lapses into the kind of lawlessness and disorder that makes it look more like the nineteenth—which many scientists and economists think it could.” (The New York Times Magazine)

• Henry Louis Gates Jr. on Reconstruction: “Few American historical periods are more relevant to understanding our contemporary racial politics. Think of the fundamental questions that the study of [Reconstruction] forces us to consider: Who is entitled to citizenship? Who should have the right to vote? What is the government’s responsibility in dealing with terrorism? What is the relationship between political and economic democracy?” (Literary Hub)

• On stories about lost children in Australia: “In 1876 the novelist Marcus Clarke described a particular theme in Australian letters as ‘weird melancholy.’ This is what we now call Australian Gothic. The Gothic sensibility was imported from Europe in the nineteenth century, but in the antipodes it developed its own local characteristics: instead of attaching to haunted houses or ruined castles, the Australian brand located itself precisely in the country’s lack of visible ruins. It is the landscape that is backward in Australia—trees shed their bark instead of their leaves; swans are black; Christmas comes in the summertime.” (The Believer)

• Executing criminal animals—in the fourteenth and fifteenth centuries, it was a thing. (Medievalists.net)

• “In ancient Rome, fast-food parlors served the poor who could not afford to install kitchens at their homes. Menus typically included coarse bread with salty fish, baked cheese, lentils, and mulled spiced wine. Visitors to these shops were mocked and scorned by the elites.” (Hyperallergic)

• A five-hundred-year-old book catalogue has been found in Copenhagen. (The Guardian)

• On people yelling about history while performing “Buckle Up Twitter.” (The Outline)