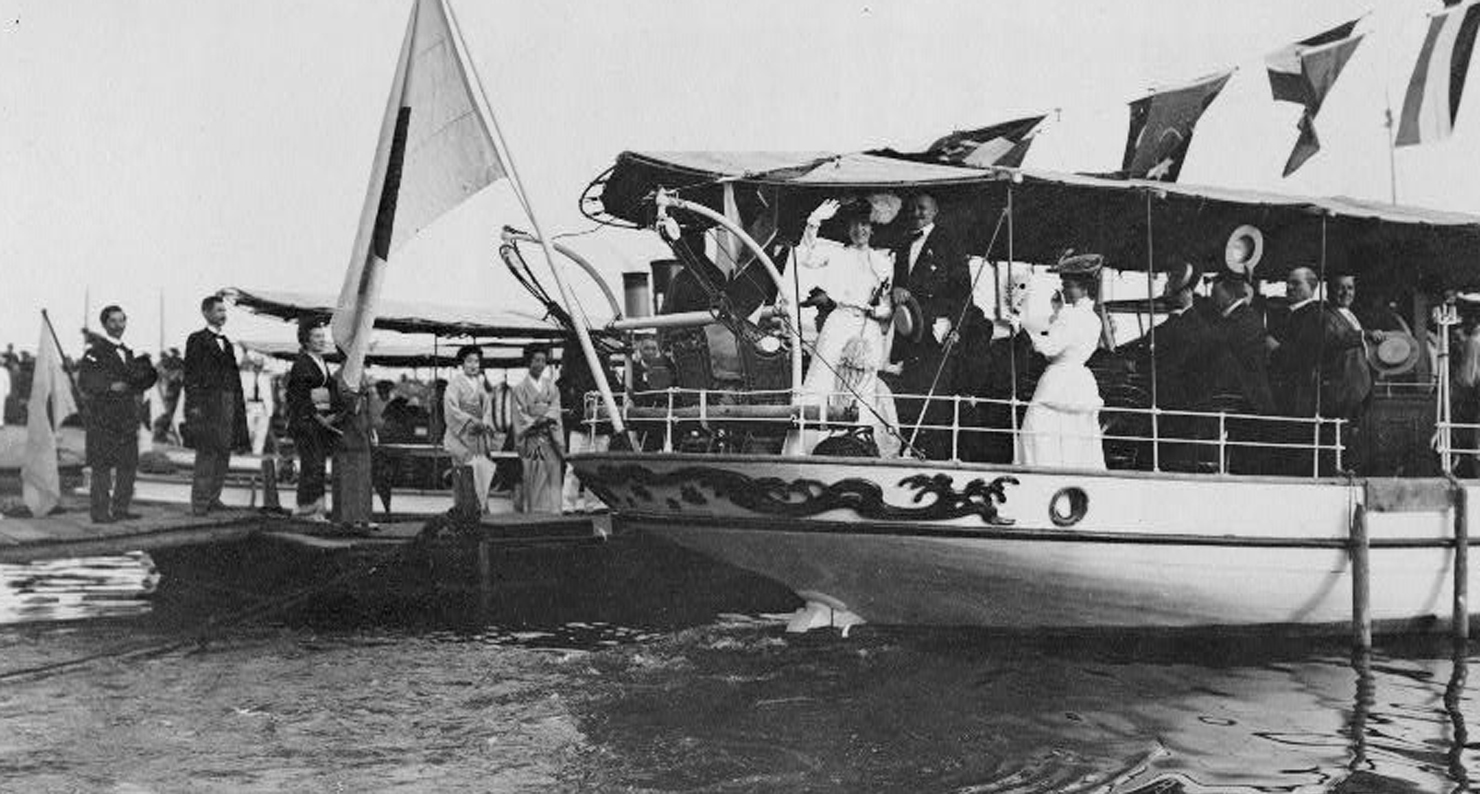 Alice Roosevelt waving "goodbye" at Kobe, on the way to Manchuria, c. 1905. Library of Congress.

• “It's easy to forget, here in the jaded 21st century, that premodern generations could reach beyond fanciful folklore for explanations of the observable universe. In this case, the popular myth was never a story believed so much as one that was indulged — and even that much was done at one's peril.” The moon isn’t made of cheese—but no one ever really thought it was. (Eater)

• A Kentucky town rallies around a mid-century Modern bank. (Curbed)

• “On October 16, 1650, the Massachusetts Bay General Court took notice of the book, describing it as ‘containing many errors & heresies generally condemned by all orthodox writers that we have met with’ and ordering ‘the said book to be burned in the market place, in Boston, by the common executioner. Pynchon was forced to issue a retraction.’” The literary legacy of the Pynchon family. (The Begats)

• “What is striking about porcelain, however, is that while it appears to be the acme of artistry, it is, by and large, the result of relentlessly standardised piecemeal work.” Edmund de Waal’s journey to the center of the porcelain industry. (New Statesman)

• “Education, then, becomes a process that cares nothing for the student’s “individual personality,” as Nietzsche puts it in satirical scare quotes. Such so-called freedom is actually nothing but anarchy and barbarism. He piles it on—‘Oh happy age, when the young are wise and educated enough to teach themselves how to walk!’” Nietzsche versus the modern school system. (Paris Review Daily)