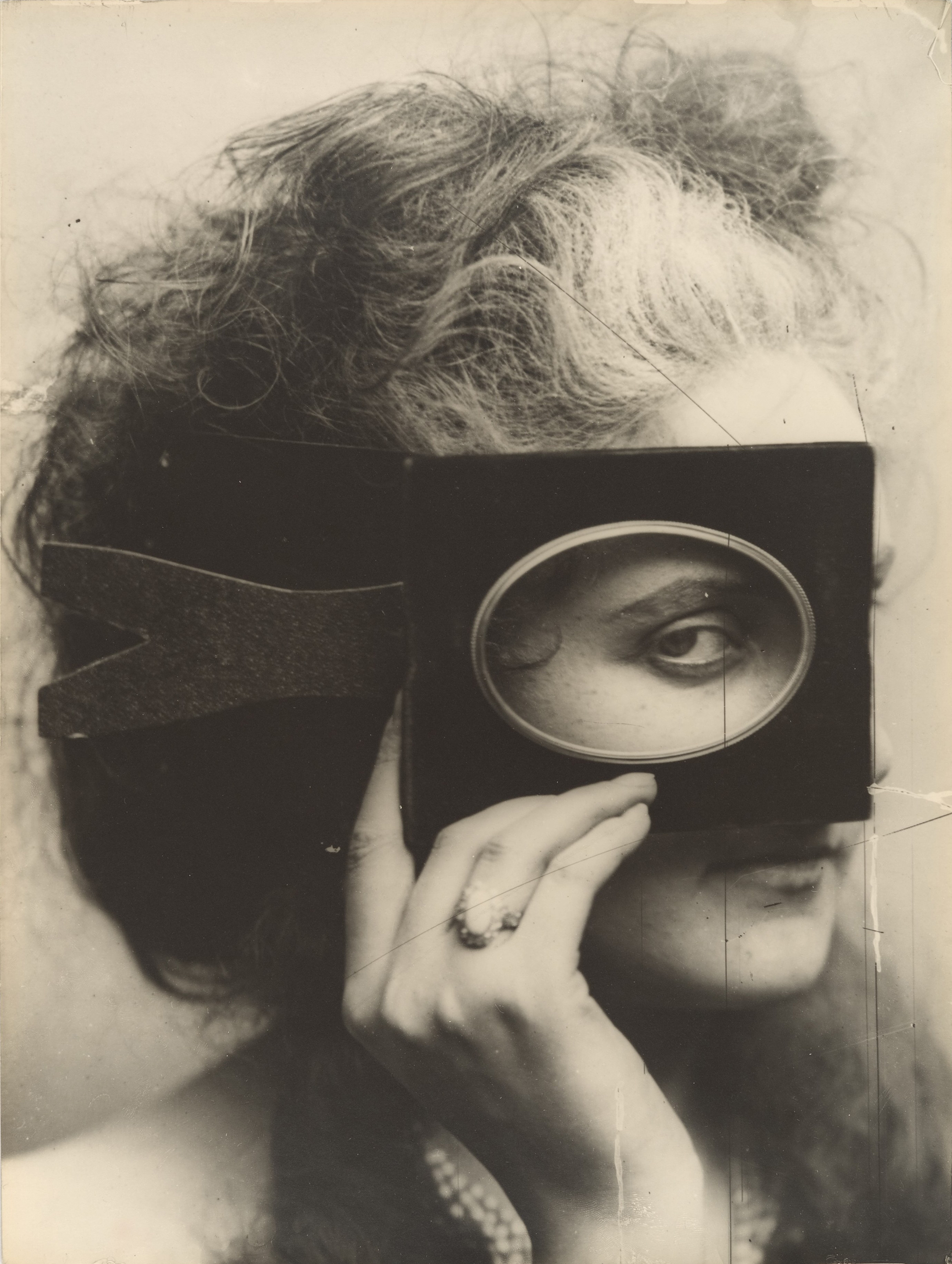 bespoke: Of goods, ordered to be made, as opposed to ready-made. Usage originated on London’s Savile Row. After customers chose a bolt of cloth from which they wanted to have a suit made, the fabric was said to “be spoken for.”

bombast: The soft down of cotton plant; cotton wool. Also, inflated or turgid language. Erroneously supposed to have originated from the name of the alchemist Paracelsus (P.A.T. Bombastus von Hohenheim, 1493–1541).

Canadian tuxedo: A denim jacket and jeans. Not used in Canada.

chic: Artistic skill and dexterity; excellence of style. According to Alexandre Privat d’Anglemont, the word derives from Bal Chicard, a 19th cent. Parisian dance club. Also said to derive from German schick, for tact, skill; or as abbreviation of chicane, to trick or deceive.

coat-wearers: What Pocahontas’ tribe called the English. Also, otasantasuwak, the Powhatan word for “the ones who wear trousers.”

codpiece: A piece of cloth used to cover the crotch between two legs of men’s hose once doublets had shrunk above the waist by late 15th cent. Initially plain, by 16th cent. they became fashion items of excess, conspicuous and ornamented bags appended to the front of close-fitting hose. From cod, the integument enveloping the testicles; scrotum.

crinoline: A skirt with steel or whalebone springs that form a cage or hoop.

dhoti: Indian dress for men; a length of unstitched cloth wrapped around waist, passed between thighs, and tucked into waistband.

fashion: “This term is generally used for every invention and all customs introduced into society by man’s fancy.”—Denis Diderot

felt: A kind of cloth made of fur or wool fibers matted by compression; it probably predates woven fabrics.

fop: “A simpleton; a coxcomb; a man of small understanding and much ostentation; a pretender; a man fond of show, dress, and flutter; an impertinent.”—Samuel Johnson, Dictionary

khadi: Cotton cloth spun on a wheel called a charkha. Mahatma Gandhi promoted its production across India as a way to free his country from its dependence on British manufactured textiles.

manteau: A loose one-piece gown (c. 1670); a trained skirt swept up and draped behind the wearer. Also mantua.

miniver: Fur of the winter coat of the red squirrel (Sciurus vulgaris), especially popular in ceremonial costumes for nobility during the 13th cent.

mufti: Plain or civilian clothes worn (in military contexts by permission only) by a person who normally wears a uniform; derived from Arabic for “Islamic scholar.”

pink: A technique in which a sharp chisel is used to slice through fabric, creating a slash; a popular fashion in early 16th cent. Predates name of the color.

redingote: An outer garment for men and a coat dress for women modeled on a man’s greatcoat, esp. popular during 1780s. From French modification of English riding coat (1793).

serge: A woolen fabric. Before 16th cent., a material for hangings and bedcovers; later, garments for poorer classes. Now, durable twilled cloth used for clothing. Serge must have originally been silk, though no evidence for this exists in early English usage. Old French serge, sarge. Denim derives from serge de Nimes (1695), referring to the French city.

serikos: Greek for silky, or anything of silk; also means Chinese.

sneakers: Shoes with canvas tops and India rubber soles (1883); a soft-soled, noiseless slipper or shoe. George Ade (1900): “His job on this earth was to put on a pair of pneumatic sneakers every morning and go out and investigate other people’s affairs.” 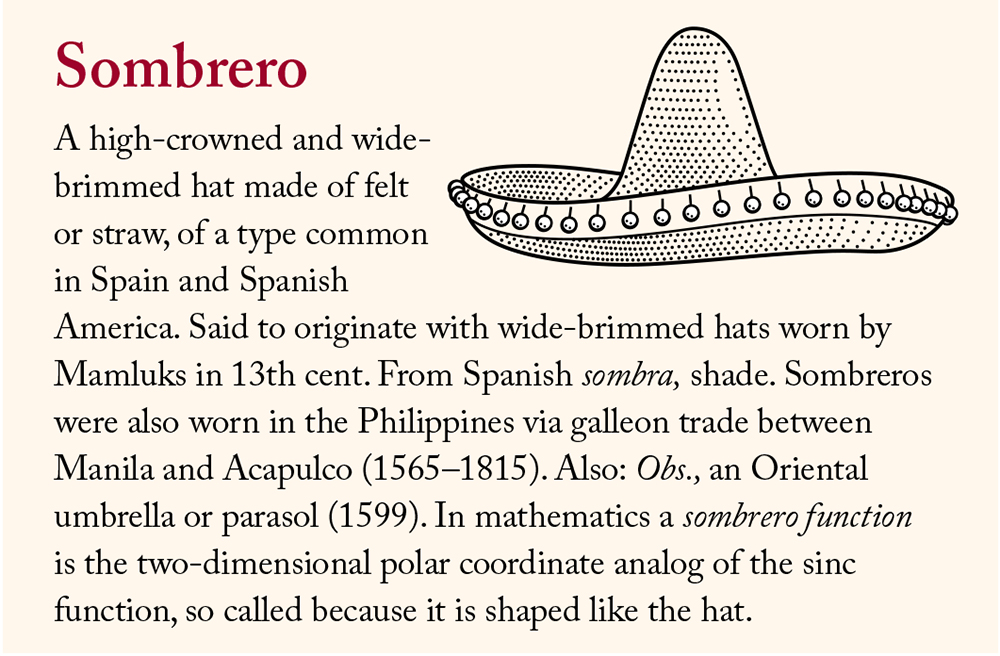 sombrero: A high-crowned and wide-brimmed hat made of felt or straw, of a type common in Spain and Spanish America. Said to originate with wide-brimmed hats worn by Mamluks in 13th cent. From Spanish sombra, shade. Sombreros were also worn in the Philippines via galleon trade between Manila and Acapulco (1565–1815). Also: Obs., an Oriental umbrella or parasol (1599). In mathematics a sombrero function is the two-dimensional polar coordinate analog of the sinc function, so called because it is shaped like the hat.

subligaculum: Roman underpants made of leather or linen, worn as a pair of shorts or as a loincloth wrapped around lower body.

turban: A man’s headdress, consisting of cotton or silk wrapped around the head, worn esp. by Sikhs and Muslims. Altered form of Persian dulbănd or dōlbănd. Tulipant and turbant were the most typical English forms in 17th cent. Tulip goes back to the same word.