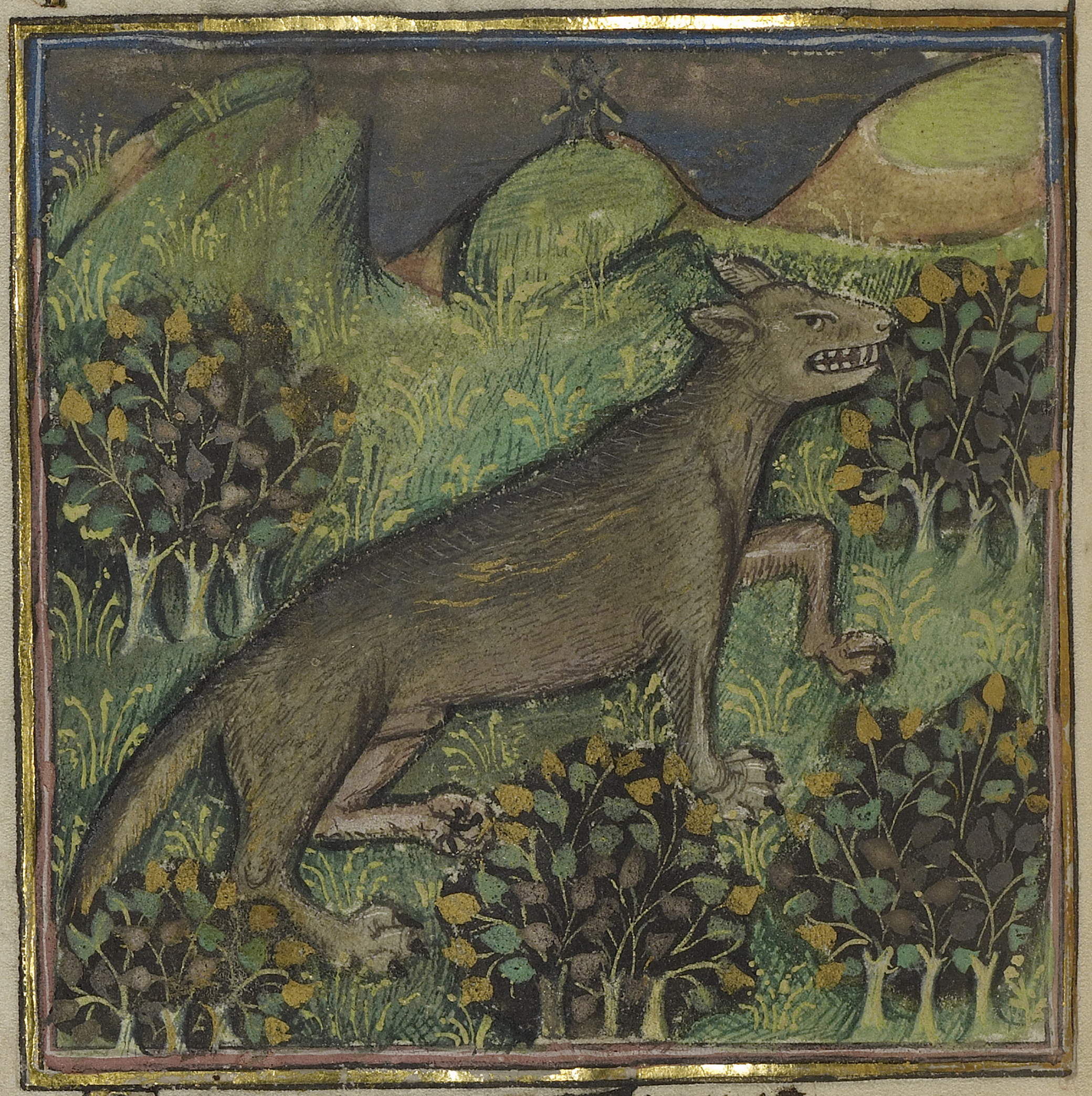 There is in fact quite a lot of ancient evidence for the subject of werewolves, but, it must be conceded, at first glance the ancient world has bequeathed us only one really good, corking story about them, and Petronius supplies it in the “Cena Trimalchionis” section of his comic Latin novel of circa 66, the Satyricon. The tale in question is one of a pair of what might be termed “campfire horror stories” exchanged at a tastelessly extravagant dinner party thrown by Trimalchio for his fellow nouveau-riche Campanian freedmen, and it is told by Niceros. Niceros proceeds as follows:

When I was still a slave, we lived in a narrow street. The house is now Gravilla’s. There, by the will of the gods, I fell in love with the wife of Terentius the innkeeper. You knew Melissa of Tarentum, that gorgeous creature. But, by Hercules, I didn’t love her just for her body or for sexual reasons, but because she had such a nice personality. If I asked her for anything, I was never refused. If she made tuppence, she gave me a penny. She kept my money for me, and never cheated me. Her husband met his end one day out on the estate. I did everything I could to get to her. It’s in times of need that you realize who your friends are. By chance the master had set off on his way to Capua to deal with some odds and ends. I seized the opportunity and persuaded our guest to come with me to the fifth milestone. He was a soldier, as brave as Orcus.

We shifted our butts just before cockcrow. The moon was shining like the midday sun. We arrived among the tombs. My man went for a pee against a gravestone. I held back, singing and counting the stones. Then, when I looked back at my companion, he had taken all his clothes off and laid them beside the road. I almost died of fright, and I stood there like a dead man. He peed a circle around his clothes and suddenly became a wolf. Don’t think I’m joking. No one’s inheritance is worth so much to me as to make me lie. But, as I’d begun to say, after he had become a wolf, he began to howl and ran into the woods. At first I didn’t know where I was, but then I went to his clothes to pick them up. They had turned to stone. Whoever died with fright, if I didn’t then? But I drew my sword and hacked at the shades, until I arrived at my girlfriend’s house. I was like a ghost when I got in, and almost bubbling out my final breath. My groin was awash with sweat, my eyes were dead, and I have barely recovered from the experience even now. Melissa expressed amazement that I’d walked there so late and said, “If you’d come earlier, at least you could have helped us. For a wolf got into the estate and among the flocks. He was draining the blood out of them like a butcher. But even if he got away, the last laugh was ours, for our slave managed to get a spear through his neck.” When I heard this, I could not even think of sleep, but when it was fully light I ran off home like the robbed innkeeper.

When I came to the place where the clothes had turned to stone, I found nothing but blood. But when I arrived home, my soldier was lying on his bed like an ox, and a doctor was attending to his neck. I realized that he was a skin-changer/werewolf [versipellis], and I could not thereafter bring myself to taste bread with him, not even if you had forced me on pain of death. Others can make up their own mind about this, but if I’m lying, may your guardian spirits exercise their wrath upon me.

It could be said that the ancient world did not have a proper term for werewolf, or at any rate an exclusive one. Greek texts employ no special term for the phenomenon but merely speak of people—always men, in fact—turning into a wolf (lykos). Only in the second century did the medical poet Marcellus Sidetes develop the term lykanthrōpos, “lycanthrope,” together with its corresponding abstract, lykanthrōpia, “lycanthropy,” to describe what we would today consider to be a variety of mental illness. Thereafter these terms remained almost wholly confined to the narrow medical tradition that recycled Marcellus’ original work.

Pliny, writing before 79, introduces his words on the rites and myths of the Lykaia, to which werewolfism is central, in the following terms:

We should be confident in the belief that it is untrue that men are turned into wolves and restored again to their own form. Otherwise, we should believe everything that we have learned to be fabulous over all these centuries. All the same, we will indicate the origin of the popular superstition that skin-shifters/werewolves [versipelles] are among those subject to a curse.

In his c. 190 bc Amphitruo, Plautus describes Zeus as versipellis/vorsipellis as he changes his form into that of Amphitryon, in order to sleep with the latter’s wife, Alcmene, and sire Heracles. In his later second-century Metamorphoses Apuleius applies the term to the witches of Thessaly that change themselves into the forms of different animals, specifically birds, dogs, mice, flies, or, as the unfolding narrative reveals, weasels. In his c. 300 Against the Pagans Arnobius applies versipellis as an epithet to Circe. While it could be intended here merely in the degraded sense of “deceitful,” it is strongly tempting to read the term as making allusion to her transformations of men into animals. It could be that the term is therefore used to signify “a changer of the skins of others,” but it is also possible that Arnobius infers that Circe must have had the ability to change her own form too.

From The Werewolf in the Ancient World by Daniel Ogden. Copyright © 2021 by Daniel Ogden and published by Oxford University Press. All rights reserved. Daniel Ogden is a professor of ancient history at the University of Exeter, and previously taught at Hobart and William Smith Colleges, the University of Oxford, and University College, Swansea. He has published widely on ancient Greek myth, religion, and magic, as well as traditional narratives, reproduction and sexuality, and Alexander the Great and the Hellenistic dynasties, and is the author of The Werewolf in the Ancient World.