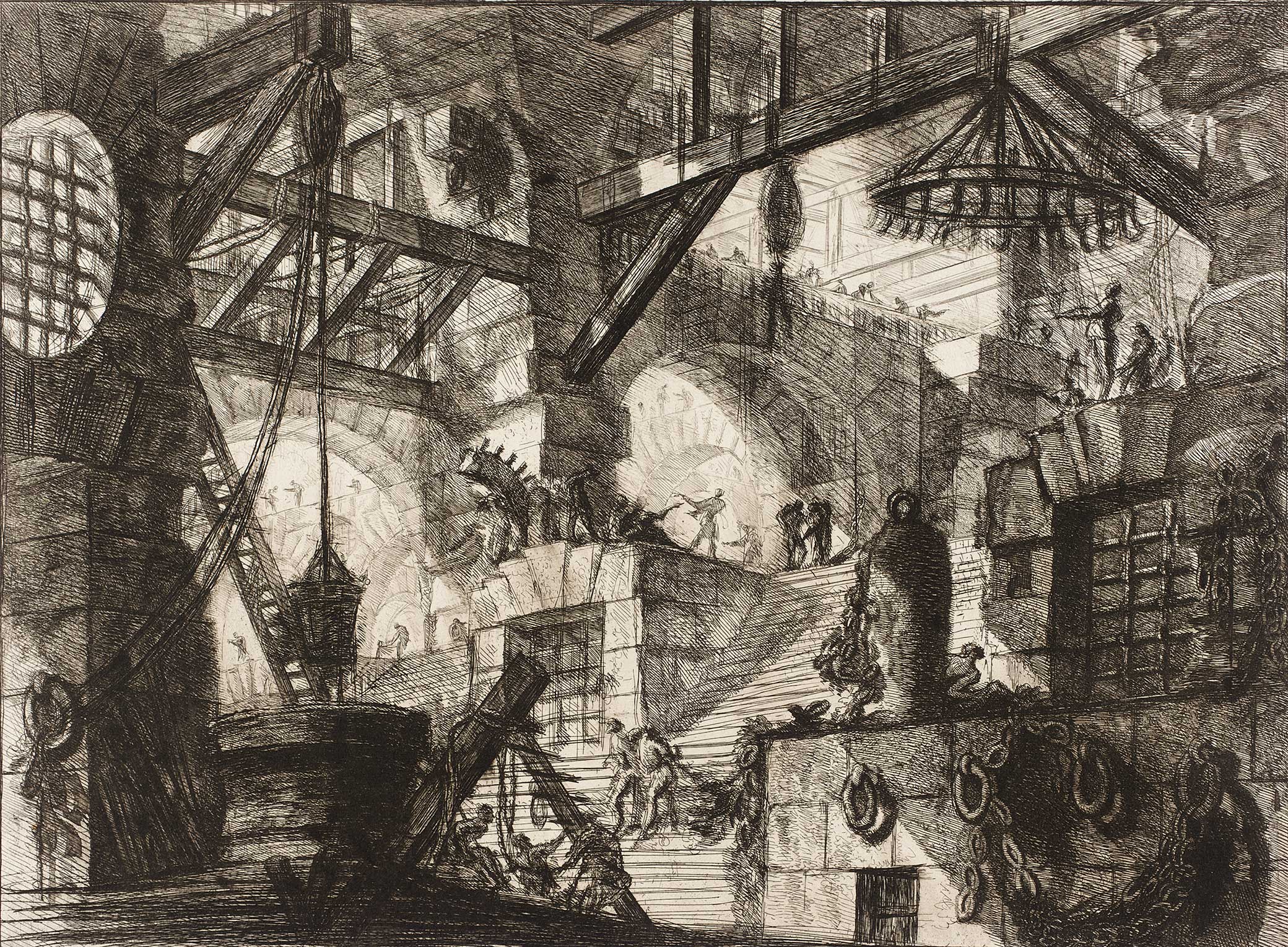 Well-poisoning accusations merit close study because they provoked violent persecution against minorities, which transformed the place of those groups within Europe. The leprosaria of France never recovered from the persecution of 1321, and neither did the Jewish population in the kingdom. The persecution of Jews in the German Empire in 1348–1350 destroyed many of their communities, which had to be completely rebuilt. Analysis of the accusations illuminates the process by which ideas influence social or political action. In France the allegations convinced officials and rulers to change course and move from defending minority groups to acting against them. The accusations were a phenomenon unique to the later Middle Ages, appearing, flourishing, and declining during a single century.

Overall, it is evident that in spring and summer 1321, the systematic persecution of lepers and Cagots was under way, mostly in southwestern France and in Aragon. Typically, lepers were arrested, investigated, and executed by local officials, and their property confiscated. While Philip V probably contributed to these events, the persecution was in motion for two months before his involvement.

Chroniclers concur that the lepers were executed specifically because they poisoned water sources. A chronicle from Tours states that it was agreed “that these lepers would put poison in fountains and wells, so that Christians who drink or otherwise consume the water would die an early death.” A chronicle from Paris adds that the lepers, “following a great deliberation in several assemblies held over a long time, created deadly poisons to be administered and given to all people not infected by their sickness, in diverse manners. It was known that they put them in wells, in fountains, in wines, in wheat, and in other things necessary for the sustenance of men and women, so that all of those who would use or drink or eat these poisons will either die or lose their mind and be infected by [the lepers’] illness.”

This is the sole account suggesting that lepers poisoned food and wine in addition to wells, yet the idea that the poison was meant to infect the healthy with leprosy was common. These two accounts were written in the North, far from the center of the persecution, but the chronicles composed close to the events tell a similar story. Bernard Gui, the senior inquisitor in Toulouse, was convinced of the lepers’ guilt: “Since the lepers were plotting against the public health, and were unhealthy in body and insane of mind, they arranged to infect the water of rivers, springs, and wells everywhere. They did so by placing in them drugs, poisons, and toxins made into powders, so healthy people, by drinking or using the water, will be infected so that they become lepers or die, or will be destroyed from the inside. In this manner, the number of lepers will increase and that of the healthy people will decline.” Accounts from Uzerche and Cahors, like Bernard, agree with the northern chroniclers: the lepers conspired to kill healthy Christians or turn them into lepers, and were therefore arrested and executed. The chronicle of Raymond Bernard de la Mote, bishop of Bazas, adds interesting details about the production of the poison: “The lepers had two casks of rotting bread over which they threw snakes and toads so they would corrupt and infect the bread. They intend to make powder of this bread to poison wells and streams so all healthy people would die or be afflicted with repulsive leprosy.” Even in this brief description, well poisoning took center stage.

The most influential account of the persecution was written by an anonymous author from Poitou who continued the chronicle of Gerard Fracheto. The narrative includes additional details, such as the procedure of well poisoning, allegedly according to a confession of a leper from Parthenay: “When [the leper] was asked about the recipe for these kinds of potions, he answered that they were made of human blood and urine, and from three herbs that he did not know or was unwilling to name. The body of Christ [a consecrated host] was also put in the potions, so it is said; and then all the ingredients were cut into pieces, until they were ground into powder. Then, after the mixture was put into small bags tied with some weight, they were thrown in wells and springs.” For a medieval audience, these elaborations were decisive: not only did one of the culprits allegedly confess his crime, he also explained the technical aspects of it. Such a confession could have been given by a suspect under torture or invented by the chronicler, who claimed to have access to evidence incriminating the lepers:

At another time, in our town Vouillé in Poitou, we saw the potions with our own eyes: a certain female leper was passing through town, and since she was afraid to be caught, threw behind her a little tied bag, which was brought to the authorities immediately. Inside the bag were found the head of a snake, the feet of a toad, and hairs like those of women, infected with some very black and stinking liquid. The bag was thrown into the fire but could not be consumed. Thus, since the experiment showed that this was a very powerful poison, and so that the Christian people would not suddenly die, the king of France ordered that the lepers be imprisoned everywhere in his kingdom.

In addition to claiming that he has personally seen the poison, the chronicler lists its ingredients and claims that it was proven by an “experiment” so convincing that it persuaded the king to arrest the lepers. These descriptions may represent evidence that was in fact used against lepers in Poitou, or they may be output of a creative writer. Notably, others in medieval France found this account reliable; three other early fourteenth-century chroniclers used it as their main source on the events of 1321. Thus, contemporary writers accepted the narrative claiming that the lepers poisoned wells.

Rumors of well poisoning stirred unrest in several areas. Toward late June, a month before the king ordered their arrest, such rumors triggered violence against Jews in the county of Anjou. The count Philip of Valois (later Philip VI) described the events in a letter sent to Pope John XXII shortly afterward. He wrote that June 26, 1321, was an ominous day; a major solar eclipse was seen in Anjou and Touraine, turning the sun red as blood. This report is corroborated by other sources and astronomical data. Philip, who apparently accepted the eclipse as an apocalyptic sign, added that thunderstorms and earthquakes struck, fire rained down from the sky, and even a dragon flew through the air and killed many with its foul breath. He stated that “the inhabitants of the land believed that the end of the world had just come.” In their panic, the people of Anjou suspected that local Jews had something to do with these ominous signs: “On the next day [June 27], in the said county [Anjou], our people began to attack Jews, because of sorcery that they performed against Christianity.” These suspicions may have been related to well-poisoning accusations, which were already widespread in the Touraine, close to Anjou.

However, Philip insists that evidence for Jewish involvement in the plot was found only when suspicious Christians “examined carefully the houses of specific Jews,” probably in search of signs of sorcery. Allegedly, in the house of a Jew named Bananias, they found a letter intended for Muslim rulers, calling on them to further support the well-poisoning plot organized by the Jews. The letter was originally written in Hebrew and carried an image of a Jew or a Muslim turning his buttocks toward a crucifix. This image and a sum of money found with the letter raised the suspicions of those who found it, and they asked two Jewish converts to interpret it. The alleged content of the letter led to the arrest of Bananias and six other Jews, who were tortured until they confessed its authenticity. Then three clerics translated the letter into Latin and produced the version sent to the pope by Philip. The result was a very peculiar document. Purportedly, the letter was intended for Amicedich, the king of thirty-one kingdoms, Zabin, the sultan of Azor, and King Jodab of Abdon and Semeren, along with all their subjects. It describes how the prophets Enoch and Elijah appeared to the Saracens and how the biblical lost ark was rediscovered on Mount Sinai. Faced with these miracles, the Saracens decided to convert to Judaism. They promised the Jews that they would give them the Holy Land if the Jews would deliver France to them in return. In response, the Jews recruited lepers to poison the wells, but the plot was only a partial success. The lepers were caught and revealed the role of the Jews in this affair; in addition, the poison was not powerful enough. Bananias asked the Saracen kings to send him more money, through the kingdom of Granada, so the Jews could make a further effort to destroy Christianity. This letter was a patent fabrication intended to justify well-poisoning accusations and persecution against Jews. The narrative suggests a clerical forgery: the names of “Muslim” kingdoms and kings are all based on biblical descriptions of Canaanite kings, with the kingdom of Granada as the only exception. In contrast, the text depicts well poisoning performed by Jews and lepers in terms similar to contemporary chronicles.

The fact that this letter was forged can illuminate the development of well-poisoning accusations against Jews in central France. According to Count Philip, in Anjou rumors about Jewish sorcery led to popular violence against Jews even before any official action was taken. The evidence for their involvement in the plot was fabricated only after their attack. The fabrication itself, however, was produced in a formal process involving officials, investigators, and translators. Finally, the count sent it to the pope himself, and it was presented to the cardinals at the curia. This process transformed improbable rumors into seemingly solid facts, backed by evidence from different sources and accepted by political and religious leaders. As was the case with the alleged confession from Parthenay, nobles and officials played a major role in this transformation.

The sources show that lords and royal officials in central France were eager to support anti-Jewish accusations. They accepted rumors and popular allegations as truth, even fabricating evidence to convict Jews. They ensured that the king would acknowledge the accusations and eventually justify the violence against Jews. In Aragon, Jews and Muslims were marginalized, and rumors of their involvement in the plot reached the king. While some officials accepted the accusations, most acted to protect these minorities, and Jaime II successfully circumscribed the violence. In contrast, Philip V avoided dealing with the crisis until forced to do so by his nobles, who then won the right to investigate the Jews. The Jewish return to France in 1315 was based on a temporary agreement that included strict limitations on their social, economic, and religious life. Still, their presence provoked complaints from local leaders and aroused popular violence. The king rejected these complaints and punished the attackers until summer 1321. However, after he acknowledged the lepers’ plot and was presented with “evidence” of Jewish involvement, he had to concede. He ordered his officials to investigate and punish the Jews and retrospectively justified the actions already taken against them. Henceforth, lords and officials were free to arrest, investigate, and execute Jews and also to confiscate their property. A few months later and for the second time in two decades, France was emptied of its Jews. 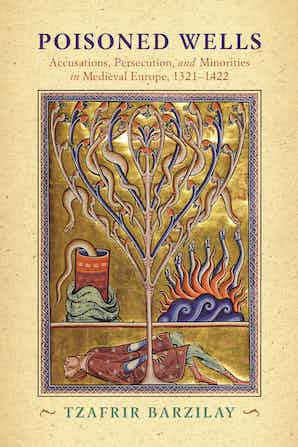 Tzafrir Barzilay has taught at the Hebrew University, Bar Ilan University, and Ben Gurion University of the Negev, where he has been a fellow in the Kreitman School of Advanced Studies. He is the author of Poisoned Wells: Accusations, Persecution, and Minorities in Medieval Europe, 1321–1422.