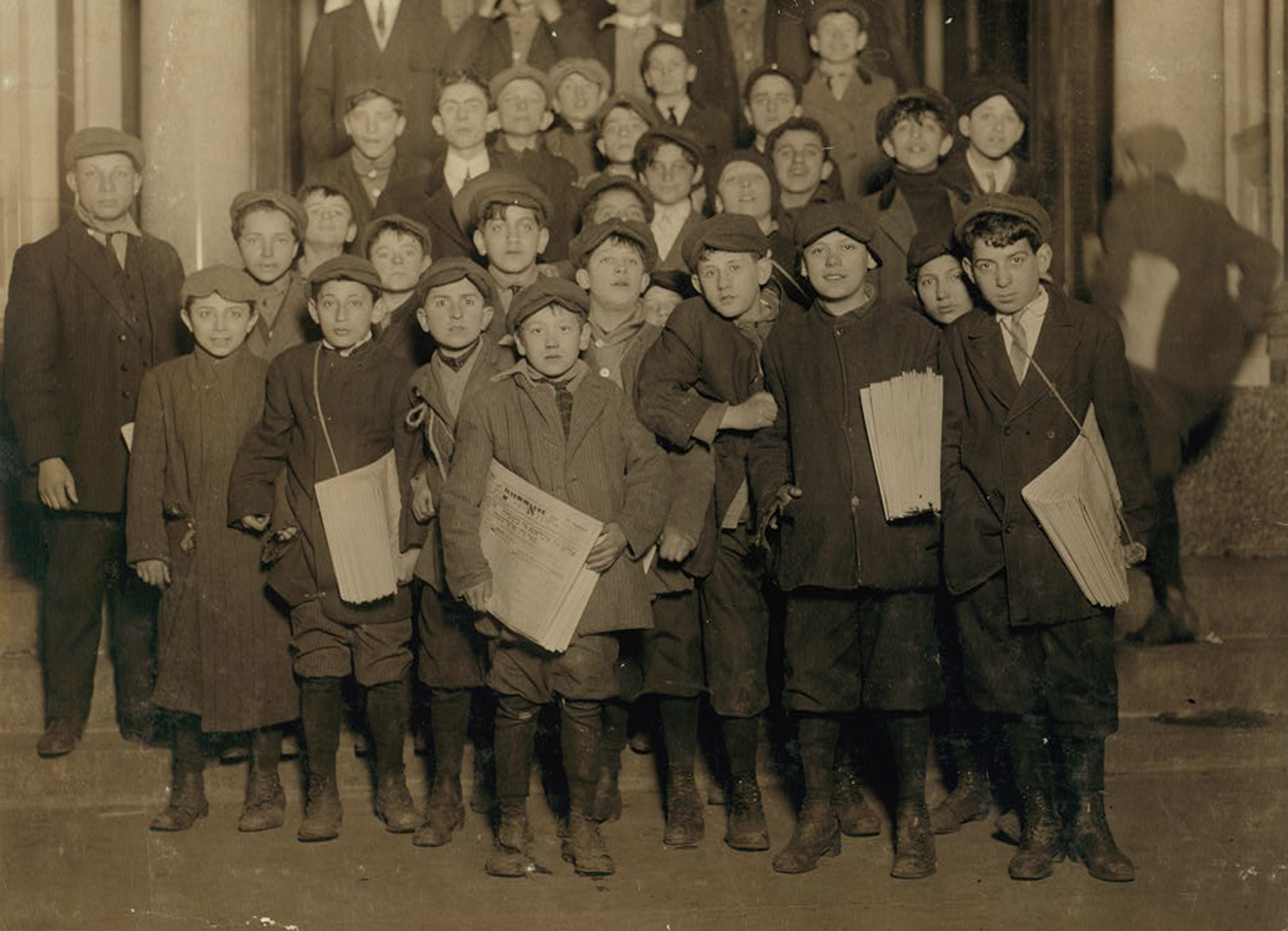 Waiting for the “Forwards”, 1913. Photograph by Lewis Wickes Hine. Library of Congress, Prints and Photographs Division.

“I have a grievous wound in my heart,” a woman from the Lower East Side wrote the Jewish Daily Forward in 1906, “and maybe through the ‘Bintel Brief’ I will find relief.” Like many of the queries posed to editor Abraham Cahan for the Bintel Brief—Yiddish for “a bundle of letters”—her problem was likely too enormous for one person to solve. The paper’s advice column received countless letters from people in impossible circumstances, who wrote of their unemployment, chronic homesickness, loneliness, tuberculosis, and poverty. But the advice wasn’t the point, at least not initially. The point was providing a public soapbox from which one was free to complain, a place where Jewish immigrants could proclaim that their living and working conditions were exploitative and cruel and not a life that anyone, even a political refugee, should accept. “People often need the opportunity to pour out their heavy-laden hearts. Among our immigrant masses, this need is very marked,” Cahan later wrote in his memoir.

Between 1881 and 1925, more than 2.5 million Jews immigrated to America from Eastern Europe. Many of them moved into tenement houses on Manhattan’s Lower East Side, buildings that had no heat or ventilation and were packed so close together that residents lived in the darkness of their neighbors’ shadows. They took jobs in garment factories where they worked twelve-hour days and earned a few dollars a week.

It was there that union advocates founded the Jewish Daily Forward, a neighborhood paper with the goal of sharing news from the diaspora and urging sweatshop workers to organize. Cahan decided that workers needed to vent before they took political action, as well as assurance that their pain was valid and their misery earned before they sought relief. So, in 1906, he started an advice column.

“Allow me to unburden my heart,” begins one letter from 1906. The letter writer was a mother of seven, whose husband had died of tuberculosis. “I placed four children in an orphanage. I am now left with three, but I cannot earn a living.” Other letters from this time begin in similar ways: “I hope that you will give me the opportunity to tell the world about my sufferings”; “Have pity on a suffering woman and advise me”; “I, too, want to take advantage of this opportunity to tell about my troubles.” This last letter came from a man whose wife was bedridden, unable to speak or move. He had been fired for missing too many days taking care of her. One night, he’d grown so hopeless, he turned on the gas valve in their bedroom and lay down beside his wife, waiting to die. Suddenly his wife awoke, shouting, “Water! Water!” He got up, turned off the gas, and brought her milk. At the time he wrote the letter, his wife was getting healthier every day, and he asked the Bintel Brief if he should tell her about the night he nearly killed the both of them. The editors said it was better that she never knew.

“This secret may be withheld from his beloved wife, since it’s clear he keeps it from her out of love,” they wrote. 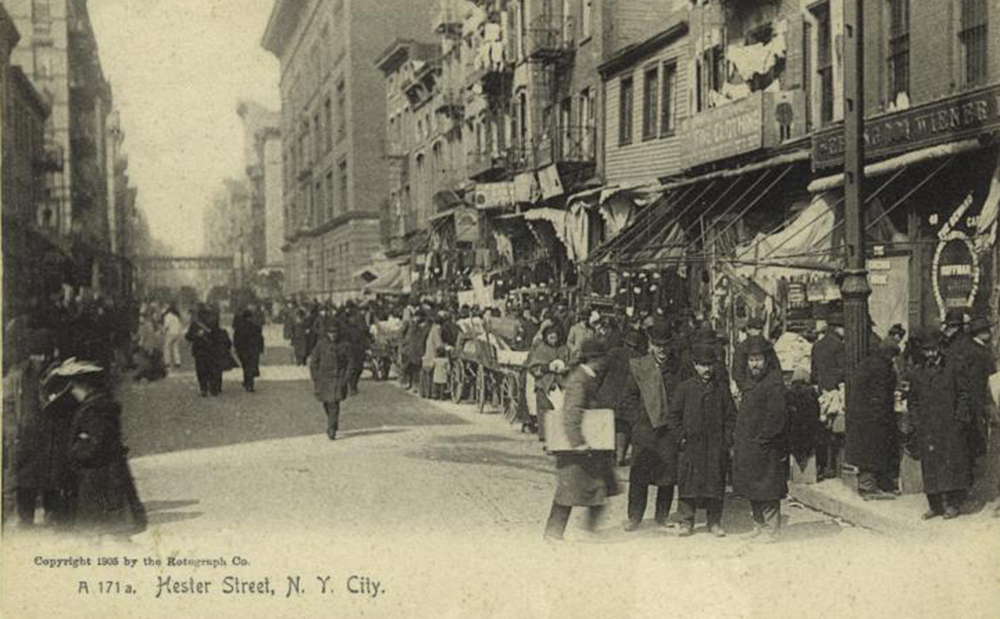 Writing Bintel Brief letters became a local cottage industry; ghostwriters charged twenty-five to fifty cents to those who had sob stories to share but were unable to write them. Others walked into the Forward’s office and dictated their letter to an editor. The letter writers weren’t simply seeking an audience. The Bintel Brief, as it grew in popularity, was known to get results.

The column was a powerful megaphone, connecting Jewish immigrants from different parts of the country. Sometimes the paper would take a collection for a reader in particularly rough straits. The Bintel Brief could help locate a long-lost relative or publicly shame a wandering husband. There were dozens, if not hundreds, of stories of husbands deserting their families—of men heading west to find freedom and open air. “Worthy Editor, Have pity on me and my two small children and print my letter in the Forward,” begins one letter from 1908. “Max! The children and I now say farewell to you. You left us in such a terrible state. You had no compassion for us.” The writer had two children to raise on her own and no way to support them. At the end of her letter, she announces that they’re returning to Russia, to be among her family, and gives their address there. The letter is signed, “Your Deserted Wife and Children.”

There were so many letters like this that the Forward started a new column, “The Gallery of Missing Husbands,” where they printed mug shots of these men—like milk cartons for philanderers. Sometimes the men would be spotted in Colorado or California or Chicago by someone who saw their photo and they would be shamed into returning home.

Another genre of letters from the early years of the Bintel Brief came from people who had just arrived to America, known locally as “greenhorns.” They wrote with straightforward questions about etiquette and safety: Would they be safer if they shaved their beards? How much money should a young man send to his elderly parents in Europe? The Forward’s allegiances were to the old world; the column discouraged readers from abandoning their traditions or faith. They told readers not to shave their beards and to send as much money home as they could afford. 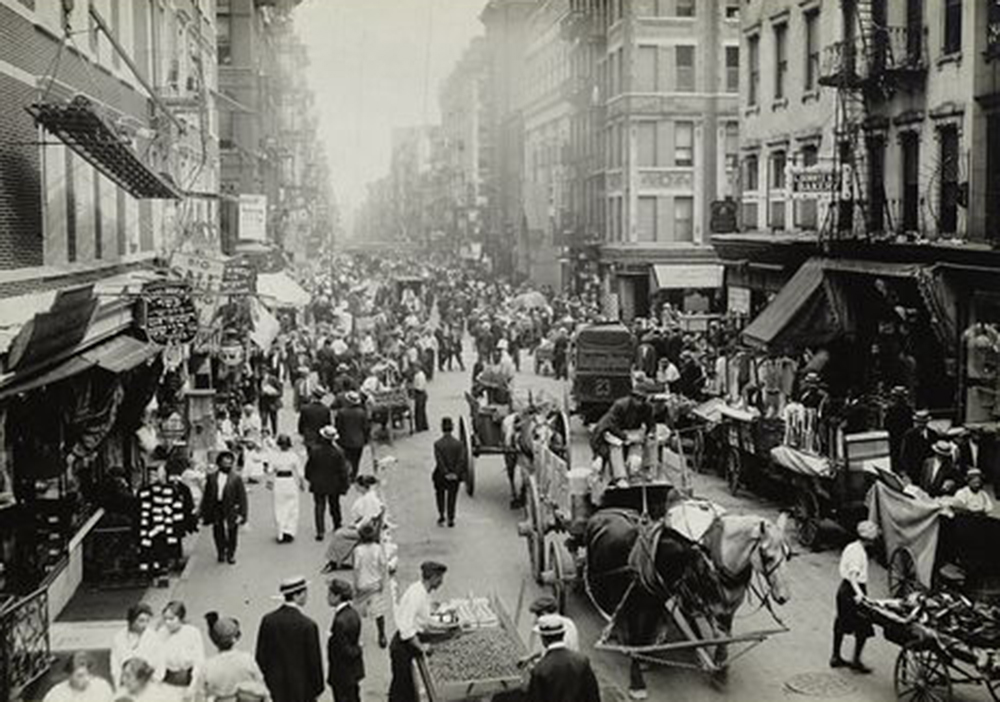 But there were times when the editors told readers to dispense with their old superstitions, as with this rather ridiculous letter from 1908:

Worthy editor, I recently met a wonderful girl. She has a flaw however: a dimple in her chin. I’m told that people who have such a dimple quickly lose their spouses. I love her very much, but I’m afraid to marry her, lest I die because of that dimple.

The editors replied that dimples were nothing to fear: “The tragedy is not that the girl has a dimple, but that some people have a screw loose in their heads.”

On the afternoon of March 25, 1911, a fire started in one of the crowded workrooms of the Triangle Shirtwaist Company, a manufacturer of women’s blouses located on the eighth, ninth, and tenth floors of a building in Greenwich Village. There wasn’t a working fire alarm, so few people knew when the fire had started. As the flames spread, people tried to evacuate but found that there were few ways out. The fire escape collapsed. The main doors to the building were locked—the foreman who held the key and who checked everyone’s pockets and purses for stolen scraps of fabric every afternoon had escaped right away. The fire department arrived, but their ladders reached only the sixth floor.

Nearly 150 people died that day, many of them Jewish immigrants. The tragedy galvanized trade unions; their members demanded better pay, safer working conditions, and more humane hours. Between 1911 and 1913, New York passed more than thirty new labor regulations that prohibited night work, improved wages, and strengthened safety and sanitation requirements. These reforms didn’t fix all the problems plaguing readers of the Bintel Brief. But they helped.

The column remained a daily feature of the paper through the 1960s, but the tone shifts in the letters published after 1913: they’re not as dire. Rather, readers seek practical advice about navigating generational differences, interfaith marriages, and finding a Jewish community outside New York City. “Here it’s impossible to marry off a girl because there are no Jews, only Gentiles,” wrote a concerned father, writing from a small town in 1926. “Our daughters are fine girls. They are always in the store and behave decently. The question is, however, how will it end? We beg you to advise us.” The Bintel Brief sympathized with the father. “Many Jewish families that are in the same position leave the small towns for the sake of their children,” they wrote, though they did not instruct him to do the same. “In such circumstances, it is better not to rely on the advice of others, but on themselves.” 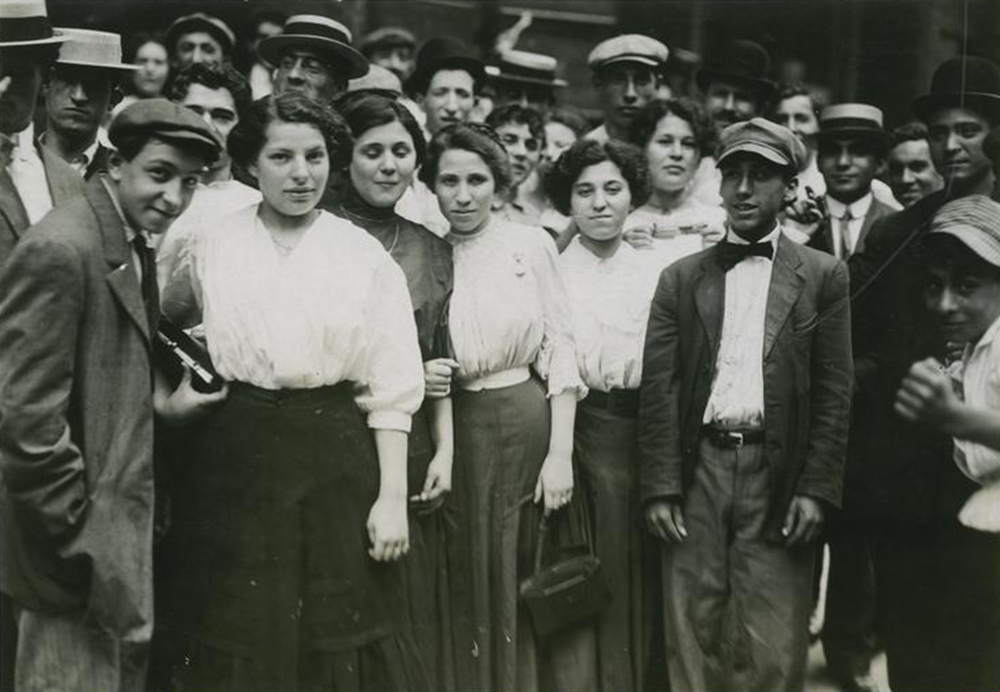 The Bintel Brief, unlike other advice columnists, rarely gave precise orders, functioning instead like a village elder who’d seen it all. It shared stories of families in similar predicaments, pointing out social patterns. It never, for instance, advised against interfaith marriage but offered generalized, passive-aggressive warnings on how frequently such marriages failed.

In some mixed marriages, the differences between man and wife create unhappiness. Therefore, we cannot take it upon ourselves to advise this young man regarding this marriage. He must decide for himself.

But certain situations called for a firm answer. The Forward editors were opposed to lying, vanity, and any shows of superiority or elitism. It was, after all, a socialist paper. In 1920 one woman wrote about attending a dinner party where the servant helped with the meal and then ate in another room.

I took the liberty of telling my friend that she ought to ask the woman in to eat with us in the dinning room, because it wasn’t right for her to sit alone in the kitchen. Then my friend answered me that it has to be this way, that the woman who works for them must eat separately.

They couldn’t reach an agreement, so she asked the Bintel Brief to weigh in. “We are in agreement with the writer and not with her friend,” they replied. “Progressive people should not discriminate between the servant and members of the family.”

The column had precise instructions when someone complained about being mistreated at work, manipulated by their landlord, or bullied by an anti-Semitic neighbor. In these cases, Forward editors recommended writing to the Hebrew Immigrant Aid Society or reaching out to a trade union. There were organizations and institutions that could help them now, other avenues beside the Bintel Brief that offered relief. And in the succeeding decades, as European Jews became more integrated into American life, there were other places Forward readers could turn to for advice. By the 1960s, when the Bintel Brief stopped printing, Ann Landers and Abigail Van Buren, twin sisters of European Jewish descent, were the most popular advice columnists in America. They offered advice on marriage, etiquette, child-rearing, everything. And their advice wasn’t just for other Jews like themselves. “Do not agree to engage in any practice you consider frightening, abnormal, or weird,” Dear Abby once wrote. It was advice intended for everyone.

Jessica Weisberg is the author of Asking for a Friend: Three Centuries of Advice on Life, Love, Money and Other Burning Questions from a Nation Obsessed, available now from Nation Books.