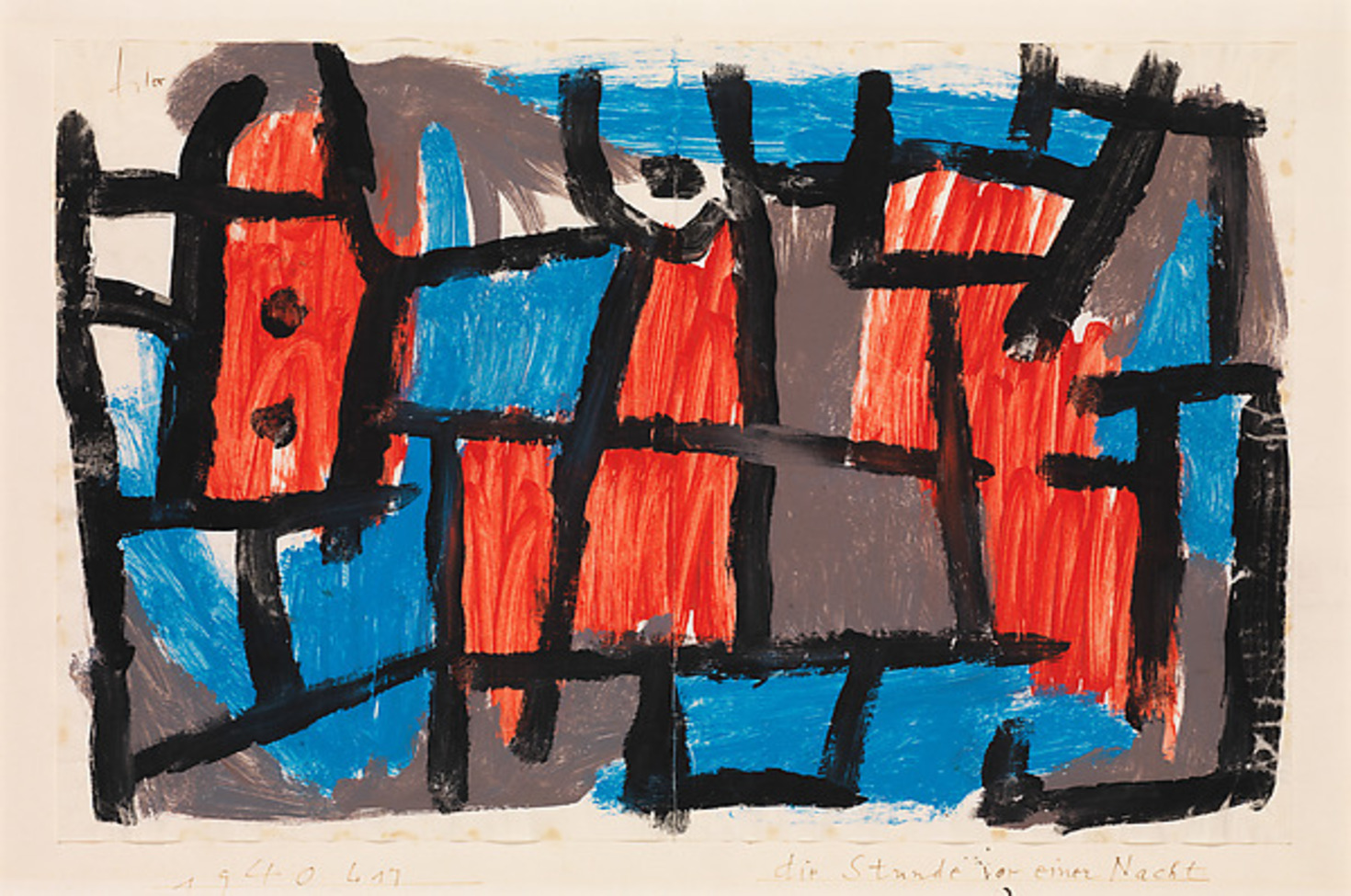 The Hour Before One Night (detail), by Paul Klee, 1940. The Metropolitan Museum of Art, The Berggruen Klee Collection, 1984.

• The backstory of the period clothes in Phantom Thread. (Racked)

• A conversation about Lucy Parsons, an anarchist born into slavery who became known as “one of the most notorious women” of the nineteenth century. (Jezebel)

• The Library of Congress no longer wants to save your tweets for posterity. (NPR)

• The Awl ends the year by cataloguing fakes, past and present, including Konrad Kujau. (The Awl)

• How to transpose jazz from one LA to another. (The Los Angeles Review of Books)

• Thinking about Princess Margaret in a moment of royal revisiting and firsts: “The effect is like one of those sweeping Klimt portraits, in which the comet trail of colourful fragments leaves a lasting, wistful impression of an era on the skids. The book is extremely funny and extremely sad. As Brown says towards the end of it, ‘It is Cinderella in reverse. It is hope dashed, happiness mislaid, life mishandled. Nothing is as thrilling as they said it would be; no one is as amusing, as clever, as attractive or as interesting.’ ” (The London Review of Books)

• If you know anything about the 1990 Isabella Stewart Gardner Museum art heist, please call the authorities before 2018 if you want the $10 million reward. “As if on cue during the interview, Mr. Amore’s phone rang. It was a man who calls so often with outlandish claims that Mr. Amore has affixed a Post-it note to his phone reminding him not to answer calls from that number.” (The New York Times)