On September 29, 1915, at the muddy end of the Mississippi’s farthest reach into the Gulf of Mexico, one hundred miles downriver from New Orleans, an unnamed hurricane made landfall. An anemometer recorded wind gusts of 140 miles per hour there, at the town of Burrwood, Louisiana, where on easier days several hundred members of the Army Corps of Engineers lived in orderly cottages and worked to keep the shipping canal at the river’s mouth clear of sediment. As the storm moved upriver, the aneroid barometer at Tulane University plummeted to 28.10 inches. The rain gauge filled with 8.36 inches of precipitation in twenty-one hours. Even in a region accustomed to hurricanes, these were extraordinary measurements. Isaac Cline, the chief meteorologist at the United States Weather Bureau in New Orleans, reported that the storm was “the most intense hurricane of which we have record in the history of the Mexican Gulf coast, and probably in the United States.”

But meteorology is not meaning. On their own, these data reveal little about how the storm might have mattered to people, or how they might have responded to it. These precise metrics of wind speed, rainfall, and barometric pressure do not trace the shape of life in places that seem, repeatedly, to come under assault from the forces of nature. We need different tools to gauge those times when coincidences of earth, wind, and water upset the course of human events in ways so overwhelming that we name them with a word whose basic meaning suggests that the entire universe is out of joint: disaster.

Consider that during the 1915 hurricane, across the state of Louisiana, 275 people died. Property-damage estimates ran to $12 million ($280 million in 2015 dollars). Upriver from Burrwood, only four houses remained standing in the town called Empire. East of New Orleans, in St. Bernard Parish, the settlement of Saint Malo was washed from the map entirely. That village bore the name of Jean Saint Malo, who in the 1780s had led a group of Africans trying to escape from slavery. Eventually captured by Spanish authorities, Saint Malo was executed in 1784 in front of the Cabildo, in the historic center square of New Orleans—where the hurricane winds had sent pieces of slate flying from the steeple of Saint Louis Cathedral. A foot of water remained in parts of the city for five days. Nonetheless, once the storm passed, many New Orleanians celebrated.

“storm proof!” the record shows orleans, the newspaper proclaimed after the hurricane. The mayor quickly rejected outside offers of aid. Surveying the event a month later, the New Orleans Sewerage and Water Board, the agency charged with protecting the city from floods, concluded that its new drainage system had passed a defining test. “It is safe to say,” its report asserted, “that no city anywhere in the world could have withstood these conditions with less damage and less inconvenience than has New Orleans.” Marshaling statistics from meteorologists like Isaac Cline, the report reasoned that the recent extreme occurrence of wind and rain “renders more remote the probability of a repetition of any of these things in the early future.”

It was a curious logic in a city that had seen ninety-two hurricanes or tropical storms since its European colonial founding in 1718. Despite this history, the Sewerage and Water Board believed that even if another big storm came, New Orleans would be safe. The report’s authors reflected on the storm’s “lessons” this way: “There is no reason why this city and its surrounding country should not continue, even more successfully than heretofore, [its] developments in all directions.”

In 2005, when the levee system collapsed during Hurricane Katrina, the flood’s outline traced the shape of New Orleans as it had stood nine decades earlier: most houses built before 1915 did not flood, but most houses built after the Sewerage and Water Board’s 1915 call for further growth did.

Disasters are less discrete events than they are contingent processes. Seemingly acute incidents, like the largely forgotten 1915 hurricane, live on as the lessons they teach, the decisions they prompt, and the accommodations they oblige. Their causes and consequences stretch across much longer periods of time and space than we commonly imagine. Seeing disasters in history, and as history, demonstrates that the places we live, and the disasters that imperil them, are at once artifacts of state policy, cultural imagination, economic order, and environmental possibility.

When people face disaster, they reckon with fundamental questions: What should they try to save, what should they try to leave behind, and who should decide? Who deserves help, why, what kind, and from whom? What caused the disaster in the first place? And what does this disaster mean for the next one? These debates, which ought to fascinate any student, scholar, or citizen, take place in historical context. Sometimes these debates change the political and cultural commitments that give history its shape. And yet, perhaps because they are so often imagined, almost by definition, to be events that come out of nowhere, for a long time academic historians largely ignored disasters altogether.

Other social scientists embraced the study of disasters, however, and often explicitly because they seemed to defy history. In a seminal 1961 article, for example, the sociologist Charles Fritz argued that “disasters provide a temporary liberation from the worries, inhibitions, and anxieties associated with the past and future because they force people to concentrate their full attention on immediate moment-to-moment and day-to-day needs.” Disasters, he wrote, cause “the blanking out of the past and future frames of reference,” and “provide…a clean break from the past.”

Existing studies of disasters often turn on the question, as one investigation puts it, of “where to draw the line between ‘natural’ and ‘unnatural’ disasters.” To the extent that this approach leads to scrutiny of what, or who, caused harm to others, it remains a vital one. Increasingly, scholars assert that there is no such thing as a natural disaster, because who is in harm’s way is the product of political decisions and social arrangements, rather than the inevitable order of things. This essential point lies at the foundation of my analysis. Vulnerability is socially constructed. But to discover that any event is in some way man-made is simply to recognize the fact of human history, not to analyze that history. It is a starting point, not a conclusion. 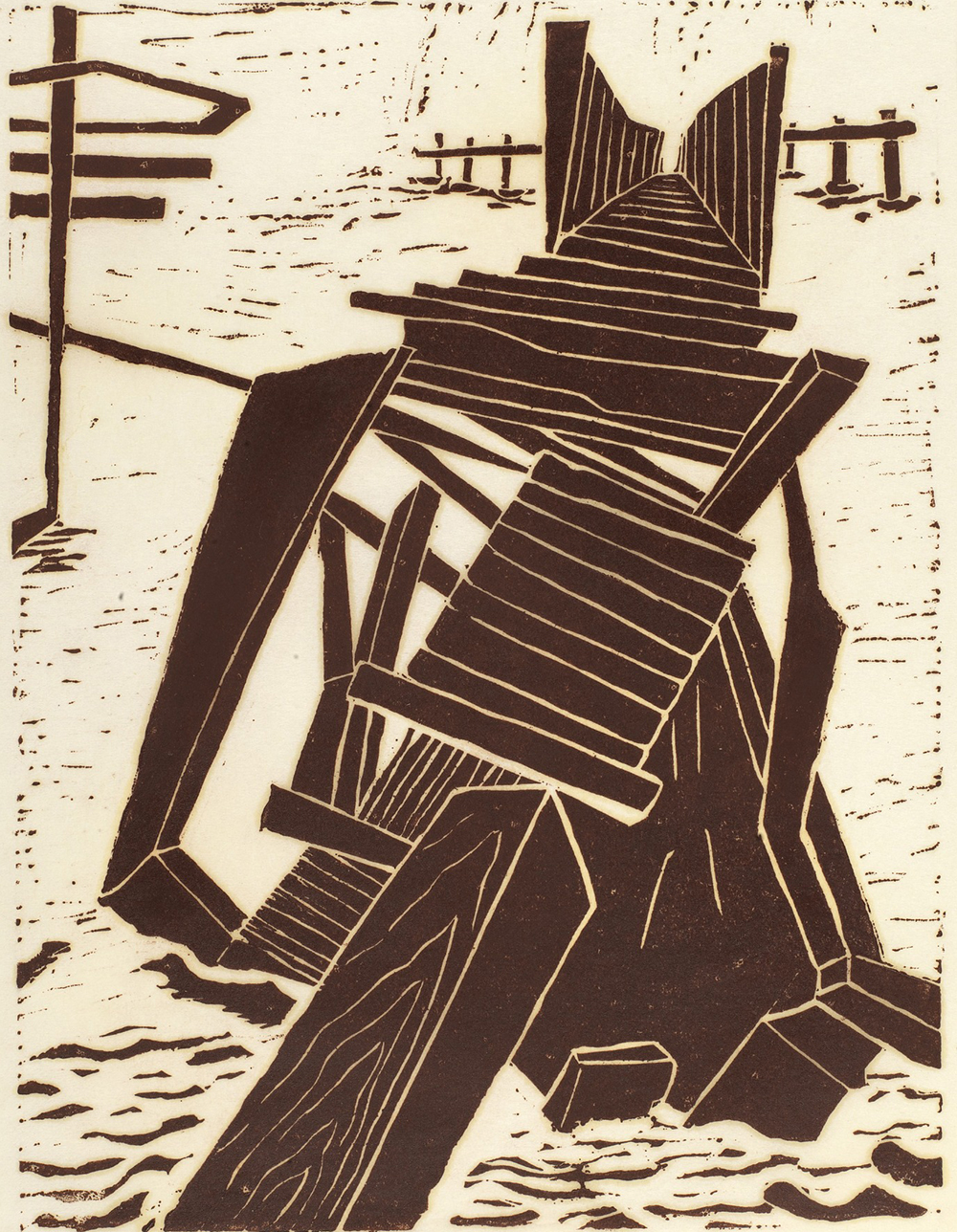 Rather than asking if a disaster was man-made, therefore, we ought to ask, how was it made? The answer will have to include nature and human nature: water and wind, concrete and clay, politics and culture, conscious choices and unwilled accidents. Our sense of temporal scale, too, must change, because the timelines of human and environmental history are intertwined. Burning fossil fuels has warmed the oceans, amplifying the frequency and intensity of tropical storms. Hurricanes are events in the history of the industrial revolution.

There remains a crucial caveat. During disasters, some people suffer more than others. Disasters, therefore, compel their observers to confront inequality. For people trying to understand inequality, the idea that a certain amount of suffering is inevitable and that some people are bound to be unlucky—in other words, the idea that inequality is natural and that nature can be capricious—has proven to be a durably attractive concept. Sometimes people wield the idea as a shield, using it to hide their own culpability in causing harm. Other times people use the natural-disaster idea as a way to make sense of their own misfortune. In many ways, ideas about natural inequality and nature’s caprice structure American law and social policy. Thus it is necessary to reaffirm that so-called acts of God are deeply embedded in the acts of women and men and, at the same time, to recognize that a belief in natural disasters shapes the way that many people respond to them.

Acknowledging that disasters have histories does not mean asserting that those histories amount only to relentless, teleological stories of decline. Many environmentalists and environmental historians describe disasters as nature’s response to human efforts to engineer landscapes. They would paint New Orleans’ physical expansion in the nine decades following the 1915 hurricane as a defiance of the natural order, and Katrina, as the New York Times put it in a headline, as “Nature’s Revenge.” This dim view leaves little room for the obvious truth that people have sometimes changed the world around them in ways that have made their lives better. To gloss the last century of Louisiana’s history as a story of “hubris, stupidity, and wishful thinking,” may be briefly satisfying in its moral sweep, until one realizes that doing so gathers up Louis Armstrong, Ruby Bridges, Tennessee Williams, my wife Sarah, and over a million other Louisianians with all of their hopes, achievements, and beignets piled high with powdered sugar, and deposits them in the dustbin of history’s mistakes.

On the other hand, casting recovery as disaster’s inevitable second act is just as misleading. Many have gone so far as to claim that New Orleans improved after the flood, offering heroic tales of resilience, if not redemption. But even if these accounts did not celebrate changes that were, and are, deeply contested, they would remain bewildering to people who know that at the immovable center of Katrina’s story are hundreds of needless deaths. Asserting that the city came back better defames those who could not come back at all.

A disaster is at best an interpretive fiction or, at worst, an ideological script. After all, there is no objective checklist for differentiating a disaster from other periods of time. You cannot distinguish a disaster from other bad news the way you can distinguish an alligator from a crocodile (when their mouths are closed, you can see more of a crocodile’s teeth than an alligator’s). Scholars have attempted classification schemes, but they rarely hold up to scrutiny. How many buildings must fall for an event to count as a disaster? How many people must die? Over what space or period of time? Squinting too closely at a problem can blind rather than focus your vision.

Calling something a disaster implies that there is a regular course of things, and that the moment in question was an exception. It suggests that the event was prompted by an exogenous force, that it was extraordinary (rather than ordinary), acute (rather than chronic), local (rather than diffuse), unpredictable (rather than expected), and revolutionary (rather than evolutionary). And so, just as slavery outlines the bounds of freedom, or darkness reveals the extent of light, the idea of disaster limns—and affirms—its inverse: order.

Cordoning off moments when things go badly, the disaster idea enables us to perceive the arc of the moral universe as a long, smooth curve toward justice. To name something a disaster is to decry its outcomes as illegitimate, and to call for a restoration of the status quo, instead of suggesting that the status quo may have been illegitimate in the first place. The disaster idea makes enduring suffering appear to be a personal failure. And when people with power seem to recover quickly, the disaster idea allows them to celebrate themselves for beating the odds, without acknowledging the ways that history had loaded the dice in their favor.

Excerpt adapted from Katrina: A History, 1915–2015 by Andy Horowitz, published by Harvard University Press. Copyright © 2020 by the President and Fellows of Harvard College. Used by permission. All rights reserved.

Andy Horowitz is an assistant professor of history at Tulane University, where he specializes in modern American history. He is the author of Katrina: A History, 1915–2015.