The Therīgāthā is an anthology of poems by and about the first Buddhist women. These women were therīs, “senior ones,” among ordained Buddhist women, and they bore that epithet because of their religious achievements. The therīs in the Therīgāthā are enlightened women and most of the poems (gāthā) in the anthology are the songs of their experiences. Dhammapala, the sixth-century Buddhist commentator on the Therīgāthā, calls the therīs’ poems udāna, “inspired utterances,” and by doing so, he associated the Therīgāthā with a venerable Buddhist speech genre. For Dhammapala, the characteristic mark of “the utterance” would be “one or more verses consisting of knowledge about some situation accompanied by the euphoria that is felt there, for an udāna is proclaimed by way of a composition of verses and caused to rise up through joy and euphoria.”

The Therīgāthā’s poems are some of the first poems by women in India; this is the first collection of women’s literature in the world. Individual poems were composed over a considerable period of time, perhaps centuries; according to Buddhist tradition, they date from the time of the Buddha himself, while according to modern historical methods, some date as late as the end of the third century bc. It is not merely a collection of historical evidence of the needs, aspirations, and achievements of some of the first Buddhist women. It is an anthology of poems. They vary in quality, but some of them deserve not only the adjective “first” in a historical sense; they also deserve to be called “great” because they are great literature.

They are literature in the way that Ezra Pound meant when he said, “Literature is news that STAYS news.” Some of the Therīgāthā do seem to be news that has stayed news, and that is part of why they are able to delight us today and why sometimes they are also able to change how we see ourselves. The Therīgāthā enable us to see things that we have not seen before and to imagine things that we have not dreamed of before. We experience a surprising pleasure from the clarity and truth of the epiphanies the poems can trigger. Perhaps more importantly the poems give us a chance to be free from ourselves and from our usual places in the world—at least imaginatively—and to glimpse a different potential for ourselves. In our day-to-day lives, we may assume all too often—and dread all too often—that tomorrow will be just like today. In the pleasures that literature affords us, we may see immediately that tomorrow does not have to be like today. Such immediacy makes free. The poems in the Therīgāthā are about that freedom.

They are udānas about the joy of being free, and they hold out the promise, in the pleasure that they give, of being the occasion for making us free, too. 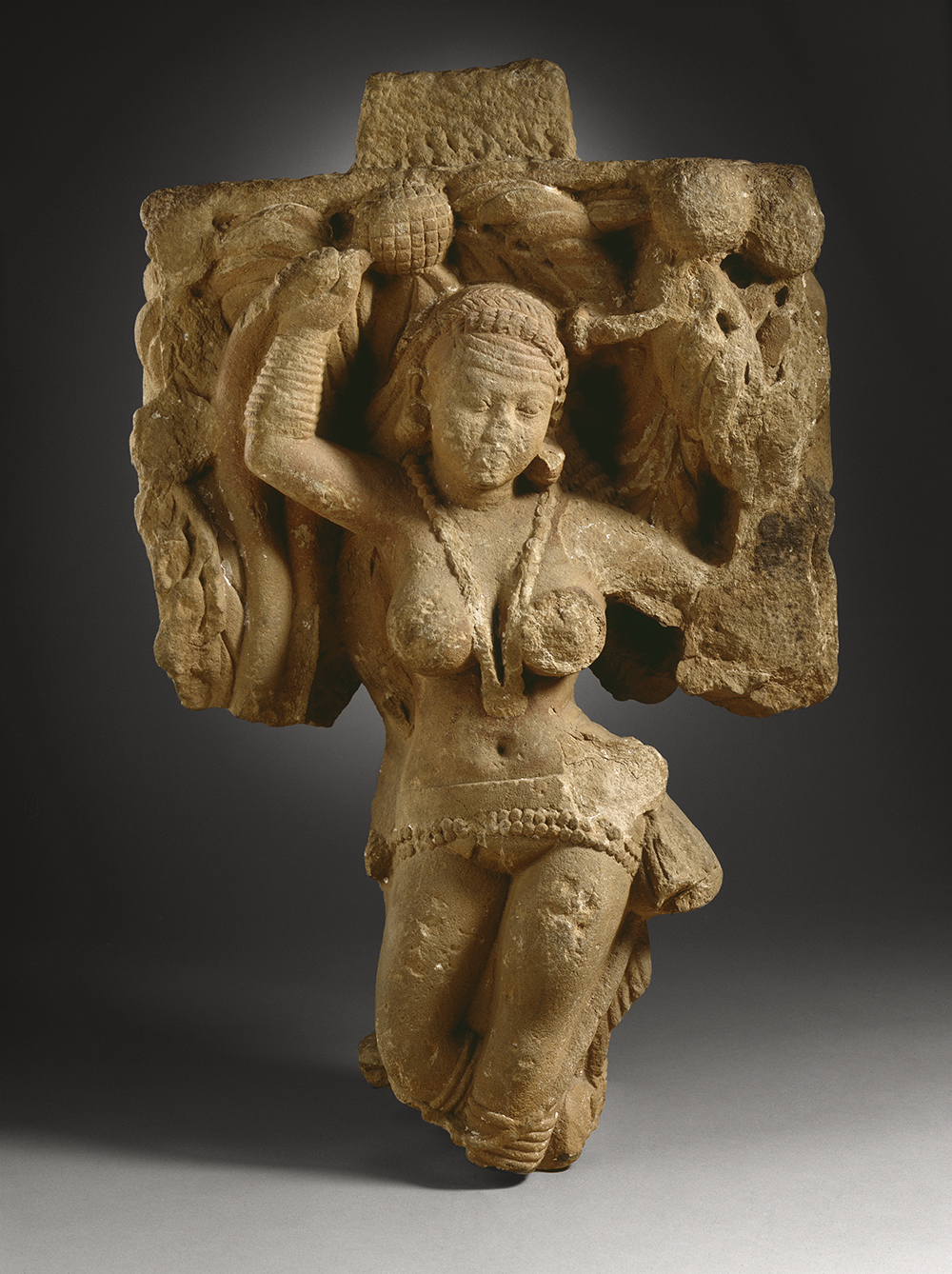 Therika was born in a rich Kshatriya family. She was given the name Therika because of her firm (theri), peaceful body. She had already been married when the Buddha came to where she lived. She was drawn to the way of life that he taught just by seeing him. Later she was taught by Mahapajapati Gotami, the stepmother of the Buddha and prominent among the nuns of the Therīgāthā, and she wanted to become a renunciant. Therika’s husband did not permit her to go forth, but she practiced what she had been taught as a laywoman until her husband could see the transformations in her. He brought her to Mahapajapati Gotami, the stepmother of the Buddha, for ordination. After Therika was ordained, Mahapajapati Gotami brought her to the Buddha. After he taught her, he said this verse to her. When she heard the verse, Therika was enlightened. Therika repeated what the Buddha said, making the verse an expression of her own experience.

Spoken by the Buddha to her

Now that you live among therīs, Therika,
the name you were given as a child finally becomes you.

So sleep well, covered with cloth you have made,
your passion for sex shriveled away
like a herb dried up in a pot.

Sukka was born in a wealthy family. As a young adult, she became a lay follower of the Buddha. When she heard the therī Dhammadinna preach, she decided to ordain with that nun and after a very short time, she was enlightened. Sukka herself gained a following of five hundred nuns and was considered to be a great teacher. One day when she was preaching to her followers, a god (devatā) who lived in a tree nearby was able to hear and was pleased with her. That god went into Rajagaha and praised Sukka throughout the city by saying the first two verses. Sukka said the last verse at the time of her death.

Spoken by a deity about her

What has happened to these men of Rajagaha?
They sit like they are drunk,
they do not sit near Sukka
as she teaches what the Buddha taught.

I think those with wisdom drink something else,
something that gives strength, is delicious and irresistible,
they drink like travelers who gulp rain
just fallen from a dark cloud.

Spoken by Sukka
The name you are called by means bright, Sukka
it’s a good name for you because of your bright mental states.

Take care of the body, it’s your last,
just make sure it doesn’t become a vehicle for death after this.

Kisagotami’s story is also one of the most famous in the Theravada Buddhist world. Dhammapala says that Kisagotami was born in a poor family. When she was married, her husband’s family treated her badly, looking down on her because she came from a poor family. They felt more favorable toward her when she gave birth to a son. That son died as a child and Kisagotami became mad with grief. Carrying her son’s body, she went about asking everyone for medicine for her son, not able to take in the reality of her son’s death. Eventually, she came before the Buddha and also asked him for medicine to cure her dead son. The Buddha told her that he could make such a medicine and instructed her to bring mustard seed from a house where no one has ever died that he would use in preparing the remedy. She went from house to house looking for such a residence so that she could get the necessary mustard seed. She quickly realized that every house had more deaths than could be counted, and this restored her back to her normal mind. She also realized that the Buddha foresaw that this would happen for her, and did what he did out of kindness and sympathy for her. Kisagotami became a nun, and with the aid of further instruction from the Buddha, she became enlightened.

The Sage commended having good friends
for anyone anywhere in the universe.
By keeping company with good friends
even a fool becomes wise.

One should know suffering,
the origin of suffering and its cessation,
the eightfold path.1

A female deity speaks about the state of being a woman

Being a woman is suffering,
that has been shown by the Buddha,
the tamer of those to be tamed.

Sharing a husband with another wife is suffering for some,
while for others, having a baby just once is more than enough suffering.

Some women cut their throats,
others take poison,
some die in pregnancy
and then both mother and child experience miseries.

Kisagotami herself speaks about the dangers of being a woman, by telling the story of Patachara

About to deliver
while still on the way,
I found my husband dead
right there on the road;
I gave birth
before I reached home.

The two sons of this wretched woman
too soon dead, her husband dead too
right there on the road,
even while her mother, father, and brother
were burned on one funeral pyre.

Wretched woman, your family is dead too,
suffering without end has been yours,
your tears have flowed
for thousands of births.

After living in the middle of a cemetery
the bodies of her sons now only something eaten,
family destroyed, despised by all, husband dead,
she reached what is without death.

I followed the noble eightfold path
that goes to that which is without death,
nibbana2 is known at first hand.

I have seen myself in the mirror of the dhamma.3
Now I am someone
with depravities’ darts cut out,
with burden laid down,
who has done what needs to be done.

The nun Kisagotami
her mind freed
said this.

2 Nibbana: the Pali equivalent of nirvana. Nibbana is the freedom and happiness attained by humans who learn to live as the Buddha taught. The words nibbana and nirvana both come from a verbal root meaning “to blow out,” and this metaphor refers to the “fires” of desire (especially the urge for sex), anger, and ignorance burning out and ceasing to be. Nibbana happens when the āsavas, the depravities that ooze out from within, and the kilesas, latent and defiling compulsions that drive actions, are removed. The person who attains nibbana subsequently lives a life of freedom and happiness and, at death, is not reborn again. ↩

3 Dhamma: the Pali equivalent of the Sanskrit word Dharma. Dhamma refers both to what the Buddha taught and to the nature of reality as it truly is. The nature of reality as it truly is, as distinguished from how it is conventionally perceived, is what the Buddha taught. The Buddha’s dhamma, his teaching, is not only true in what it says about the world but it is also useful in helping humans to free themselves from the world of suffering that they find themselves in. ↩

Excerpted from Poems of the First Buddhist Women: A Translation of the Therīgāthā, translated by Charles Hallisey and published by Harvard University Press. Copyright © 2015 by the President and Fellows of Harvard College. Used by permission. All rights reserved. 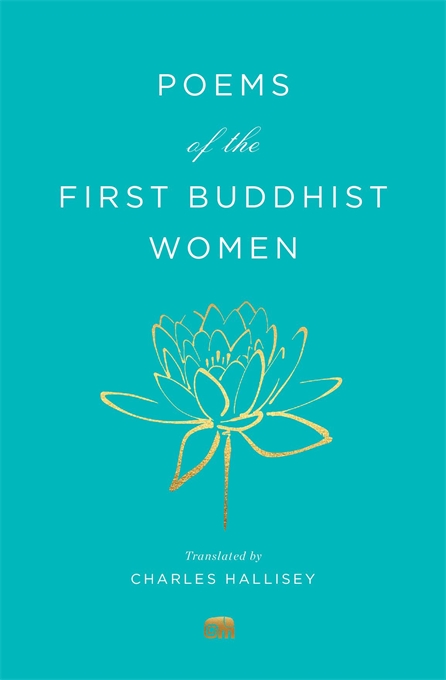 Charles Hallisey is Yehan Numata Senior Lecturer on Buddhist Literatures at Harvard University. He is the translator of Poems of the First Buddhist Women: A Translation of the Therīgāthā.