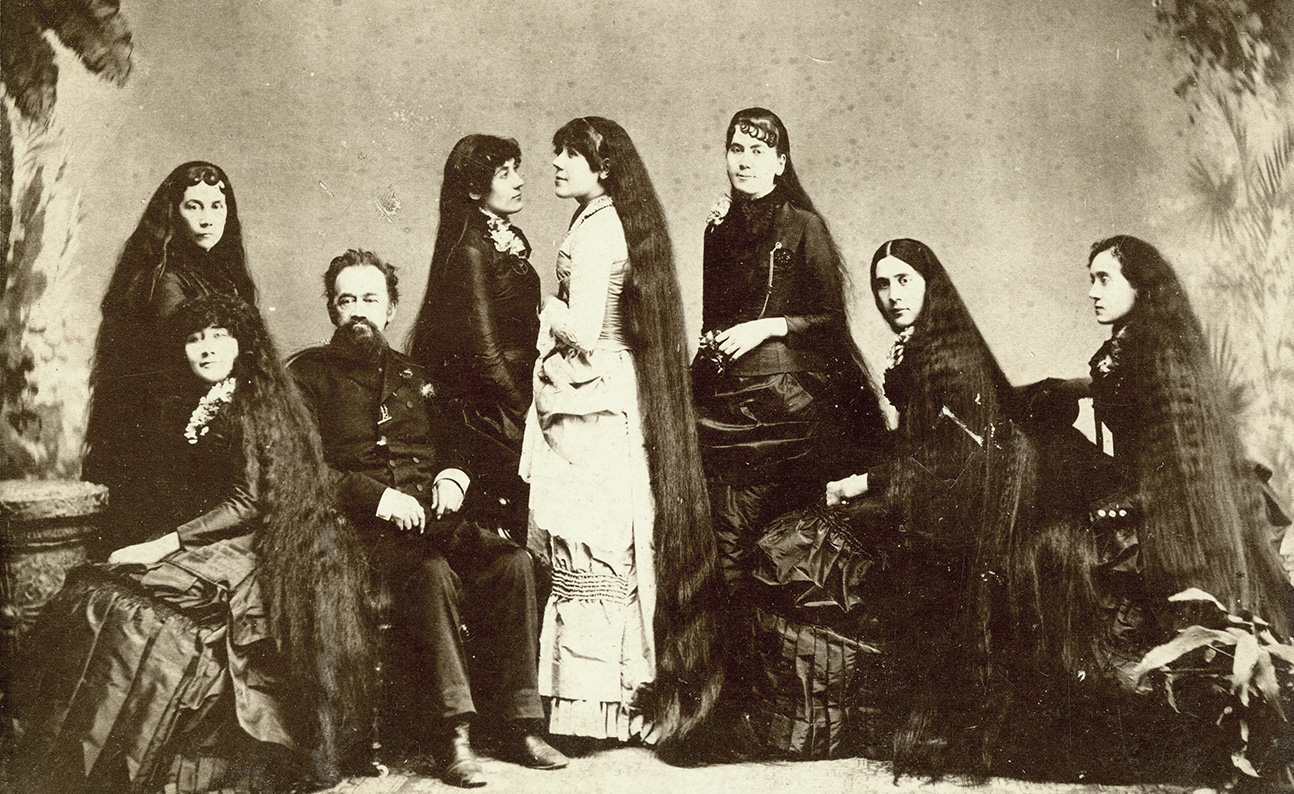 • The role of Chinese labor in World War I: “Starting in late 1916, China began shipping out thousands of men to Britain, France and Russia. Those laborers would repair tanks, assemble shells, transport supplies and munitions, and help to literally reshape the war’s battle sites.” (SmithsonianMag.com)

• In the second half of the nineteenth century, the Sutherland sisters took their long hair and turned it into a business: “Long, untrammeled hair could also carry a whiff of the disreputable. When Victorian girls reached a certain age (usually eighteen), they were expected to put their hair up and let down their hems, signifying that they were now of marriageable age. A respectable woman would only let her hair down, as it were, in private. This sex appeal may have accounted for the Sutherlands’ popularity in sideshows and dime museums, such as P.T. Barnum’s American Museum. The notorious impresario billed them as ‘the seven most pleasing wonders of the world.’” (Atlas Obscura)

• In 1939 New York City’s Madison Square Garden played host to a massive pro-Nazi rally—and to those who opposed it: “Inside the Garden, the thousands who had gathered heard dozens of speeches denouncing ‘International Jewry,’ while at least 100,000 protesters organized by the Socialist Workers Party—equipped with anti-Nazi posters and banners that read ‘Give me a gas mask, I can’t stand the smell of the Nazis’—picketed, held back from storming the Garden by police mounted on horseback. One protester named Isidore Greenbaum did manage to slip into the Garden and rushed the stage at one point, only to be badly beaten by ‘Bund storm troopers’ who ‘ripped [his clothing] to shreds.’” (Longreads)

• A historic English country village in the Cotswolds is preserved in miniature. (Paris Review Daily)

• The forgotten education program that once served as a path to knowledge for American women: “Chautauquas were the brainchild of John Heyl Vincent, a Methodist minister, and Lewis Miller, a businessman. Together, they reimagined an outdoor Sunday school training program on Chautauqua Lake in southwestern New York as the Chautauqua Institution—a kind of assembly designed to introduce attendees to new ideas and education. The concept spread throughout the United States as chautauquas in rural locations provided attendees with an ever-changing array of lectures, concerts, and other cultural opportunities.” (JSTOR Daily)