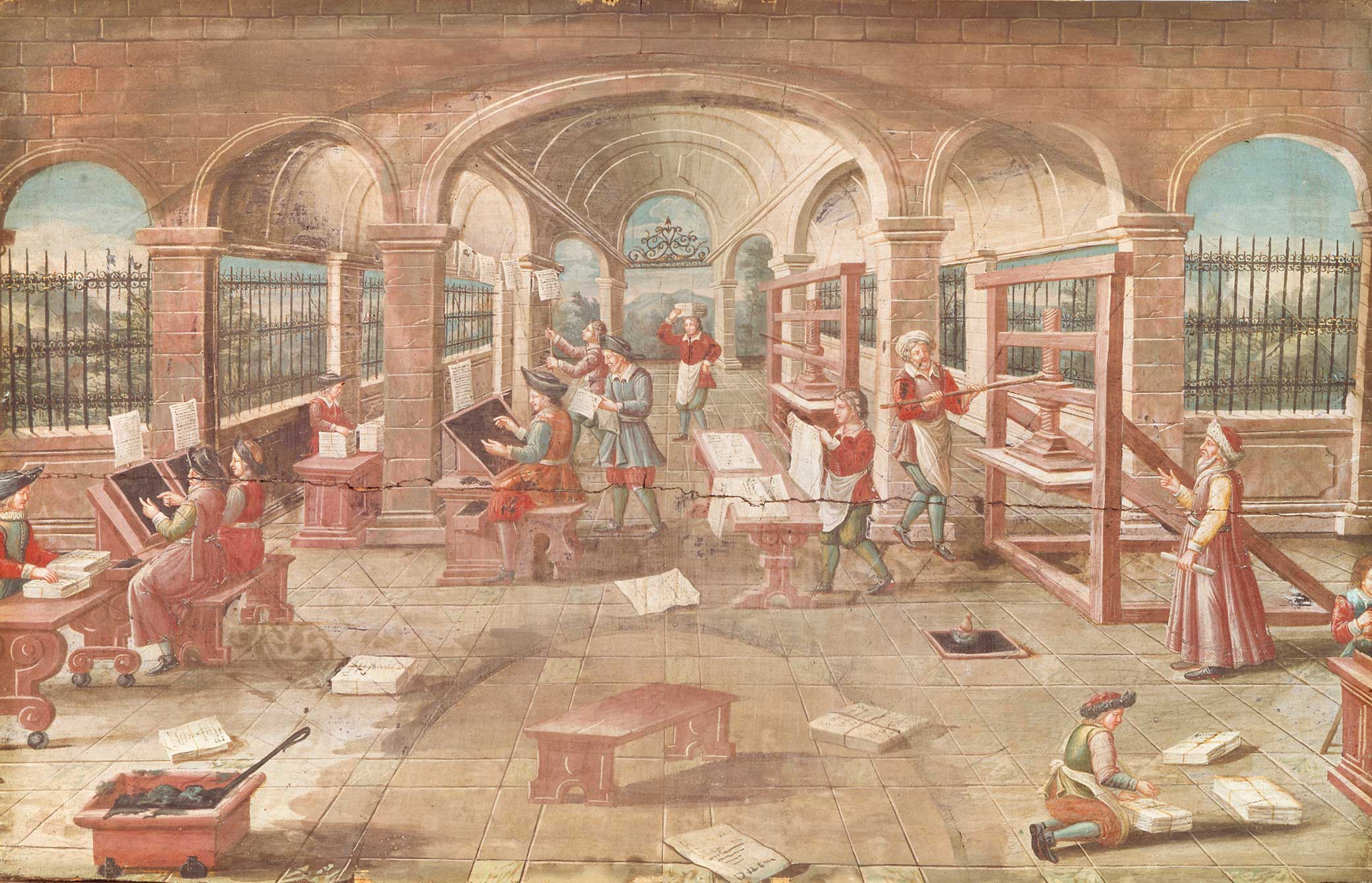 Look up the word foupe in Samuel Johnson’s Dictionary, and you’ll discover that it means “To drive with a sudden impetuosity. A word out of use.” But it was more “out of use” than even Johnson realized—in fact it is not a word at all. Johnson misread the long s of the rare word soupe “to swoop” and inadvertently coined a new word. He also summoned the word adventine into existence, even though his source, Francis Bacon, had written adventive and a printer had accidentally set it as adventine. Another misprint in an early edition of Bacon led James Murray to enter the word dentize in the OED, meaning “to cut new teeth.” But the word was dentire, misprinted in the 1626 edition of Bacon’s Sylvia.

Instances like this abound in dictionaries, and W.W. Skeat, the great Victorian philologist, coined the term ghost word for these not-quite-existent words: “Like ghosts, we may seem to see them, or may fancy that they exist; but they have no real entity. We cannot grasp them; when we would do so, they disappear.” A typo in the Edinburgh Review—kime instead of knife—led to the appearance of kime in several dictionaries; since the original sentence referred to Hindus stabbing their hands with kimes, people assumed a kime must be some ghastly torture device. And a printer’s inability to read the verb nurse in Sir Walter Scott’s novel The Monastery created a verb to morse appearing in collections of Scottish lowland dialect.

The most famous ghost of the twentieth century appeared in Webster’s Second New International, published in 1934. Webster’s included many abbreviations in its wordlist, and the compilers planned to include the abbreviation for density, usually D, though sometimes a lowercase d is used. In July 1931, one lexicographer—Austin M. Patterson, special editor for chemistry—typed a 3" × 5" card explaining the abbreviation: he headed it “D or d” and provided the explanation “density.” But when it came time to transcribe the card, someone misread it and ran the letters together without spaces, producing “Dord, density.” And then, because Webster’s had a policy of beginning all words with a lowercase letter, the entry made it into the dictionary as “dord, density.” It took five years for a Merriam editor to notice the strange entry, supported by neither etymology nor pronunciation. After investigating—no one could find any evidence for a word dord—he realized it was a mistake. He made an annotation: “plate change / imperative / urgent,” and the printer removed dord from the next reprint, filling the otherwise empty line by adding a few letters to the entry for doré furnace.

Some incorrect entries, though, are intentional, part of a long tradition of clever frauds in reference books. The German Brockhaus Enzykopädie has a tradition of including one prank entry in every edition—when a new edition is published, the old joke is removed and a new one inserted. One of the best such larks is the last entry in Robert Hughes’s Music Lovers’ Encyclopedia of 1903, zzxjoanw, supposedly a Maori word, miraculously polysemous, that means “drum,” “fife,” and “conclusion.” (Never mind that the Maori language does not have the letters z, x, or j.) The first edition of the Collins COBUILD English Language Dictionary (1987) sports an entry for hink: “If you hink, you think hopefully and unrealistically about something.” And the Neue Pauly Enzyklpädie includes a learned entry on apopudobalia, an ancient game similar to football, which prompted a retort in a learned journal, pointing out six serious mistakes in the entry. The reviewer missed the fact that the entry was just a jeu d’esprit, with no basis in fact. Other fakes are less jovial: in 1986 a laid-off editor from Britannica retaliated by vandalizing the encyclopedia’s database, changing every occurrence of “Jesus” to “Allah.” (His own boss became “Rambo.”)

An even more elaborate fake appeared in 1975, when the New Columbia Encyclopedia included a long entry on the distinguished American fountain designer Lillian Virginia Mountweazel, who had achieved some fame with Flags Up!, a collection of photographs of rural American mailboxes. Ms. Mountweazel, alas, met a premature end, dying in an explosion while she was researching an article for Combustibles magazine. Although Mountweazel was nothing more than an inside joke among the encyclopedia’s authors, she is said to have appeared in other encyclopedias and biographical dictionaries—proof that other editors have pilfered from the New Columbia. The term mountweazel is now used to refer to these mischievous entries inserted in reference books.

Mountweazels also seem to feature in some struggles over intellectual property. In 2001 the New Oxford American Dictionary included a made-up word, esquivalience (“the willful avoidance of one’s official responsibilities”), designed to catch rivals who simply copied the New Oxford American in their electronic editions. When the word materialized in Dictionary.com, they knew something untoward had happened. Cartographers are said to do the same thing—the trap street is a nonexistent road that appears on a map.

There are problems, though, with using fake entries to catch copyright violations. The first is that the number of unintentional errors will always be far greater than the number of intentional errors, whatever the reference work. All dictionaries, encyclopedias, chronologies, and atlases, even the best, have many errors. There is no legal benefit, moreover, to loading a dictionary, encyclopedia, or atlas with errors—copyright law gives no incentive. While reproducing someone else’s entries verbatim is a violation of copyright law, it is a violation of copyright whether those entries are true or false. Lifting facts from another reference work, though, is not illegal, even if it may be shifty or lazy. A dictionary that contains esquivalience may deserve scorn for being a shoddy dictionary, content to let filching take the place of serious research. Unless it reproduces the wording of the New Oxford American Dictionary, though, it’s not illegal. A legal ruling in the United States in 1992 confirmed this view: a federal court declared, “To treat ‘false’ facts interspersed among actual facts and represented as actual facts as fiction would mean that no one could ever reproduce or copy actual facts without risk of reproducing a false fact and thereby violating a copyright. . . . If such were the law, information could never be reproduced or widely disseminated.”

Excerpted from You Could Look It Up: The Reference Shelf from Ancient Babylon to Wikipedia. Copyright © 2016 by Jack Lynch. Published by Bloomsbury Press. Used with permission.

Jack Lynch is a professor of English at Rutgers University and a Johnson scholar, having studied the great lexicographer for nearly a decade. In addition to his books on Johnson and on Elizabethan England, he has written journal articles and scholarly reviews and hosts a Web site devoted to these topics. He is the author of You Could Look It Up, The Lexicographer’s Dilemma, Becoming Shakespeare, and Samuel Johnson’s Insults and the editor of Samuel Johnson’s Dictionary. He lives in Lawrenceville, New Jersey.