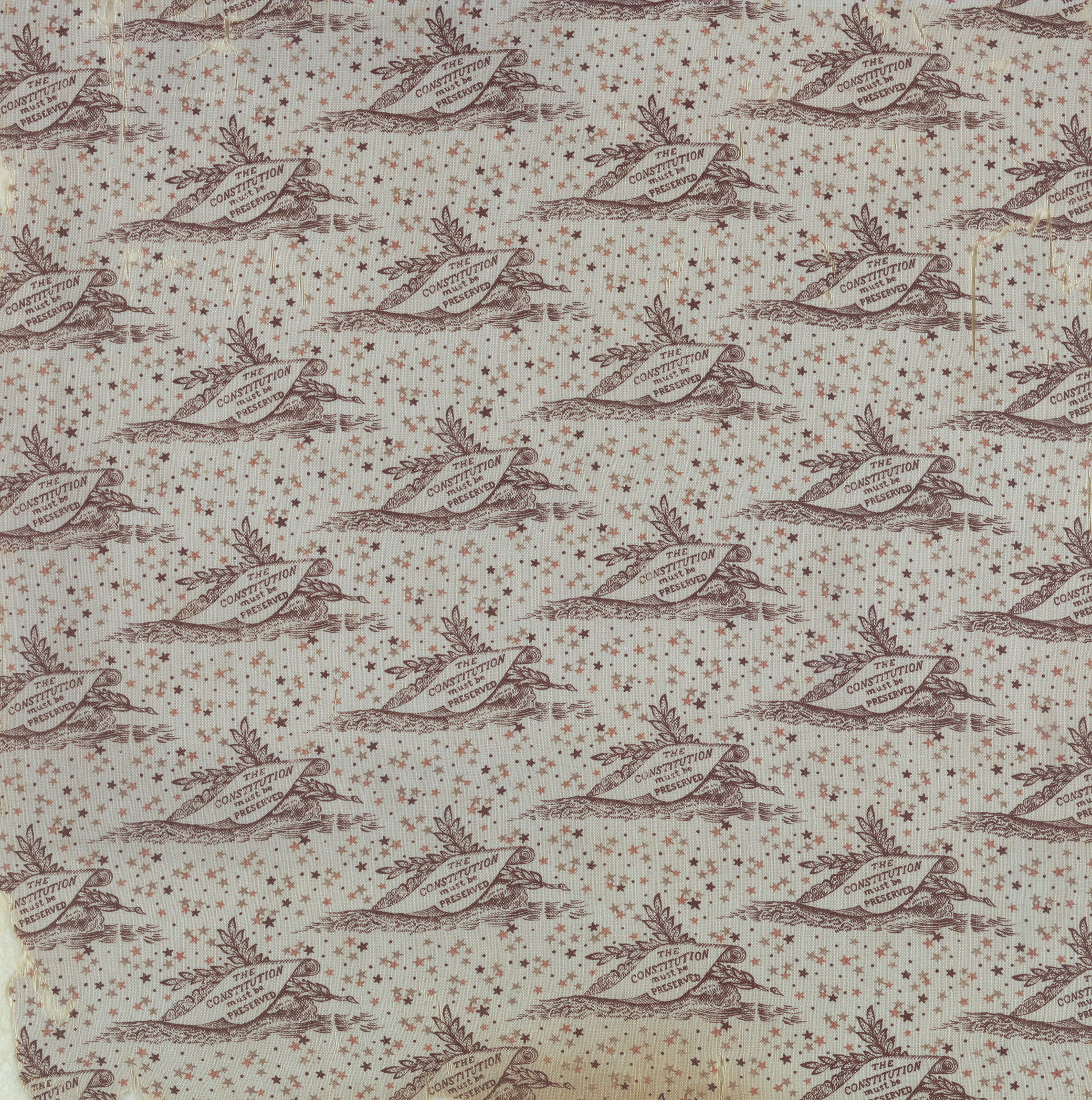 “Oh by the Constitution!”

“Well, that is very well, but what does the Constitution say?”

“Oh, it is a Constitution of freedom.”

“Very well, I am satisfied, as freedom is what I want.”

“In the South, the same question is asked, and the citizen there is satisfied because he is told that it carries slavery with it.”

In 1860 Abraham Lincoln ran for president on a Republican Party platform that proved Hale’s point by repeatedly invoking a Constitution that favored freedom over slavery. It proclaimed freedom to be the “normal condition of all the territory of the United States.” The Republicans did not directly call on Congress to pass a law banning slavery from the territories. What they actually said was that Congress had no authority “to give legal existence to slavery in any territory of the United States.” It wasn’t that Congress lacked the power to ban slavery, it was that Congress had no constitutional power to allow slavery into the territories. Natural law decreed that all human beings were born free, and the Constitution affirmed that principle. Its preamble secured “the promise of liberty to ourselves and our posterity.” The Fifth Amendment decreed that no person could be deprived of liberty without due process of law. Congress could, if need be, pass laws protecting the freedoms of all those residing in the territories, but it could not pass a law establishing slavery nor could it allow a territorial legislature to do so. So freedom was more than the normal condition of the territories, it was the constitutionally protected condition of the territories. That’s because the Constitution—​the Constitution as Lincoln and the Republicans understood it—​was an antislavery document. The founders had made compromises with slavery in order to create the Union, but those proslavery clauses were exceptions in a Constitution whose general rule was freedom. This was antislavery constitutionalism, and it saturated the Republican Party platforms of 1856 as well as 1860. 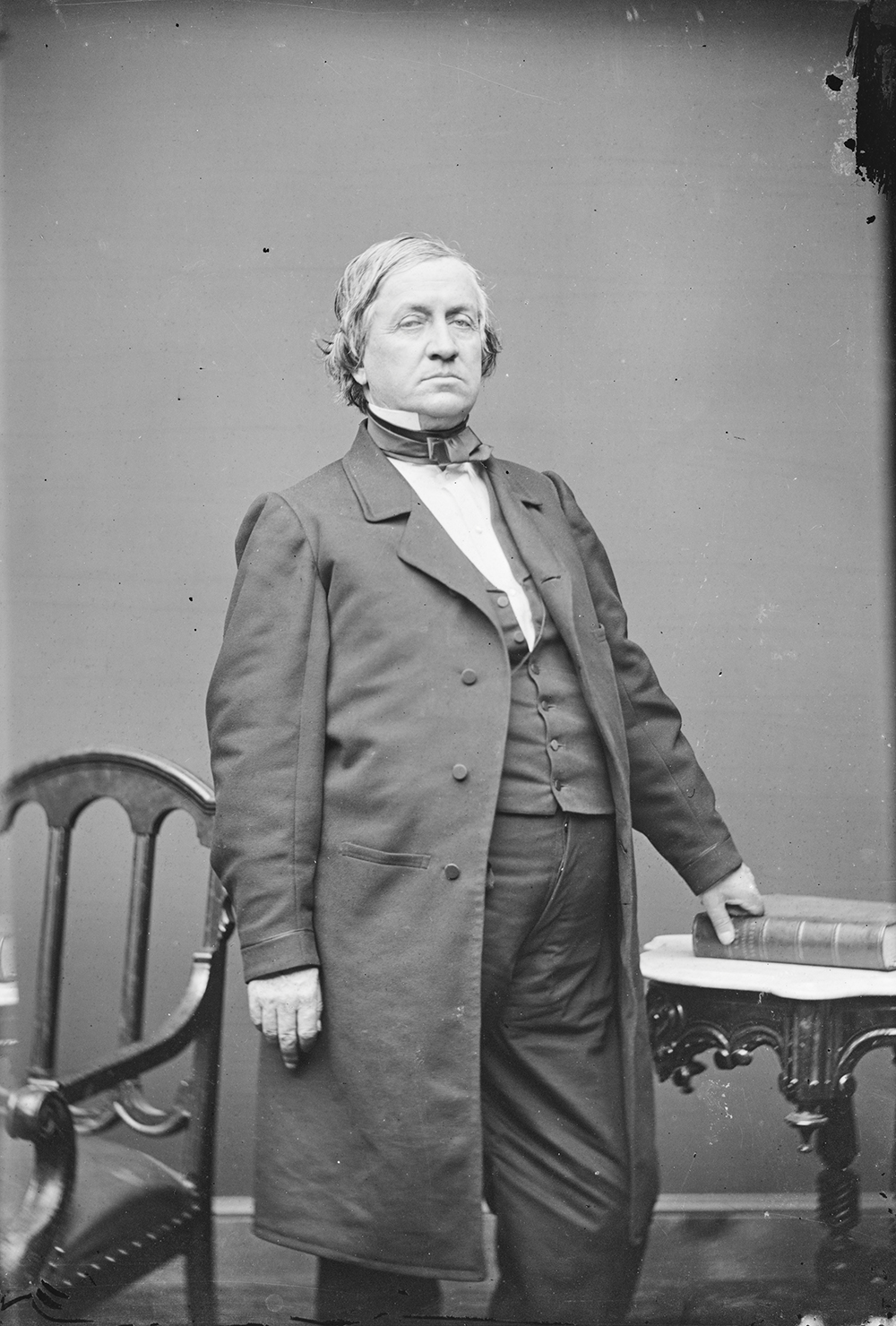 Both platforms asserted that the principles of fundamental human equality and universal liberty “promulgated” in the Declaration of Independence were literally “embodied in the Constitution.” Debates over the meaning of the Declaration were commonplace in 1860, and the antislavery meaning had a potent ideological sting. Anybody who followed antislavery politics would have recognized what the Republicans were saying: if the promise of universal freedom was “embodied in the Constitution,” it followed that the Constitution was imbued with an antislavery spirit. That spirit could be suppressed by “positive” laws, basically statutes, within the slave states. But unlike the states, the territories were under the direct sovereign authority of a Constitution whose basic rule was freedom. Once a state was created and admitted to the Union it could legalize slavery, but Congress could never do that. Congress could only pass laws to protect the freedom of everyone in the territories.

There was more. Because everyone in the territories was presumed to be free, all were entitled to the protections afforded by the Fifth Amendment. As the 1860 platform put it, “Our Republican fathers, when they had abolished slavery in all our national territory, ordained that ‘no person shall be deprived of life, liberty or property without due process of law.’ ” This was no newfangled doctrine. As far back as the 1640s English radicals drew antislavery inferences from the rights of due process. In the absence of a positive law creating slavery, it was said, habeas corpus liberates the slave. This was the premise of Lord Mansfield’s influential decision in the Somerset ruling of 1772. Slavery was such an “odious” violation of natural law, Mansfield declared, that it required a positive law to override the presumption of freedom. In the absence of such a statute anyone in England who was being held as a slave could sue for freedom on a writ of habeas corpus. The Republican Party invoked that same premise when it quoted the due-process clause of the Constitution in the 1860 platform. A slave who was carried into federal territory was entitled to “due process of law.” The slave could actually sue the putative owner for freedom on a writ of habeas corpus, and the owner, unable to cite a territorial or congressional statute justifying the claim of property in the slave, forfeited the claim. The slave, having set foot on free soil, was thereby emancipated.

The 1860 platform went still further. According to the Republicans, the Constitution did not merely allow Congress to protect the Fifth Amendment rights of everyone in federal territory, it obligated Congress to ensure that no person was deprived of their liberty without due process of law. It is “our duty,” the Republicans proclaimed, “by legislation, whenever such legislation is necessary, to maintain this provision of the Constitution.” Hence the conclusion: if Congress was obliged to protect the freedom of all persons in the territories, it followed that Congress could not, constitutionally, “give legal existence to slavery in any territory of the United States.” “The Constitution contains no power to make a king or to support kingly rule,” Massachusetts senator Charles Sumner explained in 1852. “With similar reason it may be said that it contains no power to make a slave or to support a system of slavery.”

Defenders of slavery, led by Roger B. Taney, the chief justice of the U.S. Supreme Court, claimed that the Constitution “expressly” recognized enslaved individuals as “property.” Republicans vehemently rejected this. Their 1860 party platform denied that “the personal relations between master and servant . . . ​involve an unqualified property in persons.” Property rights in human beings represented “a purely local interest,” Republicans declared, an “interest” that existed only in the southern states where slavery was still legal. No abolitionist would have denied that slaves were legally property, made so by the positive laws of the southern states. But antislavery constitutionalists pointed out that the Constitution deliberately referred to slaves as “persons.” They were “property” by a mere “legal” right, a right that existed only within the boundaries of the slave states.

Proslavery constitutionalists reversed this logic. They cited those parts of the Constitution that explicitly recognized slavery, notably the three-​fifths and the fugitive-slave clauses. What those clauses actually did, they claimed, was recognize slavery as a constitutionally protected right of property—​a right that was prior to and “higher” than the Constitution but that was also embodied in the document itself. In the proslavery reading of the Constitution the Fifth Amendment guaranteed not the liberty of the slave but the property right of the master. By 1860 proslavery politicians would argue that Congress had a constitutional obligation to protect slave property in the territories. They especially cited the fugitive-slave clause as proof that the founders had gone out of their way to protect slavery as a constitutional right of property, and this further obligated Congress to enforce that right within the free states of the North, over and against the laws of those states and the will of their people. 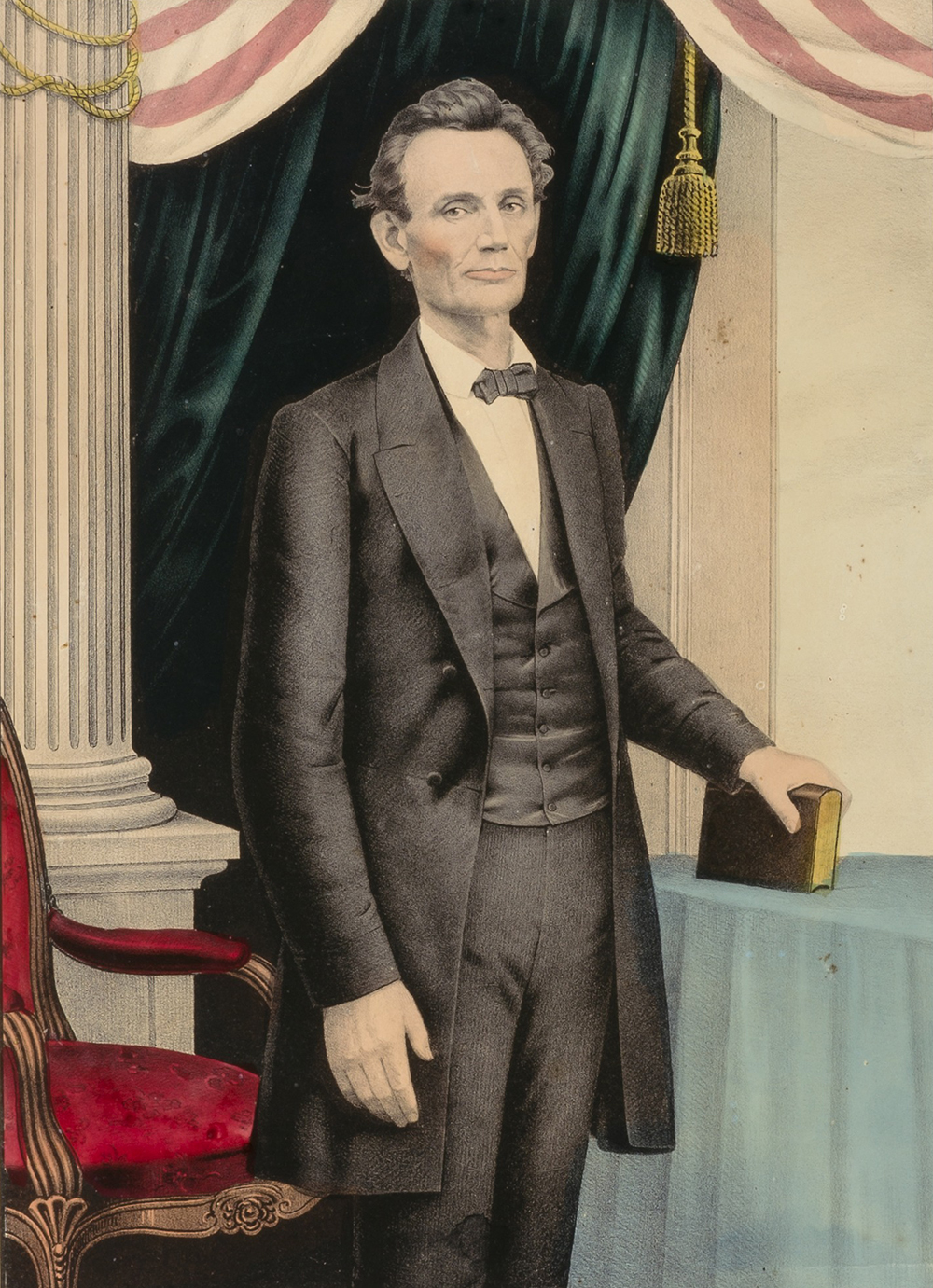 The property right was the linchpin of the slavery debate. If enslaved people were property under the Constitution, neither the rights of persons nor the privileges and immunities of citizenship applied to them. As a constitutionally protected “species of property,” slaves had no access to the various civil protections they might have claimed as constitutionally recognized “persons.” When seven slave states seceded from the Union in the wake of Lincoln’s election, six of them met in Montgomery, Alabama, in early 1861 to draft a Confederate constitution that nearly duplicated the U.S. Constitution. The Confederates reproduced the three-​fifths and fugitive-slave clauses as well as the ban on the importation of slaves. They also duplicated all the clauses cited by antislavery constitutionalists—​the preamble, the due-process clause, and the privileges and immunities clauses. The one conspicuous change, however, was that the Confederate constitution explicitly referred to slaves as “property” and protected slave property as a constitutional right. That changed everything, because it meant that the various promises and protections of rights and freedom did not apply to the enslaved.

By contrast, Abraham Lincoln, like nearly all opponents of slavery, assumed that because the U.S. Constitution referred to slaves as “persons” rather than property, enslaved men and women were entitled to at least some of the rights, privileges, and immunities guaranteed to all persons whenever they stepped beyond the borders of the slave states themselves—​in the territories, the free states, or on the high seas. The denial of the property right was a central theme of Lincoln’s last major antislavery speech, at the Cooper Institute in New York City, on February 27, 1860. The Southerners allude “to an assumed constitutional right of yours, to take slaves into the federal territories, and to hold them there as property,” Lincoln said. “But no such right is specifically written in the Constitution. That instrument is literally silent about any such right. We, on the contrary, deny that such a right has any existence in the Constitution, even by implication.” The critical absence of a constitutional right of “property in man” was another foundational precept among those who opposed slavery.

Here was the irreconcilable conflict between slavery and freedom, framed in constitutional terms, openly announced in the competing platforms of the northern Republican and southern Democratic parties in 1860. Of the four major candidates who campaigned for the presidency that year, Lincoln stood out as the only one running on a platform grounded on the principles of antislavery constitutionalism. None of the others invoked the Declaration of Independence, much less claimed that the principle of fundamental human equality was embodied in the Constitution. None denied, as Republicans did, that there was a constitutional right of “property in man.” None but the Republicans cited the Fifth Amendment guarantee of liberty. Certainly no other platform decreed that Congress was constitutionally obligated to protect the due-process rights of all persons in the territories, including what the Constitution termed “persons held to service.” And no other party claimed that Congress was constitutionally prohibited from allowing slavery into the territories.

It is impossible to appreciate the serious implications of Lincoln’s election in 1860 without understanding that the Republican Party platform on which he ran represented a potent distillation of an antislavery constitutional tradition that originated in the famous compromises between slavery and freedom that were hammered out at the Constitutional Convention at Philadelphia in 1787.

Adapted from The Crooked Path to Abolition: Abraham Lincoln and the Antislavery Constitution. Copyright © 2021 by James Oakes. Used with permission of the publisher, W.W. Norton & Company, Inc. All rights reserved.

The historian James Oakes is a two-time winner of the Lincoln Prize for his works on the politics of abolition. He teaches at the Graduate Center of the City University of New York, and his latest book is The Crooked Path to Abolition.