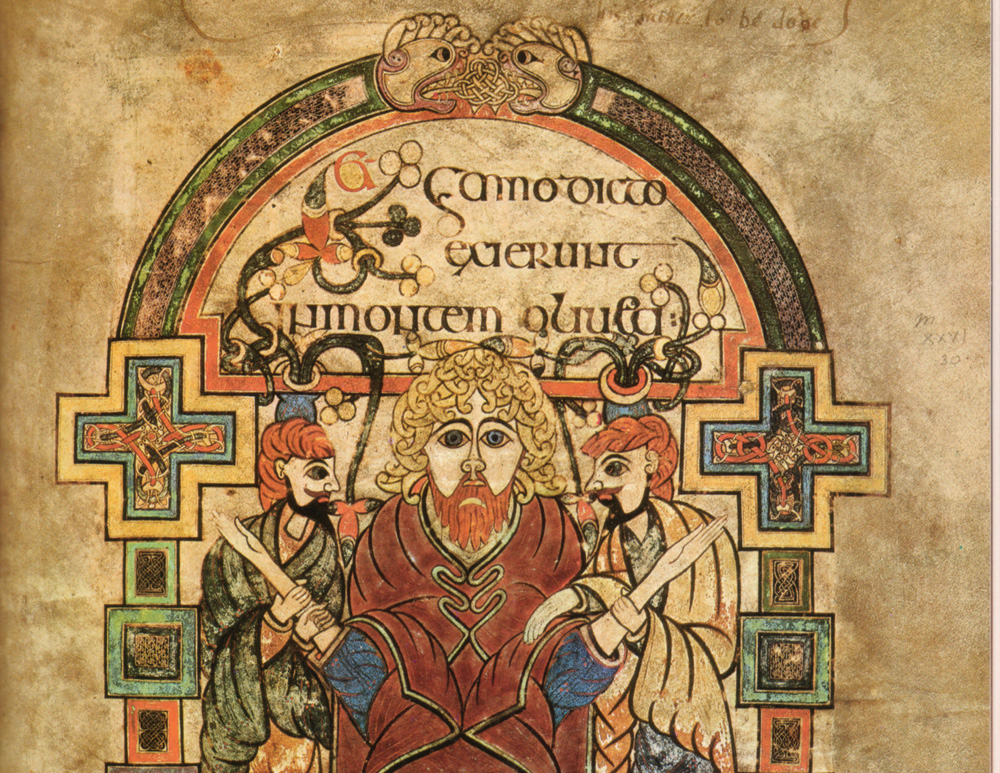 • Prenuptial agreements aren’t just for celebrities—the ancient Egyptians had them, too: “Egyptian women, no matter their marital status, could enter into contracts, sue and be sued, and serve on juries and as witnesses. They could acquire and own property (and fairly often, they did: a fragment of papyrus from 1147 BC, denoting thousands of land holdings names women as the owners of about 10 percent of the properties listed).” (Atlas Obscura)

• Trinity College Dublin, owner of the Book of Kells, filed trademarks for “BK merchandise” in an attempt to raise funds for the preservation of precious manuscripts. The college faced pushback from the other BK—Burger King. (Pictorial)

• Colonial Williamsburg’s new mascot, Liberty, is a Briard puppy that will be introduced to visitors as George Washington’s dog. The first president did own Briards, as did Thomas Jefferson and the Marquis de Lafayette. (Making History)

• The science behind the evolution of beer: “’Lager yeasts did not just originate once. This unlikely marriage between two species, genetically as different from one another as humans and birds, happened at least twice. Although these hybrids were different from the start, they also changed in some predictable ways during their domestication,’ said corresponding author Chris Todd Hittinger of the University of Wisconsin.” (EurekAlert!)

• What happened to the lost colony of Roanoke? Archaeologists in North Carolina have new evidence that points to one area as a possible destination for some of the colonists. (New York Times)

• Vladimir Nabokov makes himself into an American: “What we know for sure is that Nabokov became an American citizen in 1945 and that he carefully studied and catalogued the nation in the same way he carefully studied and catalogued butterflies at Harvard’s Museum of Comparative Zoology. He made notes on American phrases. He studied American magazines. He immersed himself—inserted himself, rather, deliberately and forcefully—into the world of American arts and letters. Maybe his strange desire to be American was the most American thing about him.” (Literary Review)

• Songs from the temperance movement suggested alcohol was akin to demonic possession and that taking the temperance pledge was more exciting than any cocktail. They were less than effective. (The Toast)

• “The absence of a beard is usually a sign of physical and moral weakness.” T.S. Gowing’s The Philosophy of Beards presents facial hair as a cure for consumption, infection, and intellectual decay. (Wellcome Library)